(CNN) — Priyam Saini and Anuj Dhir were living in different Australian cities when they met on an Indian matrimonial matchmaking site last June.

By February, they were married.

“I think when things are meant to be, they just happen quick,” says Dhir, a civil engineer.

A small civil service was held in New Delhi, in front of the couple’s families, and Dhir left soon after to start a new job. Saini, a psychologist, had planned to move from Brisbane to live with him in Sydney.

“We had so many plans, and now we’re just waiting to see each other,” says Saini.

The couple has been separated by coronavirus rules in two countries. And they’re not alone.

Of 18,800 Australian citizens and visa holders overseas who have told the government they want to return, 7,500 are in India.

In recent months, diplomats have helped 8,000 people board 45 flights from India to Australia, according to a spokesperson for Australia’s Department of Foreign Affairs and Trade (DFAT).

But some of the thousands of Australian citizens and visa holders still there say not enough is being done to help them get home. They’re angry, frustrated, and some are running out of money.

They blame limits Australia has imposed on international arrivals, which have halved the number of citizens and residents who are able to return home each week.

And they point to the government’s decision to allow 300 international students to return to Australia next month as proof that the country’s leaders have turned their backs on their own people.

Priyam and Anuj met online in June and by February they were married. They planned to settle down in Sydney together to build a new life as a couple.

Australia has imposed some of the world’s strictest border rules to stop the spread of the coronavirus. On March 18, it banned Australians from leaving the country. Two days later, it closed its borders to everyone who isn’t a citizen or a resident.

“We also strongly urge Australians looking to return home to do so as soon as possible,” Prime Minister Scott Morrison said at the time. Those who couldn’t, or chose not to return, were advised to listen to local authorities.

The first wave of Australia’s coronavirus cases peaked in late March, and for a few months it seemed the country had succeeded in suppressing community transmission. But in early July cases started rising again and the government tightened caps on international arrivals.

Before caps were introduced, around 8,000 people were returning to Australia each week. Now, only 4,000 are allowed in. No more than 350 people can land in Sydney each day — and fewer than 75 in Brisbane, Adelaide and Perth.

No international flights are allowed to land in Melbourne, the epicenter of the second wave. Airlines are bumping returning citizens and residents onto later flights or canceling them altogether to comply with the rules.

In early August, Australia’s national cabinet announced the caps would remain until October 24.
“Right now, on the balance of risk, we need to keep those caps where they are,” the Prime Minister said on Friday, adding that the caps would be reviewed every two weeks.

The government says the limits are needed to ease pressure on the hotel quarantine system. All incoming travelers are required to quarantine in hotels for 14 days.

While hotel quarantine has been shown to work well in some cities, it has been blamed for the recent surge in cases in the state of Victoria, prompting officials to reimpose a lockdown.

Almost 99% of Victoria’s second-wave cases are linked to two quarantine hotels in Melbourne, the state’s capital, officials told an inquiry into the outbreak.

Australians in India say they’re being made to suffer for the failures of one state’s quarantine system — and say that its success in other cities shows that the risks can be managed.

“People making mistakes within the country is costing people like us,” says Sameer Raichandani, who returned to India in June to be with his father as he underwent chemotherapy for leukemia.

He hopes to be back in Sydney for the birth of his second child in early November but is slowly losing hope.

Vinod Nagaraja and Sangeeta Kumar had just enough time to move boxes into their new home in Sydney in February before boarding a flight to India the next day to spend time with Kumar’s dying mother.

They planned to return on March 26, after the funeral, but their flight was canceled as India went into a strict lockdown that stretched until June. They’ve been trying to book flights from Kochi, in the state of Kerala, ever since, and have suitcases on standby should seats suddenly appear.

“Within a moment’s notice we can leave, but the problem is just not getting tickets,” Kumar says.

Vinod Nagaraja and Sangeeta Kumar bought their first home in Sydney before rushing to India to sees Kumar’s ill mother. They planned to come back in March. Their new home has now been sitting empty for months.

A number of flights scheduled to leave India in July were canceled due to the flight caps. Two flights departed India for Australia in early August — and then two more were scheduled for August 22 and 26.

Saini, the newlywed, spent days in front of her laptop, waiting for the tickets to go online. When nothing appeared, she went to the Air India office in New Delhi to ask what was going on.

“I was just crying and crying because I got to know that tickets are already sold out, and we have no flights until October,” she says.

Air India said tickets for the two flights went to passengers who were bumped from previous flights — and even then, numbers were limited.

“The flights can carry only up to 45 passengers due to restrictions placed by Australian authorities,” an Air India spokesperson said.

No other airlines are allowed to fly from India to Australia, though India’s Minister for Civil Aviation, Hardeep Singh Puri, said last week the two countries were negotiating to schedule more flights.

Just four flights from New Delhi to Australia were scheduled in August, due to carry a total of around 400 people, according to Australia’s High Commission in India and Air India.

DFAT says it’s continuing to “explore options” for Australians to board commercial flights.

“There are currently no plans for Australian Government-facilitated flights out of India,” a spokesperson said.

There are no India-Australia flights listed on India’s “Vande Bharat Mission” repatriation schedule, which covers dates until October 23.

Mehul Patel’s wife Vibha and daughter Aarya are stranded in Rajkot, Gujarat. Patel hasn’t seen them in person since February and on Friday he missed his daughter’s first birthday.

Some are so desperate to get home they’re investigating charter flights.

Mehul Patel is trying to buy tickets for his wife and daughter who are stranded in Rajkot, Gujarat. He hasn’t seen them since February, when he took an earlier flight home to Melbourne. He missed his daughter’s first birthday on Friday and wants his family back.

Charter flights need permission from the Australian Border Force to land — and right now, none have been approved, Patel says.

For many, frustration turned to anger this month when the Australian government announced a pilot program to allow 300 international students to fly into Adelaide in September, to help prop up the struggling university sector.

The government insisted there would be no special charter flights.

“There’s no shortcut being granted to these international students who will come in this pilot,” Australian Trade Minister Simon Birmingham told the Australian Broadcasting Corporation. “They’re going to have to run the gauntlet of airline unpredictability, like anybody else.”

Nevertheless, Australians stranded in India fear foreign students will take seats that might otherwise have been allocated to them.

Bryce Onions, an Australian taxi driver who is biding time in a two-star hotel near the airport in New Delhi, says the government should be doing more to help Australians stuck abroad.

Onions left Australia before Christmas to spend time with friends in Darjeeling, West Bengal, and had planned to spend time in Egypt and Botswana before returning home. Those trips have been canceled.

“They’re saying, you know, to come home. After everything failed for me, I thought I’d go home, but then I couldn’t.”

Robert Lepcha, his wife and daughter are staying with extended family in Sikkim, India. He’s worried about having to travel to New Delhi — a hotspot for Covid cases — if they manage to find a flight.

Some Australians trapped abroad fear they’re going to run out of money.

Robert Lepcha, his wife and their two-year-old daughter are stranded in Sikkim, in northeast India. The trio had planned to return to Australia in the new year, after visiting extended family.

Before he left, Lepcha was working as a security guard at a taxi rank in the upmarket coastal town of Byron Bay, in New South Wales. Now, there’s no job to go home to — even if he could find a flight.

“At the moment all I’m doing is basically trying to borrow money from friends and family in Australia. All my savings are gone.”

Even if he could find a flight from New Delhi, Lepcha is anxious about taking his wife and child to the Indian capital, a four-hour flight away.

“Delhi is a hotspot. I’m afraid of getting Covid-19 myself,” he says.

Of more than three million Covid-19 cases, more than 161,000 are in New Delhi, where there have been 4,300 deaths, according to Johns Hopkins University.

On Friday, the Australian Prime Minister said the government was exploring ways to provide more help to Australians stranded overseas. Until then, for many, there’s no option but to wait.

The money Saini and Dhir saved for their honeymoon has been set aside for flight costs — if and when they can find one — and the 3,000 Australian dollar ($2,150) cost of quarantine.

Their relationship may have started as an online romance between two cities but being separated between two countries is “so much harder,” Dhir says.

“Back then, even though we were in a long-distance relationship, we had something to look forward to… Not knowing what the future holds, that’s really hard to deal with.” 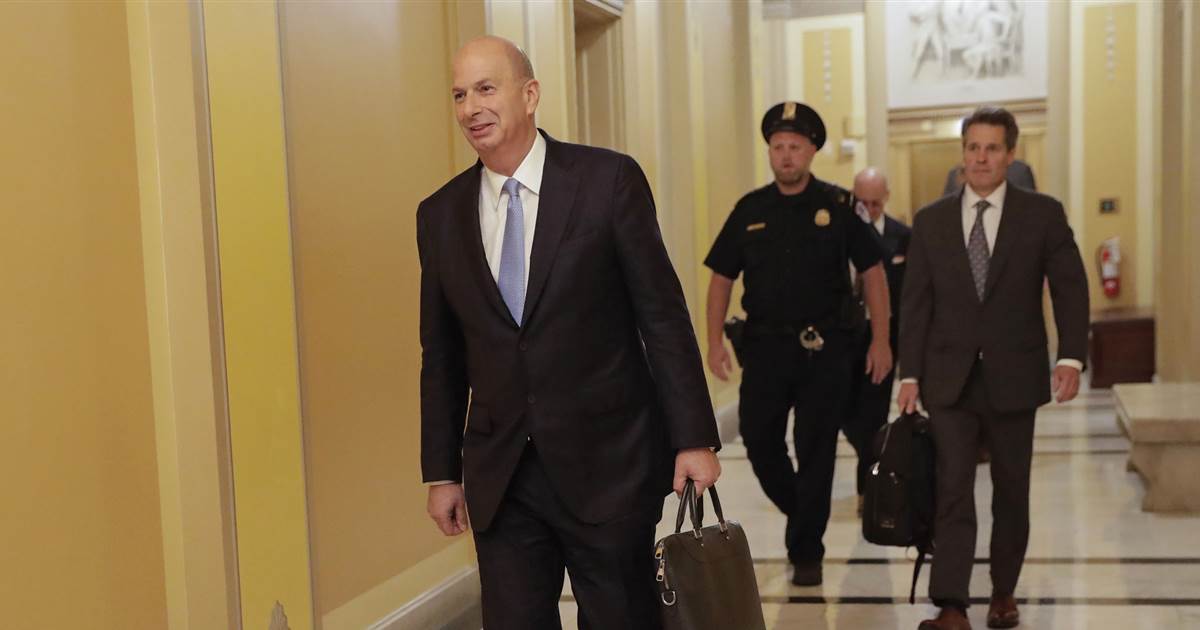 The U.S. ambassador to the European Union, Gordon Sondland, backed a Trump administration effort to change the leadership at Ukraine’s main energy […]

Laura Plummer, a 33-year-old shop worker from Hull was arrested in October after she was found with 290 Tramadol tablets painkiller tablets […] 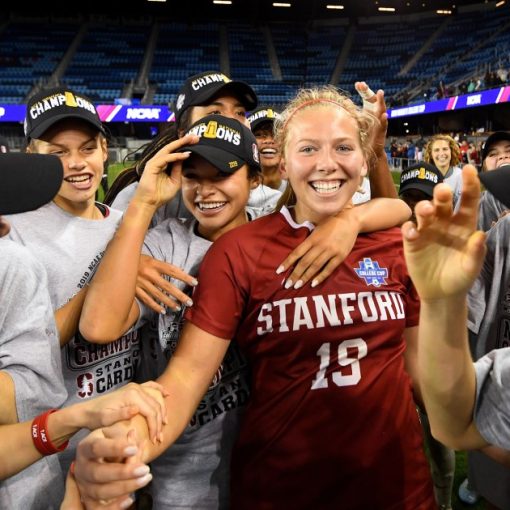 By all accounts, Katie Meyer’s life was moving in a positive direction. Meyer, 22, of Newbury Park, California, was on the dean’s […]