By Katie Weston For Mailonline

The study, titled ‘Saving Lives, Improving Mothers’ Care’, looked into the cases of 16 women who died in the UK between March and May this year.

It said eight died from Covid-19, six from respiratory complications of the virus and one from cerebral thrombotic complications. Two other women had contracted the infection but died from unrelated causes.

Four women died by suicide, including two who were still pregnant, and two were killed by their partners. 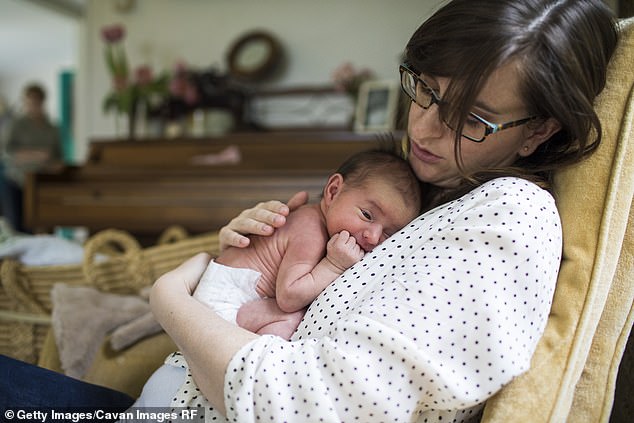 The study, titled ‘Saving Lives, Improving Mothers’ Care’, looked into the cases of 16 pregnant women and new mothers who died between March and May this year (file photo)

The report, published yesterday, criticised a lack of intensive care beds and access to mental health care during the pandemic.

‘Although assessors recognised that there were very high pressures on critical care services at the time of this woman’s death, as these enquiries have noted previously, critical care supportive treatment should always occur if beds are not immediately available.’

On the four women who died by suicide over the three months, it added: ‘It was evident that changes to service provision as a direct consequence of the pandemic meant that women were not able to access appropriate mental health care.

‘Receipt of the specialist care they needed may have prevented their deaths.’

It said that both of the women who were killed by their partners ‘needed safeguarding’, and recommended the guidance be updated to explain that actions such as moving to a place of safety should still be followed during lockdown. 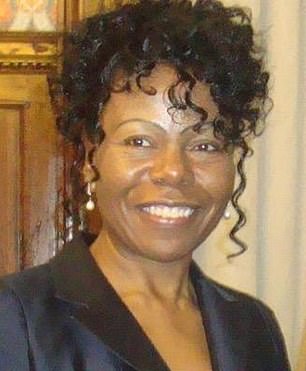 Jacqueline Dunkley-Bent (above), the chief midwifery-officer for England, said midwives will ‘always seek to learn lessons’

The report also pointed out that the majority of pregnant women who died from Covid-19 were from an ethnic minority background.

The reviewers added: ‘Women are also at particular risk of complications of Covid-19 if they have other medical problems such as hypertension, diabetes or obesity.

‘It is particularly important that women in these groups are advised to seek help early.’

In response to the study, Jacqueline Dunkley-Bent, the chief midwifery-officer for England, noted that the NHS safely delivered over 160,000 babies in the pandemic.

She said there was a 30 per cent increase in women accessing mental health support in April and the NHS ‘stepped up extra support’ after it became evident women from black, Asian and ethnic minority backgrounds were at a higher risk while giving birth during the crisis.

Ms Dunkley-Bent added: ‘While the overwhelming majority of women receive safe care for them and their baby, midwives will always seek to learn lessons and make care even safer, and my thoughts and condolences are with the families involved in this report.’

Petalo, not Charmin: Virus brings Mexican toilet paper to US

How to make a sourdough starter

Up to 250,000 Britons are waiting on coronavirus test results as Matt Hancock admits

Number of Brits drinking at high risk levels has DOUBLED to 8.5million since February

How to stop Covid-19 brewing trouble in your office

California's Air Quality Is Poor. Here's How to Protect Yourself.

Big drop reported in vaping by US teenagers