By Sam Baker and Tahir Ibn Manzoor For Mailonline

The world’s largest ovarian tumour which weighed a staggering eight stone has successfully been removed by doctors from a 52-year-old woman in India.

The woman, who wishes to remain anonymous, had previously complained when her weight started ballooning up to almost 17 stone and that she could no longer walk as her feet had started swelling.

She had no idea that a giant tumour was growing on her ovary and was responsible for 45 per cent of her total body weight.

Dr Arun Prasad led the surgery on the woman to remove the tumour at the Indraprastha Apollo Hospital in Delhi, India. 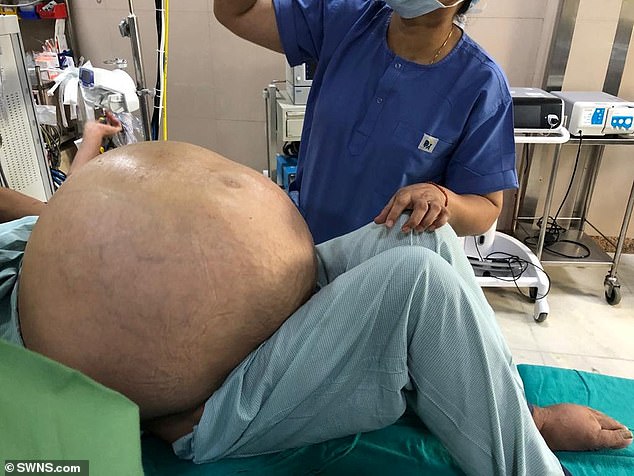 The world’s largest ovarian tumour which weighed a staggering eight stone has successfully been removed by doctors from a 52-year-old woman in Delhi, India

He said: ‘I have not witnessed anything like this ever before during my profession – in over three decades of experience.

‘We should consider it as a miracle that the woman is recuperating well after being operated on for over 180 minutes.’

It is believed that the weight of the tumour would have caused her ovary to explode if it had been left untreated.

The woman received a blood transfusion before the operation because she had started to suffer from anaemia, causing her haemoglobin drop – which is responsible for transporting oxygen in blood. 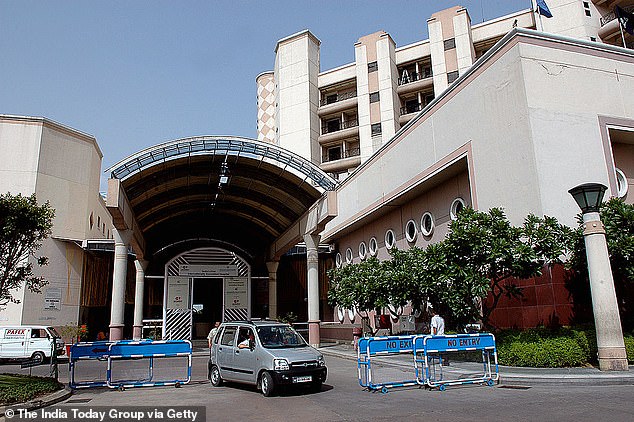 Dr Prasad  praised his team for the ‘wonderful’ job they did when removing the tumour.

He said: ‘I see it as an incredible achievement the way the operation has been done.

‘There was no room for error. The team put in commendable efforts, to say the least.’

Abhishek Tiwari was another doctor involved in the surgery and he said that while he was delighted that the patient had begun to recover so quickly, she was also lucky that the tumour had not caused any of her organs to fail.

The patient was set to be discharged to, only one day after having the surgery.

Congo's sapeurs pass their style on to a new generation

Microsoft 365 suffers outage across the US

Covid cases climbing again in U.S. while Fauci warns 'we're not in a good place'

Fauci concerned about misleading information being given to Trump