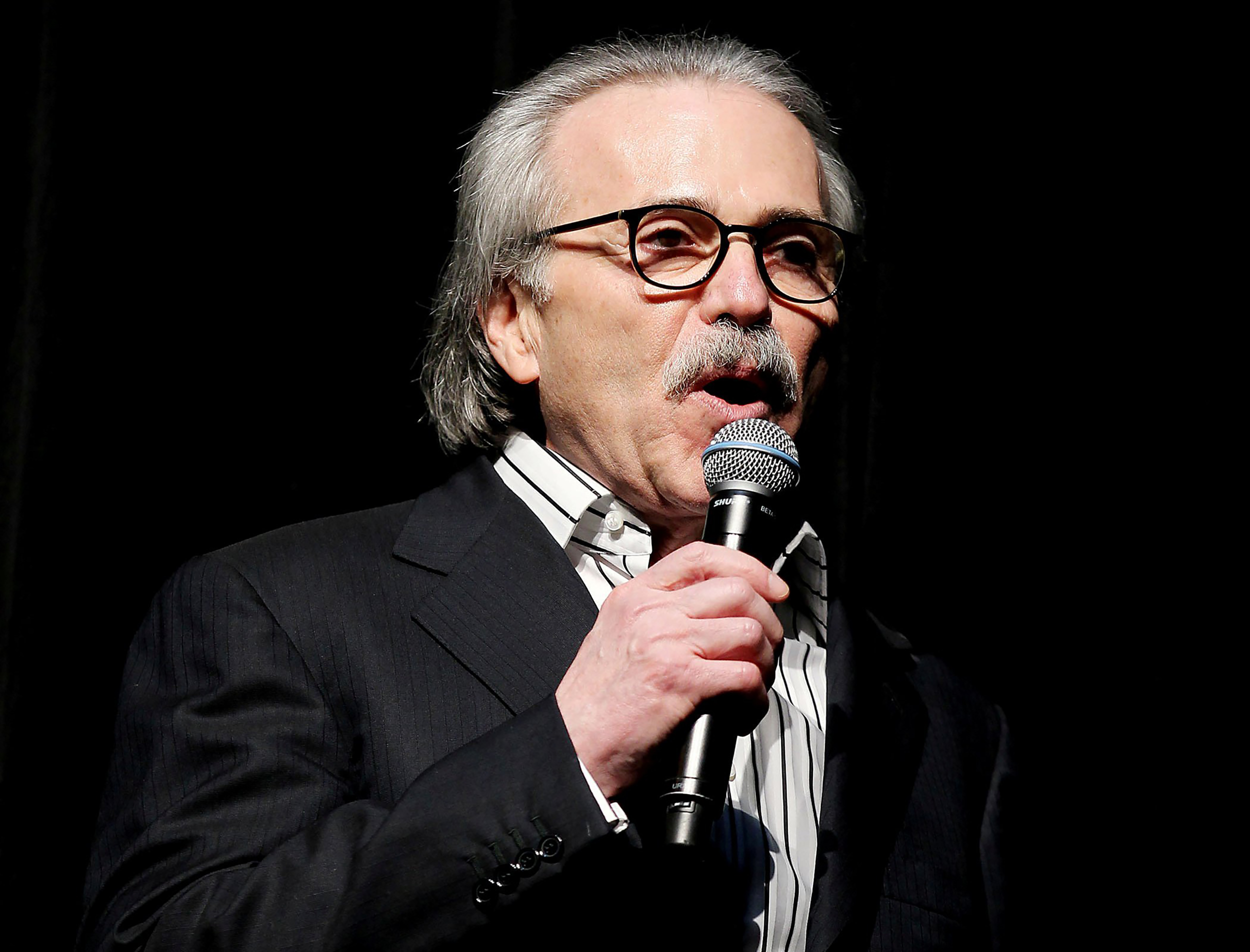 David Pecker is stepping down as CEO of the National Enquirer’s parent, ending a reign that saw the company entangled in a campaign-finance scandal that sent President Donald Trump’s personal lawyer to jail.

Pecker’s company, American Media Inc., is being taken over by Accelerate360, a logistics firm based in Smyrna, Georgia, whose recent efforts include the delivery of millions of facemasks and units of hand sanitizer.

Accelerate did not disclose the terms of the deal in its announcement Friday. But it said the combined entity would be headed by Accelerate CEO David Parry.

Chris Scardino, an 18-year veteran of American Media, was named president of A360 Media, the New York-based unit that will house American Media’s former titles, which also include Us Weekly, Life & Style and OK! Pecker will serve as an “executive advisor” to the company’s A360 Media division, Accelerate said.

Under Pecker, the National Enquirer for years buried potentially embarrassing stories about Trump and other favored celebrities by buying the rights to them and never publishing. The practice was known as “catch-and-kill.”

The Associated Press reported Pecker kept a safe in the Enquirer’s office that held documents on buried stories, including those involving Trump.

American Media admitted it had paid $150,000 to keep former Playboy model Karen McDougal quiet about an alleged affair with Trump to help his 2016 presidential campaign. Trump has denied an affair.

Federal prosecutors in Manhattan agreed in 2018 not to prosecute American Media in exchange for its cooperation in a campaign finance investigation. That probe eventually led to a three-year prison term for Trump’s former personal lawyer Michael Cohen.

Cohen is completing the last two years of a three-year prison sentence at home after pleading guilty to campaign finance charges and lying to Congress.

Cindy McCain endorses Biden for president in rebuke of Trump

'Well, I think it's a shame': Trump responds to America's staggering Covid-19 milestone

Siberia climate change: Behind the scenes reporting from Yakutia

They said it: Leaders at the virtual UN, in their own words

Driving test changes: These major updates are coming into effect from next week