Belgium was in shock today after footage emerged of a man being pinned down by police shortly before he died – while officers laughed and one of them gave a Nazi salute.

Jozef Chovanec’s death in the wake of his arrest in February 2018 has sparked comparisons with the death of George Floyd in the United States.

Chovanec was taken off a plane in Charleroi after refusing to show a ticket as he boarded, and taken to a holding cell where the footage shows him banging his head against the wall until his face bleeds heavily.

One policeman sat on his chest for 16 minutes while a laughing female officer performed the ‘Hitler greeting’, before Chovanec died in hospital the next day.

The Belgian government has reacted with shock after the images of the Slovak passenger’s arrest came to light.

Interior minister Pieter De Crem said that ‘it is something out of all proportion. The circumstances need to be clarified and an investigation is ongoing’.

Chovanec had been denied boarding at the airport after failed to show a ticket and behaved disruptively.

In the detention room, the security video shows him repeatedly banging his head against the wall.

Several officers are later seen entering the room to handcuff him, and when this fails to calm him they return to pin him down.

During this sequence, a female officer is seen in the cell dancing and making a Nazi salute. 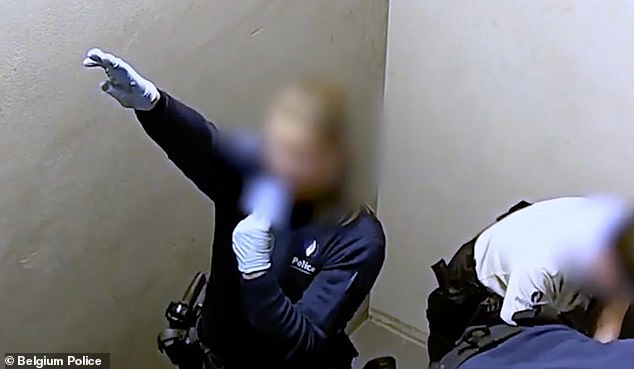 Outrage: A female police officer strikes a Nazi pose in footage from February 2018 which has recently come to light in Belgium 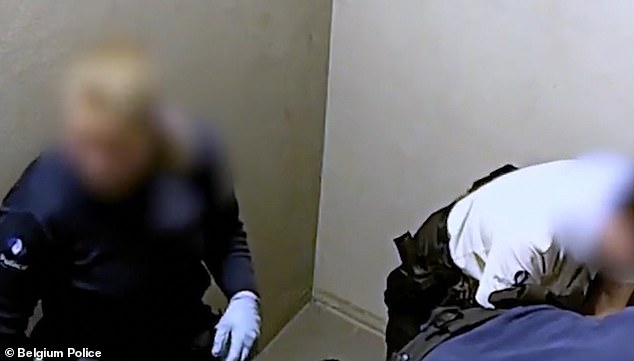 Arrest: Officers were laughing while the Slovak suspect Jozef Chovanec was pinned down in a holding cell. He died in hospital the next day

Chovanec was subsequently taken to hospital where he died the next day, officially of a heart attack.

His widow Henrieta complained to Het Laatste Nieuws newspaper, which first published the video, that the officers should have cared more about his urgent health needs since he was obviously in distress and needed to breathe.

Chovancova said the investigation is taking too long, telling De Morgen newspaper: ‘I am just sad.

‘It makes me feel even more that they tried to sweep my husband’s death under the rug, as if he were garbage that had to disappear,’ she said.

According to her legal team, Chovancova chose to make the video public against their advice after growing frustrated with the investigation.

‘Our client wanted to show these images to the world because she has no faith in the criminal investigation,’ said Lennert Dierickx, a member of the legal team that is led by Ann Van De Steen. 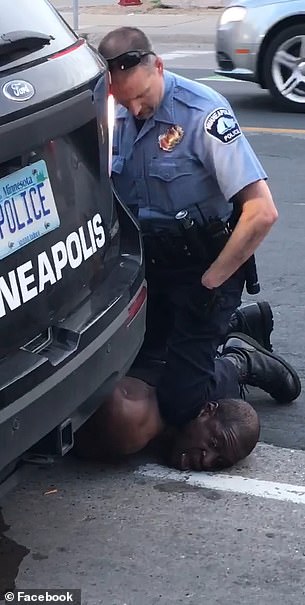 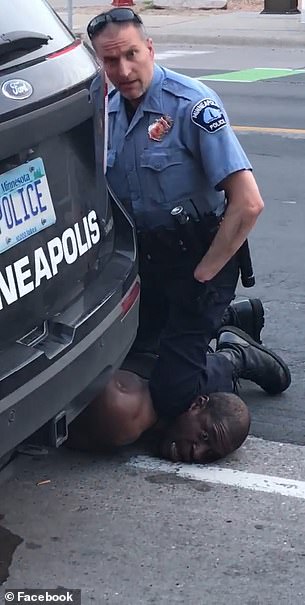 The Belgian incident in February 2018 has sparked comparisons with the death of George Floyd in the United States (pictured, Floyd is pinned down by white cop Derek Chauvin)

Belgian media says the female officer who made the Nazi salute has been suspended from operational duties.

A full investigation is ongoing, meaning that she could still be suspended or sacked, a spokesperson said.

Geens, the justice minister, said the probe faced delays because of the pandemic and because the defence asked for more investigative actions to be taken.

The issue has caused particular outrage because of its echoes of George Floyd’s death in Minneapolis in May.

Floyd, an unarmed black man, died after a white cop pressed his knee against his neck for nearly eight minutes despite Floyd’s pleas that he could not breathe.

Four Minneapolis police officers were charged over Floyd’s death, which sparked an unprecedented global reckoning on racism and police violence.

Belgium was affected by it in June when activists removed a statue of King Leopold II, the ruler responsible for Belgian atrocities in the Congo.

Leopold, who reigned from 1865 to 1909, amassed a huge personal fortune while the Congolese were killed or savagely maimed working on his rubber plantations.

American writer Adam Hochschild claimed in his 1998 book King Leopold’s Ghost that the death toll from Leopold’s policies was as high as 10million Congolese. 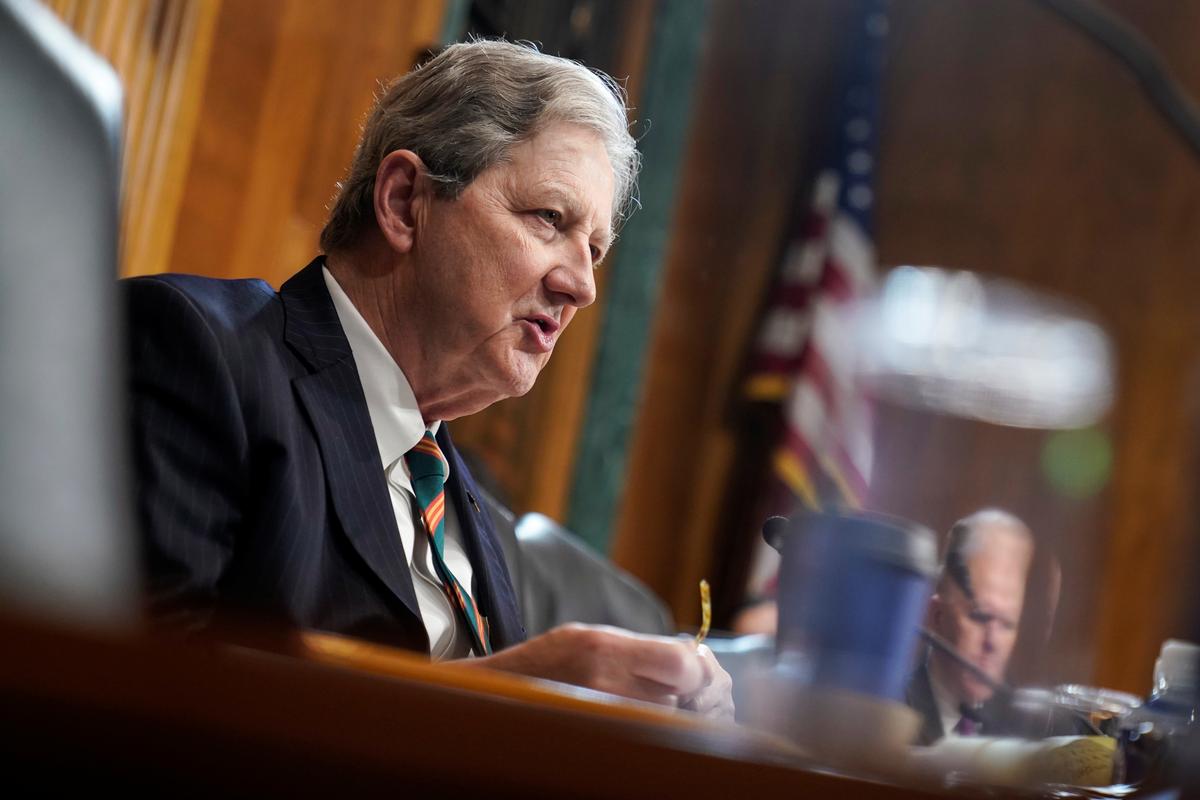 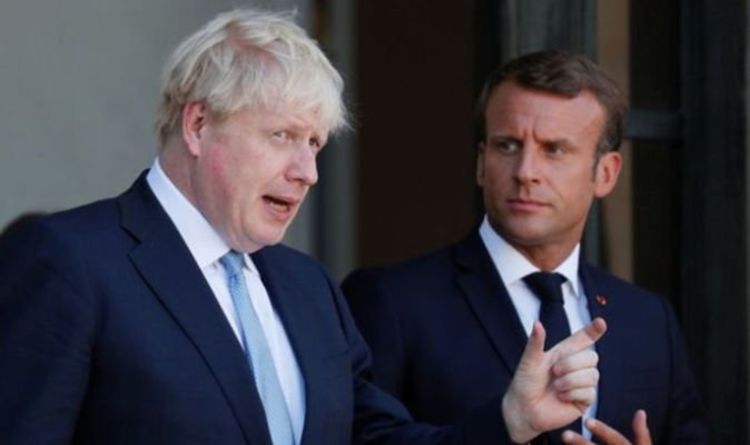 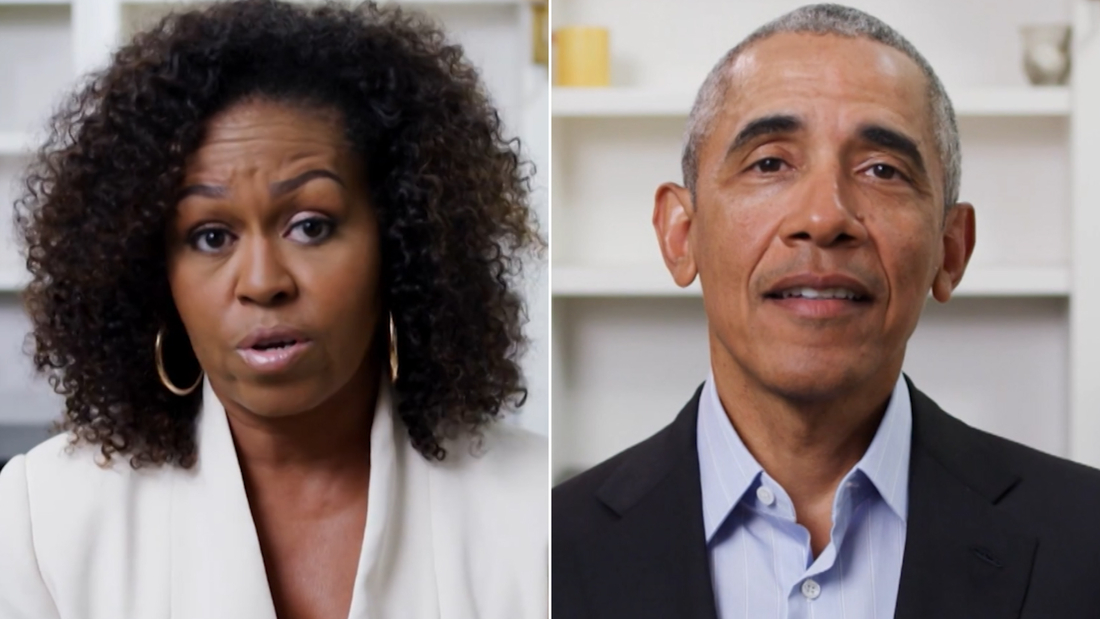 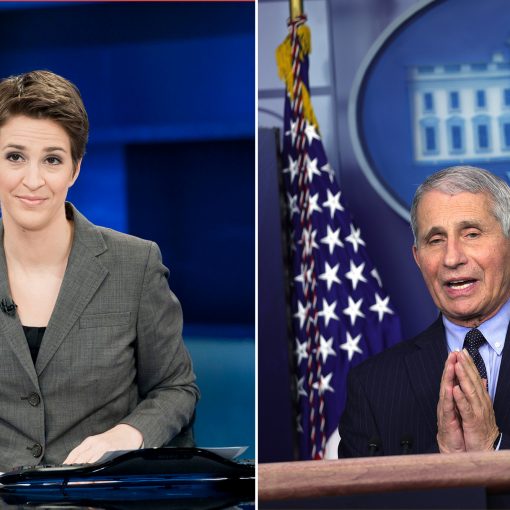 Dr. Anthony Fauci appeared very gitty during his debut appearance on “The Rachel Maddow Show” on Friday night and suggested the Trump administration previously “blocked” him […]