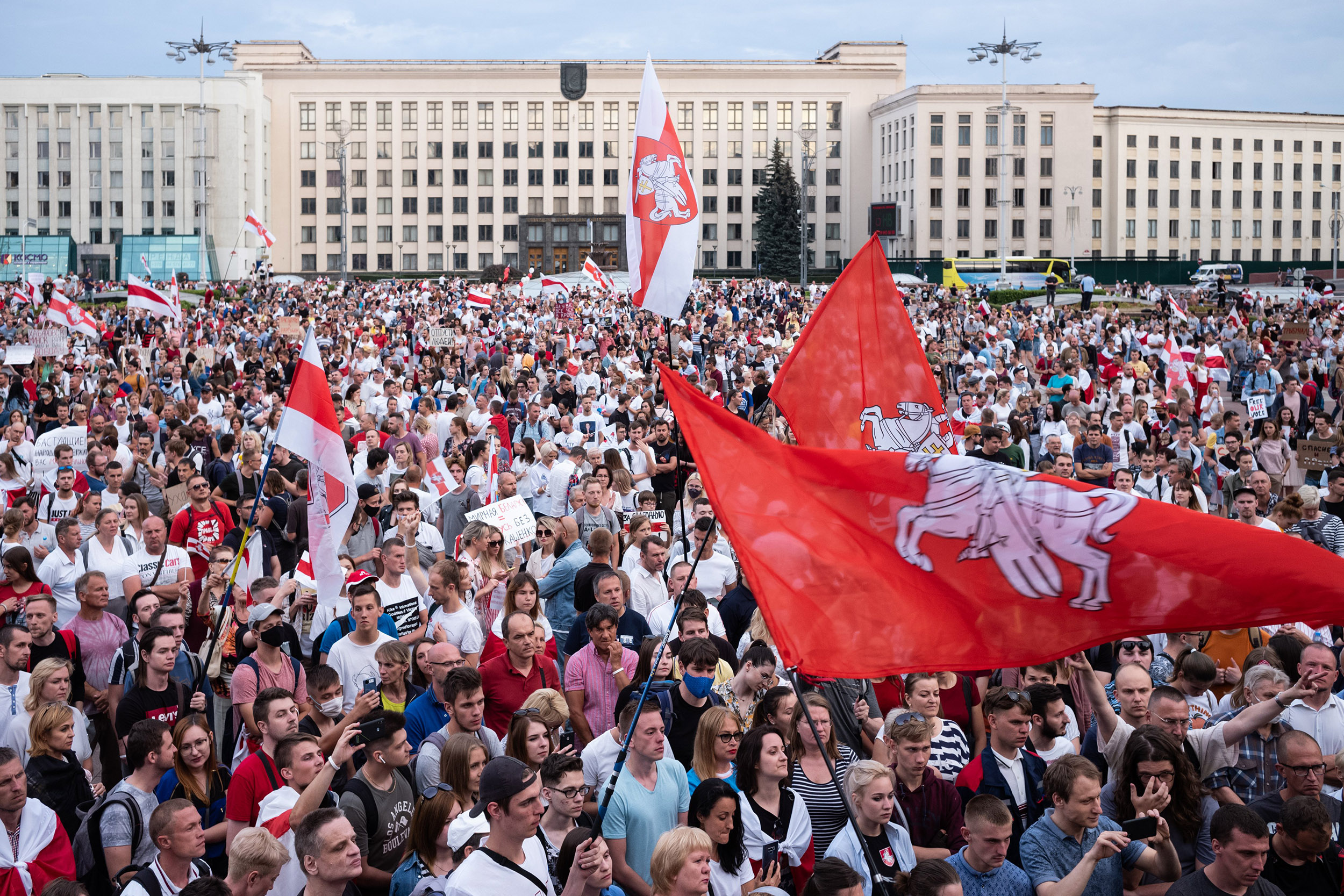 For Belarusian police officer Yegor Yemelyanov, the brutality was too much to take. Alarmed at the violent response to his country’s biggest popular uprising in modern times, he’s turned his back on his career, been detained and now hopes for a better future.

“Seventeen years of service are over. My conscience is clear. Police are with the people,” he wrote in an Instagram post last week, alongside a photo of his police ID, badge and commendation letter.

He quit the force two days after the Aug. 9 election that sparked a popular revolt against the regime of Alexander Lukashenko. His post came at the height of a violent crackdown on protesters, who loudly called for the end to the strongman’s 26-year reign.

Where previously there was fear and obedience, workers at a state-run tractor factory this week jeered a visibly angry Lukashenko and laughed at his defiant claims to power.

In the late hours of Aug. 10, Yemelyanov, 36, said he came back from a night shift, talked to his wife and made the decision to quit as images of protesters being beaten and detained by police on the streets of the capital, Minsk, were flooding social media channels.

“I feared the most that I would be sent into the thick of it and I would have to fight my own people,” he told NBC News from the town of Novopolotsk, 150 miles north of Minsk, where he lives with his family.

“I expected some sort of reaction [to protests] from the security forces,” he added. “I expected that they would be tough, but not to this extent.”

On the election night and the night after, the images and videos that emerged showed riot police beating the protesters with batons, firing rubber-coated bullets and using stun grenades after thousands took to the streets to show their discontent with the results of the election the opposition said was rigged.

Thousands were detained. Two protesters have died, and dozens were injured.

Reports from protesters released from detention centers have detailed accounts of severe beatings, mistreatment and humiliation.

“The brutality I saw has not allowed me to wear my uniform anymore,” Yemelyanov, a soft-spoken man, said, reflecting on the violence.

Yemelyanov, who served with the security department of the Interior Ministry in Novopolotsk, said he had asked to resign on the morning of Aug. 11, but was denied and told to remain on duty.

So he did not turn up for work and was officially dismissed, as documents he shared show.

Before returning his badge, he posted the photo announcing he was quitting on Instagram. That post has since been “liked” nearly 400,000 times and received 27,000 comments, mostly from strangers expressing respect for his decision and saying thank you.

But after signing dismissal papers, Yemelyanov said he was detained without explanation for two days, eventually charged with conducting “an unsanctioned event” on the internet and using a photo of his badge to express his personal feelings, court documents he supplied show. He said he does not understand the charges.

The court closed his case after not finding his conduct criminal, according to the document he supplied.

He said he has not faced any threats or reprimands from Belarusian authorities about his decision since.

“In the meanwhile, my photo has gone viral around the world,” he said.

The press office of the regional police force confirmed Wednesday that Yemelyanov was a staff police officer who relayed his intention to resign and was eventually dismissed last week.

As Lukashenko clings to power amid pressure at home and abroad, there are signs the security forces on which he has staked his quarter century rule are now turning on him.

A ministry spokesperson acknowledged in a public statement Tuesday that some police officers had quit amid the protests.

“We will not judge the small proportion of police officers who have today left the service out of personal convictions,” the statement said.

It also pleaded with others not to quit, saying the public would be left unprotected if “the entire police force today takes off its badges.”

On Tuesday, Lukashenko issued an order rewarding around 300 employees of the interior ministry for “impeccable service.”

It was not immediately clear if the order, dated Aug. 13, included any law enforcement officials who played any part in the crackdown on protesters.

As for Yemelyanov, he plans to stay in Belarus and look for another job, possibly in the fitness industry.

“At this point, I am almost sure that everything will end well,” he said, reflecting on the political situation in the country.

“I support holding a new election,” he added. “I am not for or against any candidates. But the election was obviously not fair and falsified, so we need a new election for sure.”

US accuses Syria of delaying constitution ahead of election

Trump uses outdated thinking in attempt to woo suburban women: I'm 'getting your husbands back to work'