GREAT BARRINGTON, Mass. — The world has caught up to Gregory Crewdson. In his large-scale photographs, which are produced with a movie crew in bravura Hollywood style, the people stare off into space, cloaked in solipsistic misery. The lighting is so portentous and the isolation and hopelessness so exaggerated that these scenes have always reminded me of Technicolor film stills from a 1950s melodrama — a kitschy imitation of life.

Until now. In the current locked-down world, which is hollowed out by economic collapse and fragmented by fear of contagion, Mr. Crewdson’s overwrought images seem like faithful representations of our frazzled psychological state. “It’s weird how all my pictures have taken on a new meaning,” he said.

In a masked interview last month in his Great Barrington studio, adjacent to the deconsecrated 1890 Methodist church where he lives, he and Juliane Hiam, his studio manager and romantic partner, hung his prints, which are more than seven feet wide and four feet high, one by one on the wall. It was the first studio visit since the pandemic lockdown in March, and Mr. Crewdson, 57, a stocky, affable man, looked relaxed in a T-shirt and shorts.

His most recent body of work, a 16-photograph collection he calls “An Eclipse of Moths,” will be presented in late September at Gagosian in Beverly Hills, and subsequently in Paris and New York. He shot the pictures on the outskirts of Pittsfield, a depressed town 20 miles north of his home in the Berkshires.

His central decision when he stages a photograph is selecting the site. “I spend a lot of time driving around, finding locations that can accommodate a picture,” Mr. Crewdson said, explaining the elaborate scouting procedure for his constructed images. “Returning to these locations, a story will come into my head.” He then describes the concept to Ms. Hiam, who writes a scenario that will provide a template for the shoot. “There’s no motivation, no plot,” he said. “I love the idea of creating a moment that has no before and after. I do everything I can to make it as powerful as possible.”

The collection’s name alludes to a term for a cluster of the nocturnal flying insects, which gather around an illumination source, eventually obscuring it. The hard-bitten figures in his photographs are similarly attracted — metaphorically to a promise of grace, literally to radiance — in a quest that ends in self-defeat. Driving home that trope, Mr. Crewdson brought street lamps into many scenes, fitting them with special lights that cast an eerie glow.

The region has been hit hard by the opioid epidemic. “On a daily basis we would see O.D.’s,” Mr. Crewdson said. He and Ms. Hiam recruited local people to appear in the pictures, and for some, a dejected air and a vacant stare did not require acting.

Embellishing his landscapes, he painted billboards and altered the street signs. He towed in dilapidated cars and installed an old telephone booth. “We age everything,” he said. “It should all look slightly broken. We work closely with the town. I asked them not to pave any streets, cut any grass. It’s all in the effort of making a world that is beautiful and unsettling. I want it to feel both timeless and of the moment.” Everything appears to be outmoded, even the overhead electric wires.

He shot “An Eclipse of Moths,” and previous sequences of Berkshires-based photographs, during the summer, when the twilight is prolonged. Conveniently, he is off from his teaching duties at Yale, where he is the director of graduate studies in photography. “There is a New England quality in the majesty of some of the trees,” said his friend Deborah Berke, dean of the Yale School of Architecture. “A sturdiness and scale and greenness to some of those trees is in high contrast to the buildings and the cars and the other parts of the landscape that don’t have that staying power.”

The section of Pittsfield where he staged his pictures is near a General Electric transformer plant that poisoned the environment with PCBs but also employed most of the town. Ms. Hiam, who was born in Pittsfield, said, “My parents worked for GE. Everyone I knew had parents who came here for GE.” Pittsfield was devastated in 1987 by the closing of the factory, which now looms over the landscape like a ruined castle in a European village.

But Mr. Crewdson, who as a boy summered in a cabin in the nearby town of Becket with his Brooklyn-based family, sees the surroundings from a different vantage point. “He definitely feels the area is enchanting,” Ms. Hiam said. “It’s the feeling a vacationer would have — the detached and enchanted view. When he takes me around to show his locations, I’m often not seeing what he is seeing yet.”

As Mr. Crewdson shot the pictures two years ago, overseeing a large crew of technicians and actors, he was afflicted by mysterious maladies. “I’m not even sure it was conscious in terms of the content of the work, but one of the central themes for me is brokenness,” he said. “I was having a series of serious physical ailments that made going through life, let alone the production, a real chore.” He was short of breath, constantly fatigued, liable to fall asleep at odd times.

“There’s always an unconscious connection between my life and my work,” he said. “All my work really does start with a psychological state of looking inward and projecting outward — a tension between something very intimate and something very removed. I was also just coming out of a difficult divorce and had moved out of New York, trying to continue my relationship with my children by constant commuting. At the core, I felt my body had betrayed me.”

He delayed seeing a doctor until he was in postproduction, and then learned that he was suffering from severe sleep apnea, waking as frequently as 50 times an hour during the night. Since then, he has recovered. He follows a strict daily regimen: abstaining from alcohol, eating the same two meals (heavy on salmon), swimming in a lake for an hour and a half.

Mr. Crewdson’s chosen genre, the constructed photograph, is nearly as old as photography itself, but for a long time it fell out of favor. As early as the 1850s in Victorian England, Henry Peach Robinson and Oscar G. Rejlander engineered tableaus with actors and stage sets — and even, in a handmade precursor of digital manipulation, montaged multiple negatives — to create photographic facsimiles of history paintings or domestic dramas. But the sentimentality of their images and the subordination of the camera to the aesthetics of the easel damned those photographers in the eyes of their modernist descendants.

Over a century later, starting in the late ’70s, Jeff Wall, who was deeply schooled in art history and influenced by Conceptual art, brought the constructed photograph back into critical favor with his large color-transparency light boxes. Concurrently, but from more of a pop-culture vantage point (referring to Hitchcock, for instance, rather than Delacroix and Manet), Cindy Sherman’s “Untitled Film Stills” demonstrated the capability of the constructed photograph to express an artist’s personal obsessions and (in her case) feminist concerns.

Since then, Mr. Crewdson has been one of many artists, including Philip-Lorca diCorcia, Stan Douglas and Alex Prager, who explore various approaches to the practice. “They have been developing different models of production in a way that is unmistakably cinematic,” Roxana Marcoci, senior curator of photography at MoMA, said in a phone interview. “They are as attentive to the furniture and the location as to the faces and bodies of the people they are portraying. You have the aesthetic of the film still.”

Mr. Crewdson is a filmmaker manqué. “Almost from day one, I was interested in the intersection between movies and a still image,” he said. “I love movies maybe above all forms of art — the dreamlike quality of going to a movie and watching the light on the screen and being intoxicated by how that world seems separate from our world. But I think in single images, always. I’m dyslexic and have trouble with linear storytelling.”

Early in his career, in the mid-90s, Mr. Crewdson created and photographed dioramas of out-of-scale insects and animals in natural settings that evoked the uncanny hothouse atmosphere of David Lynch’s movie “Blue Velvet.” As he advanced, he employed actors and film crews to fabricate scenes with a similar emotional payoff on a grander scale. During production, fog machines cloud the air and water trucks wet the streets. Lights beam down from 80-foot-high cranes. Unusually for a photographer, he employs a camera operator to press the shutter and a director of photography to arrange the lighting. (Recently, he replaced his 8 by 10 large-format film camera with a Phase One digital camera, which, he says, has “100 or 200 times the definition.”) “I’m not comfortable holding the camera even,” he said. “I’m interested in what I see in front of me.”

The pictures in “An Eclipse of Moths” traffic less heavily in otherworldly encounters than in previous sequences, including “Cathedral of the Pines” (2016) and “Beneath the Roses” (2005). Still, they feature such off-kilter human activities as a young woman bathing in a concrete burial vault, another young woman standing on a broken-down fair ride called “the Cobra” and holding an erotic face-off with a shirtless youth in a discarded shipping container, boys on bicycles close to the abandoned GE plant who are watching a fire burn in the back of a truck, and a shirtless old man with a shopping cart full of junk outside a building marked “Redemption Center.”

The even lighting enhances the dreamlike quality. Everything is in focus, nothing is blurry. In postproduction, he creates seamless composites from various takes, so that the reflections in the rain puddles are as sharp as mirror images and the houses in the distance are as defined as the foreground buildings.

The son of a psychiatrist who treated patients in the family’s Park Slope house, Mr. Crewdson likes to describe how as a boy he would lie on the floorboards of the living room, hoping to hear what was being said below. “I was trying to listen to something that was hidden or forbidden in the domestic space,” he explained. He never could make out the conversation. Like the people in his photographs, these mysterious strangers tantalized his curiosity but kept their secrets just beyond his grasp. So the fascination never faded. “I’ve always been drawn to photography because of its inability to tell the full story,” he said. “It remains unresolved.” 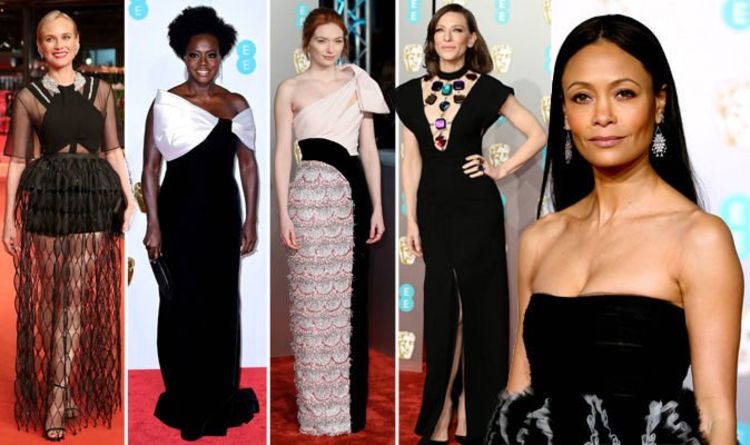 The BAFTAs red carpet sees some of the most famous women around the world step out in the best couture available. And […] 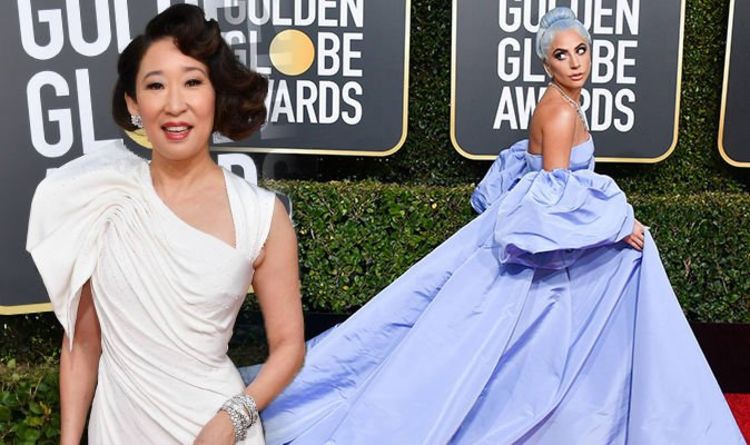 From Lady Gaga to Richard Madden, an array of stars gathered at The Beverly Hilton in Beverly Hills for the Golden Globes […] 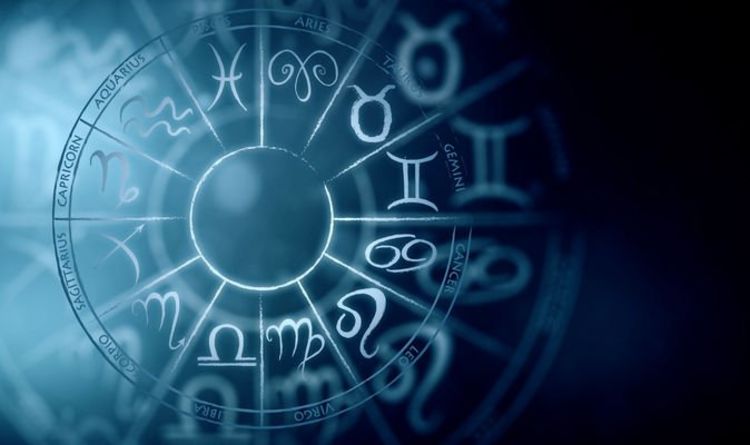 The week is unusual because it features at least one or two significant aspects on a daily basis. Wednesday, September 4, arrives […]

German diet will help you to lose 15 pounds fast and easy. This diet was developed by German nutrition experts for overweight […]