I was thrilled to listen to and watch “WAP,” Cardi B. and Megan Thee Stallion’s recently released homage to female sexuality and vaginal, shall we say, lubrication. (I recommend Googling what the acronym stands for, because it’s not something The New York Times is often allowed to print.)

As a gynecologist, I’m used to dispelling all kinds of vaginal misinformation in the office and online, but the one myth that is the hardest to undo — and that I encounter regularly with patients — is the idea that vaginal lubrication is “problematic.”

These women don’t have an itch or an odor. They don’t have pain with sex. They have no symptom other than their concern about the volume of their vaginal discharge or that they’re overly lubricated during sex. Or both.

I know the cruelty and damaging messages these women receive from various sources — men, mothers, friends, magazines and social media — all because of a system built and maintained (often by those without vaginas) that revolves around the culture of the problematic, shameful and, yes, wet vagina.

Did a partner (usually male, because I never hear this from women whose partners are women) complain about the wet spot? Get grossed out by white secretions on his penis? Say he “couldn’t feel anything?” Blame his lost erection or premature ejaculation on your lubrication?

Or perhaps it was the underwear challenge on social media, in which young women posted images of their underwear on social media to brag about their dryness and lack of discharge as a supposed sign of health and cleanliness. The douche recommended by a friend. The swab promoted on Instagram to wipe out the vagina after sex. The repeated articles in women’s magazines about the myth of eating pineapple to make oral sex sweeter. (And yes, it’s a myth. It’s a vagina, not a piña colada.)

Concerns about vaginal lubrication aren’t just limited to women who express concern about the volume of discharge — what is “normal”? 1 to 3 milliliters in 24 hours, which is almost a soaked a panty liner — or their wetness with sexual arousal.

Men and women would also know that needing or liking lubricant isn’t a sign of personal failure. Because women are also shamed when they are not wet enough at the exact moment the penis is ready for intercourse.

To be a woman and to partner with men is to constantly walk the edge of the knife between too wet and too dry. Gush on command, but not too much because then you’re promiscuous or gross or both.

An editor once told me the magazine where she worked needed at least one “vagina gone bad” article each week, that the quest for vaginal mayhem consumed editorial meetings. What sells copy is how to fix vaginas … that men feel are broken.

No one ever says that last part out loud.

The fear of vaginal wetness crosses cultures and religions and countries and eras. And it’s not just seen in direct shaming about lubrication. Every so-called vaginal hygiene measure can trace its lineage to the problematic wet vagina and other misinformation about the reproductive tract.

During the time of Hippocrates, and for centuries afterward, women’s bodies were considered physically inferior to men. According to this logic, one reason was women were “wetter” than men. This was not related to the vagina; rather, women’s flesh was considered loose textured and spongy so they absorbed more fluid from their food and became too wet.

The proof? Menstrual blood was excess fluid that the female body was unable to process “normally,” like men, so the uterus functioned an overflow valve to make up for shoddy plumbing.

Many medical therapies for women of the day revolved around ensuring regular menstruation to prevent the dangerous buildup of fluid as well as keeping the uterus in place as it could wander exerting pressure on organs causing illness. Many treatments were vaginal, often pessaries of herbs, oils or animal fats or fumigation of the uterus.

Today’s influencers and alternative medicine aficionados like to exoticize these practices as ancient wisdom, especially fumigation, which is now called vaginal steaming. But this practice would have been ineffective at best and it’s unclear in the rush to celebrate this practice as reclaimed lost knowledge if anyone looked at the actual recipes (I’ll spare you, but they can be horrific).

Most, if not all, of these ancient vaginal therapies would have damaged the vaginal ecosystem — a concept completely unknown at the time — leaving dryness or a sensation of dryness as a side effect. It’s not a leap to think the concept of vaginal health and dryness became synonymous, especially given a core belief for the teachings that led to Western medicine was women’s bodies were too wet.

Vaginal wetness, especially during sex, has long been erroneously considered a sign of previous sexual activity, which implies promiscuity. Medical beliefs and practices often conform to society, giving rise to so-called feminine hygiene measures that blurred dryness — the proxy for chastity — with health and cleanliness.

Almost every single feminine hygiene product will dry the vagina to some degree. So great is the physical damage that many increase the risk of some sexually transmitted infections (S.T.I.s) if exposed. Dryness also reduces sexual enjoyment for women, essentially turning them into receptacles for male pleasure; in fact, dryness can make sex uncomfortable to painful for both partners, but especially the woman.

The products used are as diverse and creative as they are pervasive. Some of the more common ones still in use include bleach, vinegar, lemon juice, oak galls, bags of herbs, soap and water, or wiping internally with a cloth. Sometimes the explicit goal is dry sex or tightness; other times the overt connection with sexual purity has been lost, and the purpose is simply unnecessary and harmful maintenance. A quest for something marketers have called freshness.

If a woman is wet she may be, according to this misinformation, the wrong kind of wet. An “unclean” kind.

It seems that everywhere women turn there is predatory messaging about vaginas, and much of it shares a common mutation: the erroneous belief that vaginas are problematic and the most dangerous vagina of all is wet.

Many women around the world learn these practices from their mothers, sisters and girlfriends. In the past six months I’ve seen two start-ups with so-called empowering but likely medically harmful products to clean vaginas — both led by women. And Instagram is filled with women selling a variety of unnecessary and damaging vaginal detoxes or promoting accouterments for vaginal steaming.

Having women perpetuate the misconception that a so-called clean vagina is a healthy vagina is the ultimate subversion of feminism.

The switch in seller from Big Feminine Hygiene (companies that mass produce douches, sprays or wipes) to Little Feminine Hygiene (various start-ups or makers of vaginal detox “pearls,” which are bags of herbs to be left in the vagina for several days), is simply another intertwining of culture and medicine to control the vagina at the expense of the health of women.

The cultural influence of religion or the importance of sexual purity has now been replaced by the quest for purity through so-called natural products — conveniently neglecting that the vagina in its natural state is self-cleaning and the mechanism for that is wetness. To say a vagina needs cleaning is perhaps the most unnatural statement of all.

So as I watched Cardi B and Megan Thee Stallion praise a wet and gushy vagina in a stunning display of confidence — and not just sexual confidence — I was thrilled. Not just to see the glory of “WAP” celebrated as it should be, but because now I have an actual cultural reference, a public celebration, to use while talking with women.

I don’t think “WAP” is going to smash the patriarchy, replace sex education or end predatory feminine hygiene practices, but talking about it is an empowering next step.

Dr. Jen Gunter is an obstetrician and gynecologist practicing in California. She writes The Cycle, a column on women’s health that appears regularly in Styles. She is also the author of “The Vagina Bible.” 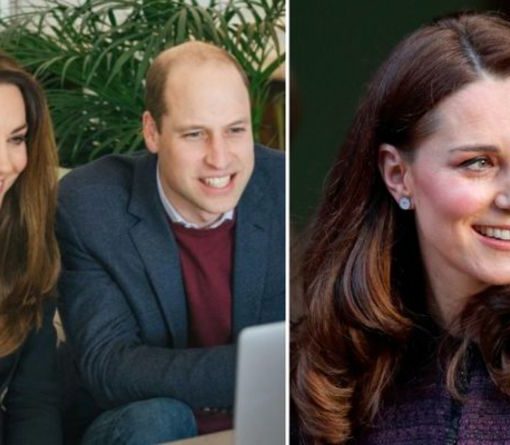 Looking at photos and videos of Kate during lockdown, Ricky is impressed with the care the Duchess has taken to look after […] 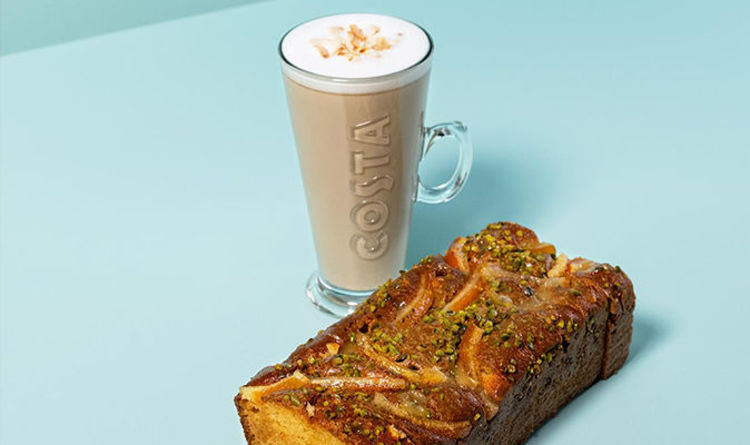 Fight off this cold weather with a cup of warm, delicious Costa coffee. Get your friends together for cozy afternoon or a […] 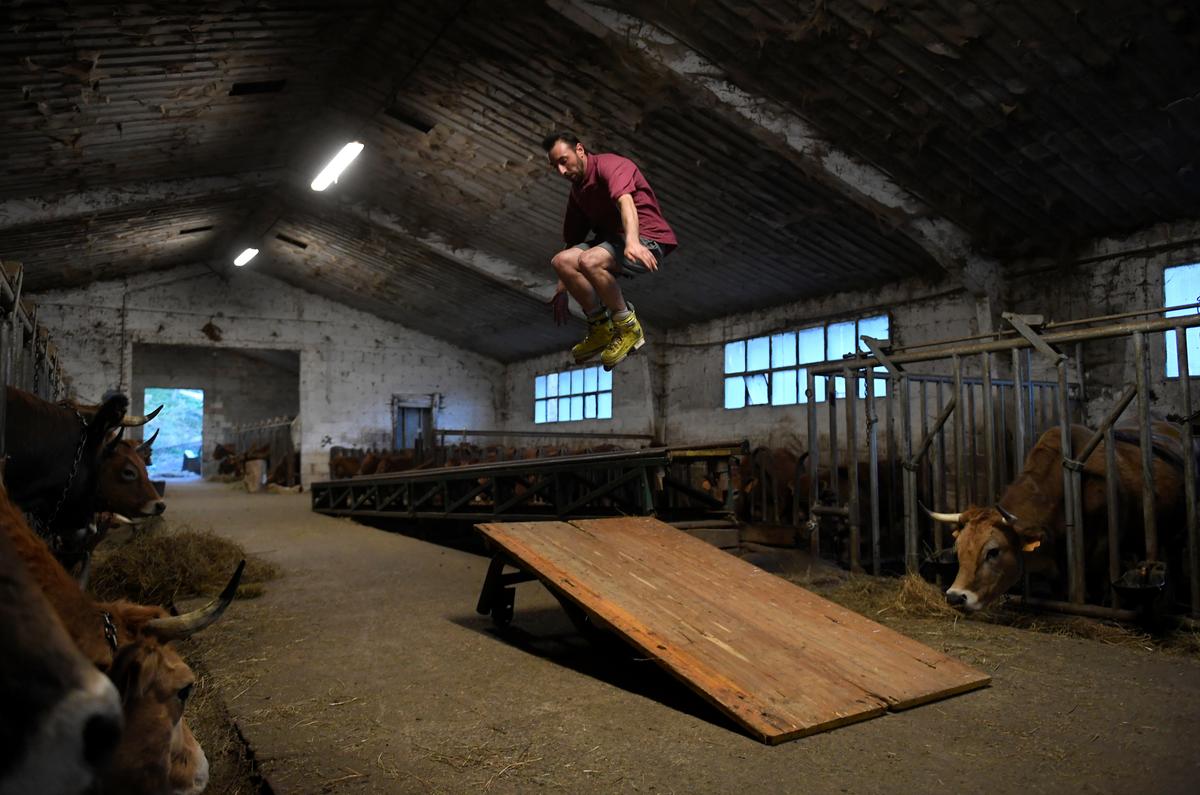 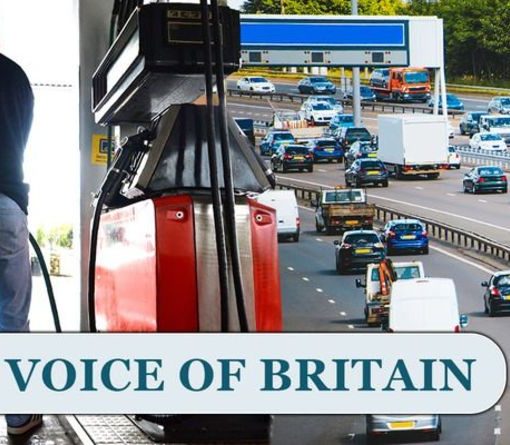 A majority of voters, 59.4 percent, think that the current road tax system, which charges all people equally, needs to change, out […]