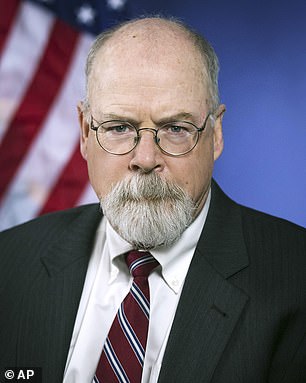 U.S. Attorney General William Barr has said there will be ‘a development’ in prosecutor John Durham’s investigation into the origins of the Russia investigation.

Barr said the development is ‘an indication that things are moving along at the proper pace as dictated by the facts in this investigation’ but pulled back slightly saying the development would not be ‘earth-shattering.’

The announcement was made on Thursday night during an interview with Sean Hannity on Fox News.

Trump’s most fervent supporters believe officials in the Obama administration looked to sabotage Trump’s candidacy in 2016 and later his presidency.

‘There are two different things going on, I said the American people need to know what actually happened, we need to get the story of what happened in 2016 and ’17 out. That will be done,’ Barr said.

‘The second aspect of this is, if people crossed the line, if people involved in that activity violated criminal law, they will be charged. And John Durham is an independent man, highly experienced, and his investigation is pursuing apace.

‘There was some delay because of COVID, but I’m satisfied with the progress and I’ve said there are going to be developments, significant developments, before the election. 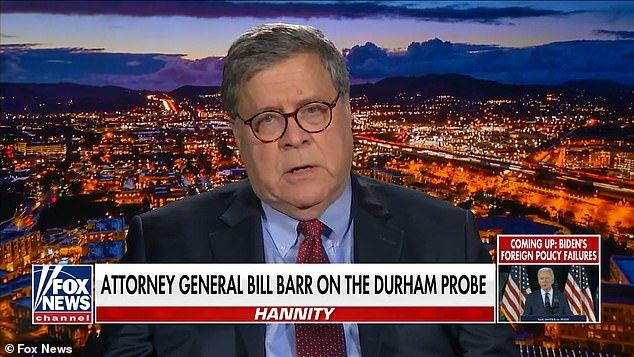 ‘What’s dictating the timing of this are developments in the case.’

‘When we feel we can prove a crime beyond a reasonable doubt, it will be charged, I can tell you that,’ Barr reassured.

‘The way out of the politicization and corruption of the justice system where it’s used as a political weapon by one party against another is not to deliver tit-for-tat, it’s not to use the tactics of the other side, it’s to uphold the rule of law, use the right standard, and that’s what I’m trying to do.’ 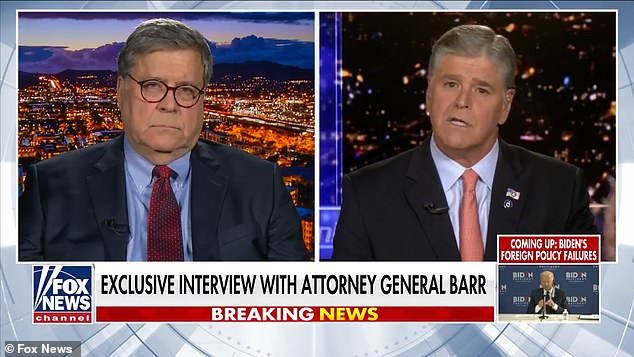 Barr appointed Durham to investigate origins of the FBI’s original Russia probe, which began in July 2016. He appeared on Fox News with Sean Hannity President Trump called the Russia investigation ‘the single biggest political crime in the history of our country,’ and alleged that ‘it goes right to Obama and it goes right to Biden.’

Barr said that the coronavirus pandemic delayed the probe, but that progress has been made.

Earlier on Thursday, in an interview with Fox Business, Trump said he hoped that Barr and Durham were not going to be ‘politically correct.’

Trump called the Russia investigation ‘the single biggest political crime in the history of our country,’ and alleged that ‘it goes right to Obama and it goes right to Biden.

‘Barr can go down as the greatest attorney general in the history of our country, or he can go down as just an average guy,’ Trump said. ‘It depends on what’s going to happen.’

Barr has said previously that Obama and Biden are not targets of the investigation but he did add that he was not going to be cowed by political correctness.

‘If I was worried about being politically correct, I wouldn’t have joined this administration,’ he said.

‘What happens after the election may depend on who wins,’ Barr said to Fox News last month.

The review, which became a criminal investigation last fall, has been derided by Democrats as simply a scheme to damage President Trump’s Democrat rivals before November’s election. 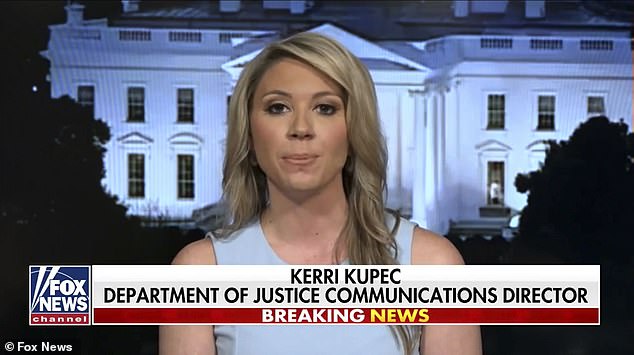 But Department of Justice spokeswoman Kerri Kupec said in July that the report was not the ‘goal’ of the criminal investigation but that it would be ‘pivotal to the restoration of that one tiered system of justice.’

‘There is a story to be told there. The American people deserve resolution, and frankly, justice deserves resolution,’ Kupec stated on behalf of Durham.

‘There are no guarantees in life, but we certainly hope to see one by the end of the summer. I think it’s important,’ Kupec said.

Kupec stressed that she was ‘hopeful’ a report would emerge sooner rather than later in an effort to prevent the Durham’s work from being potentially buried by a Democrat win, should Trump lose in November. 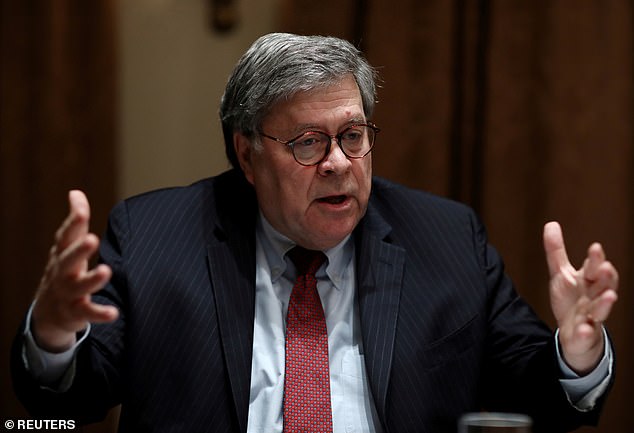 Horowitz’s report found that the decision the FBI made to investigate the campaign had not been motivated by political bias.

Special Counsel Robert Mueller’s investigation yielded no evidence of criminal conspiracy or coordination between the Trump campaign and Russian officials during the 2016 election.

Following Mueller’s investigation, Barr appointed Durham to then investigate the origins of the FBI’s original Russia probe, which began in July 2016, through the appointment of Mueller in May 2017. 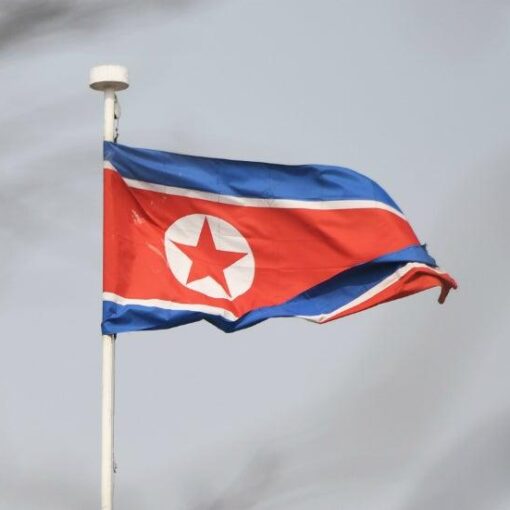 North Korean state media said on Sunday that the country performed tests that would be necessary to create a spy satellite, signaling […] 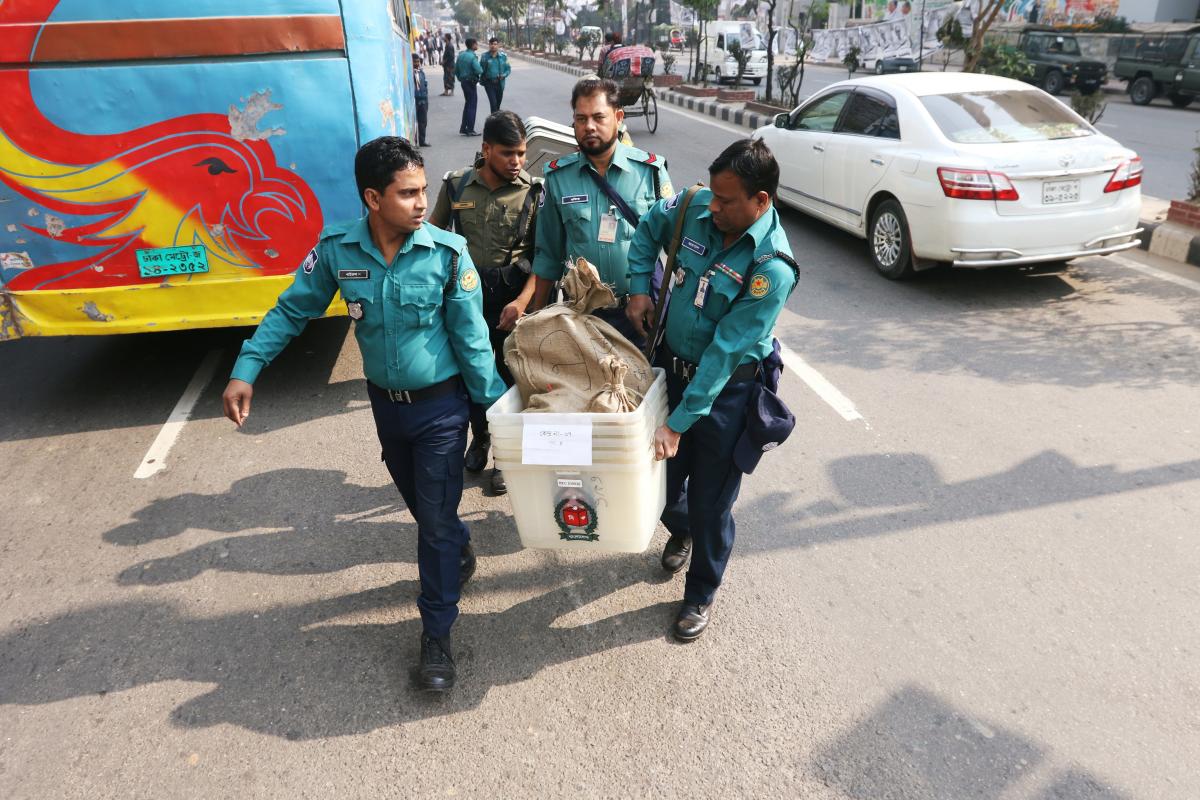 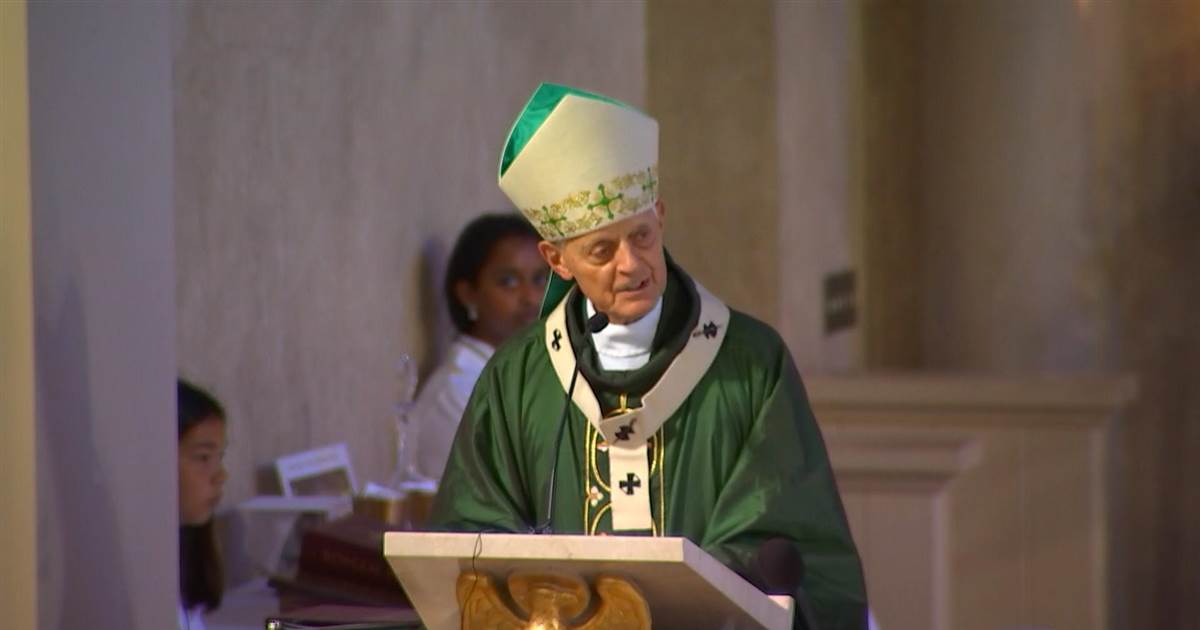 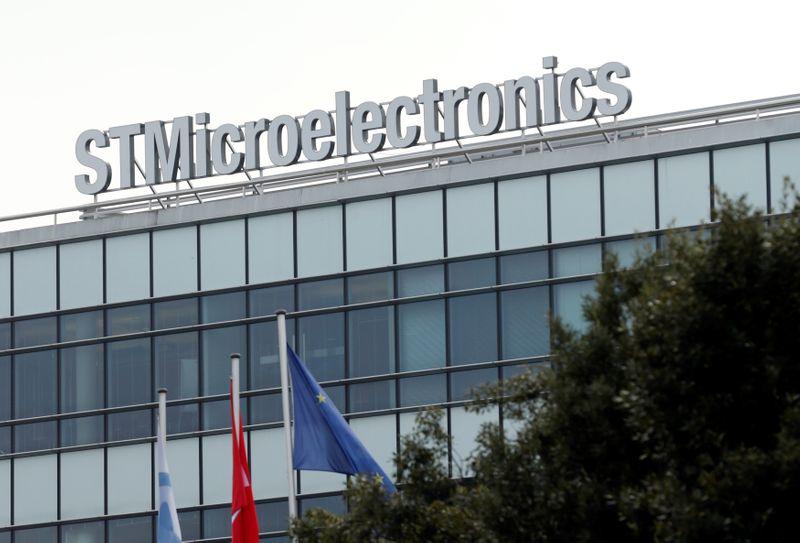 A logo is pictured on the factory of STMicroelectronics in Plan-les-Oautes near Geneva, Switzerland, December 6, 2016. REUTERS/Denis Balibouse (Reuters) – Semiconductor […]