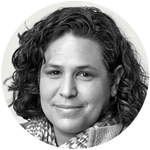 Last week, we published a series of photo essays documenting the outsize effect that extreme heat has on the poor and marginalized. The project began with an idea from a visual editor on the climate desk, Claire O’Neill. She wanted to show, through the eyes of ordinary people, the human impact of extreme heat.

Claire worked with our international climate correspondent, Somini Sengupta, to give the project shape. Together, they drew up a list of places where extreme heat and inequality are acute issues, then asked me to recruit photographers who could work with us. I reached out to a handful of photographers around the world. The goal was for each of them to find one person or family to really illustrate what it takes to survive in crippling heat.

The final plan involved six photographers on five continents. A challenge for the photographers was to focus on how heat specifically, rather than poverty more broadly, was affecting their lives: How the Rodriguez family in Houston keeps drapes and towels over their windows during the day to keep their home a little cooler, how Faith Osi in Nigeria covers her baby daughter’s body with talcum powder to protect against heat rash, how a farmer’s corn in Guatemala failed to thrive because of heat and drought.

Working safely is a challenge we’ve faced on every story during the pandemic, but this project presented some additional considerations. For each assignment, we consulted with The Times’s team of security experts to work out the details of each individual reporting trip.

We made sure the photographers had appropriate protective gear and, when necessary, shipped supplies to them from our offices in New York or London. In a couple of cases, days were spent waiting for the results of Covid tests or isolating at home before beginning work. We wanted to be sure the photographers and subjects understood how to minimize the risks, and we took great care to make sure we weren’t unwittingly becoming vectors of the disease.

As the photographers identified possible candidates for the photo essays, people who spent most of their time inside were ruled out. A retired couple in an Athens apartment with no air-conditioning? A father of five who works in a warehouse in New York? Both of those situations felt too risky for all involved.

Facts and figures tell part of the story — “Nearly everywhere around the world, heat waves are more frequent and longer lasting than they were 70 years ago,” Somini wrote — but we wanted to show our audience the situation on the ground. What does that heat feel like when you live next to methane gas flares? What is it like to wake up on a rooftop to a day built around the search for relief; some shade in the park or a few minutes by a fan at a cafe before the owner asks you to leave?

These photographs show the human side of the story, the details of what life is like in extreme heat. Please have a look.

Here’s what you need to know about the latest climate change news this week:

It’s not every day that an artist tells you your work was an inspiration.

But that’s what happened in June, when I received an email out of the blue from Fabian Oefner, a Swiss artist living in Connecticut, telling me about his most recent work and his research for the project. He said he’d been inspired by a series I did last year, with the visual journalists Ben C. Solomon and Max Whittaker, on the effects of shrinking glaciers around the world.

Truth be told, he was probably mostly inspired by Ben’s and Max’s spectacular photos and drone videos of melting glaciers in Switzerland, Kazakhstan and Alaska and Washington State, and by the presentations created by New York Times designers.

But when it comes to being a source of inspiration, I’ll take what I can get.

Mr. Oefner describes his varied projects as efforts “to visualize time in different ways” and says a love of science permeates the work. In his glacier project, “Timelines,” done in collaboration with Google Arts and Culture, he visualized the effect of climate change on two Swiss glaciers, the Trift and the Rhône, over time.

The Trift was the focus of one of our stories and is one of the most rapidly shrinking glaciers in the world. In the fall of 2018 Ben and I hiked up to the Trift, where the retreat of the ice has left an enormous valley (crossed by a spectacular vertigo-inducing footbridge) that a hydropower company wants to dam.

Mr. Oefner grew up about an hour from the glacier, and often hiked up to it and others in that part of the Alps. While he had learned about climate change in school, the hikes enabled him to see its effects on glaciers firsthand.

“Seeing with my own eyes they are really retreating and at a pace that is really unbelievable, especially with the Trift — it’s just mind boggling,” he said. “Being an artist, I thought of how I could document that or visualize it.”

His solution, which he has documented as part of the project, was to use drones and data. First, he obtained detailed measurements of the ice retreat at the two glaciers, recorded by glaciologists at the Swiss Federal Institute of Technology in Zurich since the 1930s. Then, he flew drones, each equipped with a small light, over the glaciers, tracing what would have been their outlines for each year.

Mr. Oefner took long-exposure photographs that captured the light trails from the drones and, in his studio, combined the yearly outlines into a single image for each glacier.

The result is something like a topographic map of climate change and time — unusual, and educational (and, to this journalist, inspirational).

“One of the goals of this project was to make data tangible, and bring it back into the physical world, using the drones almost as paint brushes,” Mr. Oefner said. “I think that’s really where this project comes to life and touches people, because it’s not just another data visualization, it’s something new. It’s almost like augmented landscape photography.” 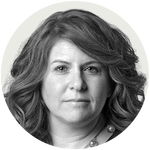 Ms. Harris was an original co-sponsor of the Green New Deal, an expansive plan to curb planet-warming greenhouse gas emissions while also addressing economic inequality. She supports abolishing the filibuster if Republicans stand in the way of passing climate change legislation and has called for a $10 trillion increase in spending over a decade as well as a price on carbon, with a dividend that is returned directly to households.

And her core environmental focus has consistently been on how poor communities are disproportionately affected by polluting industries.

A former prosecutor, Ms. Harris vowed to maximize the power of the legal system to punish corporate polluters. Last year she laid out specific plans for protecting vulnerable communities including establishing an independent Office of Climate and Environmental Justice Accountability and scoring environmental regulations or legislation based on how they affect low-income communities.

“I’m super hopeful,” said Catherine Flowers, an environmental justice advocate. The choice of Ms. Harris, she said, “is elevating the conversation and making it a priority.”

E-cigarettes are no better than alternative aids to quit smoking

Aviation’s contribution to global warming has doubled since 2000

Red squirrel and woodpecker argue over NUTS in a tree

NASA just fired up the most powerful rocket booster ever built — a key part of its Space Launch System to return humans to...

September 3, 2020
Letoya Luckett has found success both in music and in acting. OG Destiny’s Child fans also know that she was once in the group...