Lombardy, the region in the north of the country, became the epicenter of the coronavius outbreak in February. According to CNN, there have been 96,519 cases and 16,824 deaths.

Daniele Filisetti, a former Atalanta player who had to use an oxygen mask for 15 days after catching coronavirus, described the situation in Bergamo as a “slaughter.”

“We realized something was happening, but we didn’t immediately realize how terrible it was,” he told COPA90’s Martino Simcik. “Because I was here [in Bergamo], even when we had just started staying at home, you would hear the ambulances every minute and ask yourself what the heck is happening. You knew something was there, but the size of that thing, it took us a while to grasp it.”

Football returned in Italy in June with Gasperini telling fans the club wanted to “bring a smile to faces in a city that has been so damaged” — and now the club is three games from winning the Champions League in its first outing in Europe’s most prestigious cup competition, something no other club has achieved. History could be theirs.
Due to the impact coronavirus has had on the region, Tony Dorigo, former Torino, Chelsea, Leeds and England defender, told CNN Sport there was added incentive for Atalanta’s players to do the unthinkable and win the competition. The club faces Paris Saint-Germain in the quarterfinals on August 12.

“It’s devastating. What’s happened in that region has hit particularly hard so that they are very much clubs of the people as well. And they will feel it tremendously, so I’m sure that’s driving them on,” he said.

Five years ago, as Atalanta avoided relegation from Serie A by just one spot, PSG was winning its third consecutive French league title.

In the time since, the French giants have won four more titles in five seasons and Atalanta has, against the odds, qualified for the Champions League for the first time in its history. Wednesday’s match will be a footballing equivalent of David and Goliath.
To put the disparity between the two clubs into perspective, Atalanta’s record signing, Luis Muriel, cost around $21 million when he joined last summer. PSG’s record signing, Neymar, cost some 12.5 times as much, as the club spent an estimated $263 million to sign him from Barcelona in 2017.
The chairman of Atalanta, Antonio Percassi, is estimated to be worth around $1.1 billion. PSG’s owners, Qatar Sports Investments (a subsidiary of Qatar’s sovereign wealth fund), is valued at $320 billion.

“It’s a reason for pride, especially considering how they got there,” Filisetti explained. “Especially for its history. They got there slowly, with a President who is also a former Atalanta player.”

Like Ajax last year, Atalanta has become many neutral fans’ favorite team, with its perceived lack of superstar players and free-flowing attacking style of play.

Although ‘La Dea’ has finished in a European qualification position in each of the last four seasons, that hasn’t always been the case.

“More often than not, they’d be near the relegation spots,” Dorigo said.

“If they finished anywhere near mid-table, that was a good season, and that’s about as much as you expected of them.”

READ: Twenty years on after football’s most controversial transfer

So how did Atalanta reshape from a team that historically yo-yoed between the top two tiers of Italian football, to a team that qualifies for Europe every season?

According to Dorigo, retaining players from the club’s productive youth structure — which has produced Italian internationals such as Giampaolo Pazzini, Riccardo Montolivo and Roberto Donadoni — has helped.

“A lot of really good players come through their youth setup down the years,” the 54-year-old, who commentates on Italian football for British television, said.

For Filisetti, who was born in Bergamo and came through the Atalanta academy, “playing for Atalanta was the best thing.”

“People from Bergamo have always been attached to Atalanta. Either because Bergamo is small, or maybe as part of a cultural and sporting payback, I’m not sure.

“But … before being an Atalanta player you’re an Atalanta supporter. You sit in Atalanta’s home stand. It’s a tradition handed down generation after generation, ‘La Dea’, as it’s called here, is very deeply rooted in the spirit of Bergamo.”

However, the main reason for Atalanta’s change in fortunes has come in the form of a 56-year-old from Turin — Gasperini.

Gasperini was appointed manager of Atalanta in June 2016, following a successful spell at Genoa — and a not-so-successful spell at Inter Milan where he was sacked after just three months — and immediately brought about an uptick in form with his attacking style of play and innovative 3-4-1-2 formation.

In his first season in charge, the team scored 19 goals more than the previous season, improving its league position from 13th to fourth.

For Marten de Roon — who was signed by the club in 2015 and then sold to English side Middlesbrough a year later only to re-join Atalanta the next summer — it was obvious when he returned that Gasperini had made changes to the team’s “mindset.”

“When you went away from home in my first spell it was like, ‘Don’t lose. A draw is OK.’ Gasperini changed the mindset to winning,” he told The Athletic.

“It doesn’t matter who we are playing against, you have to try to win. If it’s Juventus away, Napoli away, of course it will be harder to win those games than if you play against the teams down the bottom, but the mindset has to be that you can always win, that you always want to win.”

The fruits of Gasperini’s success started to blossom last season, much of it attributed to the arrival of Jens Bangsbo, a Danish strength and conditioning coach who served under Carlo Ancelotti and Marcello Lippi at Juventus, in October 2018.

His team’s ability to go faster for longer has helped facilitate his attacking style of play. But Gasperini is not happy when his team is pigeonholed as a “physical team.”

“It bothers me a little when they say we’re a physical team,” he told Italy’s Sportweek magazine. “We are physical but we put a lot of emphasis on technique and we’re always working to improve from this point of view.”

The club finished third in 2019, qualifying for the Champions League for the first time in its 112-year history, and finished as the league’s top scorers.

This season, Atalanta have continued to break records on its way to another third-place finish. Once again, it scored the most goals in Serie A, finishing with 9 — the most goals scored in a single season since 1950-51.

It has scored seven goals in a game on three occasions this season. All with the 13th-highest wage budget in Serie A — the entire squad earns only €5m more per year than Cristiano Ronaldo.

Gasperini’s ability to pluck perceived underachievers and turn them into some of Serie A’s best players has created the backbone for his team, starting with diminutive Argentinian Papu Gomez, the team’s captain.

In Muriel, Duvan Zapata and the sublime Josep Ilicic, Gasperini has transformed players who arguably hadn’t lived up to their potential.

Zapata has scored 41 goals in the last two seasons, Muriel has scored 19 goals — his most in a single campaign — and Ilicic, at 32 years of age, is a candidate for Serie A player of the season — and became the first player to score four away goals in a Champions League knockout match when he netted four times against Valencia in March.

This season, Atalanta became the first side to have three players score 15 or more goals in a single Serie A campaign (Muriel with 17 and Ilicic and Zapata both with 15) since Juventus in 1951/52.

“I think he already had one or two important players there, but then trying to fill the gaps and holes around them was difficult when, of course, obviously where they’re from — a town of 120,000 people — so it’s not a big place at all,” Dorigo explained.

“They seem to have a great bond and unity but, my goodness, they played really attractive football. Over the last two or three years, they’re the most attractive to watch.”

READ: The mystery of the 1998 World Cup final

Doing it on the big stage

A stunning 8-4 aggregate win over Valencia in the next round meant it qualified for the quarterfinals.

PSG will likely be without its teen sensation Kylian Mbappe in the starting line-up after he suffered an ankle injury in the French Cup final win in July.
Atalanta will be without its own talisman after Ilicic returned to Slovenia for personal reasons. Gasperini said he was expecting a “tough” quarterfinal, even without Mbappe.

The Champions League resumes in Lisbon with all matches in the competition’s altered format now being played over one leg instead of two.

Due to its cavalier approach to games, Dorigo tipped Atalanta to excel in this condensed format.

“I think it increases their chances, of that I have no doubt. The home and away, it will be more difficult against the big boys but neutral venues for a one-off game, absolutely. They keep the ball for fun; they enjoy it,” he said.

“They’re never dull. But you wonder, can they do it with the cream of European football? It’s going to be interesting, but I do think anyone that underestimates will be in trouble.”

You can watch the full ‘Triumph through Tragedy: Bergamo, Atalanta and a European Dream’ documentary on Copa90’s YouTube channel on Thursday, August 13. 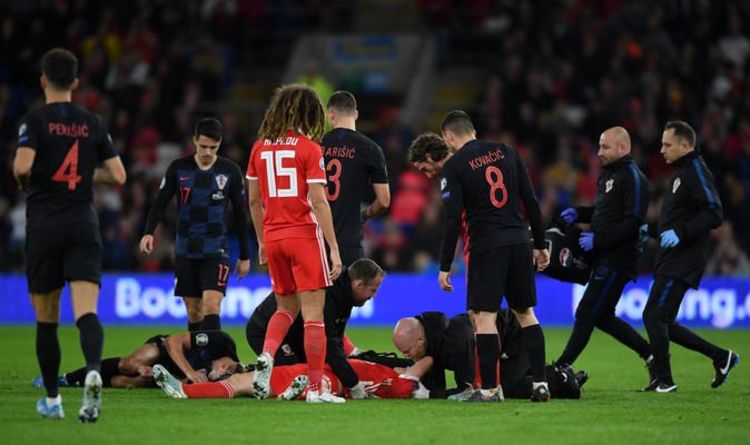 The Manchester United midfielder collided with Domagoj Vida and was left laid out on the ground. Medical staff rushed onto the pitch to […] 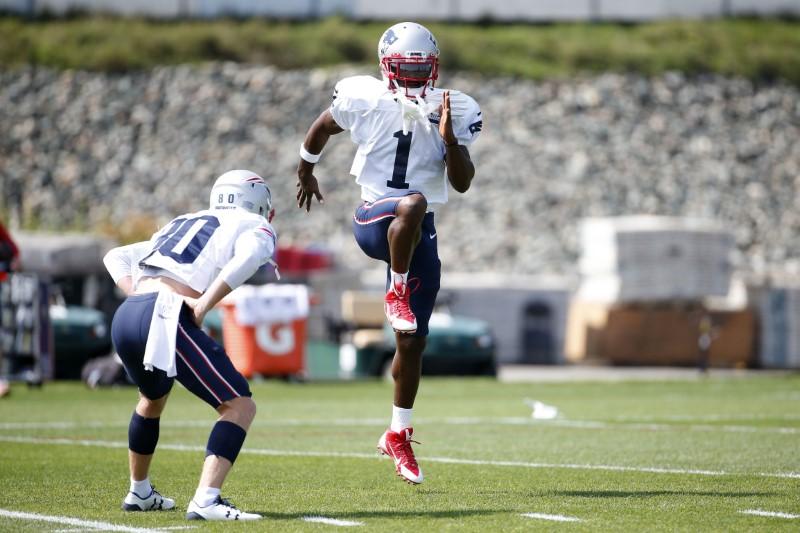 Antonio Brown will practice with the New England Patriots on Wednesday, but his future remains murky as the NFL meets on the […] 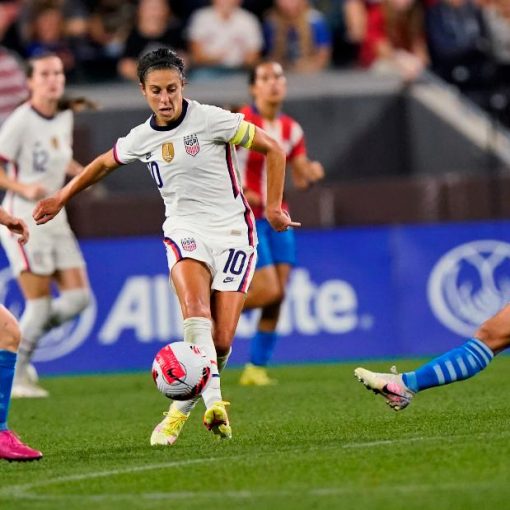 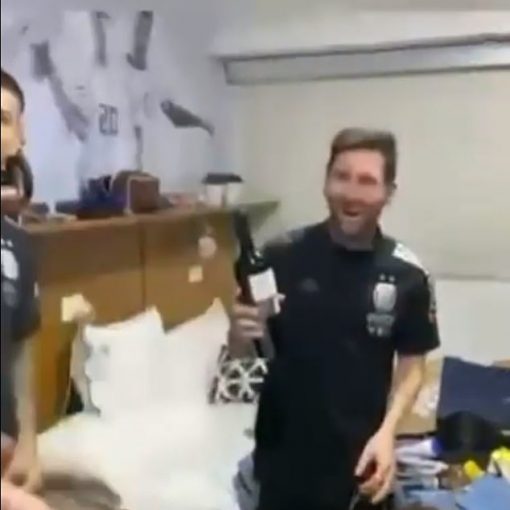