Tennessee man, 52, and his girlfriend, 22, lure woman into their home and torture, rape and strangle and mutilate her before stuffing her body parts in a freezer

By Rachel Sharp For Dailymail.com

A Tennessee couple lured a woman to their home where they tortured, raped and strangled her to death – before mutilating her corpse and stuffing it in a freezer, according to authorities.

Sean Finnegan, 52, and his girlfriend Rebecca Dishman, 22, were arrested Thursday and charged over the gruesome murder of Jennifer Paxton, 36, after her remains were discovered at their Oak Ridge property.

The murderous duo allegedly enticed Paxton inside their home on the promise of a place to stay, before putting their victim through a horrific campaign of abuse that culminated in her brutal murder.

The depravity continued after Paxton’s slaying, when Finnegan allegedly mutilated her body by cutting off part of her breast and nose and breaking her bones so he could hide her corpse in a freezer and under the couple’s bed. 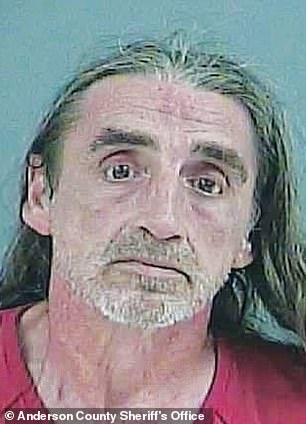 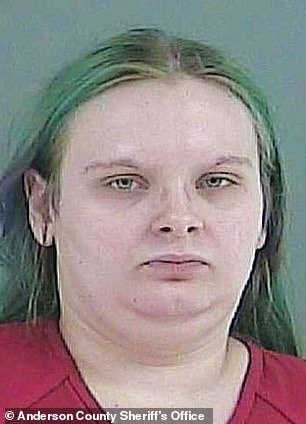 Sean Finnegan, 52, (left) and his girlfriend Rebecca Dishman, 22, (right) were arrested Thursday and charged over the gruesome murder of Jennifer Paxton, 36, after her remains were discovered at their Oak Ridge property

Police said Finnegan and Dishman lured Paxton into their home back in December and then held her against her will.

The victim was beaten with a baseball bat, restrained with a dog collar, chained to a bed and had her arms bound with zip ties so she couldn’t escape, court documents reveal.

Finnegan repeatedly raped his victim and the 36-year-old was also starved of food and refused medical care before being strangled with a ligature and left to die, WVLT reported.

Finnegan then ‘physically mistreated [Paxton’s corpse] in such a way as to be shocking and offensive’, the court records state.

The alleged killer used sharp instruments to cut off a portion of at least one of her breasts and her nose, according to the the documents.

He also allegedly broke several of the victim’s ligaments and bones in order to be able to stuff her body inside a stand-up freezer at the property. 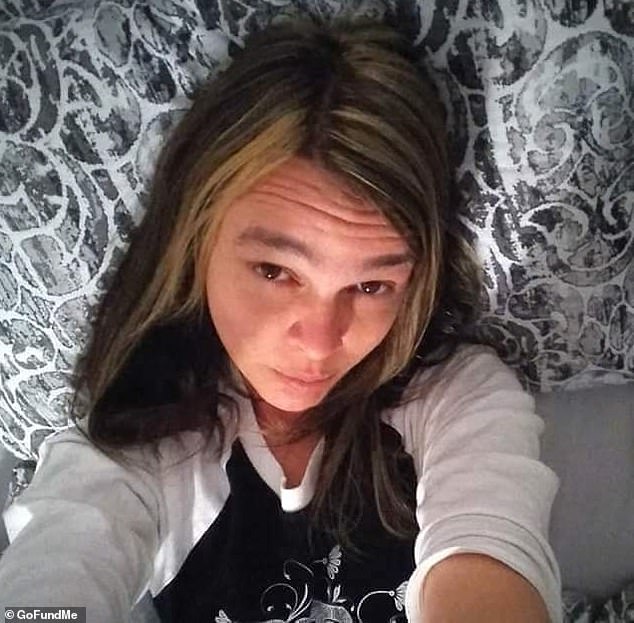 Jennifer Paxton pictured. Finnegan and Dishman allegedly lured Paxton to their home where they tortured, raped and strangled her to death – before mutilating her corpse and stuffing it in a freezer 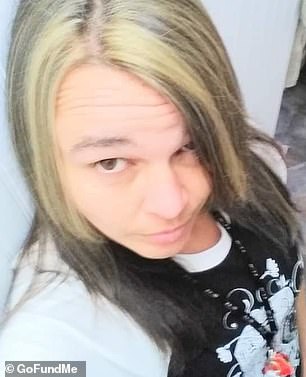 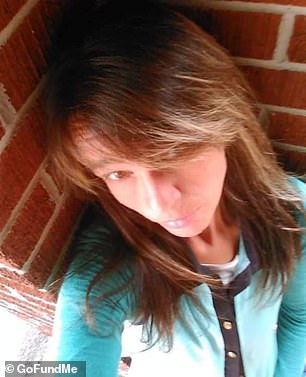 After her brutal murder, Finnegan allegedly mutilated Paxton’s body by cutting off part of her breast and nose and breaking her bones so he could hide her corpse in a freezer and under the couple’s bed

Investigators said the couple later removed Paxton’s frozen body and hid it under their bed.

Dishman is also accused of trying to cover up evidence of the crimes by using bleach and other cleaning products to remove blood and bodily fluids from the living room and bedroom floors as well as from the shower.

The net closed in on the suspects when Oak Ridge police were tipped off about a possible homicide at the couple’s home on the 300 block of East Fairview Road.

Cops executed a search warrant Thursday and made the grim discovery of Paxton’s remains.

The couple were arrested and both confessed to the gruesome crime, police said.

Dishman and Finnegan are both facing charges of first-degree murder, aggravated kidnapping, abuse of a corpse and tampering with evidence.

Finnegan is also charged with aggravated rape while Dishman faces separate charges of aggravated sexual battery and tampering with evidence.

Their bonds were both set at $1 million and they are scheduled to appear in court on August 18.

LA is told stay in their homes effective immediately

COVID-19 could lead to over 1 billion in extreme poverty by 2030, new UN study finds

2,000 people gather outside Staten Island bar that declared itself an 'autonomous zone'