The rich get richer: ‘Wealth gap’ between rich and poor has existed in human society for at least 6,500 years since people started inheriting farmland from their ancestors, Polish skeletons reveal

Disparity between rich and poor is not a recent development and has been prevalent in human society for more than 6,600 years, a study finds.

Archaeologists digging up Stone Age skeletons in Osłonki, Poland were hoping the remains would shed light on the diets and farming habits of the time.

But instead they found that people who had extravagant burials with expensive items also had more money during their life time.

It is thought this inequality came from the inheritance of farmland, with the first settlers hogging the best land and leaving nothing for later inhabitants of the village. 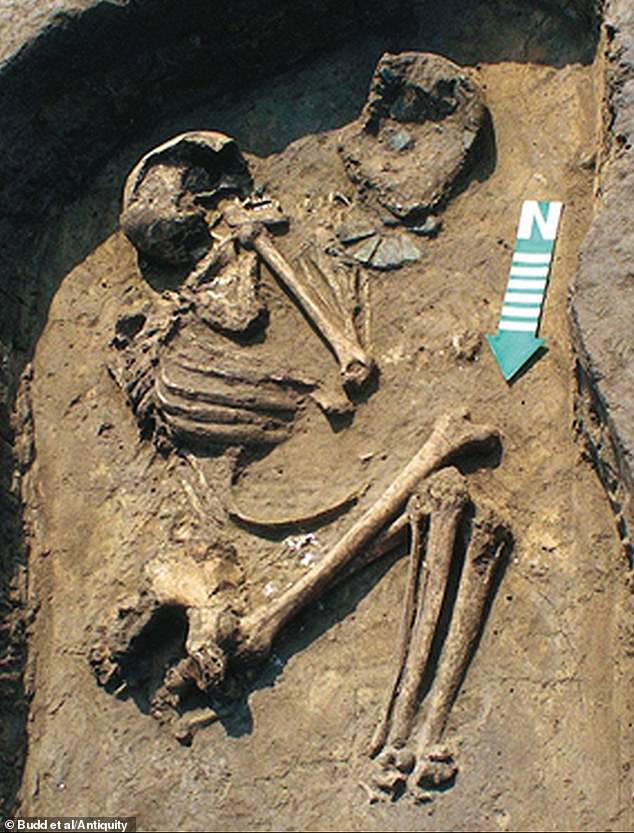 Archaeologists digging up Stone Age skeletons in Osłonki, Poland found that people who had more money in life had more extravagant burials and were accompanied to the afterlife with more items 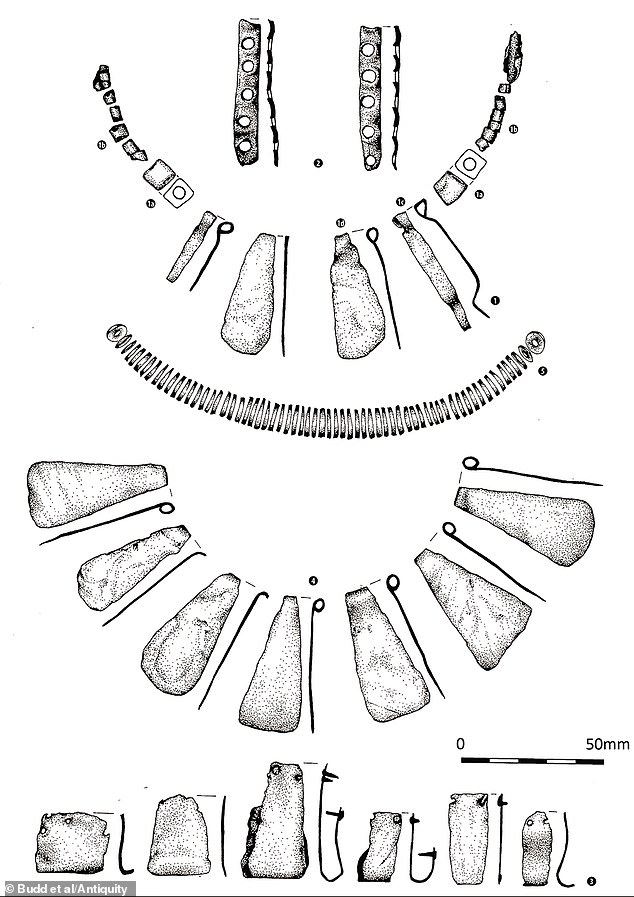 Pictured, drawing of some of the copper ornaments found in the Polish graves. A total of 50 strips, 200 beads, five pendants and a diadem were found alongside 30 people

Experts have long been aware of the fact that some people were buried with copper ornaments as well as artefacts made from shell, antler and bone.

Among the copper ornaments were 50 strips, 200 beads, five pendants and a diadem.

Researchers focused on disparity in copper items, which was likely the most expensive because it was mined hundreds of miles away in South-Central Europe.

However, it was unknown if the presence of precious ornaments was an indication of wealth during life, as has been proved for later eras, or whether they were simply items donated by the community to show respect for a particular individual. 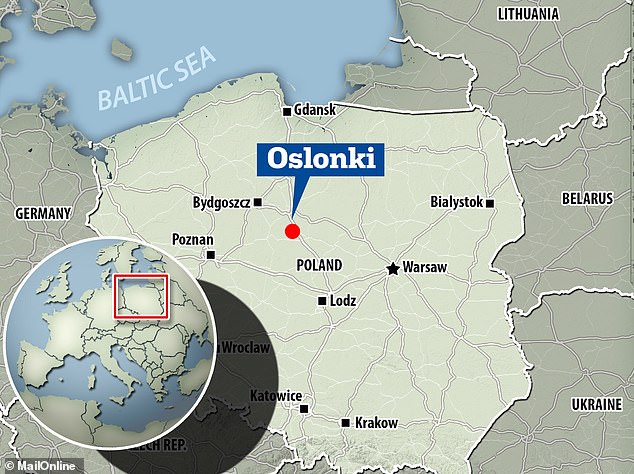 The Osłonki settlement is 60 miles from modern-day Bydgoszcz and existed for around 200 years and was abandoned around 4,400 years. With its disappearance, so too did the copper trade network

An international team of researchers, led by Dr Chelsea Budd of from Umeå University in Sweden, analysed the bones from 4,600 BC to find out.

They assessed carbon-13 isotope levels of 30 people, which revealed the diet of each individual.

This revealed that the people with the most grave goods had a superior diet, likely due to dairy and meat from cattle which grazed in high-quality pastures.

Scientists have found evidence that shows humanity was plagued by such an event thousands of years ago.

Following an analysis of ancient teeth, experts found a deadly bacteria infected humans some 5,000 years – previous studies suggested it was only 3,000 years ago.

The results come from a new strain of Yersinia pestis in DNA extracted from the ancient remains of a 20-year-old woman and it may be the world’s first plague.

The team believes this deadly bacteria played a key role in the Stone Age demographic transformation, which is known as the Neolithic decline – a dramatic collapse in population that occurred around 3,000 BC.

‘In the case of Osłonki, we can see that the presence of copper objects in some graves – an exotic material that would have been imported from great distance – is linked with differences in the diets during the lifetimes of these individuals,’ said Professor Peter Bogucki, Princeton University, who was also involved in the research.

It indicates that the people in this Polish village were split between the haves and the have-nots.

Writing in their study, published in the journal Antiquity, the researchers suggest the wealth gap could stem from ownership of land.

The first people to settle at Osłonki could have claimed lots of high-quality land and then passed it on to their descendants, limiting social mobility, the researchers claim.

‘We have uncovered some of the earliest evidence for a direct link between social status and long-term diet in prehistoric Europe,’ said lead author Dr Budd.

‘We are witnessing the emergence of social and economic inequality in early prehistoric communities – the “haves” and the “have nots” – at a time much earlier than we thought.’

Greater access to the imported copper indicates a higher quality of living and also probably gave high-status natives improved trade options due to their contacts.

The Osłonki settlement is 60 miles from modern-day Bydgoszcz and existed for around 200 years, before being abandoned in 4,400 BC.

When it disappeared, so too did the copper trade network.

Evidence of copper in this part of the world was not seen again for thousands of years.

Life in the toxic clouds of Venus

ViacomCBS to rebrand CBS All Access as Paramount Plus

Supergirl Stunt Team Fitness Video: How to Work Out Like a Superhero