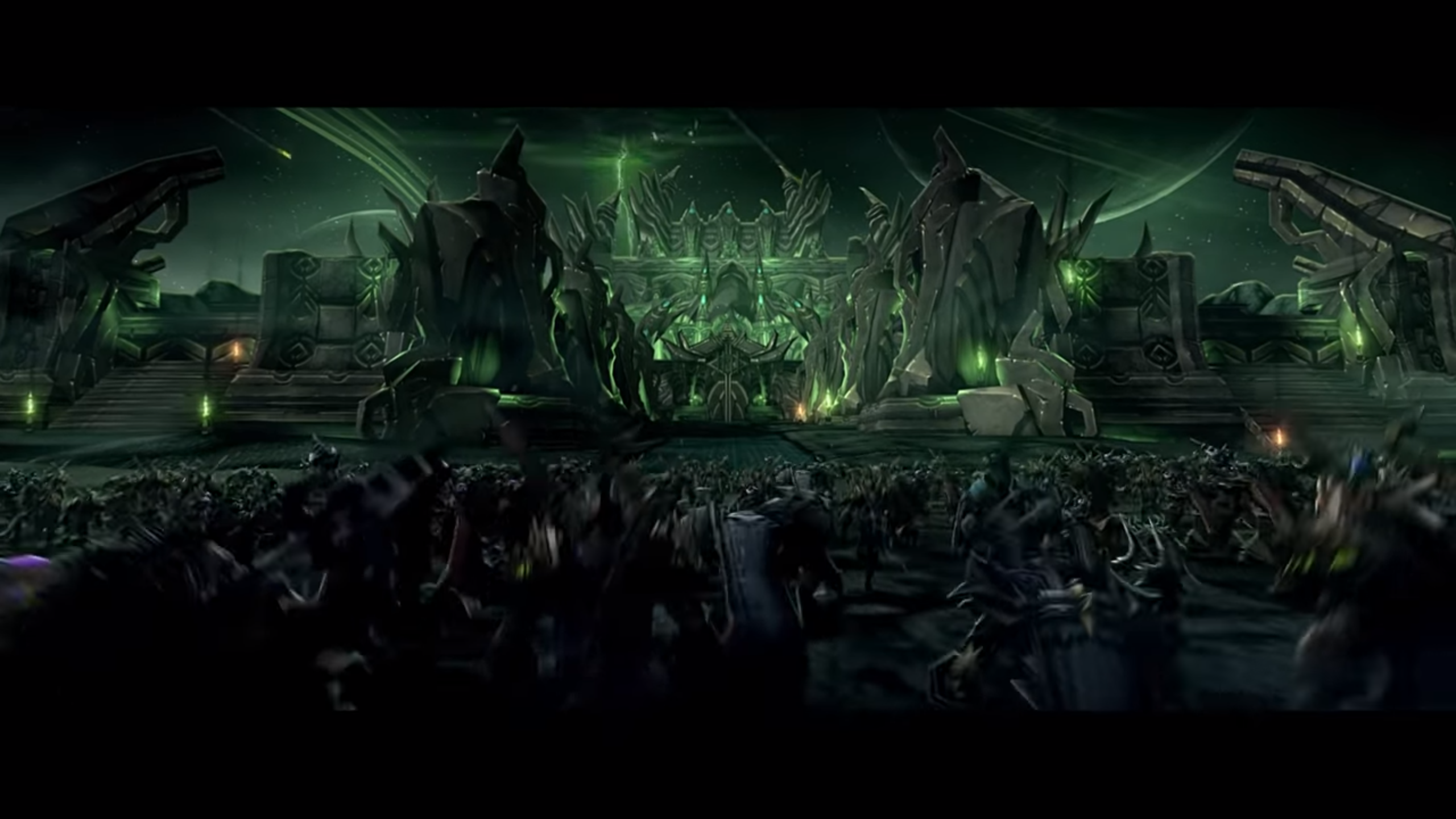 10 months in the making, Hurricane has released a beautiful cinematic themed around World of Warcraft: The Burning Crusade’s Black Temple raid. ” I’m happy to show you the journey to the Black Temple the way I remember it,” he says in the description. Those are some fond memories to inspire this depth of work. Hurricane has previously made videos for other 2006-2007 era WoW raids, like Ahn’Qiraj and Naxxramas.

The video showcases the larger arc of the entire Burning Crusade expansion, starting with Horde and Alliance forces taking control of Outland and defeating its various bosses. It’s a World of Warcraft reimagined in the modern era, in many ways, hearkening back to the incredible Blizzard cinematics that used to shake the industry with each release.

It also shows off a lot of impressive cinematography, and a knowledge of the actual raid that can only be that of someone who experienced the raid to take down Illidan. It even has 2007-era memes. The video was made by pulling models from inside the game, then using them inside 3D software Cinema 4D before going over the film in Adobe After Effects, among other tools.

You can check out Hurricane’s entire channel on YouTube.

Resident Evil Village Could Come To PS4 And Xbox One, Capcom "Looking Into It"

Crapshoot: The worst-named game ever made

Why Amazon Luna can succeed where Google Stadia failed

Xbox All Access: How to buy the Xbox console for as little as $25 a month with zero money down

Space Force, DoD agencies, NRO try to get on the same page on future acquisitions