Losing Bernie to cancer prompted Coleen to make some big changes in her life (Image: OK Magazine and David English)

It’s another cruel blow for the close-knit Nolans who lost sister Bernie to breast cancer in 2013 when she was just 52. Anne and Linda received the devastating diagnoses within days of each other during the height of the lockdown.

Anne, 69, was diagnosed with stage three breast cancer after beating the disease in 2000, while Linda, 61, has secondary cancer that metastasised first to her hip and pelvis in 2017 and now her liver, after she battled breast cancer in 2006.

Coleen says: “I was still in bits after hearing that Anne had cancer when Linda called a few days later to tell me about her diagnosis and I was so shocked I couldn’t even cry. I just felt incredible anger – ‘Cancer can **** off!’ is what I thought.

“It was heartbreaking and felt so unfair, and I wanted to jump in my car immediately and drive to Blackpool to give them both a hug, but I couldn’t because we were in full lockdown and they were shielding. I felt totally helpless.”

Coleen, who still hasn’t been able to see her sisters because of the Covid restrictions, says she’s taken strength from their positivity. They keep in touch daily on the family WhatsApp group.

“I’m completely in awe of their courage,” she says. “It’s been hard for both of them not being able to see family, and especially for Anne who misses her daughters Amy and Alex, and her grandkids.

“A few days after chemo they feel very sick and my other sisters Maureen and Denise, who are looking after them, keep the family updated when they’re too ill to get in touch. But as soon as they feel better, they’re back on WhatsApp and out of bed living their lives. Maureen sends photos of Anne walking in the park, wearing her headscarf and mask. Their determination reminds me so much of Bernie, who didn’t give in until she took her last breath, and I’ve questioned many times over the past few weeks whether I’d be that brave.”

Bernie at Pride of Britain Awards in 2010 (Image: Eamonn McCormack/WireImage)

Coleen admits seeing photos of Anne and Linda this week, bravely exposing their shaved heads, hit her hard and was a stark reminder of what her sisters are going through.

She says: “We’ve obviously been dealing with this as a family for weeks in lockdown, but the photos made everything feel so real, even though they were beautiful. I hadn’t seen Anne and Linda completely bald and it did bring back memories of Bernie.

“I’m doing my best not to dwell on those thoughts – I feel I have no right to do that when Anne and Linda are coping so well. But it upset me when I read Anne saying she doesn’t want to die. As the eldest sister, Anne has always been very strong and to hear her sound so vulnerable broke my heart.”

Coleen admits her sisters’ latest cancer battle had made her think about her own risk of developing breast cancer.

She explains: “The guilt is incredible. I don’t feel guilty for not having the disease. I feel guilty for being afraid of it when I think of Anne and Linda living with it. But of course, it’s hard not to be consumed by fear when those so close have been affected.”

Linda and Anne don’t carry the mutated BRCA 1 and 2 genes that raise a woman’s risk of developing breast cancer in her lifetime from 12 per cent to 90 per cent, but a geneticist has told the family it’s unlikely to be down to bad luck that three sisters have had the disease. Coleen says: “The geneticist explained there are so many genes they haven’t discovered yet and the cancer that’s affected my sisters could be down to a rogue gene from my dad’s side of the family.”

So has Coleen considered having an elective double mastectomy to reduce her risk of developing breast cancer in the future? “Of course. Seeing what Anne and Linda are going through has made me think a lot about having a mastectomy,” she reveals.

“Over the past few weeks, I’ve been lying in bed at night, looking down at my breasts and thinking, ‘Am I just walking around with two time bombs here?’

“And, if that’s a possibility, then maybe I just need to get rid of them.”

Coleen, who’s mum to Shane Jnr, 31, and Jake, 27, from her marriage to actor Shane Richie, and Ciara, 19, from her marriage to second husband, musician Ray Fensome, reveals her children have also talked to her about having an elective mastectomy. “My kids definitely think I should investigate it,” she says. “They’re absolutely terrified because they’ve seen cancer ravage our family and they’re very close to their aunties, so of course they’re going to worry about me.

“I want to be here for my kids as long as I can be, so if I can take that risk factor away, then I need to think about it very seriously.”

After a breast cancer scare in 2009 when she was competing in Dancing On Ice, Coleen now sees a cancer specialist every year to check her breasts for abnormalities.

“I found a big lump when I was in the bath one night,” she recalls. “I didn’t even have to search for it. My ex-husband Ray booked an appointment the next day and it was really scary. You think you’ll walk in and they’ll immediately say, ‘Yes, it’s a cyst’, but when the doctor examined it he said I needed to have it checked urgently. I saw a specialist, who aspirated the lump and I had an ultrasound and a mammogram. When they told me it was an infected gland, the relief was immense.”

Because of her family history, Coleen checks her breasts in the shower every day and looks at them in the mirror to check for any unusual changes.And she encourages her daughter Ciara to do the same. She says: “It does worry me that Ciara will have to face making the decision to have an elective mastectomy later in life. We’re all worried about our kids – Anne’s girls Amy, 39, and Alex, who’s 32, now have a mum and two aunties who’ve developed the disease, so we’re always saying, ‘Please check yourself!’ Ciara’s still so young and I want her to be vigilant, but not scared. So we talk about it sometimes and she knows what she has to do.”

Coleen hasn’t seen Anne and Linda since they filmed their Quest Red reality travel series, The Nolans Go Cruising, in February, and feels grateful for the time they spent together making the show.

She says: “When we came off the cruise we had to isolate for two weeks in our homes and then lockdown happened, and Anne and Linda were diagnosed shortly after that.

“So I’ve been watching the show every Tuesday night and reliving those wonderful times we had – we laughed every day and felt closer than we have in years. It felt like touring in the Nolan Sisters back in the ’70s when we had no kids and no responsibilities.”

Coleen says she’s immensely proud of how her family have pulled together to support Anne and Linda, and each other.

“My kids have been amazing. They’re hurting, too, but say, ‘Are you all right, Mum?’ about 20 times a day. Maureen and Denise are doing an amazing job looking after Anne and Linda, and my big brothers Tommy and Brian are there for us, too.

“And we can still see the humour in things – we’ve cried laughing as well as cried in sadness. I was devastated for Linda when she lost her hair because her thick blonde hair was such a part of her identity, but when she came to terms with it, I sent a message round, saying, ‘If nothing else, you can make loads of money as a Right Said Fred tribute act!’

“We all fell about laughing. That’s how the Nolans get through things. The sadness is always there, but it’s our way of coping with a terrible situation. I’m proud of us all – it would be easy to crumble into a heap and not get out of bed in the mornings, but we won’t let each other do that.”

The Loose Women star has talked in the past about how Bernie’s death made her reassess her life and make big changes, including ending her marriage to second husband Ray. So has anything positive come out of this crisis?

She says: “When Bernie died, I realised life could be too short to be unhappy, so I confronted the issues in my marriage. It also brought Anne and me back together – we’d fallen out and weren’t talking before Bernie died, but when she passed away we both thought, ‘What the hell are we doing?’ and now we’re closer than ever.

“Now Anne and Linda’s illness has brought the whole family closer together and we’re determined that when lockdown is eased further, we’ll make more time for each other. We’ve also been so touched by the support from the public and their lovely messages have given us a lot of comfort.

“I’m just looking forward to giving my sisters a hug – I only hope it won’t be too long before we get that chance.”

In demand TV presenter and mother-of-three Holly Willoughby, 38, enjoyed a rare moment to herself at the weekend. The television star, who […] 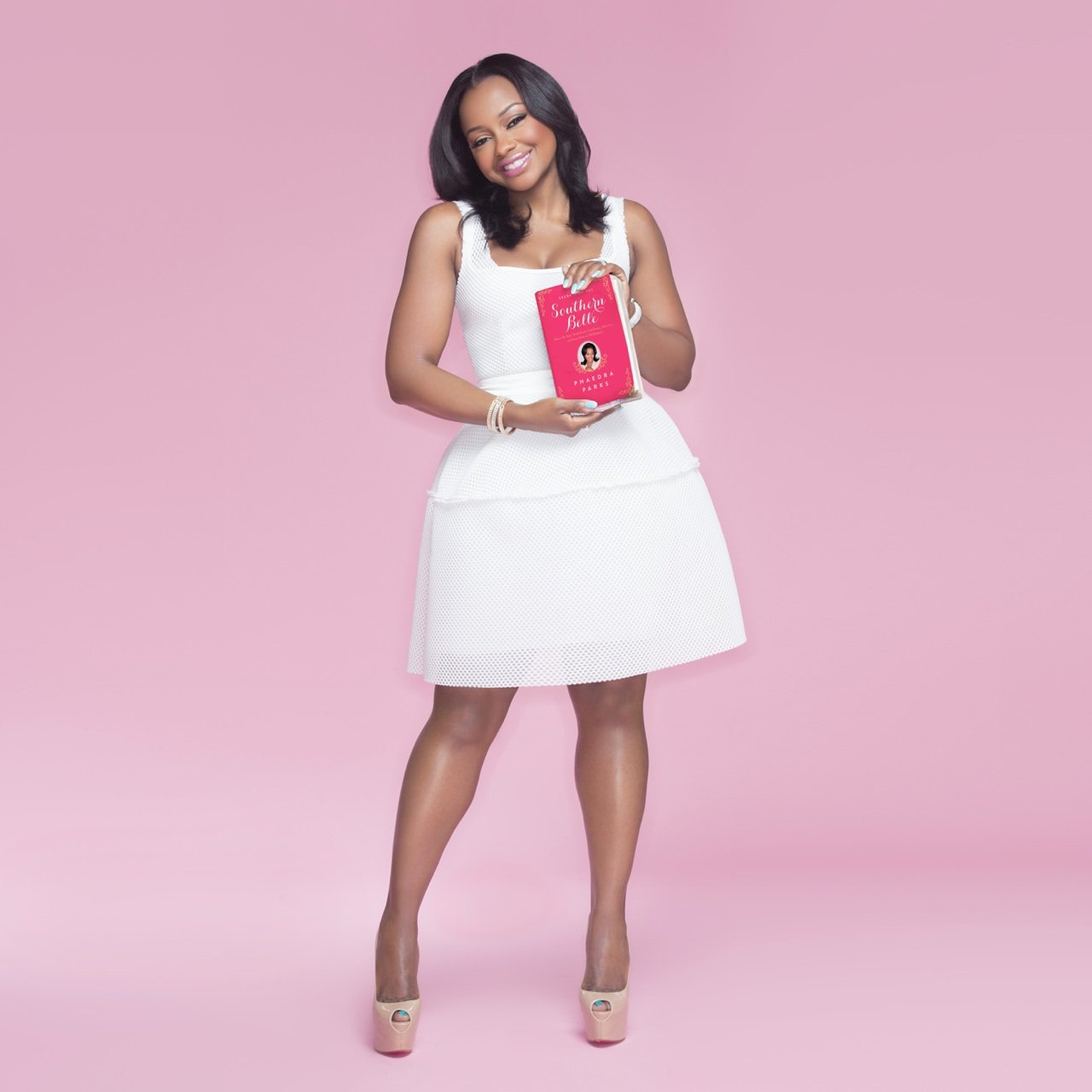 Phaedra Parks shared a throwback photo of the times when life was much simpler. Check out the gorgeous pic below. ‘#TBT to […] 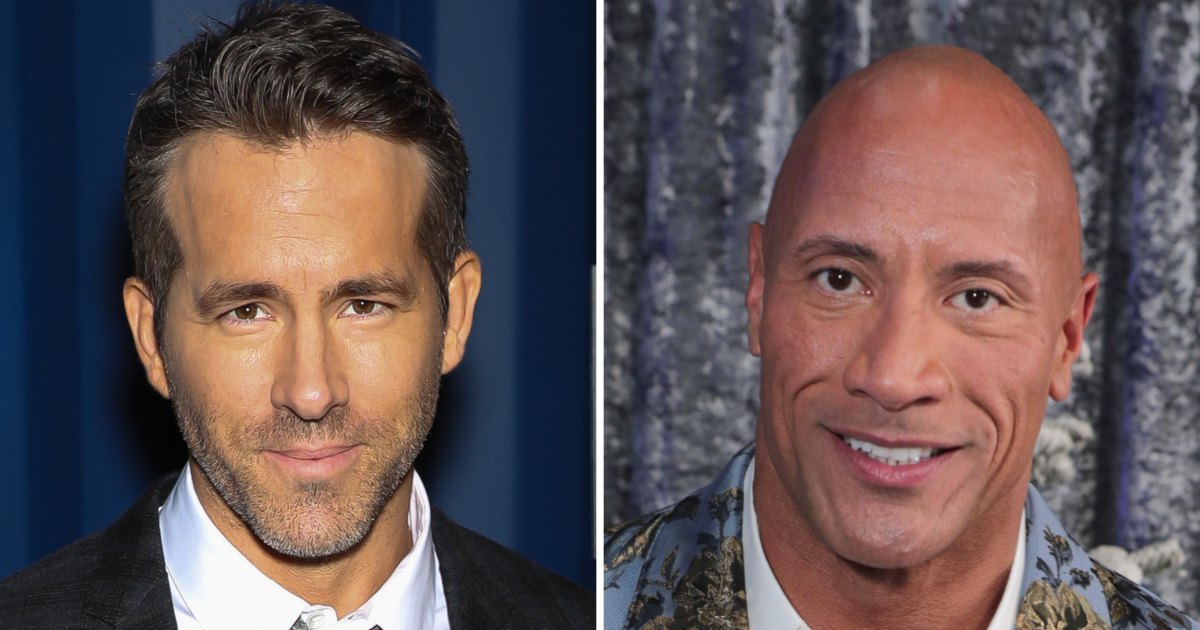 Messing with the wrong guy? Ryan Reynolds trolled his pal Dwayne Johnson after the former wrestler revealed that he’d torn down his […] 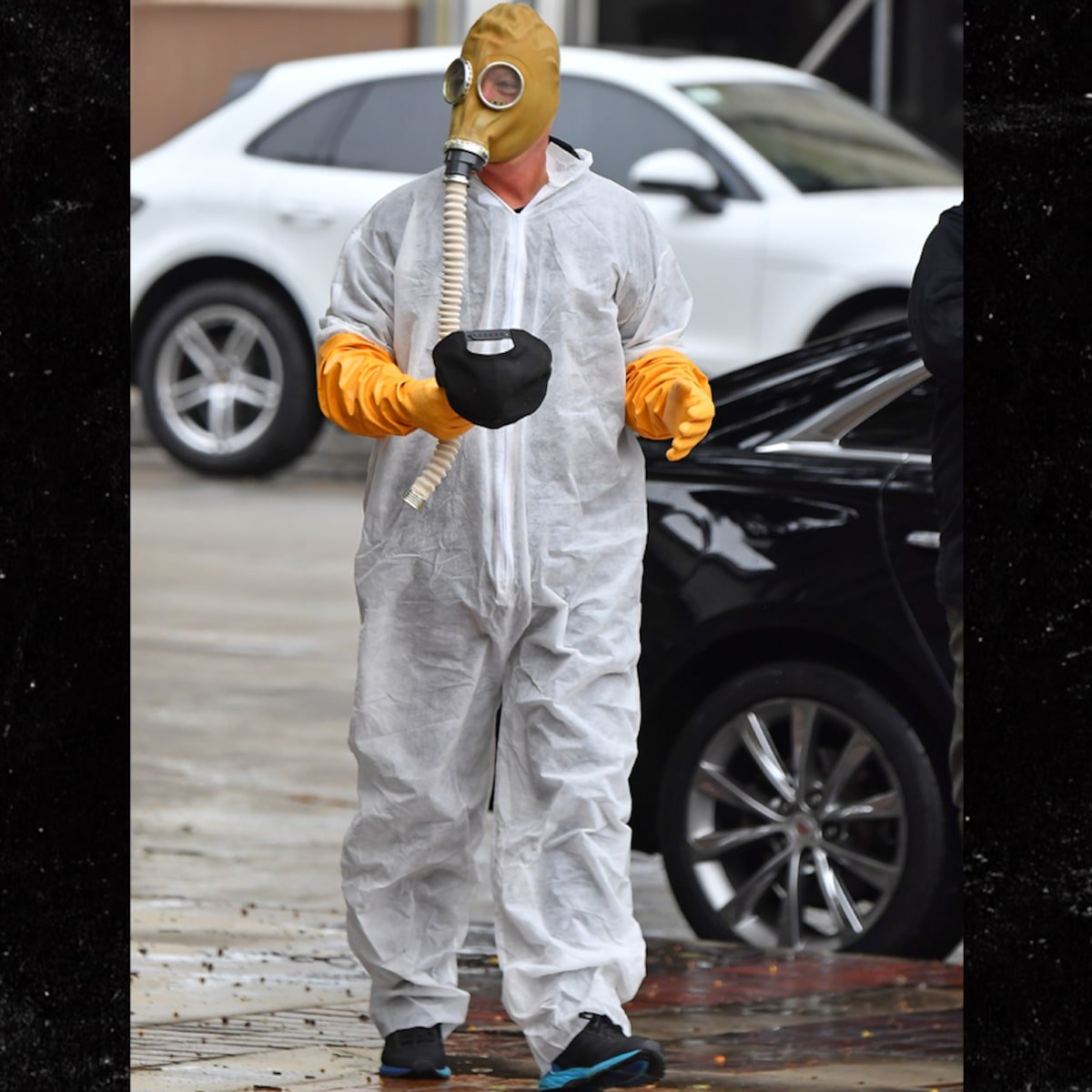 Someone has been taking the idea of avoiding the Coronavirus to a whole new level! Howie Mandel, who is known to be […]