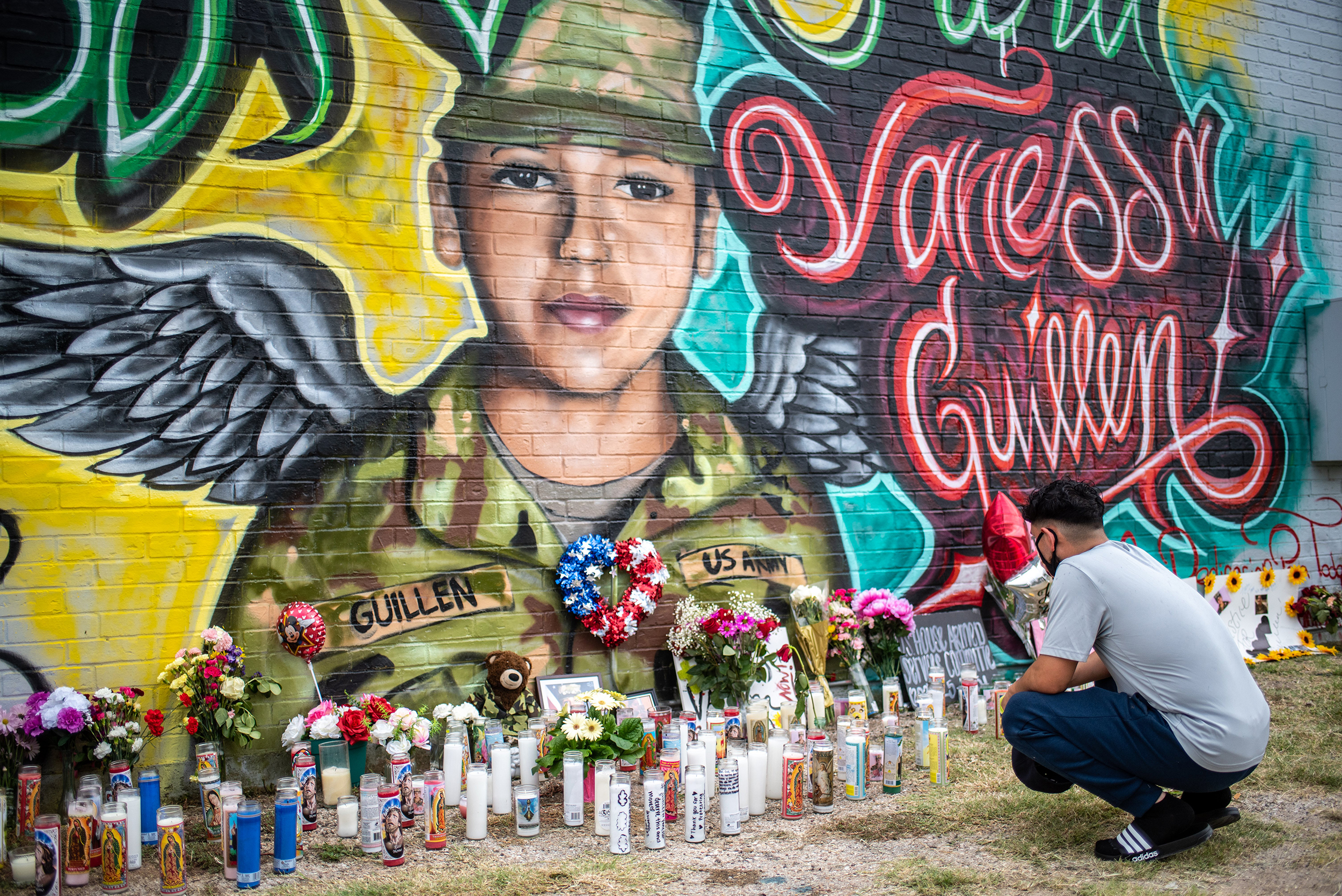 Army Secretary Ryan McCarthy has pledged to create “enduring change” to honor the memory of Vanessa Guillén, an Army specialist who authorities say was killed by a fellow soldier.

McCarthy made the vow during a two-day visit to Fort Hood in Kileen, Texas, where Guillén was stationed. McCarthy said the base had one of the highest murder and sexual assault rates in the Army.

“The numbers are high here. They are the highest, in most cases, for sexual assault and harassment and murder for our entire formation — the U.S. Army,” McCarthy said. “So we are receiving an outside look to help us to get to those root causes.”

McCarthy said social unrest following the death of George Floyd in police custody forced the Army to take a hard look at itself, “and in doing so there has been a reckoning.”

“We have to address the challenges and barriers that our soldiers endure. The murder of Spc. Vanessa Guillén has become a catalyst highlighting sexual harassment and sexual assault within the military,” he said.

Guillén, 20, was last seen alive on April 22 at Fort Hood. Her dismembered remains were found in June. In early July, as police moved in to arrest Spc. Aaron Robinson, 20, in her disappearance, he shot and killed himself, authorities said. Shortly afterward, a woman identified as Robinson’s girlfriend was arrested on federal charges of tampering with evidence for allegedly helping him dispose of Guillén’s body. The woman has denied the charges.

Guillén’s family said the Army’s response was slow after they went to Fort Hood authorities the day after she went missing. The family sys it believes Robinson sexually harassed Guillén before beating her to death. The Army says they have not found evidence of harassment, but McCarthy said the case is still under investigation.

McCarthy said Guillén’s death was a turning point in how the Army handles sexual assaults and harassment. He announced “Project Inclusion,” an Army initiative that will address topics such as discrimination, harassment, sexual assault and suicide.

“Vanessa was our teammate, and we let her down. We let her family down,” McCarthy said.

Kanye posts photos of his record deal amid dispute

Head of Libya's Tripoli government says he wants to quit