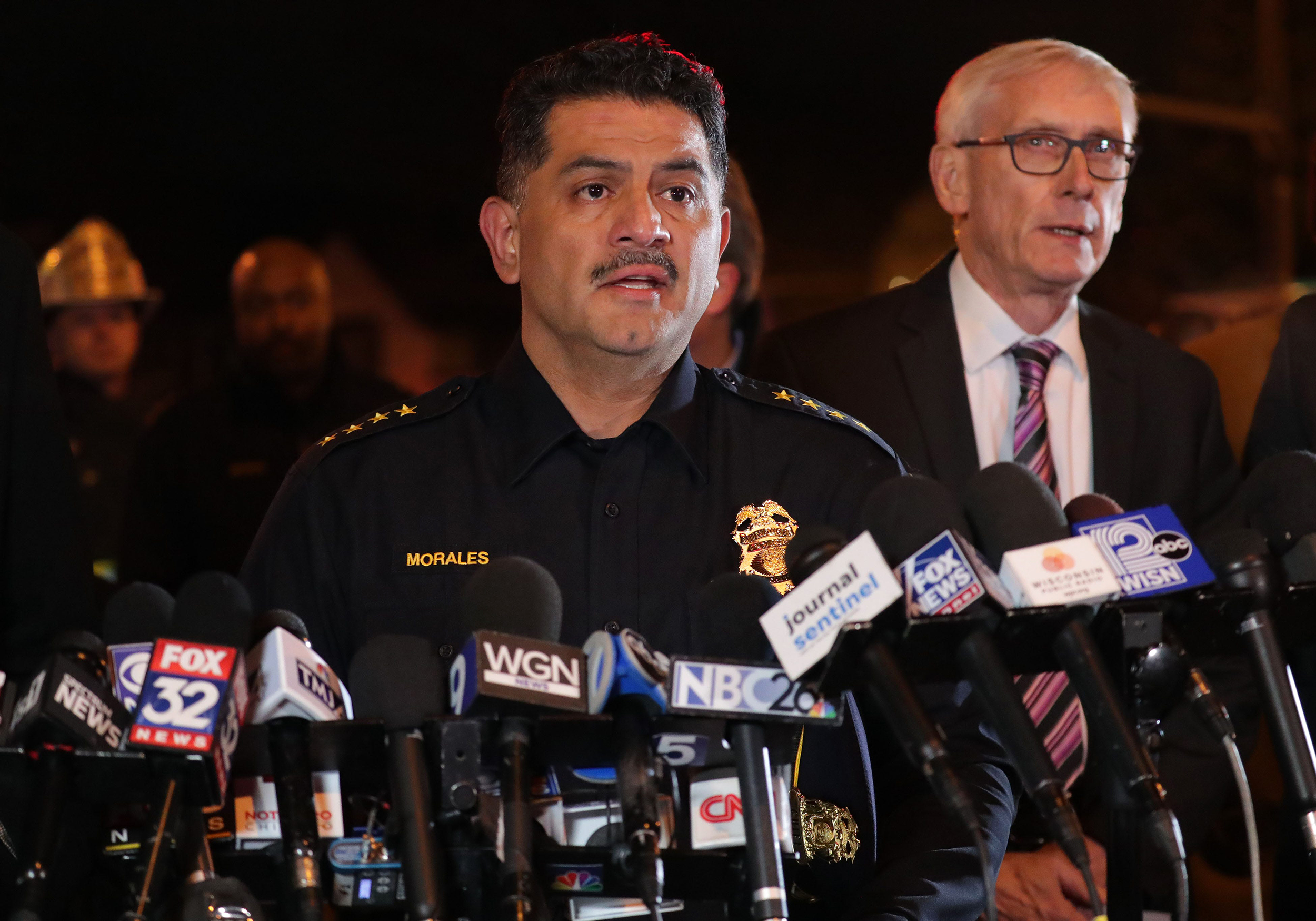 The city’s Fire and Police Commission unanimously voted Thursday evening to demote Morales to captain after three-and-a-half years on the job.

The chief’s attorney, Franklyn Gimbel, says Morales’ relationship with the commission has been deteriorating since he refused the chairman’s demand to fire an officer involved in the arrest of Milwaukee Bucks player Sterling Brown in January 2018. Most recently the commission criticized Morales for authorizing tear gas to disperse protesters. The board has also raised questions over how the department has policed Black communities.

Morales joined the Milwaukee department in 1993 and was appointed chief in February 2018.

“His conduct is unbecoming, filled with ethical lapses and flawed decisions, making it inconsistent with someone who has the privilege of leading the Milwaukee Police Department,” Commissioner Raymond Robakowski said.

Milwaukee Mayor Tom Barrett said Thursday night he was angered by the commission’s action and that Morales should have been given a chance to respond to directives the panel had issued.

“The discussion surrounding this decision tonight was completely lacking in transparency. The action taken by the commission tonight was not good government,” Barrett said.

The decision comes as Wisconsin’s largest police department grapples with a surge in gun violence and plans security for a scaled-down Democratic National Convention.

A number of police chiefs across the country have left their jobs as pressure mounts to rethink American policing following Floyd’s death, including Erika Shields in Atlanta, Jamie Resch in Portland, Oregon, and William Smith in Richmond, Virginia.

Milwaukee’s mayor had urged the commission to slow down, but Morales’ attorney, Franklyn Gimbel, said the odds appeared to be stacked against the chief.

“I’m unaware of him having any supporters (on the commission),” Gimbel, said. “There seems like a cumulative sense that they want to dump the guy.”

Gimbel declined comment to The Associated Press after the meeting.

Morales is Latino and the majority of the commissioners are Black. His relationship with the board has deteriorated since it named him to the post in February 2018.

Gimbel said problems began when officers arrested Brown for parking illegally in January 2018. Officers swarmed the Bucks guard and used a stun gun on him when he didn’t remove his hands from his pockets. The commission’s chairman, Steven DeVougas, who is Black, told Morales to fire one of the officers involved but Morales refused, the attorney said.

“From there it got stressful,” Gimbel said. “DeVougas viewed him as not being a team player.”

In February, the Milwaukee Police Association, which represents rank-and-file officers, filed an ethics complaint against DeVougas alleging he accompanied a real estate developer during an interview with police who suspected the developer of sexual assault. DeVougas practices real estate law for the developer’s business. The police association argued DeVougas’ presence during the interview was a misuse of his position as commission chairman. A city ethics board is investigating.

Fast forward to May and June, when Milwaukee police used tear gas and pepper spray to disperse protesters demonstrating over Floyd’s death. Floyd, who was Black, died on Memorial Day in Minneapolis after a white police officer pressed his knee into his neck for nearly eight minutes.

The decision to use tear gas and pepper spray drew criticism from Democratic Mayor Tom Barrett. The commission in July banned the police department from using tear gas, prompting a number of departments from across the state slated to help with convention security to rescind their support.

The commission on July 20 ordered Morales to produce reams of records related to multiple incidents, including the decision to tear gas and pepper spray protesters, Brown’s arrest and the June arrest of a Black activist on suspicion of burglary. The panel also demanded Morales draft community policing standards, develop a discipline matrix to clarify how officers are disciplined and draft a policy requiring officers to wear face masks during the pandemic.

“We are in the midst of an urgent overdue reckoning on race and policing in this country,” the commission said in a statement Monday. “Only with transparency, accountability and truth will we move on as a society. This discussion may make some uncomfortable, and may bluntly scare others.”

None of the commissioners, including DeVougas, returned messages Thursday.

The police department Wednesday blasted the orders as vague, invalid and possibly illegal. The department noted the orders weren’t approved during an open meeting and the requests seek information from still-open criminal and internal investigations.

The orders also could violate a 2018 settlement with the American Civil Liberties Union over stop-and-frisk policies because the department would have to release confidential information it has been sharing with a consultant group monitoring compliance with the settlement, the department said.

“The (orders) attempt to paint a picture that MPD has been non-compliant or outright insubordinate with the FPC,” the department said in a statement. “The manner in which business is being conducted at the FPC causes alarm.”

Barrett, the mayor, dove into the fray on Wednesday, sending a letter to the commission calling for an “orderly review” of the orders and the commission to remove DeVougas as chairman since he’s under investigation. 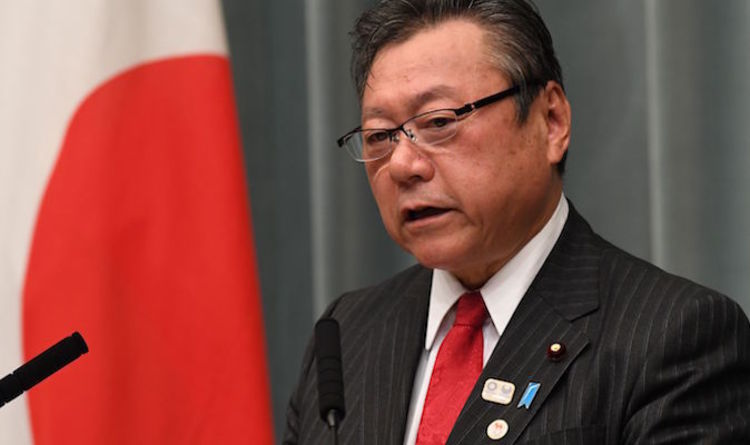 Yoshitaka Sakurada, 68, was named to take over the two posts in October by Japanese Prime Minister Shinzo Abe. However, Mr Sakurada […] 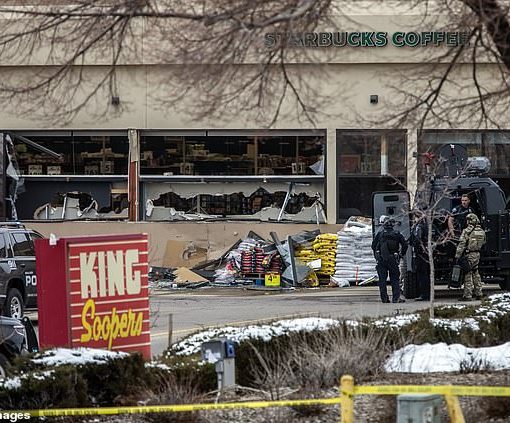 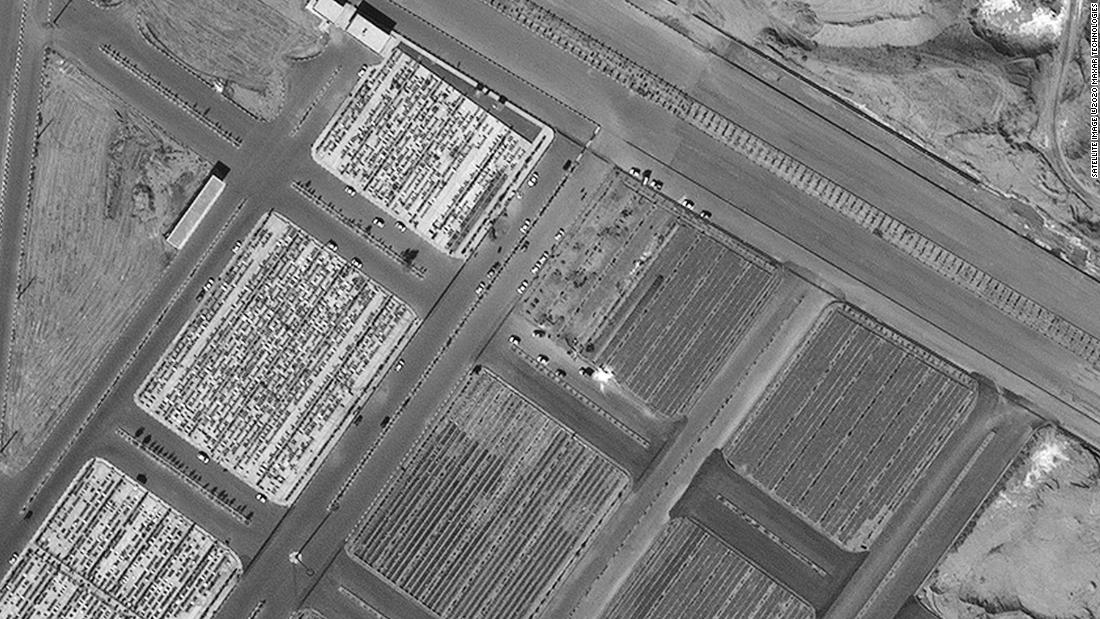 The country has reported at least 10,075 confirmed coronavirus cases and 429 deaths, the third-highest number of cases after mainland China and […] 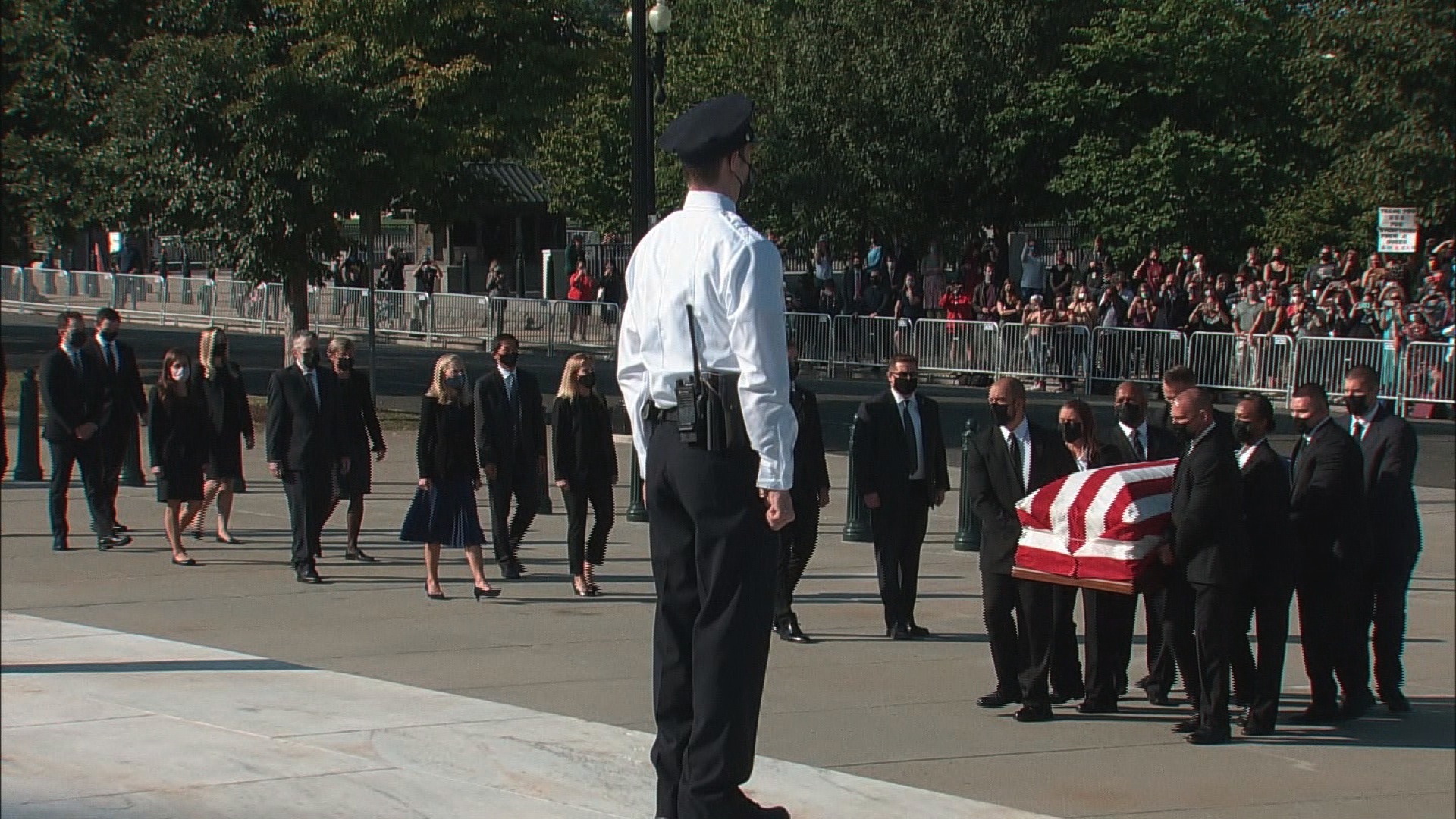 Saul Loeb/AFP/Getty Images Justice Ruth Bader Ginsburg returns for the final time to the Supreme Court this morning, and an army of more […]