A second grade classroom in Georgia has been shut down after a student tested positive for COVID-19 on the first day of the new school year.

The student – who attends Sixes Elementary School in Cherokee County – fell ill following the first day of classes on Monday, and was subsequently confirmed to have the coronavirus.

The diagnosis has forced the student’s teacher and 20 classmates into quarantine for the next two weeks.

The teacher – who is symptom-free – will now conduct classes online, according to Cherokee County School District spokesperson Barbara Jacoby.

She further told the Atlanta Journal-Constitution that the infected student was not displaying any symptoms while they were on school grounds. 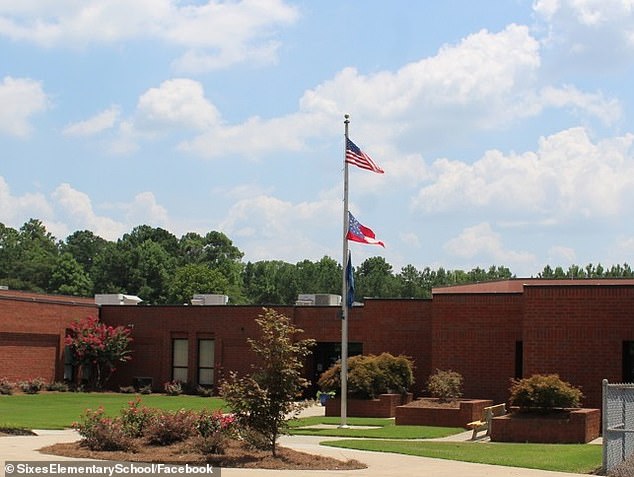 The student attends Sixes Elementary School in Cherokee County (pictured). Their teacher and classmates are now in quarantine and their in-person class has been shut down

Cherokee County School District consists of more than 42,000 students, and more than three-quarters returned to in-person classes on Monday for the first time since March.

Only 23 percent of students have chosen to stay home and take classes virtually.

The School District’s website says mask-wearing is ‘encouraged’ but not compulsory.

One concerned parent told 11Alive that the lax rules and regulations would ‘never fly in a corporate environment’. 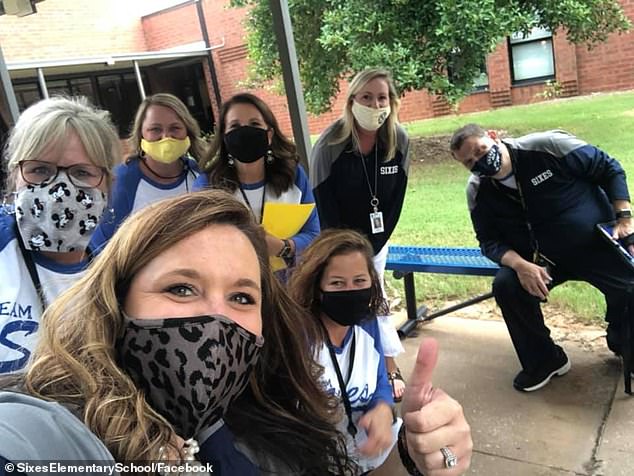 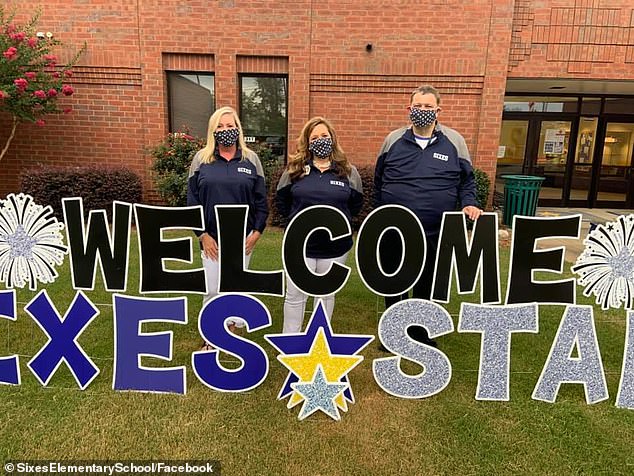 A number of school districts across Georgia are grappling with COVID-19 diagnoses.

According to The Washington Post, 260 Gwinnett County Public School employees were last week barred from returning to school because they had tested positive for coronavirus or had been directly exposed to someone who had.

Meanwhile, five teachers from Marietta City Schools tested positive for COVID-19 on Monday. However, schools in that area are still conducting remote learning.

Elsewhere, a high school in Indiana  suspended in-person classes two days into the school year after at least one staffer tested positive.

The diagnosis sparked fear in the community. 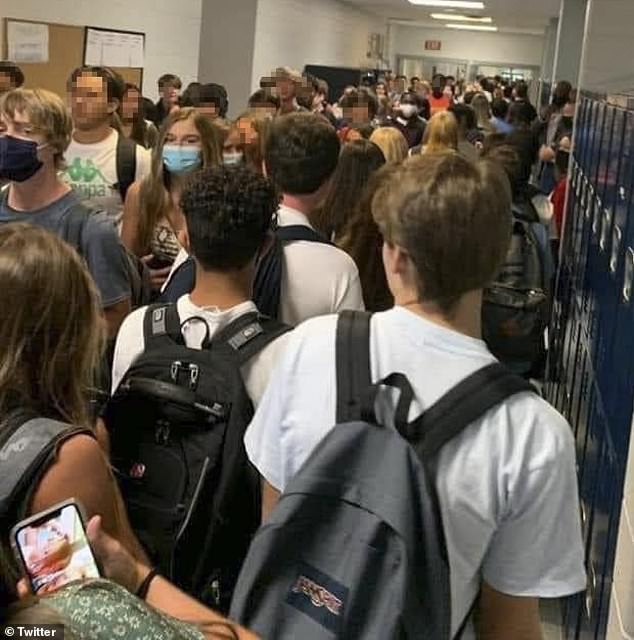 Students across the country resumed in-person classes on Monday for the first time since March. This image of a crowded corridor at a school believed to be in Paulding County, Georgia, sparked concern given the lack of social distancing among students

Meanwhile, the internet has been awash in images of students at schools in Georgia and other parts of the south failing to social distance after returning to school.

One image of a crowded corridor at a school believed to be in Paulding County, Georgia, sparked concern given the lack of social distancing among students.

Only a handful of students in that photo could be seen wearing masks.

Meanwhile another student, believed to be in Tennessee, posted a video on TikTok that she filmed inside her school’s gymnasium, saying she had only seen three other students wearing masks.

‘First day back to school during a global pandemic. Only saw three students wearing masks,’ she wrote on the video.

‘Can someone tell me why the f**k I was one of a handful of students wearing a f**king mask? These b***es are dirty!’

The reopening of schools amid the coronavirus pandemic has become a contentious issue. 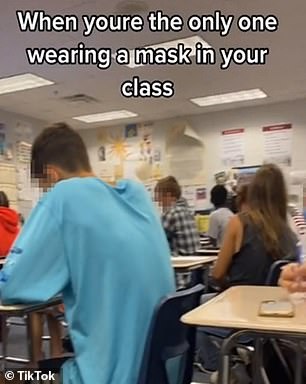 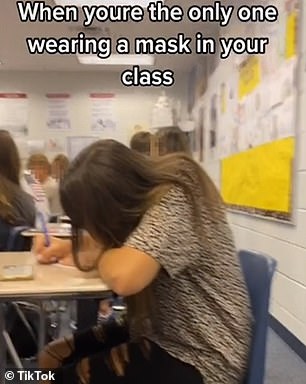 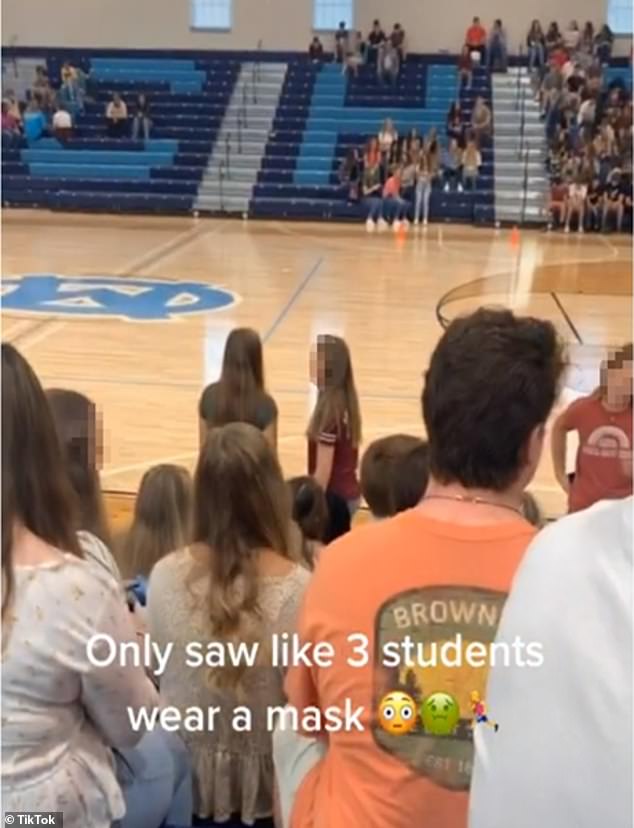 Meanwhile another student, believed to be in Tennessee, posted a video on TikTok that she filmed inside her school’s gymnasium, saying she had only seen three other students wearing masks

However, Dr Anthony Fauci, the nation’s top infectious disease expert, warned on Monday: ‘There may be some areas where the level of virus is so high that it would not be prudent to bring the children back to school.’

‘So you can’t make one statement about bringing children back to school in this country. It depends on where you are,’ he said.

An uptick in COVID-19 has prompted some districts across the country to scrap in-person classes at least for the start of the school year, including Los Angeles, Philadelphia and Washington.

With the new school year beginning, some parents say they are struggling to balance fears of COVID-19 with the need for their children to socialize and the instruction that school provides.

Rachel Adamus, who lives in Georgia’s Paulding County, sent her two children back to school on Monday wearing masks. 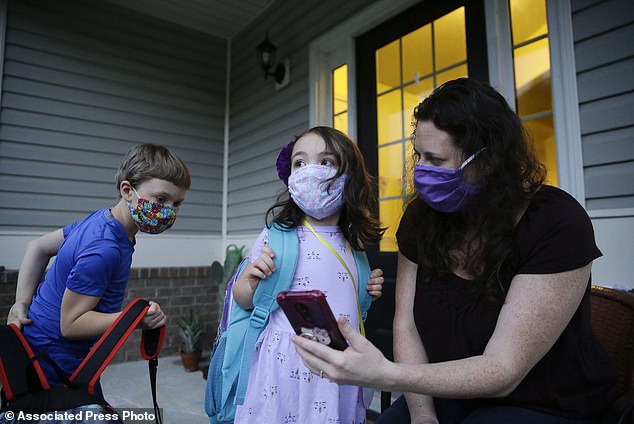 Rachel Adamus, who lives in Georgia’s Paulding County, sent her two children back to school on Monday wearing masks even though it is not mandatory in the county In a photo provided by Newton County Schools in Mississippi, teaching assistant Crystal May talks to kindergarten student Lewis Henry Thompson as she takes his temperature at Newton County Elementary School on Monday 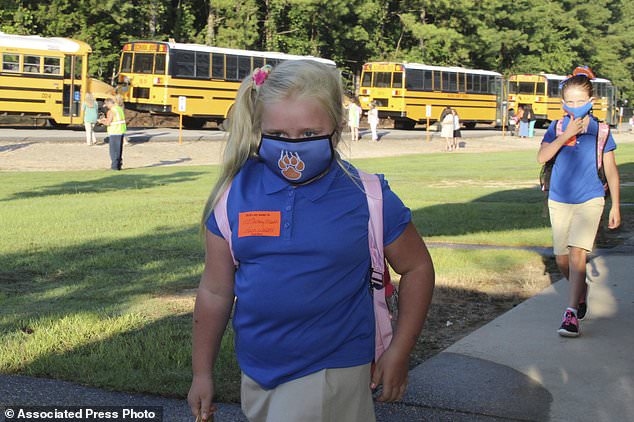 Following direction, McCartney Moulds, 6, a second-grader, distances herself from a fellow student as she walks to class with full mask following her bus commute, to the Newton County Elementary School in Decatur, Miss. on Monday

‘We have kept them protected for so long,’ said Adamus, who said her aunt died from COVID-19 in Alabama and her husband’s great-uncle succumbed to the virus in a New Jersey nursing home.

‘They haven’t been to restaurants. We only go to parks if no one else is there. We don’t take them to the grocery store. And now they’re going to be in the classroom with however many kids for an entire day with a teacher.’

One student who wasn’t starting at North Paulding on Monday was Aliyah Williams.

Her mother, Erica Williams, said she is keeping the 14-year-old freshman home because two of her younger sons have cystic fibrosis and she can’t risk them being exposed.

Williams said she thinks her daughter will be okay academically with online classes, which up to 30% of the district’s students have enrolled in but she is worried about Aliyah’s inability to see her friends.

‘She’s a social butterfly. That’s a big part of her personality,’ Williams said.

Aliyah has been participating in color guard with the school band, but Williams said she is now ‘conflicted’ about that too, considering a football player’s positive test.

Other Paulding County parents were eager for in-person classes, including Jenna Thames who drove her two sons to school.

Thames said that no one at her house is high-risk and that as a former teacher, she thinks her children will learn more from teachers than they did from her in the spring.

‘They’re going to actually listen to their teacher, as opposed to me. When it’s time to do sight words, it was a fight every day,’ Thames said. ‘I absolutely trust our administration and our teachers to do what it takes to keep them safe and keep themselves safe.’ 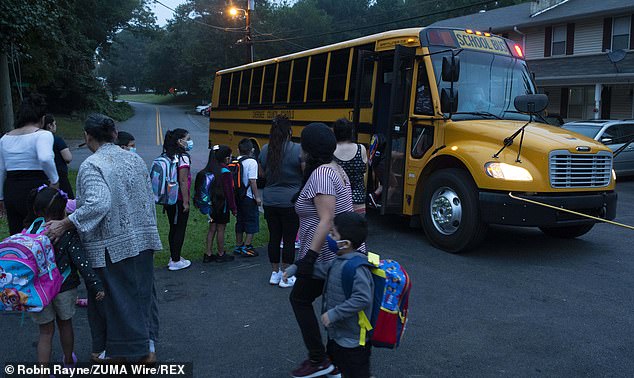 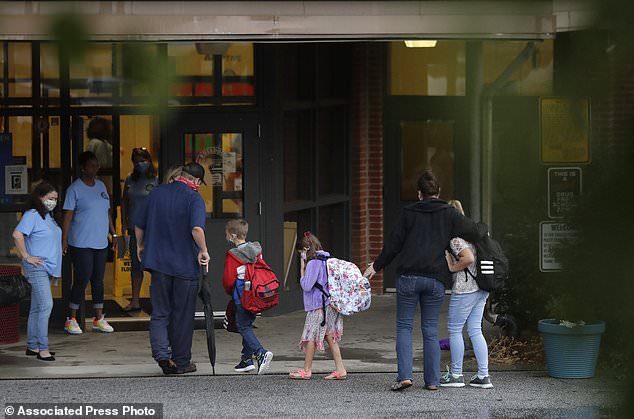 Many teachers are uneasy, dismayed that the Paulding district refused to mandate masks or push back the start date for in-person classes, as other Atlanta-area districts have done.

‘I desperately want to return to face-to-face teaching, but not until it is safe,’ Steven Hanft, a North Paulding High teacher, told the county school board last month.

In Newton County, Mississippi, fourth grader Avery Mangum returned to school for the first time in months to find many things changed: She had to wear a mask, sit in an assigned seat and eat in her classroom instead of in the cafeteria.

When children in her class moved around the school, they followed their teacher in a straight line with one arm sticking out in front of them to make sure they stayed at least an arm’s length away from other kids.

The playground at Avery’s school was split in two: Some kids could play on half of the equipment, and others on the other half, with only a certain number allowed in total.

‘It was really hard to socially distance while we were at recess,’ she said. ‘Everyone wants to play with their friends and do all these things but we can’t.’

Emily Thompson’s son started the sixth grade at Newton County Middle/High School in Decatur. Thompson, who works as a pharmacist, said she felt relief watching him get in line to have his temperature taken before entering the building.

She and her husband, who also works in health care, found it was a ‘nightmare’ trying to keep the boy and their two other elementary school-age children on track with their studies. She said she is not overly worried about her children getting sick at school.

‘It would be more detrimental not to send them, in my opinion, than for them to hang out and do the virtual learning,’ she said. WASHINGTON (Reuters) – A U.S. State Department investigation of Hillary Clinton’s use of a private email server while she was secretary of […]

BUDAPEST (Reuters) – Hungarian authorities have pulled a body from the Danube river more than 100 kilometers downriver from Budapest, the South […] 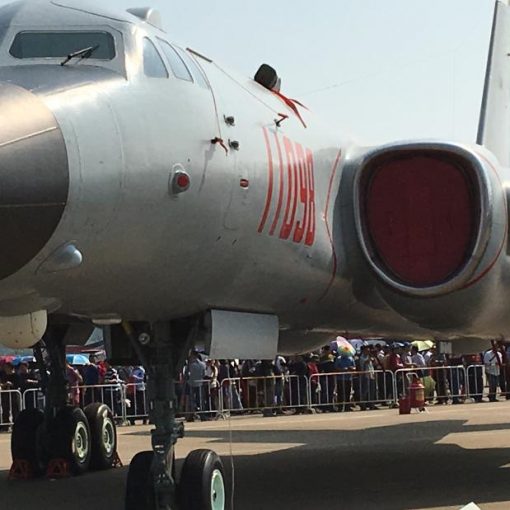