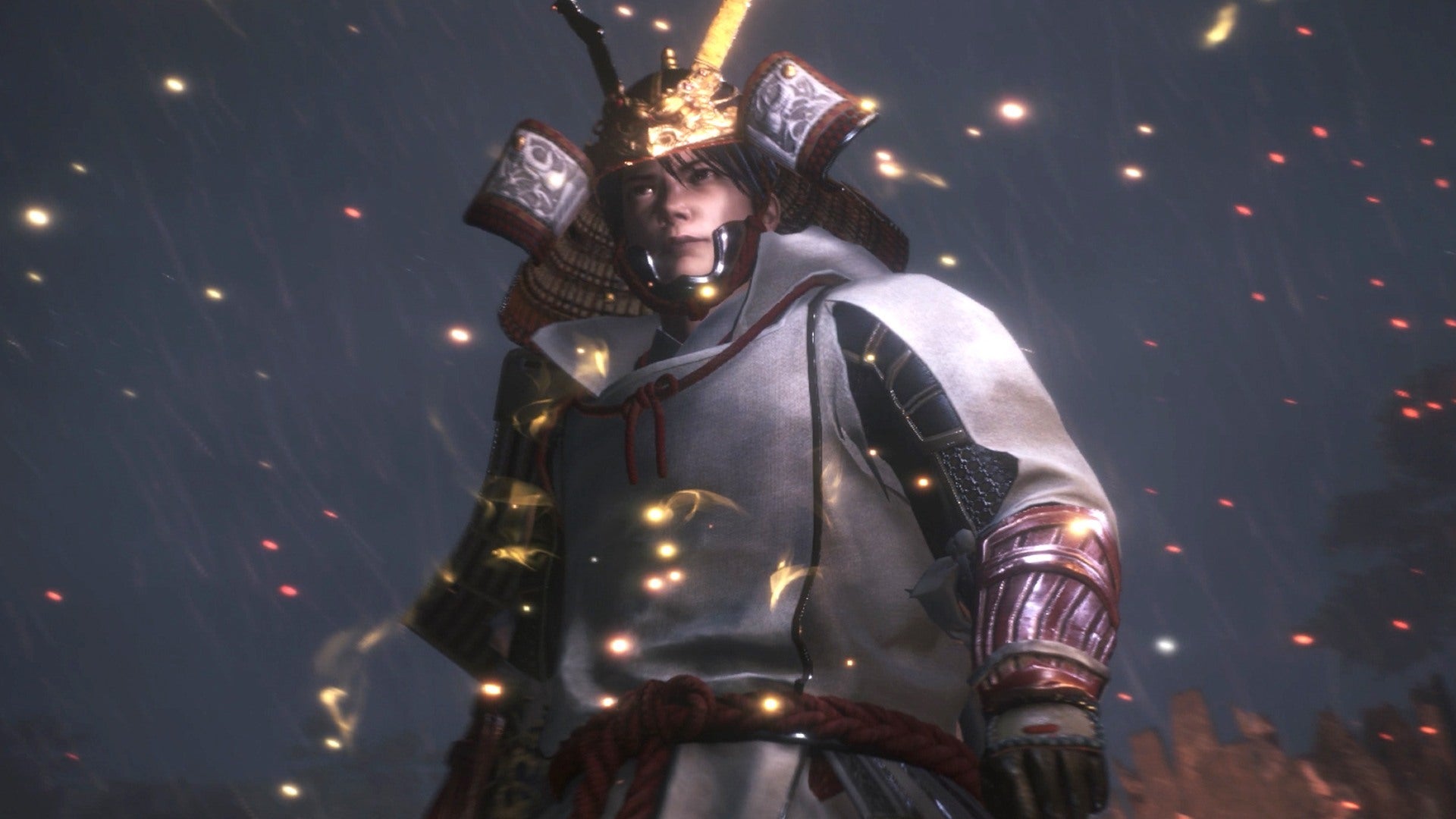 Nioh 2 was never a game starved for content, but the first of three planned pieces of DLC, The Tengu’s Disciple, is a substantial addition all its own. It introduces the coastal Yashima region with three new areas and 10 new missions that can, and most likely will, take players at least 10 hours to complete. Even more than that, there’s also a brand new weapon type called the Splitstaff, a large handful of new enemy types, challenging new boss fights, new armor and weapon sets, new soul cores, and new guardian spirits. The quality of the DLC campaign itself isn’t anything to write home about, but this is still an incredible value and a great reason to sink your teeth back into Nioh 2’s stellar combat.

What We Said About the Base Game

From our March 2020 review of Nioh 2 by Mitchell Saltzman.
Nioh 2 is an impressive evolution of its predecessor, strengthening everything that was already great, while mostly leaving its already existing issues alone. Its stellar combat is elevated by the addition of Soul Cores, Burst Counters, and the ways in which those two main new mechanics affect enemy AI and how you approach battles. It’s depth is impressive, even though that can also make it feel a little overwhelming due to how much time must be spent managing Nioh 2’s many systems. If you’re up to the challenge, Nioh 2 is no doubt one of the most difficult and rewarding games of this generation.

The Tengu’s Disciple essentially fits into Nioh 2 as a side story that takes place after the events of the main game. Your character finds a dagger at a shrine that suddenly transports them back in time to the Heian period, where they join forces with real life Japanese historical figures Minamoto no Yoshitsune and the warrior monk, Benkei. There are some cool cutscenes that set up some of the boss battles, but like Nioh 2’s main story, the plot in The Tengu’s Disciple is an afterthought largely just used to frame the action.

But man, oh man, is that action still as good as ever – and The Tengu’s Disciple only serves to add new wrinkles on top of that layer of excellence. The big new draw is the addition of the Splitstaff, a new weapon type that scales primarily with Onmyo Magic, giving those who choose to specialize in Onmyo Magic a much needed secondary weapon type to accompany the Switchglaive.

The Splitstaff is a tricky weapon to master, and early on, it actually didn’t click very well with me. It relies very heavily on its active skills which are unlocked deep into the skill tree, and beyond that, it also has a unique quirk in that if you hold down the attack button slightly, the staff will transform, extending out and dealing an extra hit. Hold the button down too long though and you’ll drop the combo, so there’s a special rhythm to attacks with the Splitstaff that just doesn’t exist with other weapons.

Man, oh man, is that action still as good as ever

Once I got over the initial learning curve and built up some skill points that could be invested in the extremely strong multi-hitting attacks of the Splitstaff, I learned to really like it. Aesthetically, it brings back memories of playing Ninja Gaiden with the Lunar staff, but even beyond that its range is fantastic, it’s really good at inflicting elemental status ailments, and it offers a completely different style of play compared to my other main weapon, the Switchglaive, all while still allowing me to utilize powerful Onmyo magic.

I ended up using my Splitstaff/Switchglaive build all throughout the DLC, which took me about 12 hours total if you include some backtracking to find a trio of items required to unlock one of the missions. Spread all throughout its 10 missions are a fairly large handful of new enemy types, including giant crab yokai with Groucho Marx facial hair; gross fleshy monstrosities called Nuppeppo that have a nasty tendency to suck you up and spit you out like a nightmarish version of Kirby; nastier versions of the monkey-like Enki enemies called Kiryokis; and more small variations on other existing enemies. The crabs are pretty irritating to fight due to them being impervious to damage from the front, but the rest of the new enemy types are fun and challenging new obstacles to learn how to deal with.

Of course the biggest challenges come in the form of the bosses. I don’t want to spoil them, but there are some great surprises in store for fans of the original Nioh, along with some super fun fights that rank up there among Nioh 2’s best boss battles to date.

If you’re a Nioh 2 superfan, one of the most enticing additions for you will no doubt be the Dream of the Demon difficulty, which essentially serves as Nioh 2’s New Game++. As you’d imagine, Dream of the Demon raises the level of all enemies, along with the gear that they drop, but it also remixes enemy locations, and introduces incredibly tough red enemies that are much stronger than your garden variety yokai. Just to illustrate how deep into Nioh 2 you have to be in order to survive Dream of the Demon, I have poured nearly 107 hours into a character who is level 159. To survive the very first mission of Dream of the Demon, I’d need to be nearly a hundred levels higher.

iPhone 12 launch day: Apple’s big event was quite a whirlwind

XCOM 2 Is Coming To iOS Devices

The best Amazon Prime Day deals 2020: best deals from around the web

Foregone Science Has Finally Gone Too Far | My Xbox And Me

Genshin Impact characters: How to get Venti? How rare is Venti? Best Venti build?

The Virus Moved Female Faculty to the Brink. Will Universities Help?

Chris Evans: Virgin Radio host explains why he turned down lunch with Rod Stewart and wife