Mother, 51, faces jail after audacious attempt to single-handedly dig a 35ft-long tunnel to free her murderer son from prison in Ukraine

A mother who tried to single-handedly dig her way into a jail in Ukraine to free her murderer son is now facing being locked up herself.

The 51-year-old woman, who has not been named, rented a house near the jail in southern Zaporizhia region where her son is serving a life sentence.

She then used shovels and pickaxes in order to dig a 10ft-deep tunnel in a nearby field which then ran for 35ft underground to just under the prison walls. 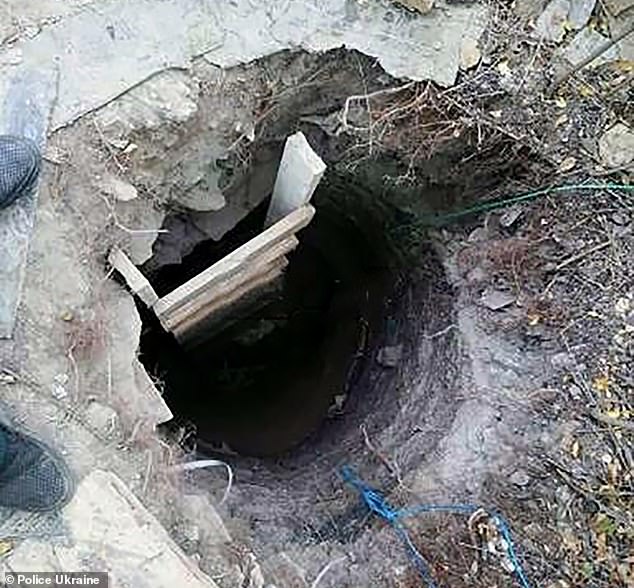 A 51-year-old mother has been jailed in Ukraine after attempting to dig an escape tunnel under jail walls so she could free her son, who is serving a life sentence for murder 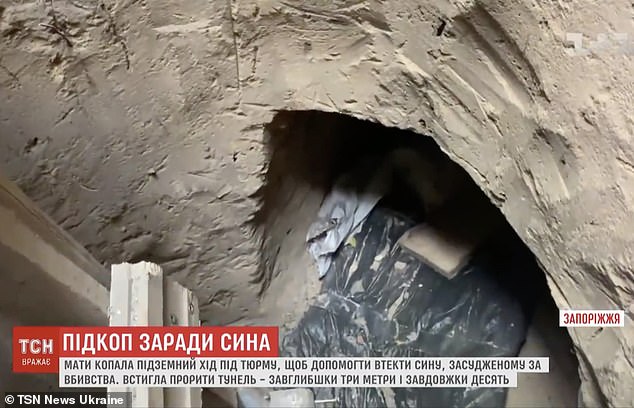 The woman rented a house in the town closest to the prison, then dug a 10ft-deep tunnel in a nearby field which ran for 35ft underground towards the jail

She dug only at night so as not to attract attention, arriving at the dig site on a silent electric scooter.

A jail guard said: ‘She had a kind of trolley, a piece of plywood with small wheels, so she could remove the soil.’

The soil was dumped near a disused garage, close to where the dig site was located.

The woman had shifted some three tons of earth by the time she was caught and arrested, three weeks after starting her project.

During the day, the woman kept indoors so as not to attract attention as a outsider.

When Ukrainian TV station TSN showed a photo of her to a nearby shopkeeper, he did not recognise her. 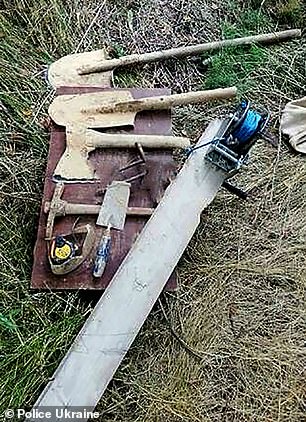 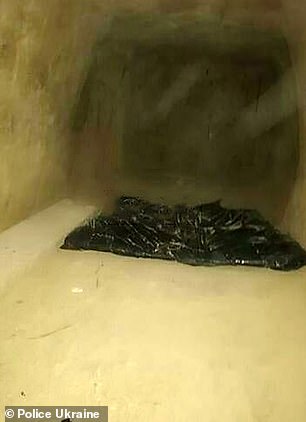 The woman used hand tools (left) to excavate the earth, and a placed a trolley inside the tunnel (right) which she used to remove three tons of debris 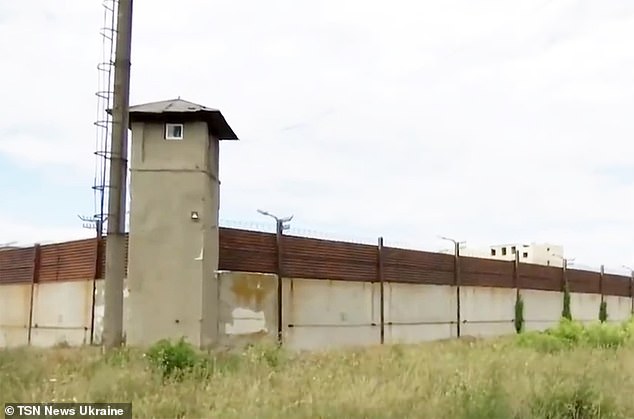 The tunnel had almost got underneath the prison walls (pictured) when it was discovered, and the woman now faces being locked up as well

‘To dig three metres deep would be hard enough. ‘She had no excavator or anything of the kind.’

No details have been given about the identity of her son who is from Mykolaiv, a five-hour drive away, but is now jailed in the bleak penal colony.

During a search of the rented house, police found hand tools for digging. The woman won praise from Ukrainians. ‘This is a real mother – not one of those who abandon their children,’ said a commenter.

Businessman is forced to pay $250,000 ransom after being kidnapped during a home invasion

NBA player ordered to leave bubble for violation of protocols