Dave and Odette Annable revealed they were giving their marriage a second try on Monday.

The acting couple shared identical Instagram photos of themselves sharing a passionate kiss on the beach to mark the occasion.

The 40-year-old Brothers & Sisters star and the 35-year-old Supergirl actress previously announced that they were separating in October 2019, following nine years of marriage. 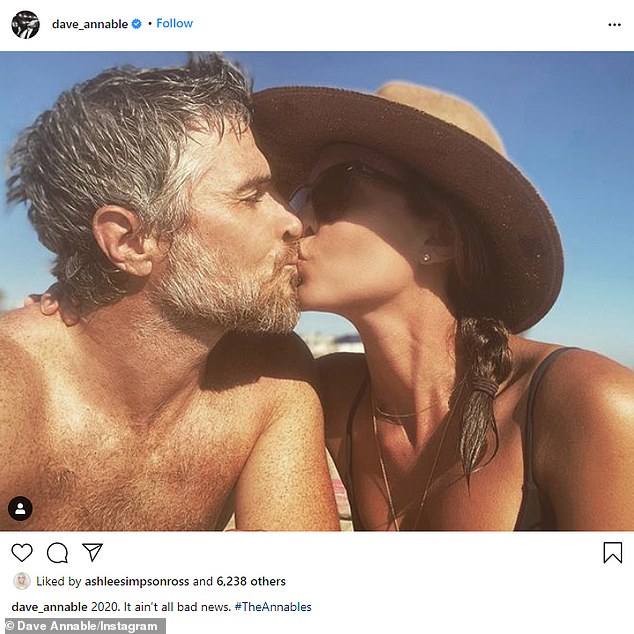 Reunited and it feels so good: Dave Annable, 40, and his wife Odette, 35, revealed Monday on Instagram that they had reunited after separating in October 2019

Dave was shirtless and had wet, tousled hair and a thick salt-and-pepper beard in the romantic snap as he kissed his love, who wore a wide-brimmed straw hat and had her brunette locks in a braided ponytail.

‘2020. It ain’t all bad news,’ both captioned their respective photos, along with the hashtag #TheAnnables to prove they were back in force.

In April, it was revealed that the former couple were quarantining together with their four-year-old daughter Charlie Mae after they were spotted together on a Zoom Seder for Passover.

The two were also together again in another Zoom meet-up that month for a friend’s birthday party. 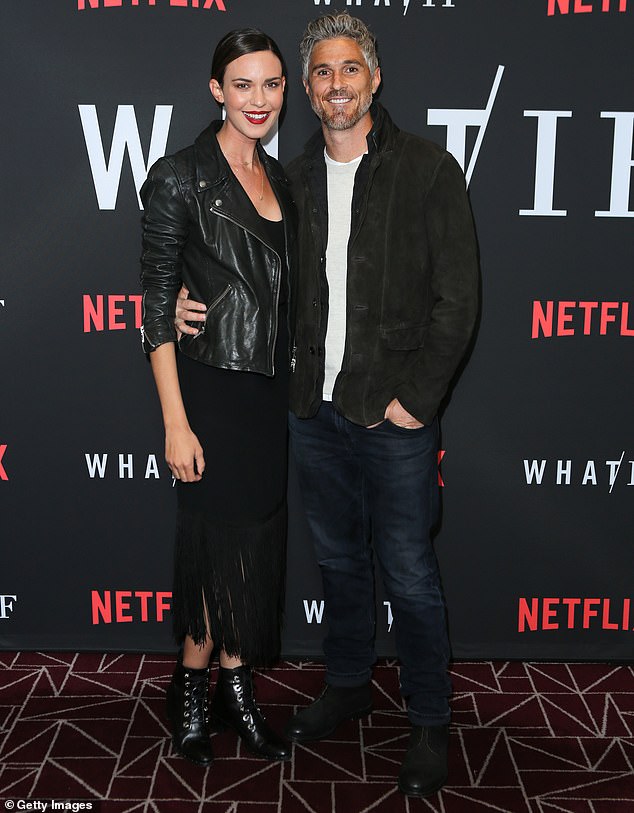 Back at it: ‘2020. It ain’t all bad news,’ both captioned their respective photos of them kissing on the beach. The two were first married in October 2010; pictured in May 2019 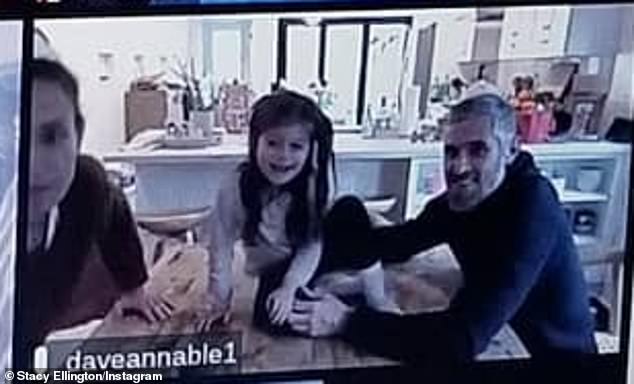 Hunkering down: Six months after they announced their separation, the married couple were tagged in a virtual Passover celebration in April with their daughter Charlie Mae, four

Dave and Odette announced their legal separation in October 2019 with a statement.

‘It’s with heavy hearts that we have come to the mutual decision to separate at this time,’ they wrote.

The two said their daughter was their ‘primary concern’ and they said they remained ‘committed to co-parenting her together.’

Despite the separation, they don’t appear to have filed divorce papers prior to their reunion.

The couple had tied the night nine years earlier in October 2010. 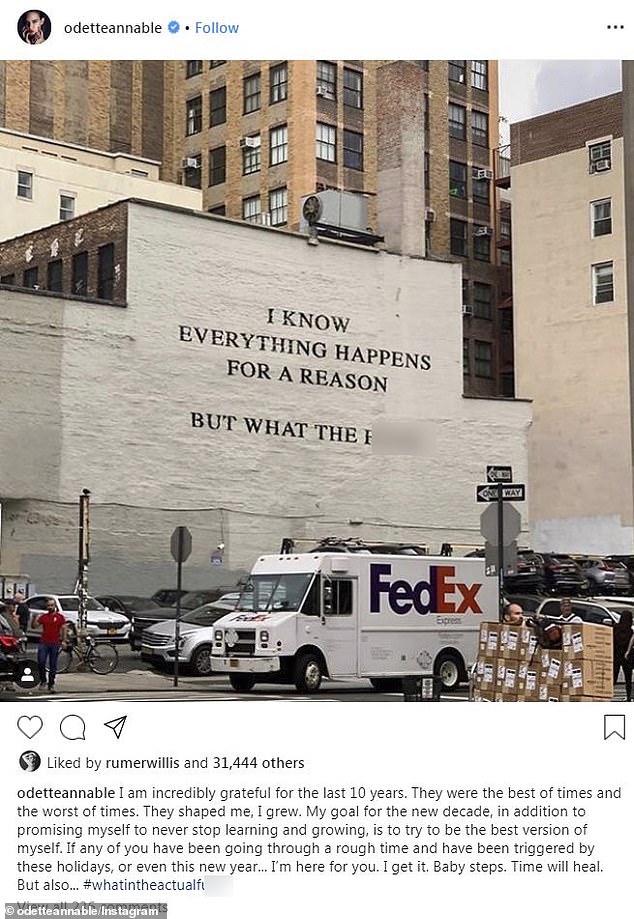 Hard to adjust: In January of this year, Odette revealed that she was ‘going through a rough time’ in an Instagram post

In January of this year, Odette revealed that she was ‘going through a rough time’ in an Instagram post.

‘I am incredibly grateful for the last 10 years. They were the best of times and the worst of times. They shaped me, I grew,’ she began her caption.

‘My goal for the new decade, in addition to promising myself to never stop learning and growing, is to try to be the best version of myself.’

She concluded: ‘If any of you have been going through a rough time and have been triggered by these holidays, or even this new year… I’m here for you. I get it. Baby steps. Time will heal. But also… #whatintheactualf**k.’ 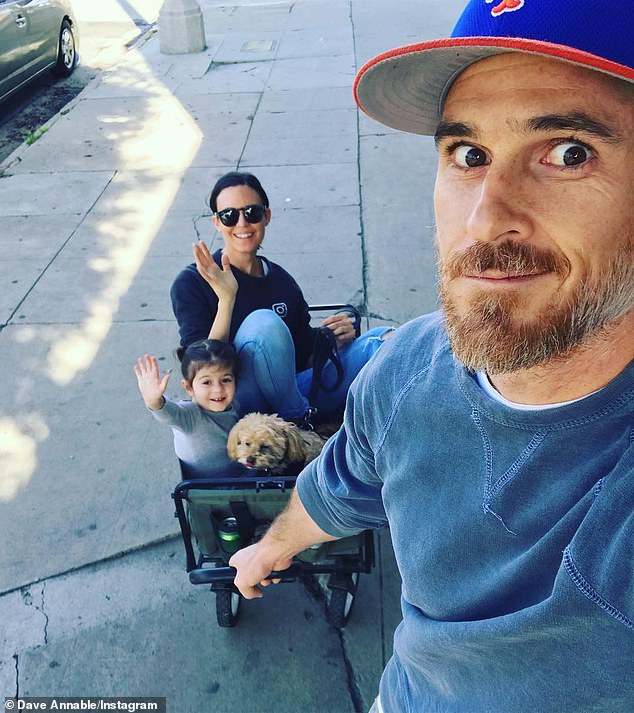 Acting couple: Dave and Odette (née Yustman) first met when she appeared as his love interest on the fifth and final season of his NBC drama series Brothers & Sisters

Dave and Odette (née Yustman) first met when she appeared as his love interest on the fifth and final season of his NBC drama series Brothers & Sisters.

They costarred for the second time years later in Freeform’s 2018 insomniac rom-com No Sleep ‘Til Christmas.

Dave is best known for his many TV roles, including a main cast role on 2012 one-season series 666 Park Avenue and the 2019 Netflix series What/If.

More recently, she appeared as Samantha Arias on The CW’s Supergirl and on the second season of the CBS All Access thriller Tell Me A Story. 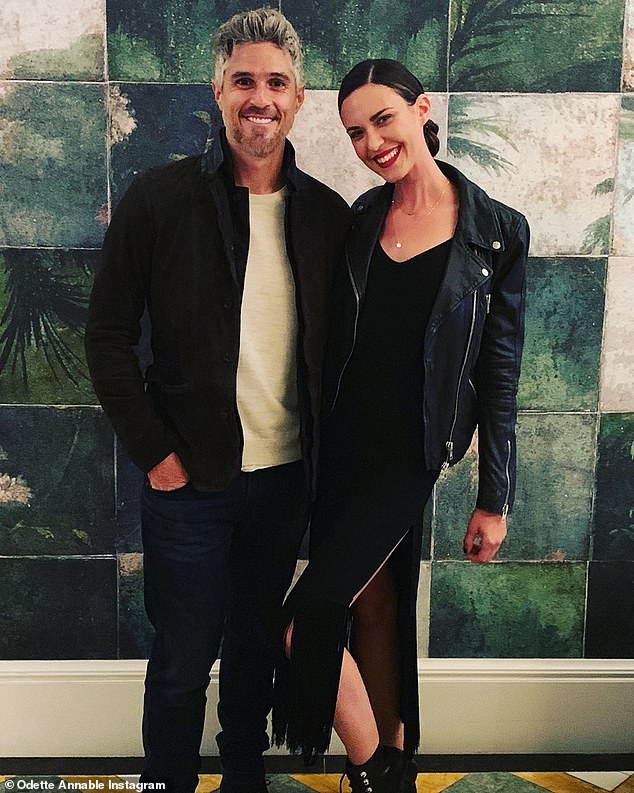 The couple that works together: They costarred for the second time years later in Freeform’s 2018 insomniac rom-com No Sleep ‘Til Christmas

Vikings: Lagertha star reveals actor who convinced her to take part 'Get me this role!'

The stimulus package isn’t gutted yet: Every benefit you might get if it passes this week

How to get past the locked doors in the Warzone stadium