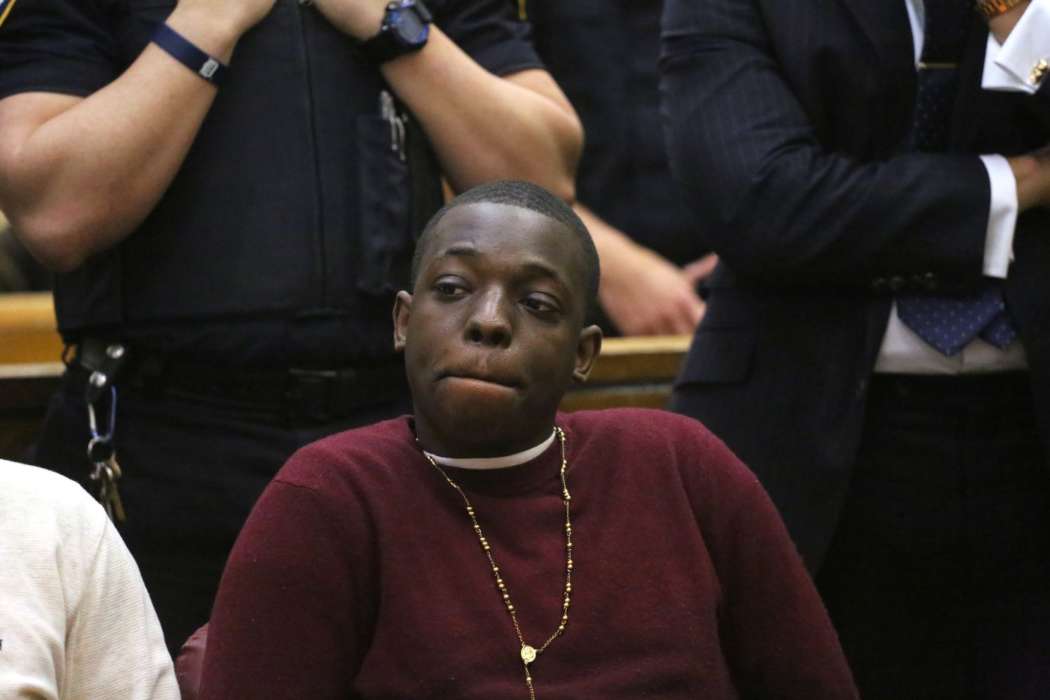 Bobby Shmurda might be getting out of prison very soon. Hot New Hip Hop says Bobby just had a court hearing this week, on his birthday, no less, and many of the rapper’s fans are wondering if he’s going to get out sooner than expected.

The outlet says there are a lot of social media comments about the rapper’s return home following several years in prison. Bobby, who just turned 26, is now a trending figure on social media platforms as people speculate as to when he’ll get out.

One fan wrote on Twitter, “I BEEN SELLIN’ CRACK SINCE THE 5TH GRADE, BOBBY? RELEASED TOMORROW???” The tweet was shared approximately 35,000 times. Other users made similar comments.

As it was previously reported, just a few weeks ago, a countdown was created which many fans believed had something to do with the rapper’s release from the big house. However, Hot New Hip Hop says the website wound up being fake.

Another rapper to get out of prison this year is Tekashi 6ix9ine, although, the reception to his release has been much different than that of Bobby Shmurda. Tekashi 6ix9ine exchanged information about the Nine Trey Gangsta Bloods to get out much earlier.

6ix9ine, born Daniel Hernandez, said on his Instagram live stream that he didn’t buy the idea of being loyal to the gang because they didn’t treat him with respect. Shmurda, on the other hand, has a much better reputation in the sense that he served his time and never told the police what they wanted to know.

On the topic of snitching, another rapper this year was recently reported to have been avoiding the police right up until his death. As it was previously reported, Pop Smoke, who was gunned down in a home invasion at the start of the year, didn’t want to speak with the NYPD when pressed on the gangs of the city.

After he was arrested for possessing a stolen Rolls Royce, the police put some pressure on him but the rapper never budged.

Rob Mallard: Coronation Street's Daniel in storyline admission 'Might become a bit much'

Lil Nas X Says The Lockdown Has Been ‘The Best Thing’ For His Creative Process – Here’s Why!

Kelly Clarkson: My Life Has Been a 'Dumpster’ Amid Divorce From Brandon