Arnold Schwarzenegger certainly felt the love from his family for his 73rd birthday this year.

The Terminator star reached his new milestone last Thursday, and it turns out he spent the day with his loved ones, including estranged wife Maria Shriver.

On Monday, his son Patrick Schwarzenegger posted a photo to Instagram showing that he marked the special occasion with Shriver, 64, and the four children they share together. 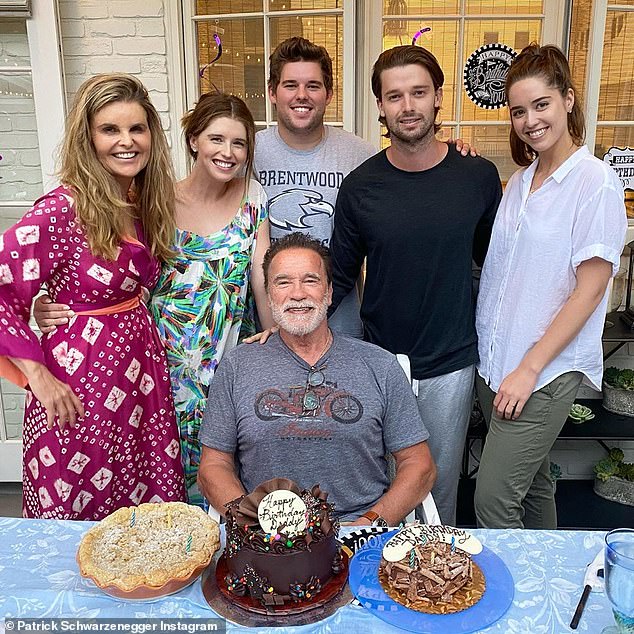 Schwarzenegger has a fifth child, Joseph Baena, who he fathered with his housekeeper at the time, Mildred Patricia “Patty” Baena. Joseph, 22, wished his father a happy birthday in a rare throwback picture last week.

Despite filing for divorce after 25 years of marriage back in 2011, recent reports have suggested that Schwarzenegger and Shriver are still legally married as they have never finalized their divorce proceedings. 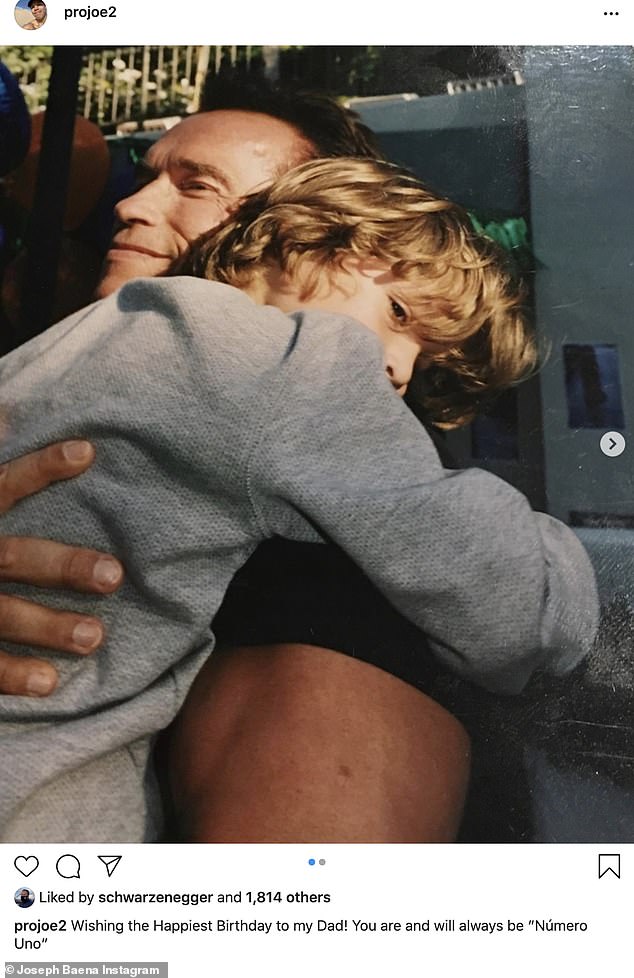 Number one: Arnold Schwarzenegger ‘s once ‘secret son’ Jospeh Baena also  shared a rare snap from his childhood with his father to mark the actor’s 73rd birthday last week

Shriver filed for divorce after learning that Schwarzenegger had fathered a child – Joseph – with their housekeeper Mildred.

The child was on October 2, 1997, only a few days after Shriver gave birth to the couple’s fourth child, Christopher.

But it wasn’t until May of 2011 that it was revealed that the housekeeper’s child was his. 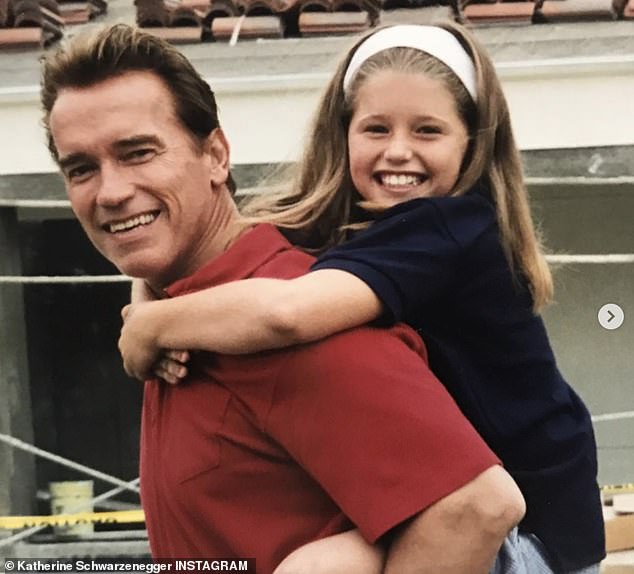 Celebrating: ‘Happy Birthday daddy,’ his eldest daughter Katherine wrote to Instagram. ‘I love you and can’t wait to celebrate you!’ The 30-year-old author also shared a photo from her youth, as Arnold carried her on his back they both beamed big smiles 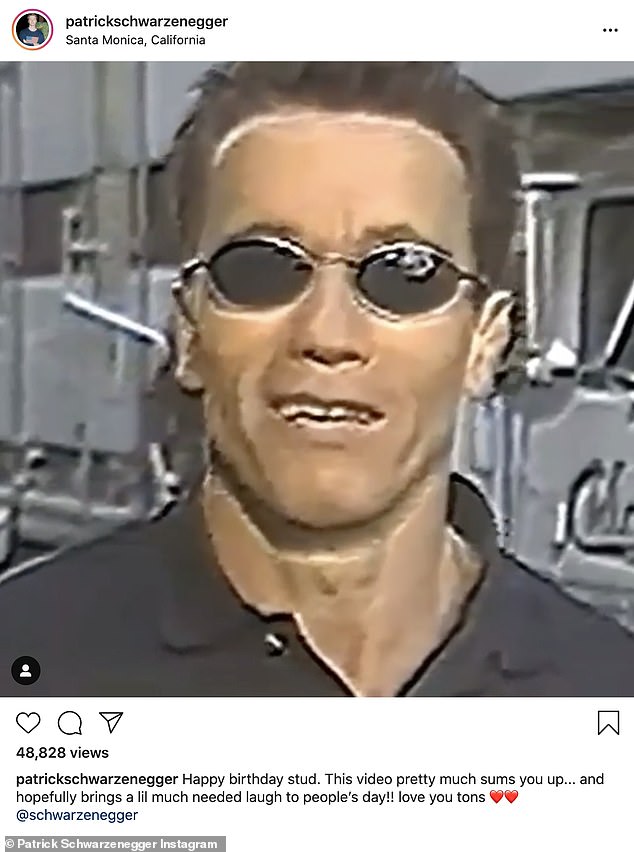 Stud: Midnight Sun actor Patrick dug up an old video of his dad from his career and wrote ‘Happy birthday stud.’ ‘ ‘I can smoke stogies in my house,’ Arnold says holding up a cigar in the video. ‘Because my father introduced me to stogies and because I’m a stud’ 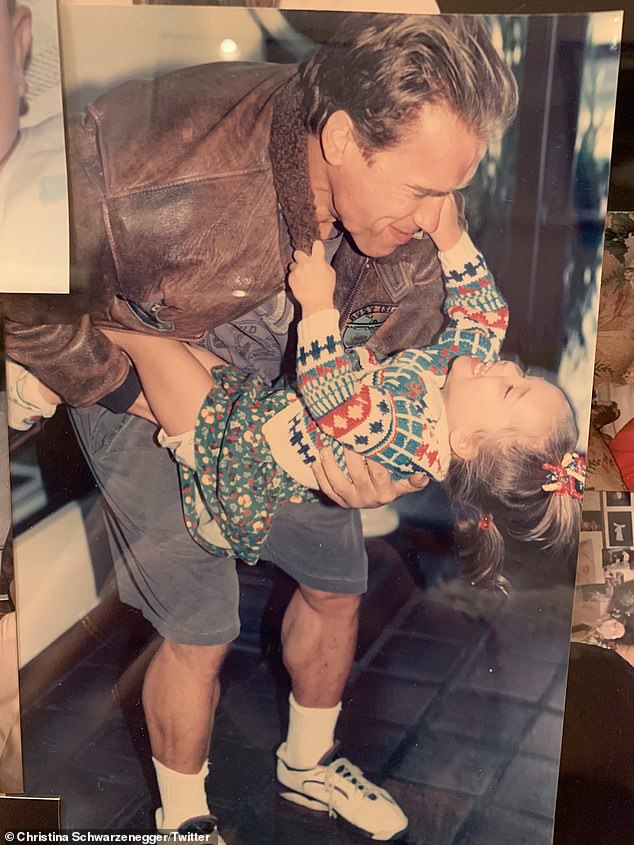 Dip: Christina also shared a photo from her childhood with her dad, as he dipped her close to the ground in his arms

The couple did not have a prenup, but according to TMZ at the time, ‘there was never any real custody beef, and ‘they both quickly agreed on joint custody,’ and now none of their children are minors.

They had an estimated $400 million at the time of their separation.

But the outlet reports, ‘Sources connected to Arnold and Maria say there were bumps along the way in hammering out a settlement but, since the split is 50/50, there are no serious roadblocks.

Early bird: ‘Happy Birthday to the only person who can get me up for a 7am bike ride,’ Christina wrote. ‘Love you more than you know’ 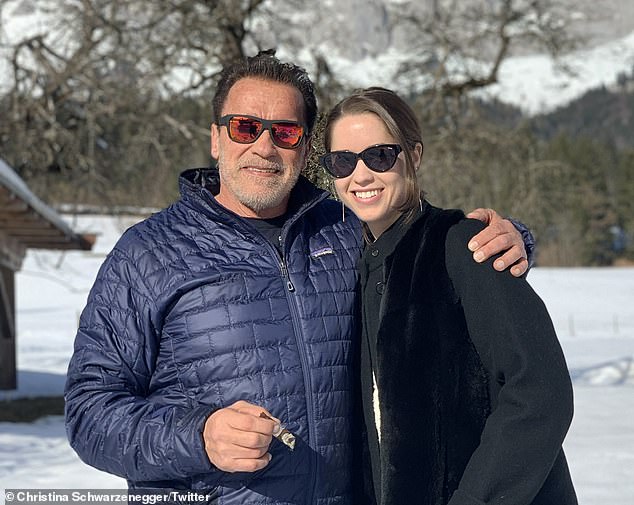 Now: She also included a more recent photo with the father-of-five as they enjoyed the snow on a trip together 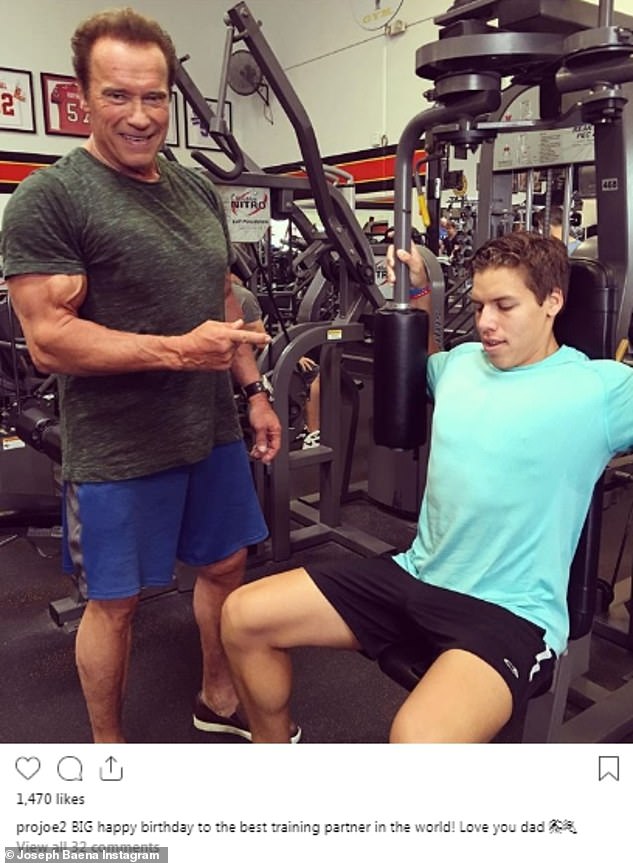 ‘Best training partner’: The revelation that Arnold fathered a son outside of his marriage to Maria made headlines in 2011 and since the father and son have built a strong relationship and often hit the gym together

'The Vanishing Half' nominated for National Book Award

TIFF 2020 kicks off a strange start to the Oscars race

Kanye West leaves fans concerned as he tweets about being murdered

James Bond: No Time To Die release date delay to 2021 ‘would be CATASTROPHIC’

Watch Bryan Cranston Return to TV in the Trailer For Your Honor, Showtime's New Crime Drama