Most of Michael Hector’s five years with Chelsea before signing for Fulham were spent on loan.

He marked Robert Lewandowski in Germany, played an FA Cup semi-final for Reading and faced Celtic during a spell with Aberdeen.

The one glaring omission has been playing in the Premier League – something the impressive central defender can correct if Fulham beat Brentford in Tuesday’s Championship play-off final at Wembley. 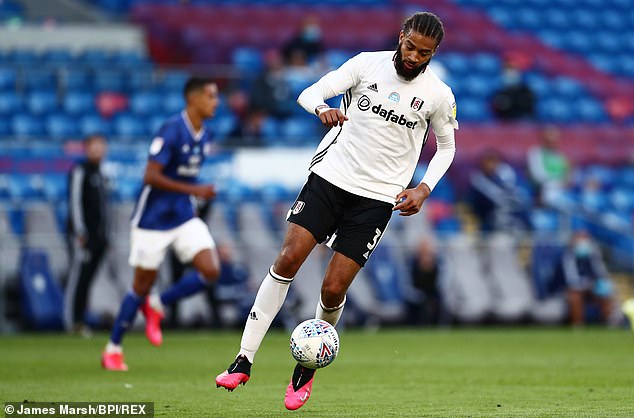 ‘It’s my dream. Something I have strived to do all my career,’ reflects 28-year-old Hector ahead of the biggest game of his life.

‘I have been close and now we are 90 minutes away. I grew up in west London supporting Chelsea and Gianfranco Zola was my hero. I signed for them from Reading and would love to have played a first-team game but the opportunity never came.

‘The closest I came was 2016 when they gave me the No 30 shirt in pre-season. Then David Luiz signed and took the number, and I went on loan to Eintracht Frankfurt!’

Frustratingly, two of Hector’s other loan clubs Hull and Sheffield Wednesday drew Chelsea in the FA Cup whilst he was there, but rules meant he was ineligible so he’s still waiting for his first game at Stamford Bridge. 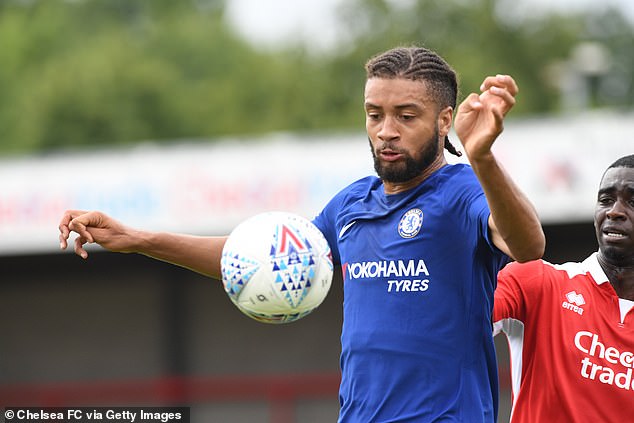 He’ll never get a better chance than this. Fulham and Brentford finished level on points in the regular season but the man supporters dub The Championship Van Dijk is confident Scott Parker’s side can have the edge, and bounce back into the Premier League at the first time of asking.

‘Brentford beat us 2-0 at Craven Cottage but we had the better chances. If we’d taken them it would have been a different story but we switched off right at the end,’ asserts Hector, who officially signed for Fulham in January though Chelsea had let him train there from September.

‘We know what’s at stake but it’s all about playing the game rather getting lost in the occasion..

‘Having been on so many loans before, I feel I have found my home at Fulham. We can beat anyone on our day.’ 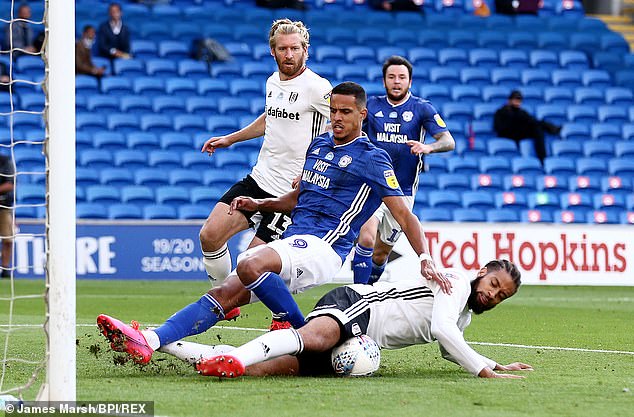 Nicknamed the ‘Championship’s Virgil van Dijk’, his defensive displays were crucial in the Championship play-off semi-final victory over Cardiff City

Victory would be the third consecutive year Fulham have either been promoted or relegated from the Premier League, confirming their status alongside West Brom, Charlton and others as proper yo-yo clubs.

Whilst opponents and west London rivals Brentford haven’t been in the top flight since 1947, Fulham rose through the leagues when Mohamed Al-Fayed and Kevin Keegan were at the helm, later reaching a European final under Roy Hodgson.

Life has been more mixed under current owners Shahid and Tony Khan. They won promotion via the play-off final under Slavisa Jokanovic but were then relegated last season following an ill-advised spending spree.

Parker, a former Footballer of the Year with West Ham, has steadied the ship, promoting a possession game with striker Aleksandar Mitrovic providing the cutting edge, though the Serbian is an injury doubt for the final having missed both legs of the semi-final win against Cardiff with a hamstring injury. 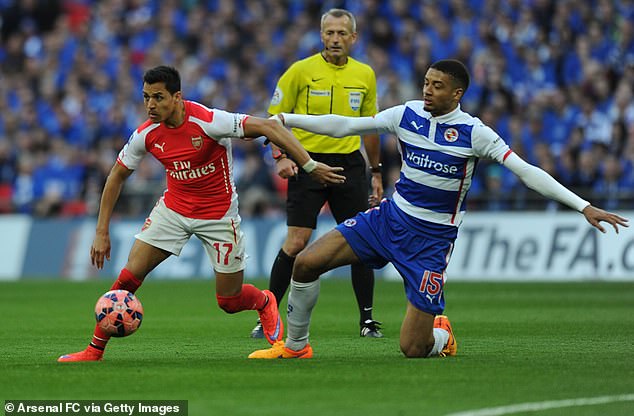 Talking about Parker, Hector says: ‘He has done an unbelievable job to get us in the play-offs. I don’t think he gets enough credit for what he’s done.

‘It’s his first job in management. The Championship is a tough league, Saturday-Tuesday. To get a relegated team up there challenging isn’t easy. You see clubs like Huddersfield come down and have another relegation fight.’

The traditional Fulham family feel is back. They missed the deadline to sign Hector in the summer but to make him feel wanted, they arranged with Chelsea for him to train after September and was involved in all the team meetings to learn about his new club until he was able to play from the start of 2020. His own previous Wembley experience came in 2018 when Reading were beaten 2-1 by Arsenal.

NFL with no quarterbacks? The league's Covid-19 problems are just starting

'I want to stay for a long time': Gianluigi Donnarumma hints that he WILL sign a new AC Milan deal

Talking Horses: Grand National on the wish-list for rejuvenated Yorkhill

‘I Forget About the World:’ Afghan Youth Find Escape in a Video Game