Malcolm X warned us a long time ago to be leery of settling for symbolic victories rather than justice and actual progress.

“The whole world can see it,” he said during a speech in 1963. “All this little tokenism that is dangled in front of the negro and then he’s told: ‘See what we’re doing for you.’”

And so, like clockwork, as anti-racism protests swept the country over the last few months, the sports’ gesture machine cranked into gear. The Boston Red Sox unveiled a 250ft Black Lives Matter billboard next to Fenway Park; gamers will be greeted with a Black Lives Matter message every time they load NHL 20; the NBA and WNBA unveiled a Black Lives Matter logos on their courts before their season restarts in Florida; on MLB’s opening day, players and coaches knelt before the national anthem, and teams played a message of unity; and NFL commissioner Roger Goodell admitted the league had been wrong on player protests and encouraged players to use their voices to speak out against racism and police brutality.

At first I thought all these gestures were great. Teams, leagues and top-level officials across sports were condemning the killing of George Floyd, and declaring that Black Lives do in fact Matter. They weren’t generic, bland statements either: they went into detail you don’t normally see.

For example, the Dallas Mavericks said: “We will NOT stand for injustice, inequity, and disparity. History goes through phases. Phases in Restoring (justice), Rebuilding (communities) and Rebounding (as people).”

Meanwhile, the Miami Heat made sure to specifically name victims of police violence. “We deeply mourn the tragic deaths of George Floyd, Breonna Taylor, Ahmaud Arbery and too many others, whom we have lost to acts of extreme and excessive violence against African Americans,” the team said in a release.

Every NBA team made a similar statement. And for this I have to give a lot of credit to the league’s commissioner, Adam Silver, for setting an example. Starting from when he took the reins and had to deal with the Donald Sterling situation, he has made it clear that he will speak out for justice and stand against racism.

Was this a new beginning, I wondered? How beautiful that the entire sports world had finally reached a universal point of empathy. But then I noticed that police violence appears to have become worse after George Floyd’s murder, while hate crimes against people of color have actually risen during the pandemic.

Now I wonder if these admittedly admirable statements are enough. Can these teams and their billionaire CEOs – I don’t use the term “owner” for obvious reasons – use their power and influence to bring about tangible change beyond statements of support and solidarity? Definitely.

What if NBA CEOs took proactive roles in their respective cities and pressured police departments to move toward specific reforms and more accountability? It’s not as if men such as Mark Cuban in Dallas or Micky Arison in Miami are lacking in clout in the cities where their teams play. They are billionaires. Not millionaires like the players who have been doing an amazing job protesting, but billionaires (with a B) on whole other level of power and influence.

What if they followed the recent example of FedEx, which showed the power of money when it comes to combatting racism.

Dan Snyder, the majority owner of Washington’s NFL team, stubbornly refused to change his franchise’s racist nickname for years despite pleas from Native Americans that is was a slur. Then a couple weeks ago, he had a sudden change of heart. Why? Not because he had an Ebenezer Scrooge moment of clarity and wanted to right his wrongs. It was because FedEx, a sponsor who paid $205m for the naming rights to the team’s home stadium stadium, threatened to cut off their funding.

Wu-Tang once told us that cash rules everything around me and they were absolutely right.

What if the NBA and its teams’ CEOs used their influence to pressure cities to threaten to cut the funding of police departments if they didn’t adopt tangible reform and accountability measures? I bet you would see results as immediate as what you just saw in Washington.

This could be done across the sports world, not just the NBA. Teams can take real action, with real results, instead of waiting for the players (who don’t have the same caliber of influence) to “speak” on these issues.

Let me be clear: Nobody wants to completely abolish the police, but every organization needs checks and balances. Nobody in society should have carte blanche to do as they please, and unfortunately, that is the incredibly dysfunctional situation we have fallen into with our law enforcement departments.

Declarations are great. Having Black Lives Matter painted on courts and fields are bold statements. And I guess playing the Black national anthem before NFL games is … something. But we need to go far beyond that in order to bring about real change.

The situation reminds me of a conversation I had with Tiffany Crutcher, whose brother, Terence Crutcher, was killed by a police officer in Tulsa, Oklahoma.

“We get moved by the moment … we’re angry, we’re outraged, and then we move on to the next thing,” she told me when I interviewed her for my book, We Matter: Athletes And Activism. “Let’s put some pressure, not just on the local government, but we need to put pressure on Jeff Sessions, on Donald Trump, and let them know that we’re not going to stand for this.”

Who better to apply that pressure than billionaire CEOs of professional teams and the sports leagues themselves. They can use their influence beyond powerful proclamations and push for tangible results. Statements are great, but in this day and age, we need much more.

The season-opening Maui Pro, featuring the world’s best women surfers, was put on hold after a shark attack at Honolua Bay. Semi-finals […] 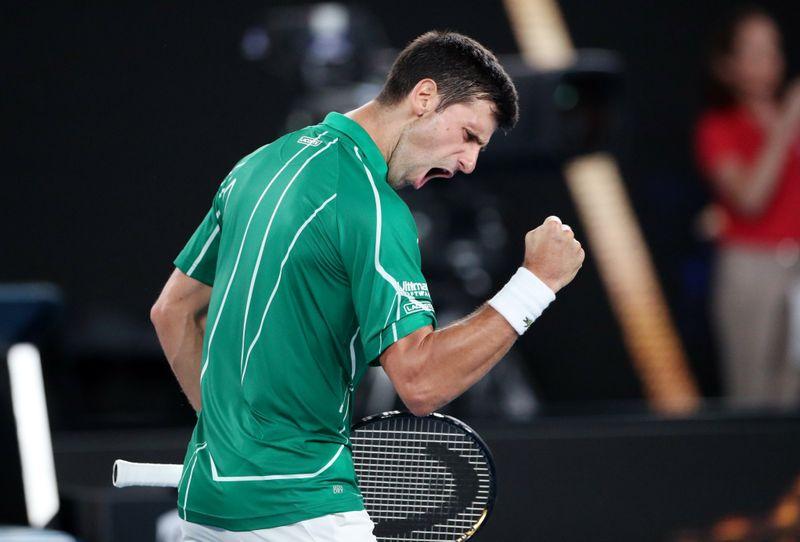