In a biopic about the mating rituals of anglerfish, it’s unclear what would earn the film its R-rating: the sex or the violence.

Born into an inky deep sea world, the males of certain anglerfish species exist solely to sniff out their mates. Upon locating his lady (who might be up to 60 times his size), the male will nip at her belly. His mouth then dissolves in a sludge of chemicals that physically fuse him to his bioluminescent bride, forever commingling his blood and tissues with hers.

This grotesque ritual, called sexual parasitism, looks just as bizarre as it sounds. To an immunologist, though, the aesthetics of this macabre form of unholy matrimony aren’t actually the weirdest part.

Two genetically distinct animals, no matter how much in love, shouldn’t be able to merge their flesh without serious consequences, said Dr. Thomas Boehm of the Max Planck Institute of Immunobiology and Epigenetics. It’s the same reason that transplanted organs often get rejected by a recipient’s body: Vertebrate immune systems are built to wage war on any foreign matter.

And yet, some male anglerfish are full-time grafts — the ultimate live-in boyfriends. “It really is a mysterious phenomenon,” Dr. Boehm said.

With the help of modern genetic sequencing, Dr. Boehm and his colleagues may have solved this deep sea dilemma. Anglerfish have largely jettisoned a branch of the immune system that’s been a fixture of vertebrate bodies for the last 500 million years, they report in a study published Thursday in Science. The adaptation may help the clingiest of couples stick together.

It’s a substantial sacrifice to make, even for sex: Similar changes would be lethal for humans — and no other animals have yet been documented doing the same.

“This is some of the cooler science I’ve read in a while,” said Jesyka Meléndez Rosa, an evolutionary biologist and expert in the genetics of the immune system at the University of Puerto Rico who wasn’t involved in the study. “It just goes to show, nothing is sacred.”

Anglerfish have good reason to resort to extreme evolution. Thousands of feet below the surface of the sea, where the sun’s rays don’t shine, both food and friends are scarce. Many males never actually manage to find a female. “So if they do meet up, what better thing to do than to bite and hold and stay that way?” said Theodore Pietsch, an evolutionary biologist at the University of Washington and an author on the study.

That’s probably why sexual parasitism has supposedly evolved multiple times across the anglerfish family tree. In some cases, the attachments are temporary — the boys hop on and off as they please. In others, though, the males become permanent fixtures on the females.

These longer-lasting hookups come with a price. After males glom onto their girls, their innards rapidly atrophy until little more is left than a bulbous pair of testes, fringed with gills, protruding from the female’s flank like a sperm-filled saddlebag. “There’s basically no integrity at this point,” Dr. Pietsch said.

In the most extreme version of this trait, females of some species will host up to eight male consorts at a time.

To figure out how the fish tissues tolerate each other, the researchers sequenced the genes of 10 types of anglerfishes. They found that two of the most decorated species, where females sported entourages of males, had lost their ability to produce functional antibodies and T cells — two types of immune system sentinels that greatly underpin the body’s ability to distinguish its own cells from unfamiliar ones, and annihilate inbound threats.

That strategy comes in handy when animals must contend with germs or cancerous cells, said Zuri Sullivan, an immunologist at Yale University who wasn’t involved in the study. The so-called adaptive immune system, to which antibodies and T cells belong, also helps the body remember past encounters with pathogens so they can be vanquished again. “It provides this huge benefit,” Ms. Sullivan said. “It’s a big thing to lose.”

Similar genetic changes were present in anglerfish that melded monogamously, though to a lesser degree. These more faithful fish still had genes that allowed them to manufacture a limited selection of disease-fighting antibodies, for instance.

Least altered of all were the ephemeral attachers, who seem to have retained the genes for T cells and a blunted antibody response. In general, the less durable the bond, the more intact the immune system, Dr. Boehm said. That pattern makes sense: Short-lived flings between partners can withstand some tissue rejection, but the stakes are far higher when a relationship is for keeps.

Dr. Boehm said the data so far point to the possibility that deterioration of anglerfish immunity preceded the rise of sexual parasitism. But figuring out the order of these events is really “a chicken or egg situation,” Dr. Meléndez Rosa said.

The researchers also don’t yet know how anglerfish manage to ward off infections. But there’s more to the immune system than antibodies and T cells; perhaps other members of this complex cavalry have risen in the ranks to compensate, Ms. Sullivan said. “Clearly, these animals are doing fine,” she said.

Finding these answers will likely require finding more rare deep sea anglerfish. It took several years to amass 31 specimens with enough DNA to analyze, Dr. Boehm said. But the researchers are up for the challenge.

“We are not quite sure what lessons the anglerfish will teach us,” Dr. Boehm said. “But we know they have done something really incredible.” 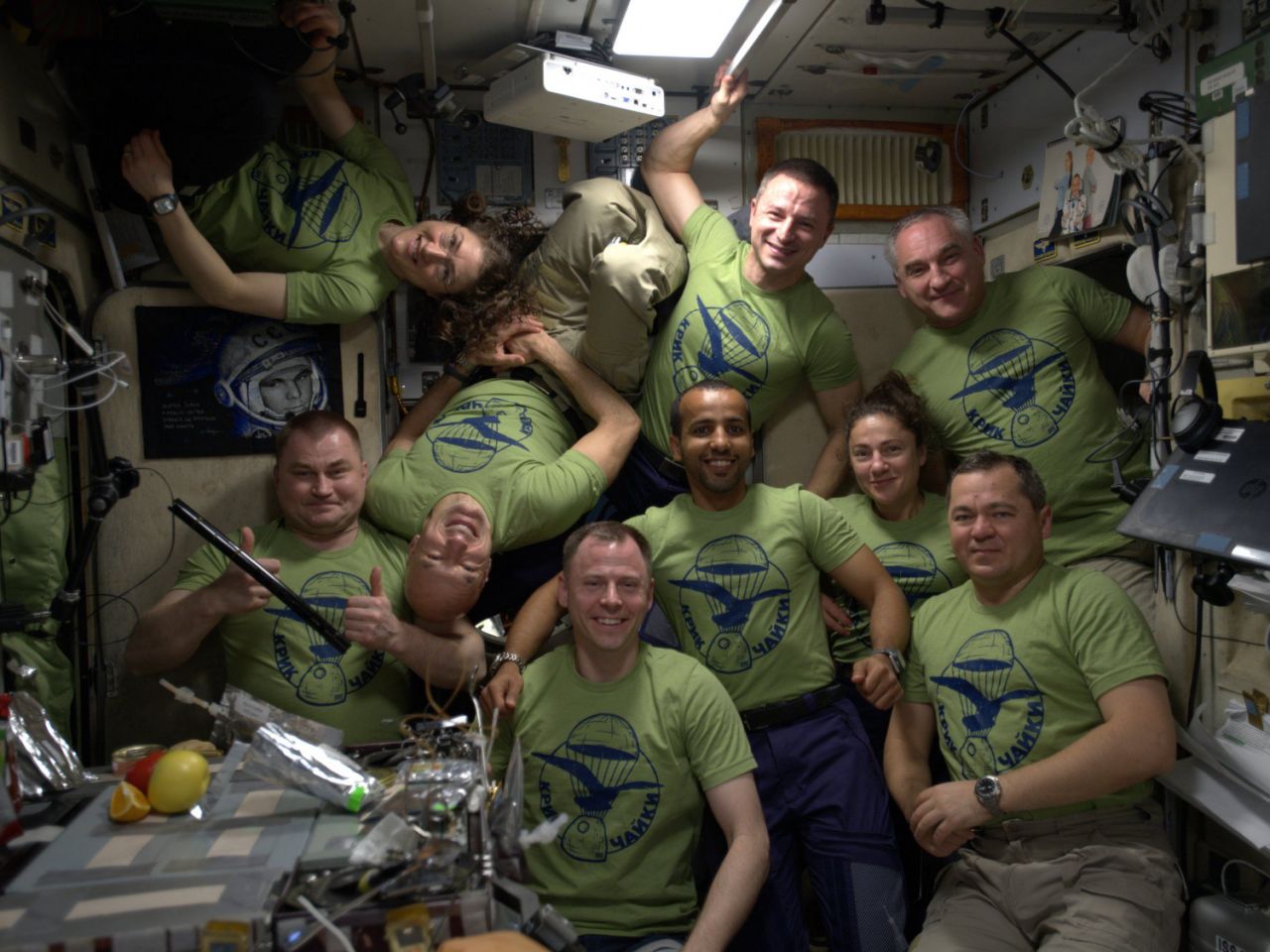 (NEW YORK) — Citing a social media backlash, the seminary at the Catholic University of America has canceled a talk by a […] 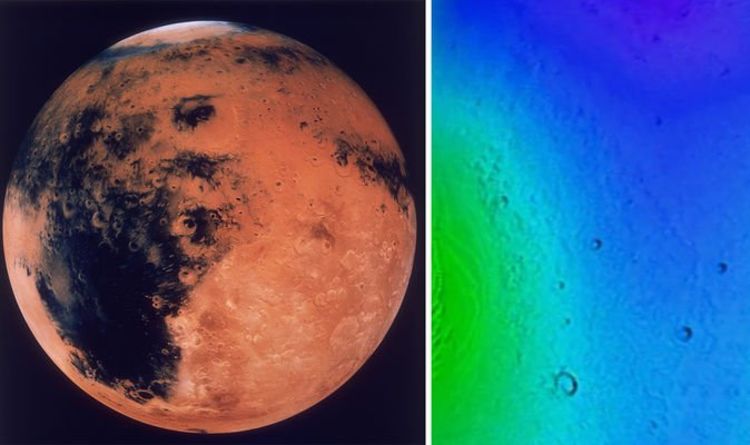 The possibility of life on Mars is a subject of significant interest to NASA due to its similarities to Earth. To date, no […] 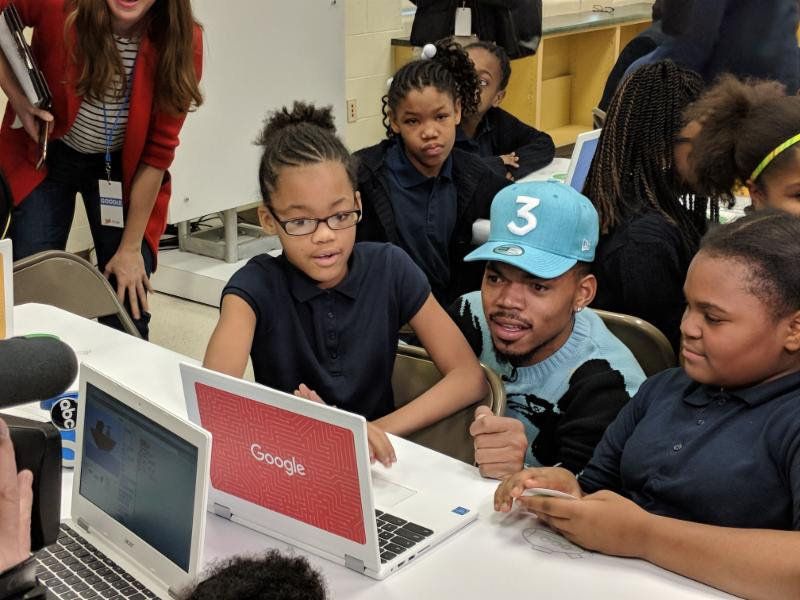 (Courtesy of Google) More Chance the Rapper is like Santa to Chicago Public Schools. The three-time Grammy winner teamed up with Google […]