Shares around the world tumbled yesterday after the American economy suffered its biggest decline in post-war history and Donald Trump called for the presidential elections to be delayed.

As the devastation caused by the Covid-19 pandemic became clear, major stock markets in Britain, Europe and the US fell by as much as 3.5 per cent, wiping billions of pounds off the value of pensions and other savings.

The sell-off came after official figures published in Washington showed economic output in the US contracted at an annualised rate of 32.9 per cent in the second quarter of the year. 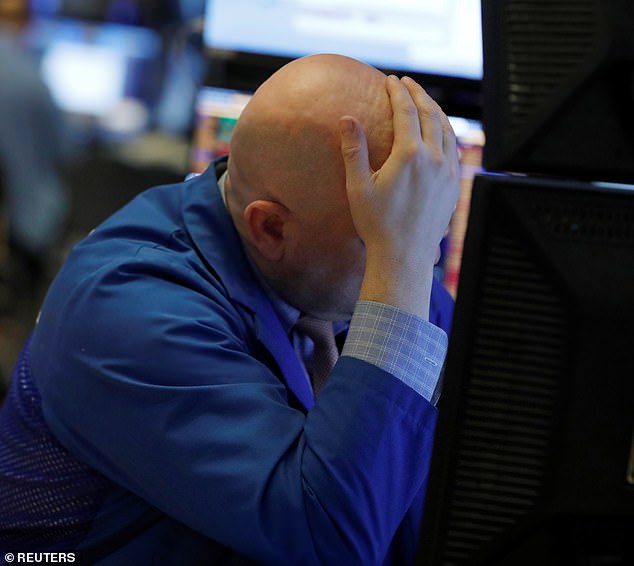 Bad day in the office: A trader on the New York Stock Exchange looks at the devastation

That was the steepest decline since the US government started keeping records in 1947 – and more than three times worse than the biggest previous slump of 10 per cent in 1958.

On a quarterly basis – the way output is reported in other countries – the US economy was down 9.5 per cent. A second report showed another 1.4m Americans claimed unemployment benefits last week, taking the total to around 17m.

The rise in jobless claims stoked fears that a nascent economic recovery is under threat from a resurgence in cases of coronavirus.

Underlining the global nature of the crisis, separate figures showed the German economy also shrank at the fastest rate on record, crashing 10.1 per cent between April and June.

The collapse in output in the US, the world’s largest economy, and Germany – the fourth biggest – laid bare the cost of forced shutdowns and stay-at-home orders designed to slow the spread of coronavirus.

The Bank of England has warned Britain is suffering its deepest recession for 300 years.

With concerns mounting that the recovery will be slow – particularly if the much-feared second wave of infections hits – investors were further spooked by a tweet from Trump calling for the presidential elections in November to be delayed.

The dollar fell sharply against currencies around the world, with the pound rising above $1.30 for the first time since early March.

Sterling has gained more than 5 per cent against the greenback so far this month as investors fret over the outlook for the US economy and its handling of the pandemic. The Federal Reserve central bank this week warned that the fate of the US economy would ‘depend significantly on the course of the virus’.

Analysts said that while the economic figures were grim, investors were particularly rattled by Trump’s intervention over the timing of the election.

‘It’s moved the market, for sure,’ said Priya Misra, head of global rates strategy at TD Securities in New York. ‘Not only do we have uncertainty about who wins, I think we have uncertainty about the process.’ The US Commerce Department – which published the figures for GDP, measuring all the goods and services produced during the period – said the bulk of the historic plunge occurred in April when activity ground to a halt after restaurants, bars and factories among others were shuttered in mid-March to slow the spread of coronavirus.

‘This is hard to swallow,’ said Jason Reed, finance professor at the University of Notre Dame’s Mendoza College of Business. ‘Right now, the American economy is speeding toward a fiscal cliff.’

Economists, however, said that without the fiscal package of nearly $3trillion agreed so far, the economic contraction would have been deeper.

BUT TECH TITANS RAKE IN £70M PER HOUR

In an extraordinary night, Apple, Amazon, Facebook and Googleowner Alphabet all reported results for the three months to June 30 within the same hour.

The companies are worth nearly £4trillion combined, almost twice the size of the entire UK economy. They have all emerged as winners of the pandemic to different degrees, after families stuck indoors turned to tech.

And last night shares in all four of the companies surged higher in after-hours trading as their results blew past analysts’ expectations.

Facebook was first to report and revealed its revenues had increased 11 per cent to £13.6billion and profits doubled to £3.7billion.

It was the slowest sales rise since 2012 but still surpassed forecasts which assumed advertising would be more hurt by the coronavirus.

It was followed by Amazon, which said revenues leapt 40 per cent to £38.4billion off the back of an online shopping boom during the pandemic. Profits doubled to £4billion.

Next, Alphabet’s numbers showed revenues dipped 2 per cent to £29.3billion but still beat forecasts. Its net income dropped 30 per cent to £5.3billion, still better than predicted.

Finally Apple stunned the markets with gains across every product type and region, as customers working and learning from home snapped up its iPhones, laptops, tablets, music services and apps.

The astonishing figures came less than 24 hours after all four firms testified before the US Congress, with lawmakers accusing them of using their power to crush rivals and monopolise customer data. 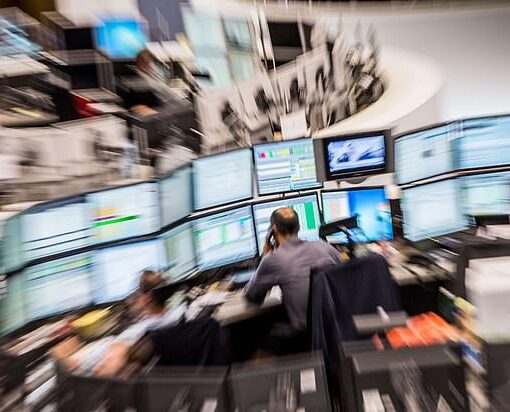 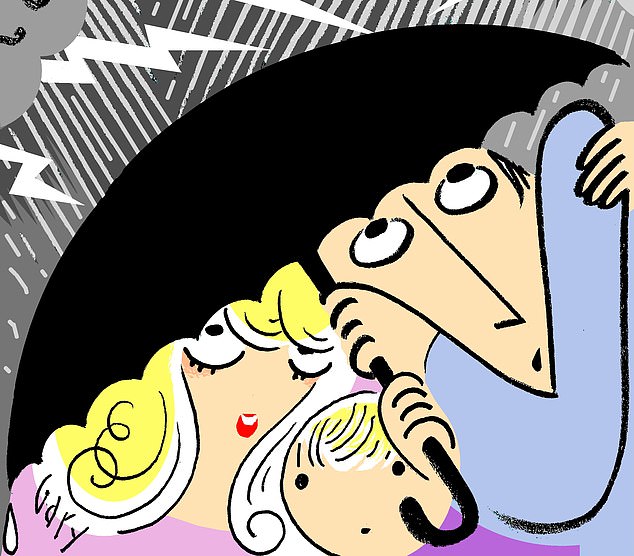 The coronavirus has had a shattering effect on the country, and we are now in the deepest recession the UK has ever […] 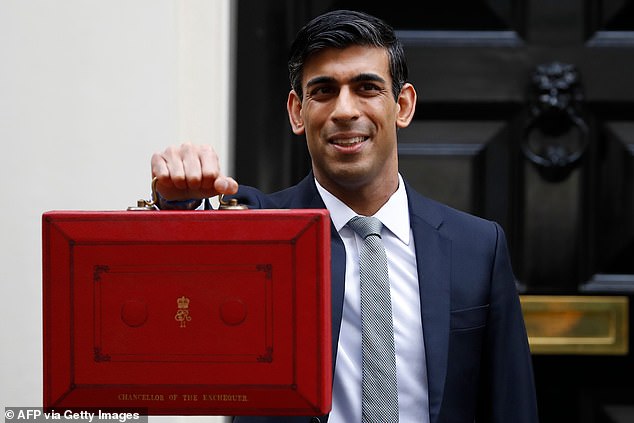 When is a Budget not a Budget? When it’s a Winter Economic Plan.  Rishi Sunak’s final throw of the dice late last […] 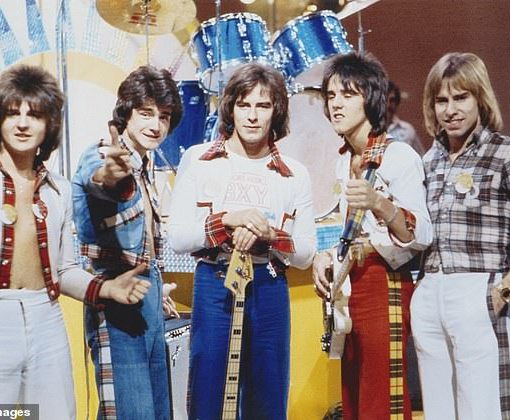 In at number 5 and dropping two places, it’s Coventry Building Society with its instant access Isa. At number 4, it’s a […]