The rapper/designer/provocateur may have earned as many critics over the course of his career as he has fans. But West’s mental health, which he has been open about, should be observed with sensitivity.

“Anyone who has this or has a loved one in their life who does, knows how incredibly complicated and painful it is to understand,” she wrote in a note posted on her Instagram stories. “I’ve never spoken publicly about how this has affected us at home because I am very protective of our children and Kanye’s right to privacy when it comes to his health. But today, I feel like I should comment on it because of the stigma and misconceptions about mental health.”

In terms of the spectacle of it all, we have been here before with Ye. But he’s not the only celebrity who has confronted such challenges in the fishbowl that is the entertainment industry:

Lewis acknowledged knowing full well what living with bipolar disorder can feel like in the public glare.

She was first diagnosed with it in the 1990s and wrote about her struggles with mental illness in her memoir, “The Mother of Black Hollywood.”

Lewis wept with concern for West at the time.

“Part of the disorder is not wanting to tame the mania,” she told me. “The high is so high and it feels great, but it’s dangerous. It’s so dangerous.”

She and I discussed the need to remove stigma surrounding mental illness — especially in the Black community.

“I cannot say enough how dangerous this disease is,” Lewis said. “And it is a disease. People need to start treating it like a disease like they do cancer, not as something to point at and laugh.”

Britney Spears: West has indeed been treated as a joke by many. Much like another celebrity whose mental health has been back in the headlines.

“No jokes right now. I have dedicated my career to offering education and insight about bipolar disorder and I’m so disturbed by what I’m seeing,” Halsey wrote. “Personal opinions about someone aside, a manic episode isnt a joke. If you can’t offer understanding or sympathy, offer your silence.”

“If you deal with mental illness or care for someone dealing with mental illness, then you know how important it is to respect the situation with privacy for the person, and the family trying to protect their loved ones, no matter how it may appear to the public, and as the public we must learn to do the same,” Spears reportedly wrote on Instagram in a since-deleted post.

She went on to defend her older sister after a commenter implored her to “clarify assumptions” about Britney Spears’ mental state.

“I would never speak our just to clarify things to the public, when the person it pertains to does not want that to happen,” Spears wrote. “I’d rather take all the hate, [than] speak about someone else’s personal matter, that they want to be kept private.”

Britney Spears has been subjected to tabloid fodder about her health since 2007, when she was hospitalized for mental health treatment and her father was granted conservatorship over her affairs.

The #FreeBritney hashtag gained traction from those who want that conservatorship to end.

Spears posted on Instagram last year to let her followers know, “All is well.”
Still, the #FreeBritney campaign has continued — and this month intensified due to a pending legal matter regarding the conservatorship — as her health gets picked apart by the public.

Tamar Braxton: As was the case when Braxton, who stars on the reality series “Braxton Family Values,” was reportedly hospitalized last week.

“This is an extremely difficult time for Tamar and her family as she navigates professional and personal struggles including her battle with depression,” Braxton’s boyfriend, David Adefeso, said in a statement to People.

“Tamar is currently receiving the best available medical attention to address those struggles and strengthen her mental health, and her family and I will remain by her side throughout her treatment,” he went on to say in the statement. “Mental health is a common issue, affecting 1 in 5 Americans.”

During this time of the pandemic, those numbers could increase with so many of us stressed, anxious and worried for the future.

Those in the public eye who are challenged with mental health issues should evoke our empathy and serve as a reminder to reach out for help if needed.

CNN has contacted reps for all three celebs for comment but has not yet received responses.

Read here for some of the best ways to take care of your mental health during the Covid crisis.

Speaking of mental health, “The Weight of Gold” looks at just that as it relates to Olympic athletes.
The HBO Sports documentary features interviews with a few of the elite, including Michael Phelps, Sasha Cohen, Gracie Gold and Bode Miller talking about the anxiety and depression that can come along with being a successful and decorated athlete.

“The Weight of Gold” debuted on HBO Max Wednesday. (HBO is owned by CNN’s parent company)

Her new Apple TV+ show, “The Oprah Conversation,” debuts today, and according to a press release about the show it will feature her as she leads “timely and intimate discussions with today’s foremost newsmakers, thought leaders, and masters of their craft.”

The first episode looks to be intense, with Winfrey talking (remotely) with Ibram X. Kendi, Andrew W. Mellon professor in the humanities at Boston University, who will speak with White readers as they seek to confront their own racist beliefs and become anti-racist.

Beyoncé Giselle Knowles-Carter is blessing us with a new visual album.

“Black Is King” is set to drop on Disney+ Friday and is based on the music from “The Lion King: The Gift,” the soundtrack she curated for the 2019 remake of Disney’s “The Lion King,” which she also starred in.

Honestly, is there anything this woman can’t do?!?

Isn’t it ironic that as some of us long for the ’90s, Alanis Morissette has a new album coming out?

Twenty-five years after the release of “Jagged Little Pill,” Morissette is dropping her ninth studio album, “Such Pretty Forks in the Road,” on Friday.

It sounds like we can get ready for some vintage introspective Morissette.

“I love anger,” she told Rolling Stone earlier this month. “It moves worlds. It helps me set boundaries and change things.”

Emmy nominations were announced Tuesday. The show will be held virtually in September due to the pandemic, so unfortunately we won’t get a chance for a redo of “When Brad ran into Jen,” like last awards season when former spouses Brad Pitt and Jennifer Aniston were both nominated at multiple events.

The couple has been divorced for 15 years, but that hasn’t stopped folks from being fascinated with them.

You know you’re officially old when a kid of a Spice Girl is getting married!

Now the couple are sharing some of the intimate photos from their engagement on social media.

“Can’t imagine a life without you baby you make me feel so special and make me laugh all the time x I will always take care of you and will always have your back,” Beckham wrote in the caption of the photos.

For the record his father and mother were 24 and 25, respectively, when they married. (What are the chances, do you think, that Mrs. Beckham will design her soon-to-be daughter-in-law’s wedding dress?)

Pop back here next Thursday for all the latest happenings that matter in Hollywood. 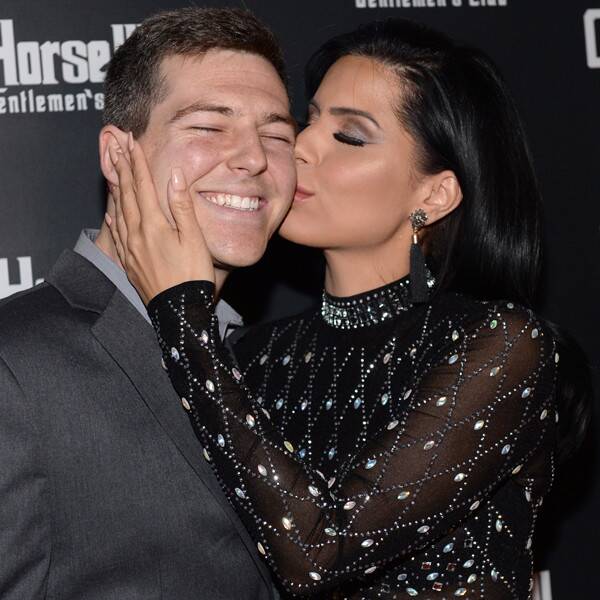 Bryan Steffy/WireImage Larissa Dos Santos Lima is back on the market.  The 90 Day Fiancé star announced her breakup from Eric Nichols via Instagram on Wednesday. […] 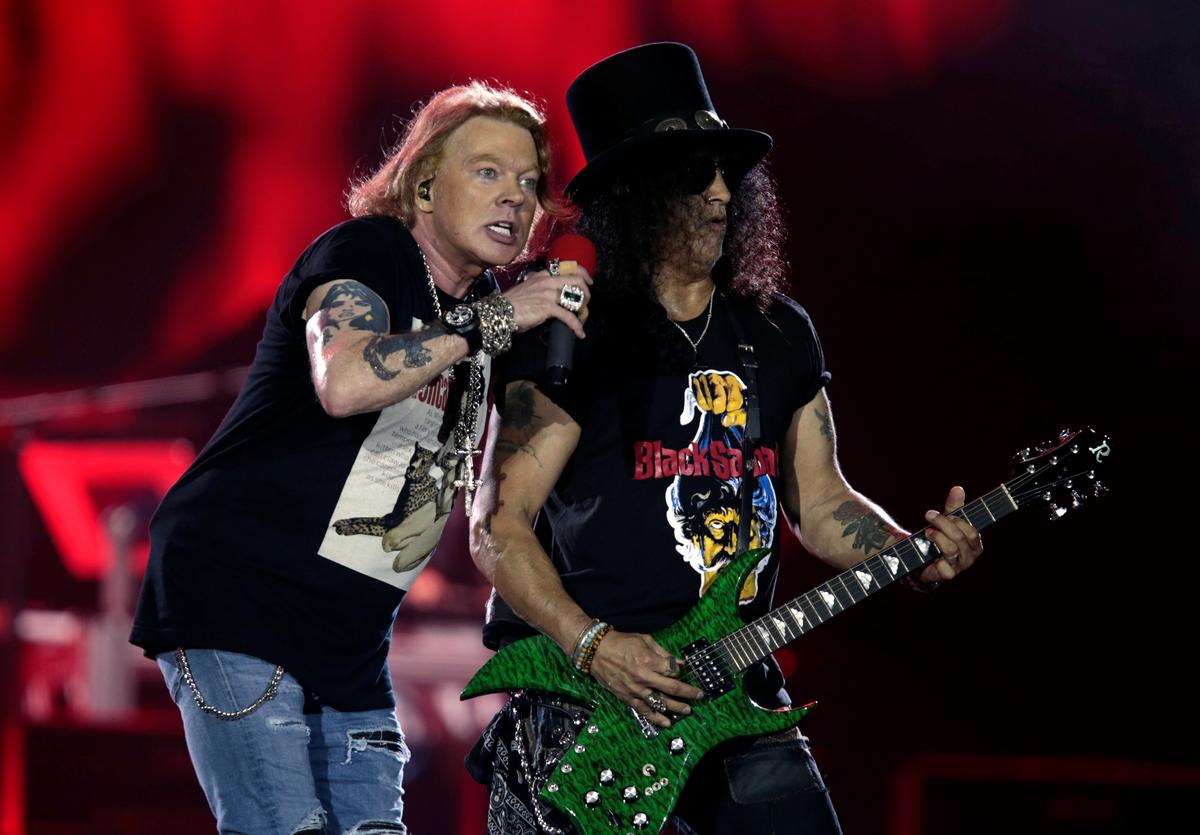 Axl Rose and Slash, lead singer and lead guitarist of U.S. rock band Guns N’ Roses, perform during their “Not in This […] 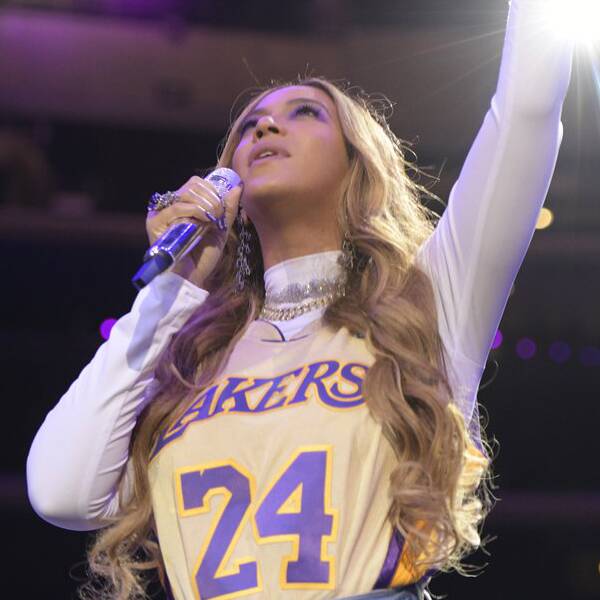 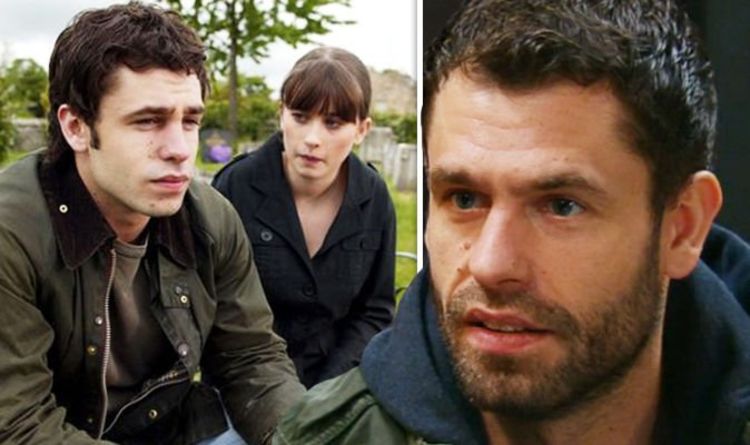 Andy actor Kelvin Fletcher has convinced fans he will be returning to Emmerdale, and it’s all because of his recent appearance on […]