The best place to see the night sky is the highest dome on the Antarctic Plateau — the coldest-known place on Earth, where the stars appear to ‘twinkle’ the least.

Dome A, or ‘Argus’ — located in the centre of East Antarctica at an elevation of 13,428 feet above sea level — experiences temperatures as low as -144°F.

Researchers from Australia and China designed, built and set up a small telescope system on the ice dome — where atmospheric turbulence is low.

This turbulence — which causes light to bend as is makes the final leg of its journey to the ground — is what makes stars appear to twinkle when seen from Earth. 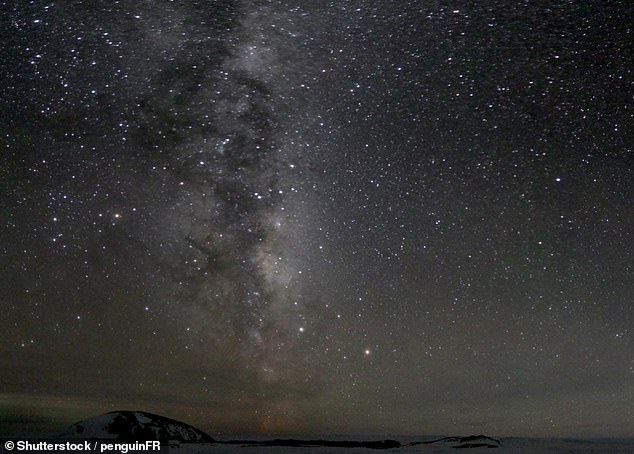 The best place to stargaze is the highest dome on the Antarctic Plateau — the coldest-known place on Earth, where stars ‘twinkle’ the least. Pictured, the Antarctic night sky (stock image) 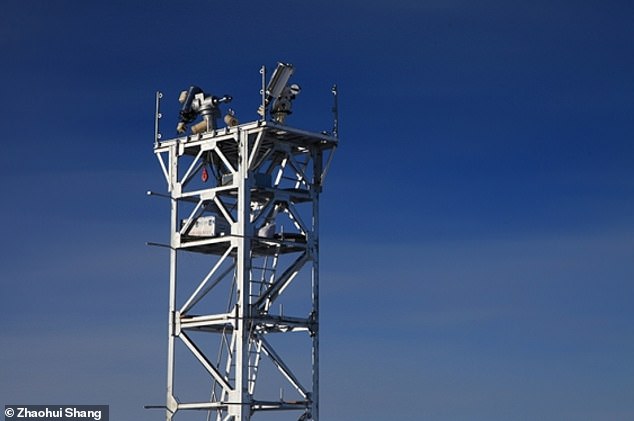 Researchers from Australia and China designed, built and set up a small telescope system, pictured, on the ice dome — where atmospheric turbulence is low

‘After a decade of indirect evidence and theoretical reasoning, we finally have direct observational proof of the extraordinarily good conditions at Dome A,’ said paper author and astronomer Michael Ashley of the University of New South Wales.

‘Dome A is the highest point in the central plateau region of Antarctica, and the atmosphere is extremely stable here, much more so than anywhere else on Earth.’

‘The result is that the twinkling of the stars is greatly reduced, and the star images are much sharper and brighter.’

The researchers placed their telescope system — the KunLun Differential Image Motion Monitor, which has a 25 centimetre (5.9 inch) aperture — on a 26 feet-high platform above the dome’s surface.

This raises the telescopes above the steep temperature gradients found near the surface of the ice, as well as atmospheric eddies — both of which can interfere with star gazing efforts.

‘This causes the atmospheric turbulence which bends the starlight around so by the time it hits the ground, it’s all over the place and you get these blurry images,’ he explained. 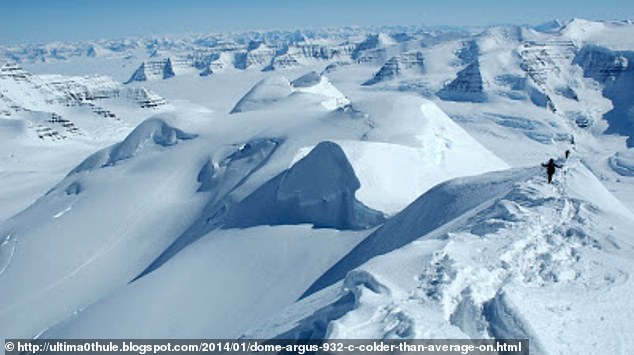 Dome A, or ‘Argus’ — located in the centre of East Antarctica at an elevation of 13,428 feet above sea — experiences temperatures as low as -144°F. Pictured, the summit of Dome A

Dome A, however, features a plateau that is flat for many hundreds of kilometres in every direction, meaning that it’s atmosphere is comparatively stable.

‘There is this very slow wind that blows across the plateau which is so smooth that it doesn’t generate much turbulence,’ Professor Ashley explained.

‘What little turbulence there is we see restricted to a very low ‘boundary layer’ — the area between the ice and the rest of the atmosphere.’

‘We measured the boundary layer thickness at Dome A using a radar technique about a decade ago and it’s about 14 meters, on average, but it fluctuates — it goes down to almost nothing, and it goes up to maybe 30 metres.’ 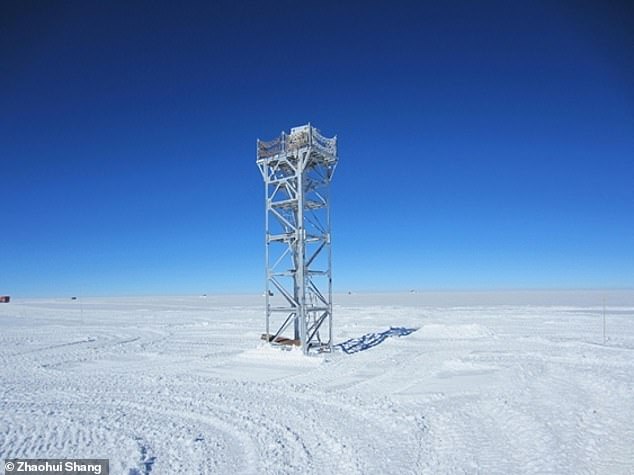 The researchers placed their telescope system, pictured — which has a 25 centimetre (5.9 inch) aperture — on a 26 feet-high platform above the surface of Dome A

By placing the KunLun Differential Image Motion Monitor atop a 26 feet-high tower, the team found that it sat above the boundary layer around a third of the time.

In fact, the system — which takes one photograph of the sky every minute — took 45,930 images from above the boundary layer between April 11–August 4 2019.

According to Professor Ashley, however, proving that Dome A provided the best spot on Earth for stargazing was no simple feat.

‘It was very difficult because the observations have to be made in mid-winter with no humans present, he added.

Accordingly, the infrastructure used — the power supply, computers and satellite communications — all had to be ‘managed by remote control’, he said.

During winter, the Antarctic latitudes offer far longer nights — providing continuous windows for stargazing that allow for more throughout observations.

One might ask — if the atmosphere is such an obstacle to clear astronomical measurements — why scientists bother with ground-based telescopes when we have the capacity to put observatories into orbit, like the Hubble Space Telescope.

‘Another advantage of making Earth-based observations is you can always add the latest technology to your telescope on the ground — whereas in space, everything is delayed.

Furthermore, he added, ‘you can’t easily use a lot of modern integrated circuits because they’re not radiation hardened. So you end up with space lagging the technology on the ground by 10 years or more.’ 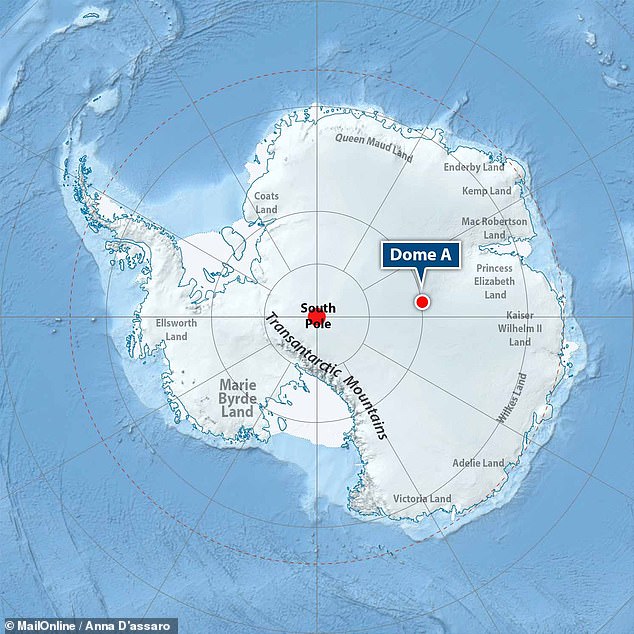 Dome A, or ‘Argus’ — located in the centre of East Antarctica at an elevation of 13,428 feet above sea level — experiences temperatures as low as -144°F

With their initial study complete, the researchers are now considering how else the astronomical potential of Dome A might be best put to use.

‘Dome A is a superb site for astronomical observations, and we should make every effort to participate in an international project to put a large telescope there to take advantage of the conditions,’ Professor Ashley said.

‘With Antarctica being so close to Australia, it is a tremendous opportunity.’

The full findings of the study were published in the journal Nature. 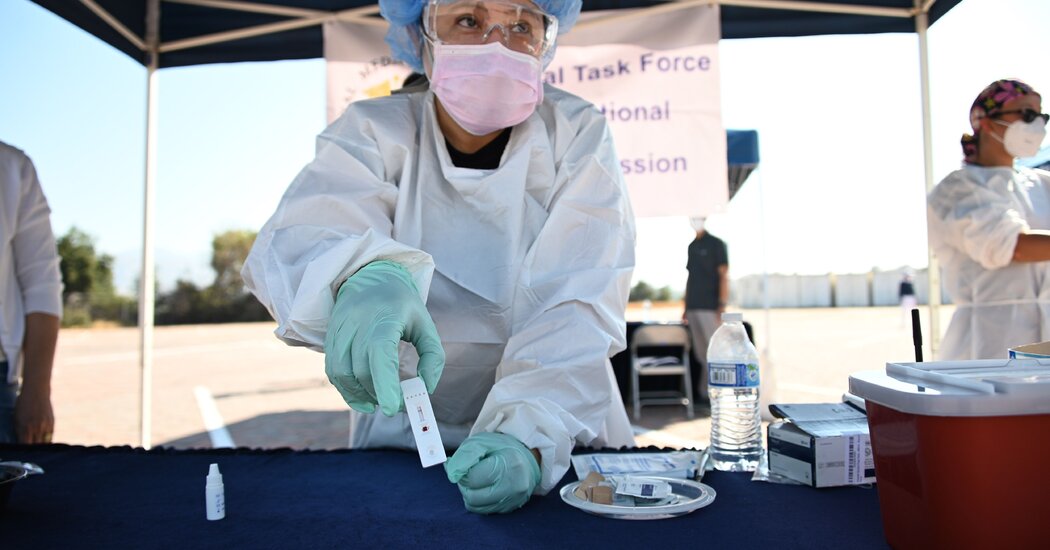 Getting an antibody test to see if you had Covid-19 months ago is pointless, according to guidelines issued this week by a […] Microbes were observed living in icy conditions at the pols for the first time by the University of York. Study lead author […] 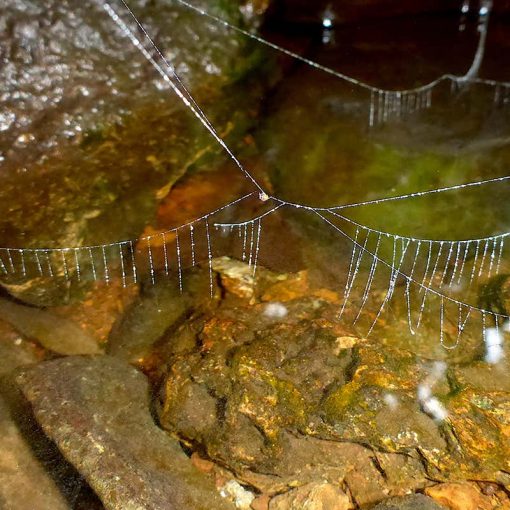