Secretary of Defense Mark Esper acknowledged the plan will cost billions to execute when he formally announced the decision on Wednesday from the Pentagon. US defense officials said it will take years to relocate the troops.

The plan to pull US troops from the long-time NATO ally has been met with broad bipartisan opposition amid concerns that it will weaken the US military’s position vis a vis Russia, however the Trump Administration has decided to proceed with the move.

Trump defended the decision Wednesday, saying the troop drawdown was taking place because Berlin was not spending the NATO target of 2% of its GDP on defense and because Germany was taking “advantage” of the US.

Defense officials, however, said Wednesday that the decision on where to house the US troops leaving Germany was not influenced by whether the new host country was meeting the 2% target.

In fact, Belgium and Italy, the two countries that will be receiving US troops from Germany, spend an even a smaller percentage on defense than Berlin does.

Approximately 11,900 US troops, a mix of Army and Air Force units, will be removed from Germany to meet Trump’s mandated cap of 25,000 US forces in Germany, according to a senior US defense official, a number higher than the figure of 9,500 that was used when the reduction was first announced.

“The current EUCOM plan will reposition approximately 11,900 military personnel from Germany, from roughly 36,000 down to 24,000, in a manner that will strengthen NATO, enhance the deterrence of Russia, and meet the other principles I set forth,” Esper told reporters, referring to US European Command which oversees US military forces on the continent.

Officials said the discrepancy was due to the fact that following a review it was found that there were slightly more US troops permanently assigned to Germany, about 36,000, than originally planned for.

Of the troops leaving Germany some 5,400 will be “staying in Europe,” the official said. The remaining 6,400 forces and their families will be returned to the US and will in time redeploy to Europe.

Defense officials said this will cost billions of dollars as new military construction will likely be required both in Europe and the US to house the additional troops.

Republican Sen. Mitt Romney slammed the decision Wednesday, calling the plan “a grave error” and “a gift to Russia.”

“The Administration’s plan to remove thousands of U.S. troops from Germany is a grave error. It is a slap in the face at a friend and ally when we should instead be drawing closer in our mutual commitment to deter Russian and Chinese aggression,” he tweeted shortly after Esper’s announcement.

“It is a gift to Russia coming at a time when we just have learned of its support for the Taliban and reports of bounties on killing American troops. The move may temporarily play well in domestic politics, but its consequences will be lasting and harmful to American interests,” Romney added.

Key US command centers will also be repositioned as part of the move, Esper and top military leaders confirmed Wednesday.

“We also intend to reposition three brigade-size headquarters, an air defense artillery battalion, and an engineering battalion to Belgium from Germany, and two smaller support and contracting organizations to Italy,” Wolters told reporters at the Pentagon.

The defense official confirmed that the repositioning will take “months to plan and years to execute,” a timeline first revealed earlier this month by the Chairman of the Senate Armed Services Committee Sen. Jim Inhofe who had been briefed on the plan.

The timeline suggests that the plan could be reversed should Trump lose the election in November.

Defense officials say that the German Defense Minister, Annegret Kramp-Karrenbauer, and Secretary General of NATO, Jens Stoltenberg, had been briefed on the planned drawdown as well as key members of Congress.

Defense officials said that Secretary of Defense Mark Esper had directed that the repositioning seek to enhance deterrence against Russia, strengthen NATO, and support families of US service members.

However Trump, who directed the move, said he did so because of Berlin’s failure to meet the NATO target of spending 2% of GDP on defense, spending only about 1.38%.

“One of the only countries that hasn’t agreed to pay what they’re supposed to pay (on NATO) is Germany. So, I said until they pay, we’re removing our soldiers, a number of our soldiers, by about half. Then when we get down to about 25,000, we’ll see where we’re going,” Trump said last month.

While Germany’s national leadership has been largely silent on the troop cuts, local leaders representing the states where US troops are housed recently wrote to members of the US Congress asking them to help reverse the decision.

”We plead for this profound partnership to continue and for US forces to remain at their locations in Europe and Germany,” the leaders of the German states of Baden-Wuerttemberg, Rhineland-Palatinate, Hesse and Bavaria wrote.

“We therefore ask you to support us as we strive not to sever the bond of friendship but to strengthen it, and to secure the U.S. presence in Germany and Europe in the future,” the letter added. 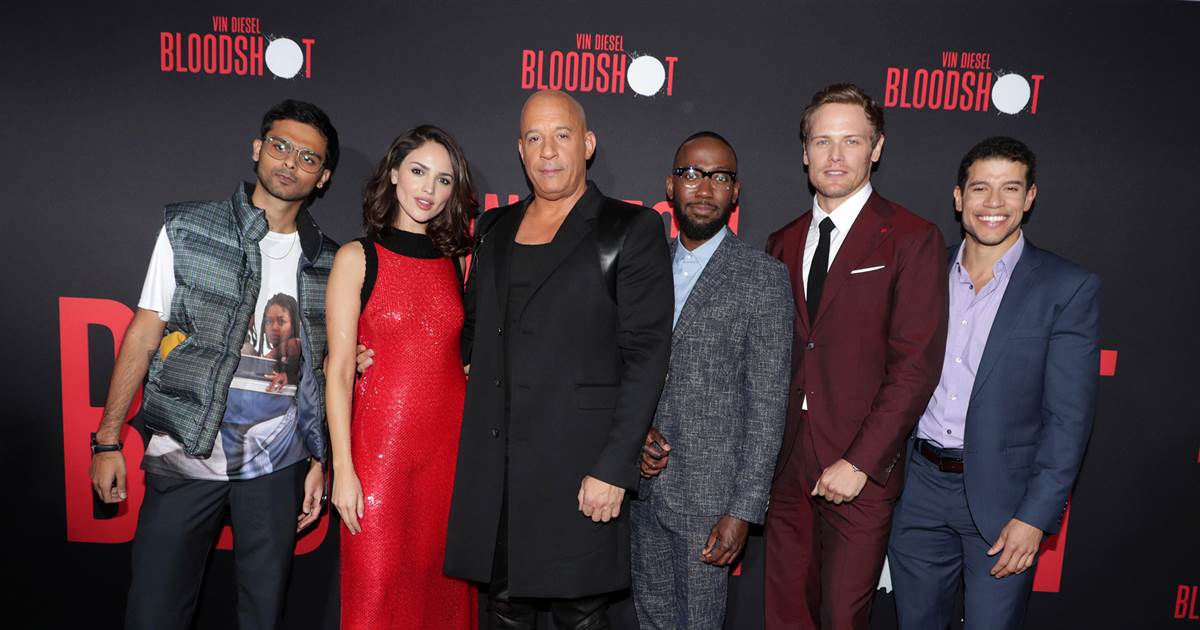 It’s all up to Mexican actress Eiza González — at least on the big screen. The fate of a revenge-driven Marine (Vin […] 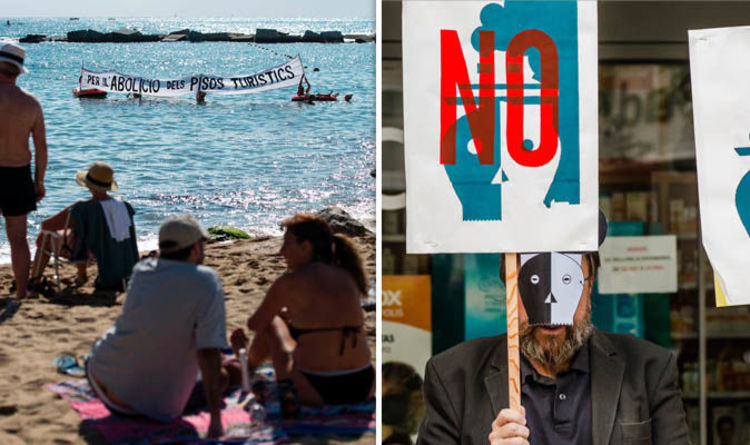 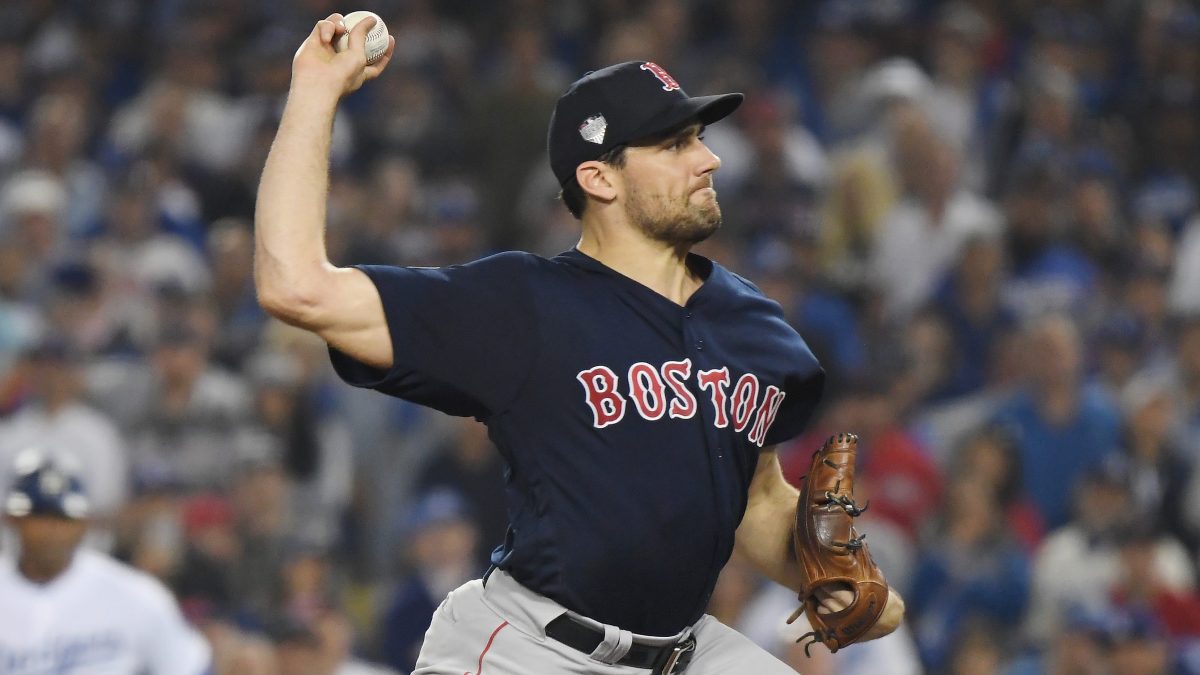 The Nationals plucked starter Patrick Corbin off the free agent market on Tuesday, agreeing to a six-year, $140 million contract. Now that […]