Valtteri Bottas must get on top of tyre management if he’s to knock F1 king Lewis Hamilton off his throne. That’s the opinion of former F1 driver Karun Chandhok, who says there’s really not much between the Mercedes team-mates.

The Finn, though, has the same machinery at his disposal in the form of the frighteningly-fast Mercedes W11 and showed he can harness its potential by winning the Austrian Grand Prix.

Next up is a double-header at Silverstone, where Hamilton returns as favourite thanks to his six career wins at the Northamptonshire circuit.

Chandhok, however, reckons last year’s British Grand Prix pole-sitter can get the better of Hamilton and stop the title race becoming a foregone conclusion.

“Really, it’s up to Valtteri,” Chandhok told Express Sport. “It’s a funny one isn’t it, because people almost assume that once Lewis gets the momentum he’s just going to keep going.

“But Valtteri, in qualifying in Hungary, was really impressive. He was only a tenth away from Lewis. How many drivers on this planet can get within a tenth of Lewis Hamilton, around a difficult drivers’ circuit like Hungary?

“I think Valtteri’s doing a much better job than he’s given credit for. He just needs to do it on Sundays and that’s what happens.

“We saw it last year as well. The Spanish Grand Prix, he took pole and it went away from him. The Sunday performances Lewis delivers at races like Mexico last year, with the tyre management, that’s where Lewis is so strong. His tyre management is so good.

“At Silverstone last year, that’s what happened. Valtteri got pole and led the first stint. But Lewis put so much pressure on him, Valtteri’s tyres didn’t last as long, Lewis went longer, did the one stop and won the race.

“If Valtteri can get on top of the tyre management, then I don’t think it’s a foregone conclusion. On a Saturday, I think he’s right there. I really don’t think there’s much to choose between them on a Saturday.

“It’s the Sundays where Lewis – like Max [Verstappen], like Fernando [Alonso] – they’ve got this ability in this Pirelli era of judging the pace and the tyre management in a way that they’re able to just relentlessly bang out those laps.

“There are very few drivers who are able to do it. There’s Lewis and Max, at the moment I think, who are just a cut above everybody when it comes to that Sunday balancing act, which is what it is now.

“I think in a previous era you had that balancing act of fuel vs pace and now we’re into a tyre vs pace. I think Lewis and Max are exceptional at that.

“Being in a Mercedes is almost a dream job for any racing driver on the planet, but being team-mates with Lewis Hamilton is actually a real pain in the a*** for anybody on the planet.”

Mercedes have emphasised their superiority over the rest of the field so far this year, taking three poles and winning all three Grands Prix.

Chandhok thinks Racing Point are the team most likely to put some pressure on the reigning champions at Silverstone this Sunday.

“I think the pace of the Mercedes around Silverstone last year was devastating already,” Chandhok said. “Unless Red Bull have managed to unlock some performance in that car, I almost expect Racing Point to be the second best team at Silverstone.

“The Mercedes were so strong last year and, based on what we saw in Hungary, where Racing Point looked like they had the second-quickest car in the dry.”

There’s been plenty of talk around the Mercedes W11, which appears to be a step up from last year’s title-winning W10.

Chandhok says analysis of performance through the medium-slow-speed corners shows the real improvement in the new car.

“We have a small data set so far of only two dry qualifyings,” Chandhok said. “I think you really need at least four or five to really make conclusive judgements but it does so far seem to be the medium-slow-speed [corners] where this year’s car has picked up.

“If you look at the lap-time gain, I think in Hungary it was about three tenths [from] last year to this year for Mercedes. Red Bull stayed the same and, obviously, Ferrari’s gone backwards.

“But it seems to be medium-slow-speed [corners] that this year’s car seems to be better. They’ve not gained a huge amount in the high speed.

“In fact, when you look at [Sergio] Perez and [Lance] Stroll in high-speed corners, on the GPS you could see in Hungary Stroll was not far away from the Mercs. In fact on some of them of the corners he was quicker than the Mercs, at Turn Four for example. It seems to be medium-slow-speed [corners].” “In general, qualifying altogether felt really solid. The team have done an incredible job. Valtteri and I, we owe it really to […] 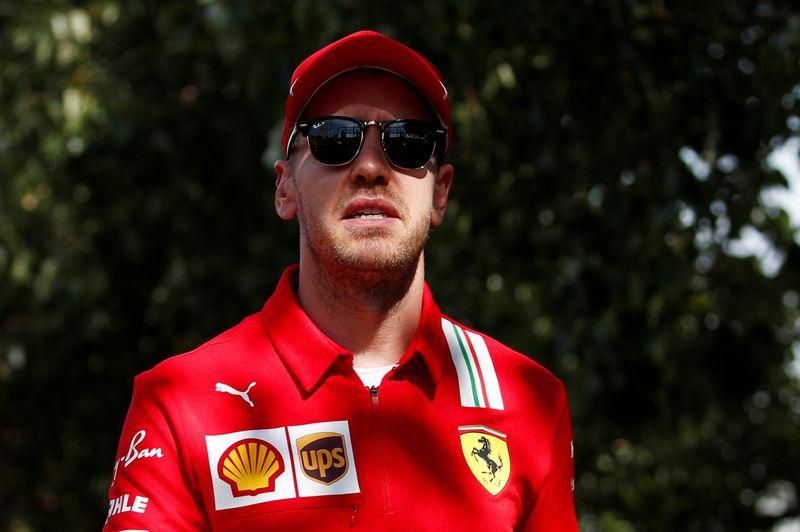 Tammy Abraham is back to square one with his troublesome ankle, with rest prescribed for the Chelsea striker over the weekend while […]

The Tottenham manager, Mauricio Pochettino, praised Harry Kane’s bravery, suggesting the striker would ‘put his leg in a washing machine’ to help […]