Wednesday is a big day for the tech industry. For the first time, all four chief executives of the so-called GAFA companies — the Silicon Valley behemoths Google, Apple, Facebook and Amazon — are testifying together before Congress. While these companies differ in various ways, there’s one argument all four tech leaders are sure to make: that breaking up, regulating or even scrutinizing America’s tech companies more rigorously would weaken U.S. companies.

Regulating these companies could even open the door for China to dominate the global digital economy, the CEOs argue. Indeed, reports indicate that this is Facebook CEO Mark Zuckerberg’s primary argument, embellished by an appeal to patriotism. Given the Trump White House’s adversarial relationship with Beijing, it’s an argument that may have some appeal in Washington.

But it’s also an argument Congress should reject.

First, some background. This hearing is important in the context of the “techlash” — the push to address dangerous effects of the tech industry that has been building since the 2016 election. The GAFA companies above have all monopolized various patches of the internet over the past two decades. Social media, internet search, web-based text messaging, e-commerce, email, online video, open and closed mobile ecosystems, consumer device markets: In each area, some combination of these four companies possesses a virtual monopoly over the American market.

The problem this presents for public policy isn’t simply that they’ve grown their market power. They have also wielded it in ways that involve and at times undermine key social interests and core democratic processes. The exploitation of technology markets, the use of anti-competitive tactics, the spread of disinformation and extremism, the perpetuation of algorithmically charged racism and broader bias — all of these damaging effects of Big Tech’s powerful platforms have emerged vividly.

Americans’ growing recognition of these dangerous externalities has energized the techlash and, more recently, the scrutiny of Big Tech’s assault on market competition. Antitrust enforcement — the focus of Wednesday’s hearing — relies on regulatory authority to monitor and act against the accumulation of harmful market power.

The busting of abuses by monopolies has, at times, held a vaunted position in the United States. Natural resource extraction, railroads and roadways, telecommunications networks, pipelines, electricity utility networks and various other industries have, at pivotal moments, come under fierce regulatory scrutiny. As a result, in key instances market competition has been restored, and the economic exploitation of consumers has been limited.

But now, Big Tech’s top companies have achieved market power of historic proportions within the global communications infrastructure. What’s more, they’ve systematically exploited Americans’ data and attention at the expense of individual consumers, public safety and the health of our democracy.

That’s the line of attack that Sundar Pichai, Tim Cook, Mark Zuckerberg and Jeff Bezos are prepared for. As members of Congress question Big Tech’s implications for market competition in digital media, they must ask whether these companies unfairly prevent smaller players from being competitive. Do they acknowledge their monopoly status within certain markets? Are they building and planning in ways designed to increase their economic power and market influence even further over time?

These are all very important questions. But the four CEOs will have their responses ready. Nowhere is their strategy more apparent than when it comes to the intersection of antitrust enforcement and domestic market share. This is their trump card: the argument that regulation is unnecessary and, indeed, harmful to the future of American innovation.

The CEOs don’t have compelling answers to more basic questions about competition, because their market position and their abuse of it are hard to deny. But they have a ready rebuttal for antitrust enforcement: China. Companies like TikTok and Huawei already have tremendous reach in the global telecommunications and technology sector, a reach second only to America’s. So, the four CEOs say, if Congress aggressively scrutinizes, regulates or — worse still — breaks up American Big Tech, it will disadvantage U.S. companies and advantage Chinese companies, which don’t and won’t face such stringent domestic regulation. Over time, the Chinese companies will dominate the global internet industry.

Congress must reject this argument. First, India’s recent rejection of TikTok highlights why the spread of Chinese products isn’t, in fact, inevitable. India was TikTok’s fourth-biggest market, and Indians were using TikTok widely — but the Indian government decided that the privacy and security risk was simply too great and shut the app down in the country. Maybe TikTok wasn’t as integrated into daily life in India as, say, Facebook has become in various foreign markets where Zuckerberg fears losing out to Chinese competition. But India’s TikTok experience shows it’s simply untrue that China’s unregulated tech platforms are destined to spread anywhere and everywhere if U.S. companies don’t beat them out.

Second, competing against Chinese companies might be a priority for individual American tech companies, but Congress exists to safeguard collective American goals. And those goals must start with defending the integrity of America’s democracy from infections like disinformation and violent extremism that fester and spread online. How tech companies can continue to innovate and realize astounding profits without producing such dangerous externalities — well, that’s a challenge best tackled by the companies themselves, and one they seem well poised to take on given the gargantuan market share and profits they’ve already swallowed up. But that’s their job; it’s the job of Congress to protect the country, including from monopolistic abuse.

Third, the push for regulating — or at least more stringently scrutinizing — tech companies isn’t actually about transferring power from U.S. companies to Chinese companies. It’s about transferring power from American companies to American users. That’s the problem right now: American Google searchers, iPhone carriers, Facebook posters and Amazon shoppers are facing daily privacy intrusions, algorithmic manipulation and disinformation propagation that they’re not prepared to address through individual choices, given the astounding market shares these companies enjoy. Getting tougher on the tech companies isn’t as simple as giving away points in a zero-sum game between the U.S. and China. It’s instead a rebalancing of power between these companies and the Americans who’ve come to rely on them.

Ultimately, Americans need a new digital contract — a new bargain between companies whose profits have become extraordinary and users whose privacy has become nearly extinguished. That can’t all happen in one hearing. Neither can a full reckoning with the antitrust implications of a few companies’ unprecedented role in shaping America’s economy, society and politics. But what can happen this week is a firm rejection of Big Tech’s argument that any additional government scrutiny would empower Chinese companies and therefore should be rejected out of hand. That argument might be in the interests of individual American companies. But it’s not in the interests of the American people. 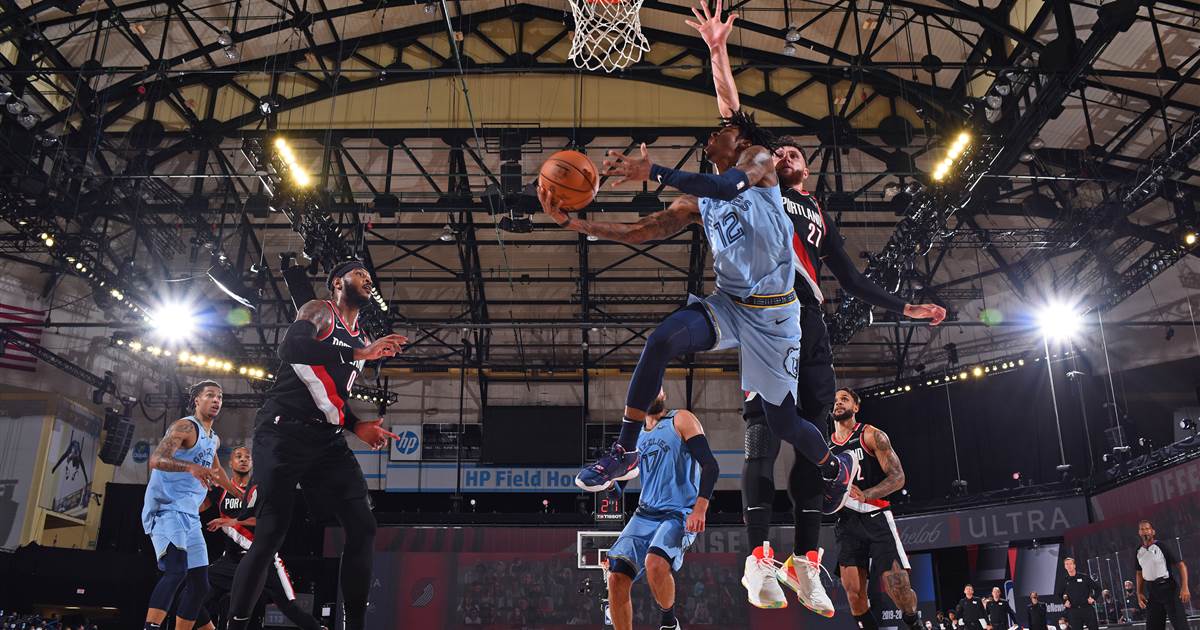 Federal officials have given emergency approval to a coronavirus saliva test that Yale University researchers used on NBA players and staff. In […] 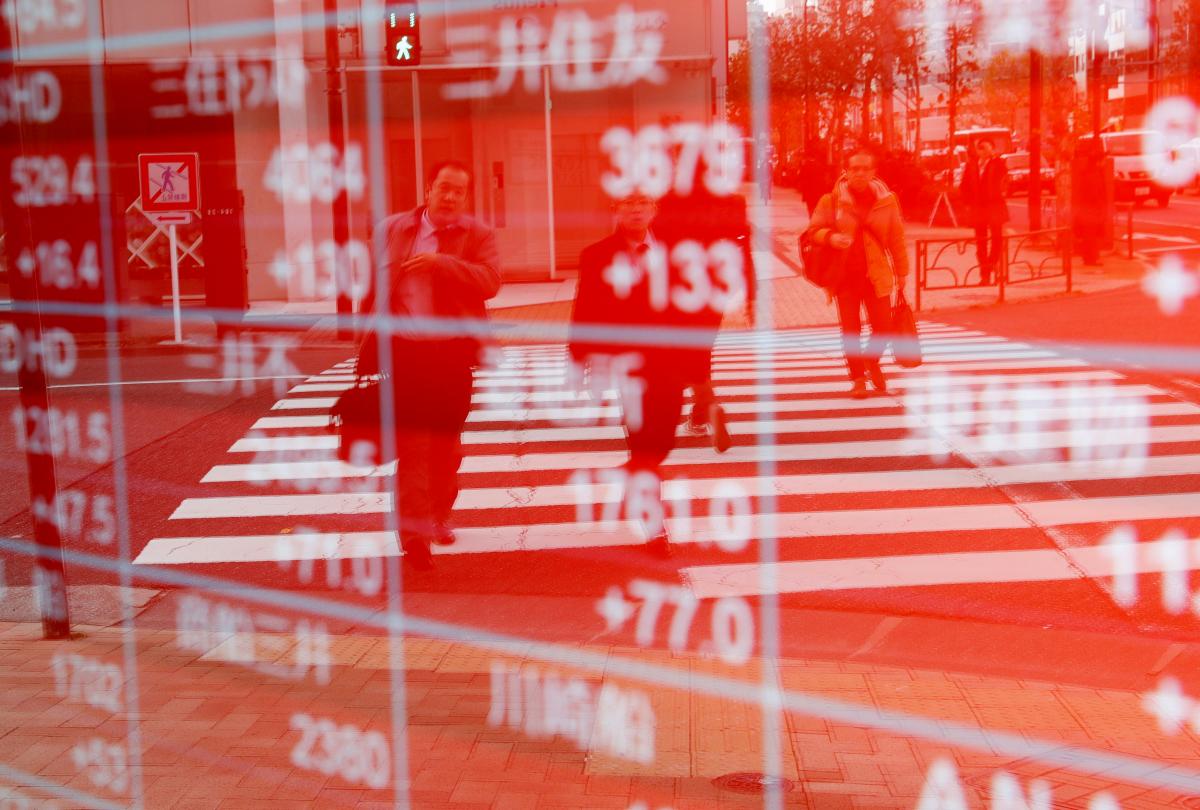