Stars such as Kerry Washington, Christina Applegate and Rachel Brosnahan have expressed excitement after being nominated for the upcoming 72nd Emmy Awards

LOS ANGELES —
Stars such as Kerry Washington, Christina Applegate and Rachel Brosnahan have expressed excitement after being nominated for the upcoming 72nd Emmy Awards. Because of the coronavirus pandemic, the nominations were announced Tuesday in a virtual show hosted by Leslie Jones.

Washington earned nominations across four categories as a producer and actor. Catherine O’Hara, 66, who was nominated for her role in “Schitt’s Creek” spoke about having such a great part at her age. The parents of the late Lynn Shelton along with her friend and frequent collaborator Mark Duplass paid homage to the director who received a posthumous nomination. Shelton died in May from an unidentified blood disorder.

“The tears came this morning when I heard about Lynn Shelton’s nomination for ‘Little Fires Everywhere.’ I’m so incredibly grateful that the Television Academy has chosen to honor Lynn with this very deserved nomination. I know she’s celebrating in the beyond.” — Kerry Washington, who earned Emmy nominations across four categories as a producer for the Netflix movie “American Son,” live ABC specials of “All in the Family” and “Good Times” and as producer and star of Hulu limited series “Little Fires Everywhere.” Washington, who said “the fragility of our lives invites us to be more grateful,” was “whooping and hollering” alongside her children while using Clorox spray to sanitize groceries that had been delivered earlier. She lamented being unable to gather with her co-producers, including Reese Witherspoon and Norman Lear.

“That Lynn is honored by the Television Academy is not only a tribute to her accomplishments as a director but her style of directing. Always in control but kind-hearted. Making the final decisions but always soliciting input from her colleagues. Colleagues, yes, that is how she regarded everyone on the set, from grips and gaffers and set and costume designers to the director of photography and the actors. This is an honor for the ultimate collaborationist who knew that she would produce her best if she teased the best out of her teammates.” — Shelton’s parents, Wendy Roedell and David “Mac” Shelton, said in a statement. Lynn Shelton received a posthumous nomination for outstanding directing for a limited series, movie or dramatic special for “Little Fires Everywhere.”

“We need to continue the legacy for people like Lynn. She’s important for so many reasons. She was helpful and supportive to her peers. She always raised people up and helped them get to where they wanted to be. She was a nice person. She was able to be successful while also being kind. She was also a woman who didn’t direct her first feature film until she was over the age of 40. That sends a message that wherever you are in your career, you can have this.” — Mark Duplass in a phone interview about Shelton, a close friend and frequent collaborator. He is nominated for outstanding supporting actor in a drama series for “The Morning Show.”

“It did strike me while doing ‘Schitt’s Creek’ that there are very few fictional characters of my age that get to have so many new adventures. Stories around people my age usually involve death, disease and divorce. And here, my character got to just have so many great, new, ridiculous fun experiences. The best of all was getting a second chance to get to know her kids, and to actually be a mother. Who gets that?” — Catherine O’Hara, speaking from Canada where she is living by a lake with her family. The 66-year-old O’Hara is nominated for outstanding lead actress in a comedy series for “Schitt’s Creek.”

“Given that it’s been announced on a Tuesday, I hereby regretfully decline my nomination for ‘Black Monday.’ I am a dayist. Been one for many years. My principles are my bedrock and sacrosanct.” — Don Cheadle said in a statement. He is nominated for outstanding lead actor in a comedy series for “Black Monday.”

“I’m grateful for the continued love for all corners of our Maisel family. I wish so much that we could be together to celebrate today but this (and some zoom cocktails) will certainly hold us over until we can get the band back together. The company we get to keep across these categories is insane. Thank you to the TV Academy!” — Rachel Brosnahan, who is nominated for outstanding lead actress in a comedy series for “The Marvelous Mrs. Maisel.”

“These are strange times. Sad times. But it’s nice to have some good news. Much love.” — Christina Applegate in a tweet. She is nominated for outstanding lead actress in a comedy series for “Dead To Me.”

“This one strikes differently. It’s been a rough year for all of us. This honor is about more than acknowledgement. It’s about motivation to be my most authentic self so I can create authentic work. This news has lifted me in ways I did not anticipate! Much love and gratitude to the Academy and my Kimmy family.” — Tituss Burgess in a statement.

“It’s been a great partnership. To think, seven years ago, we were working on this germ of an idea that he had and trying to get this show landed somewhere, it’s mind-boggling to think that six years later, here we are.” — Eugene Levy, who is nominated for outstanding lead actor in a comedy series for “Schitt’s Creek,” a series he co-created with his son, Daniel Levy.

“This year means a little bit more, because of the social consciousness of our show coupled with what’s going on in our world with systemic racism and police brutality among Black and brown people within our community.” — Anthony Anderson, who is nominated for outstanding lead actor in a comedy series for his role in “black-ish.”

For more on this year’s Emmy Awards, go to: https://apnews.com/EmmyAwards 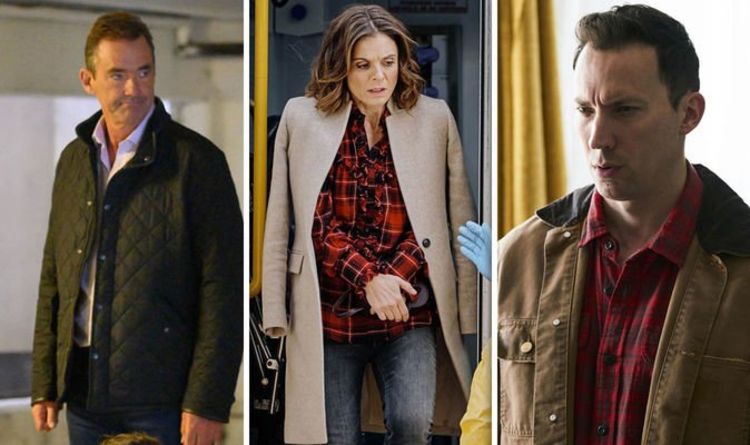 The newest series of the hit BBC drama Silent Witness has seen the Lyell Centre encounter a deadly nerve agent, based on […] 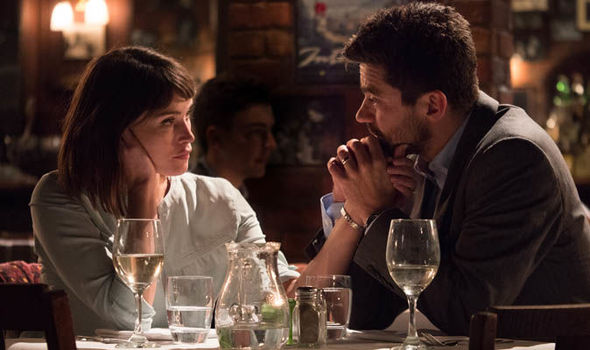 Starring Gemma Arterton and Dominic Cooper, The Escape is an intimate portrait of a married woman who seemingly has it all. Married […] 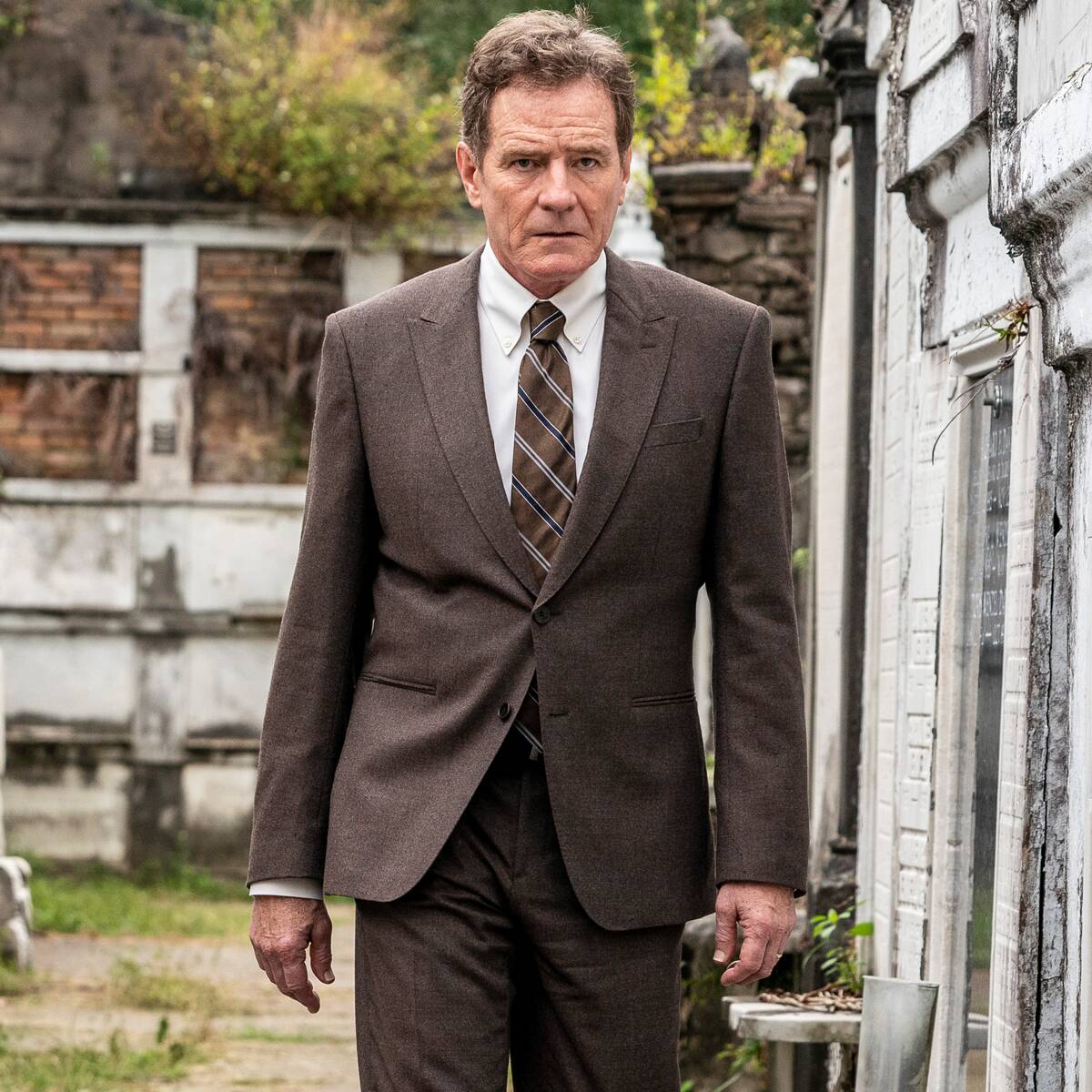 Bryan Cranston is back—but not as Walter White. In his first major TV role since Breaking Bad, which earned him four Emmys […] 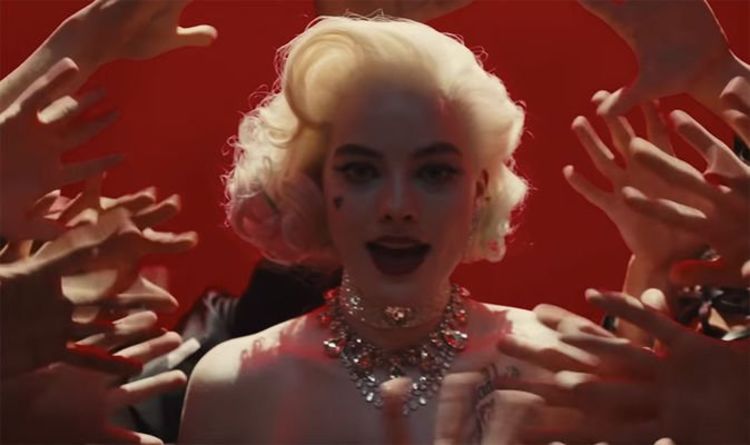 Margot Robbie’s performance in Suicide Squad as Harley Quinn enraptured DC Comics fans. So much, in fact, it was decided she needed a standalone film […]