A rare guitar that Jimi Hendrix played early in his professional career is set to be auctioned off on August 8 by Kruse GWS Auctions.

The Japanese guitar was built sometime in the early 1960s and picked up by the guitar god in 1962 after he got out of the army.

The starting bid on the ax is set for an impressive $50,000, though the auctioneers are expecting something much higher to match the guitar’s historic status, according to TMZ. 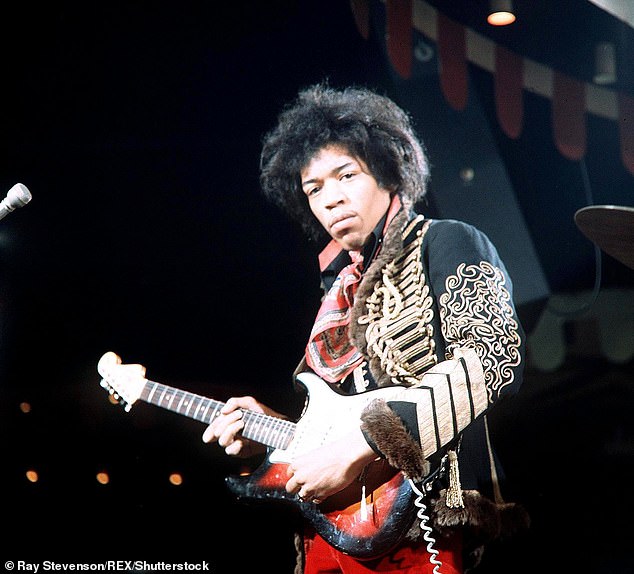 Rock treasure: A rare Japanese guitar played by Jimi Hendrix early in his career will be auctioned off by Kruse GWS Auctions on August 8. The guitar god played it from 1962–66; pictured in 1967

Despite its seemingly humble origins, the early guitar would have been an attractive choice for Hendrix.

Though a brand name or maker’s name isn’t listed on the guitar, it has a similar shape to the iconic Fender Stratocaster, which the Purple Haze singer is most associated with.

The guitar features a gorgeous three-color sunburst finish with a gold and burgundy pick guard.

The guitar comes without strings, so as to preserve it’s state for the past few decades, though Hendrix, who was left-handed, would turn the guitar upside down and restring it, rather than trying to find a left-hand guitar. 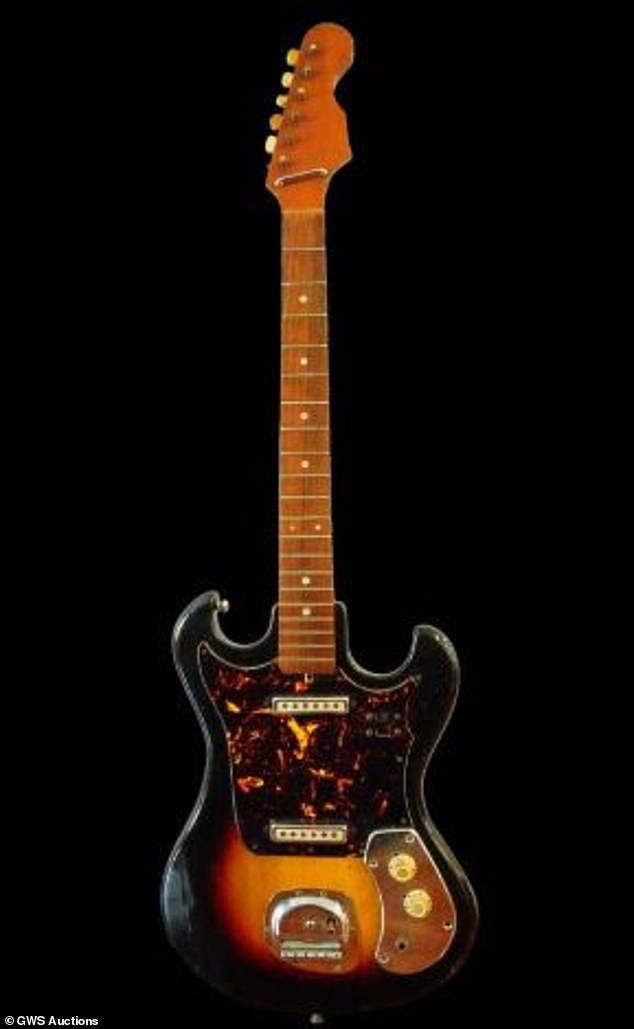 Close: Though a brand name or maker’s name isn’t listed on the guitar, it has a similar shape to the iconic Fender Stratocaster, which the Purple Haze singer is most associated with 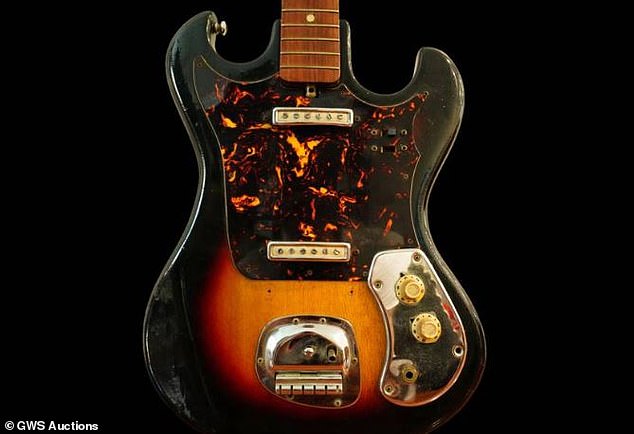 Elegant: The guitar features a gorgeous three-color sunburst finish with a gold and burgundy pick guard

After returning home from the army, Jimi moved to Clarksville, Tennessee, and played shows on the Chitlin’ Circuit for Black audiences.

He performed with other legendary acts including Sam Cooke and Ika and Tina Turner while he was still honing his craft and his technique.

According to his brother Leon Hendrix, that time before the drugs and the rock stardom ‘was the last time that Jimi sounded happy.’

‘I remember Jimi calling me from New York saying he so broke he can’t even pay attention. He pawned his guitar and his friends got him one,’ he said.

The guitar parted ways with the Are You Experienced? ax man when he moved to London and left the guitar with a friend in New York City, where it remained.

The winning bidder on the guitar will get a letter of provenance from Leon, along with a video message and the opportunity to have a private dinner with him if they desire. 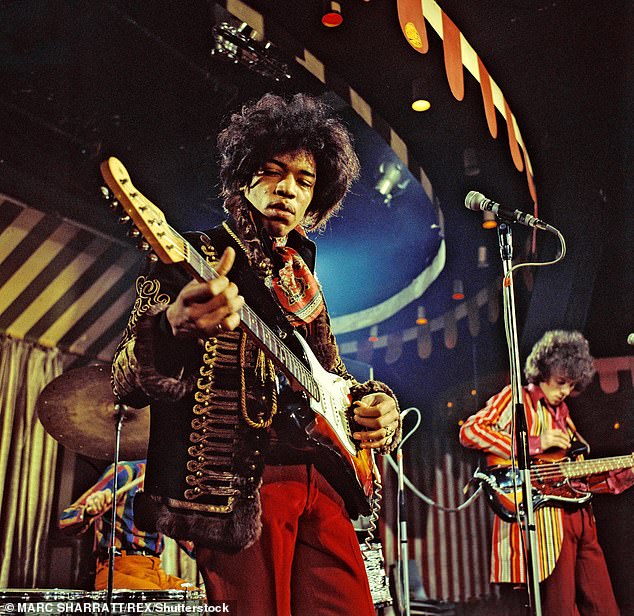 First start: After returning home from the army, Jimi moved to Clarksville, Tennessee, and played shows on the Chitlin’ Circuit for Black audiences, presumably with the guitar; shown in 1967

Hendrix’s career took off in late 1966, when he found success in London that had eluded him in the US.

His trio The Jimi Hendrix Experience had UK hits with soon-to-be classics like Purple Haze and Hey Joe, and their debut album Are You Experienced? revealed his guitar talents to the world.

His iconic Monterey Pop Festival performance, in which he set his guitar on fire at the end of the set, helped add to his mystique.

Axis: Bold As Love and the more experimental Electric Ladyland followed later in the ’60s.

He rounded out the decade with an iconic performance at Woodstock, including his hazy version of The Star-Spangled Banner, and launched the 1970s with the funk-influenced album Band Of Gypsies.

Hendrix died on September 18, 1970, after aspirating on his on his own vomit while intoxicated. 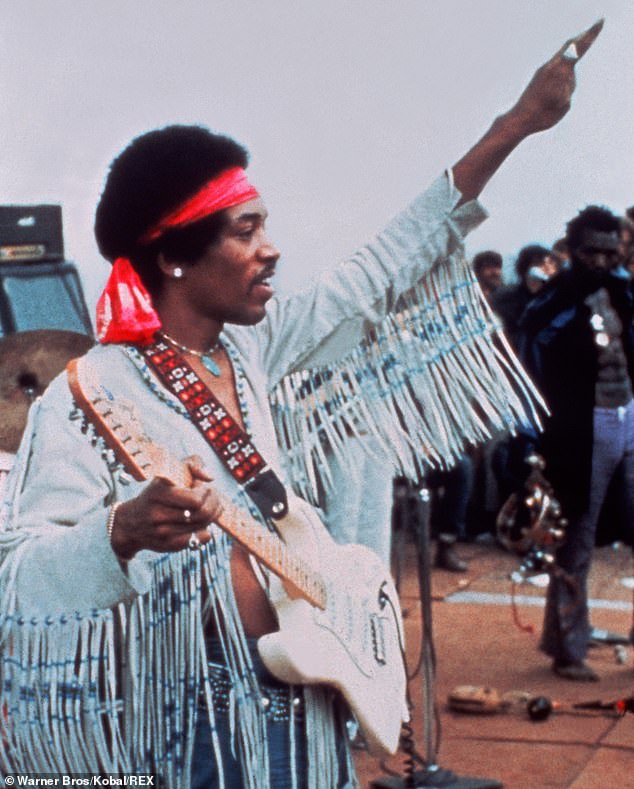 Saying goodbye: Hendrix left the guitar at a friend’s apartment in New York City in 1966 when he moved to London, where it remained. His career exploded after the relocation; still from Woodstock (1969) 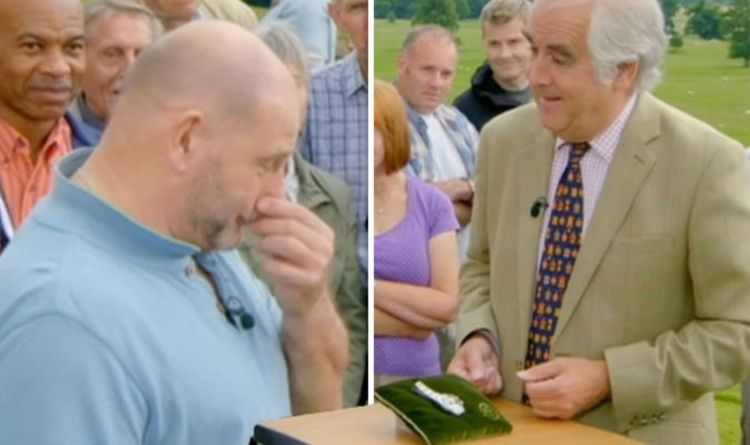 Fiona Bruce presented the BBC programme from Floors Castle in Kelso which is situated in the Scottish Borders. Antiques Roadshow expert Richard […] 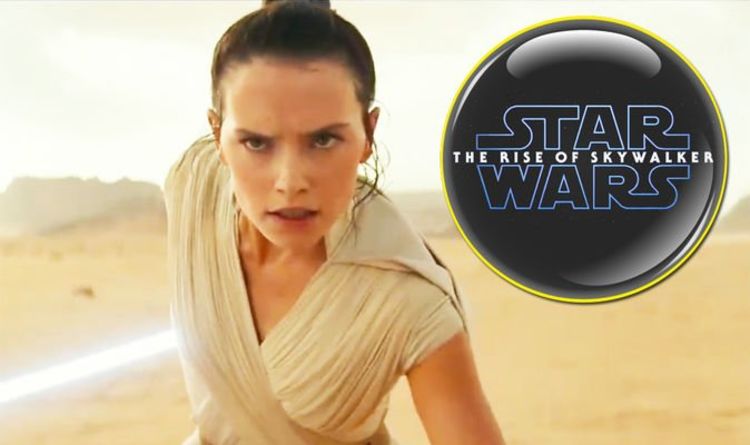 This Christmas sees the release of Star Wars Episode IX: The Rise of Skywalker. A film set a year after the events […] 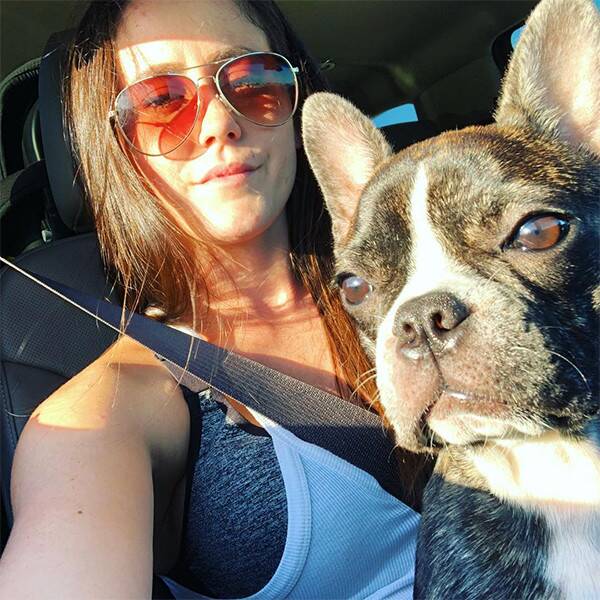 Jenelle Evans is denying a claim by police that she fabricated a story about her husband David Eason shooting her dog. In May, the North […] 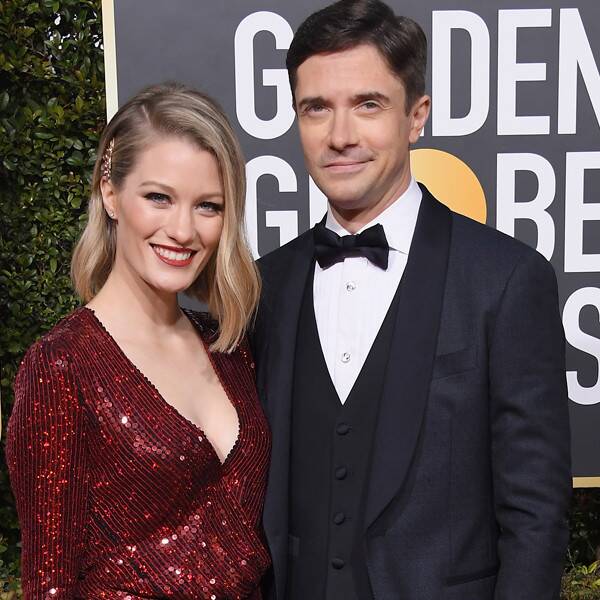 Rob Latour/Shutterstock 2020 is off to a great start for Topher Grace and Ashley Hinshaw! On Saturday, the longtime couple dazzled on the […]