Days after claiming teachers are indoctrinating children to hate America, President Donald Trump pivoted to tell us we must immediately return to classrooms for the good of those children. White House press secretary Kayleigh McEnany later told reporters that “science should not stand in the way of” schools fully reopening. It seems like a typical Trump administration contradiction, but this kind of whipsaw is familiar to K-12 teachers.

According to Trump’s administration, as well as several state governors, teachers who do not want to fully reopen are doing their students — and country — a great disservice.

Next, teachers in Florida took the extraordinary step of suing the governor in an effort to stop a plan that would fully reopen all public schools in August. The lawsuit, filed by the state’s largest teachers union, argues such a move is simply not safe in a state where coronavirus cases are spiking.

Then on Thursday, the Centers for Disease Control and Preventionfinally released its own much-awaited revised guidelines for schools, which emphasized the need to get students into the classroom.

According to Trump’s administration, as well as several state governors, teachers who do not want to fully reopen are doing their students — and country — a great disservice. America has a long history, as Dana Goldstein explained in “The Teacher Wars,” of educators being “both resented and idealized.”

Mere months ago, the nation’s teachers were lauded, having turned on a dime from in-person to remote instruction. That glow faded, however, as the limitations of digital learning, despite educators’ and students’ best efforts, became evident.

When teachers are hailed as heroes, it’s often because society has failed to tackle a problem outside of education and that failure makes its way into schools. Those gunned down shielding students in places such as Newtown, Connecticut, first come to mind. But there is the more common heroism that occurs around the country, the feel-good stories closing the evening news, in which teachers exceed their professional duties to provide students with food, clothing, supplies, health care — resources a less unequal society would provide.

The same can be said when teachers are depicted as villains. Over the past two decades, a glaring achievement gap between affluent and struggling districts and between white students and students of color led to damaging campaigns to weed out “bad teachers.” There are, of course, weak performers in teaching as there are in every field, and given the impact teachers have, improving teacher quality is a critical goal. Focusing on teachers as the problem, however, has overshadowed school funding inequities, segregation and other structural issues key to closing achievement gaps.

Now we see the Trump administration preparing to blame teachers for partial or full school closures this fall. Trump’s claim that “the moms want it, the dads want it, the kids want it” was notable for who didn’t make the list: educators.

It’s important to understand that when teachers are vilified in these ways, students end up hurt. No Child Left Behind exploded testing and narrowed curriculums in an attempt to create more accountability for teachers and schools. Partly in order to oust weak teachers, the program forced school closures — closures increased significantly in the years immediately after its passage in 2001 — disrupting students’ lives to dubious benefit.

Now the president and his allies are painting teachers as the obstacle to school reopenings.

This elides the fact that teachers want schools reopened safely just as much as parents (which many teachers also are) do. In an American Federation of Teachers survey, three-quarters of respondents said they are comfortable returning to buildings with safety measures in place. Teachers deeply enjoy their work and are research-driven professionals. They know remote teaching cannot adequately replace in-person instruction in the long term.

But, also like parents, some 70 percent of whom are fearful about school reopenings, they don’t want schools opened no matter what. Watching virus deaths shoot past 140,000 and infections rise, including in more young people, they fear for students and communities, especially poorer ones our health care system often fails. They fear for older and immunocompromised colleagues. They fear for themselves and their families.

Despite years of shooter drills, teachers did not enlist to die at work. Yet this may be what is about to be asked of them. Nationwide, teachers who are at high risk for contracting COVID-19 have little idea how they will be protected when school opens. One in 5 teachers in a USA Today/Ipsos poll said they may not return, but the worry should be that most will — out of economic necessity, to fulfill the hero narrative or to avoid fulfilling the villain one.

Trump has threatened to withhold federal funds if schools don’t open, when schools can only reopen safely with additional federal help, which has not come. He has pushed for the dilution of the CDC guidelines that districts have been working to meet with careful planning. Existing guidelines mean some schools may have to delay openings or open under hybrid in-person/remote methods; they mean schools need money for personal protective equipment, cleaning and social-distancing measures.

American teachers do not want to be heroes. They, like so many other workers who have suddenly found themselves thrust onto the front lines of the pandemic, just want to be able to do their jobs safely and well. We are neither heroes nor villains — and labeling us as either puts us and America’s children in danger.

Anne Lutz Fernandez is a high school English teacher and co-author, with Catherine Lutz, of “Schooled: Ordinary, Extraordinary Teaching in an Age of Change.” 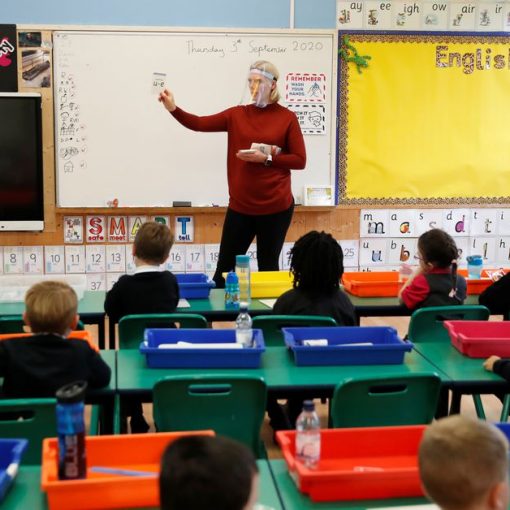 A teacher wearing a face shield works on the first day of school at Holne Chase Primary School, amid the outbreak of […] 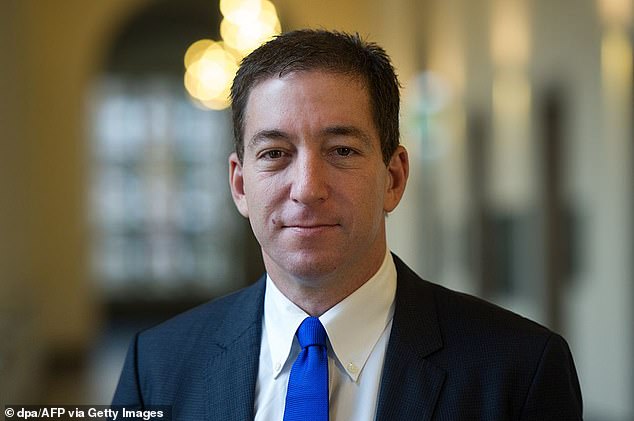 Journalist Glenn Greenwald, the founder of The Intercept, has lambasted his fellow reporters and the media for ‘cone of silence’ regarding a […] 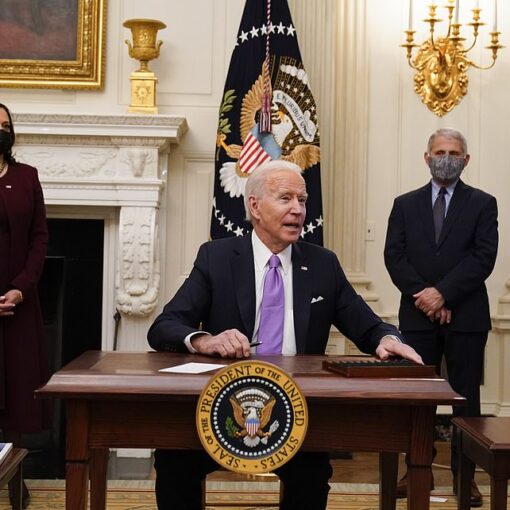