‘Talk about false advertising!’ Robert Whittaker wins main event over Darren Till in UFC’s final event on their ‘Fight Island’ in Abu Dhabi… yet some fans were still disappointed with the product they received in the UAE

The last of the of the UFC Fight Island events took place overnight in Abu Dhabi, with many fans still seemingly upset about the product they received from the United Arab Emirates.

Robert Whittaker claimed a unanimous decision victory over British contender Darren Till in the main event, in the last of four events on the island.

However, following on from UFC 251 two weeks’ ago when fans were disappointed the octagon wasn’t actually staged on the beach, some supporters still couldn’t get over it – with one describing it as ‘false advertising!’ 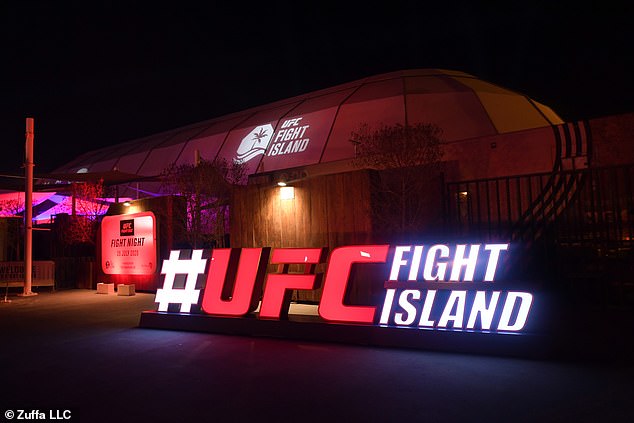 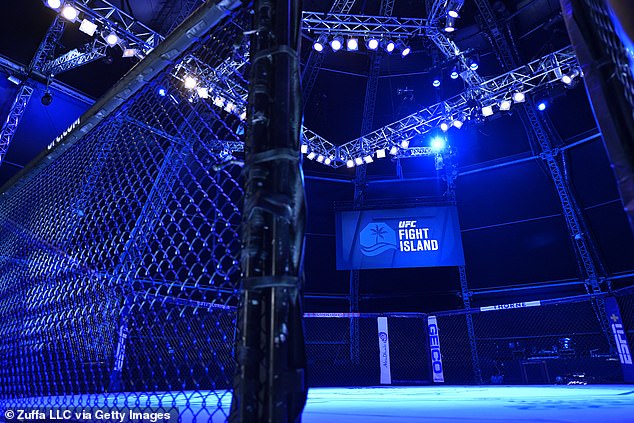 The octagon, as in previous weeks, wasn’t on the beach as the series of events came to an end 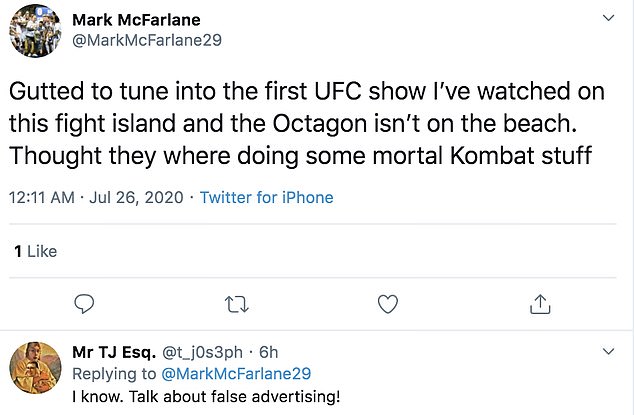 Dana White had warned that this would be the case, with the UFC president staging the events in the Middle-East so events could be held amid the coronavirus pandemic.

Over four events in three weeks, more than 100 fighters have flown to Yas Island, facing strict social distancing protocols upon their arrival.

It all came to an end on Saturday night, with New Zealander Whittaker emerging victorious after a tactical and tense win over Till.

Whittaker was fighting for the first time since losing his belt to current champion Israel Adesanya in Melbourne last year and managed to secure a unanimous decision of 48-47 from the three judges on Yas Island. 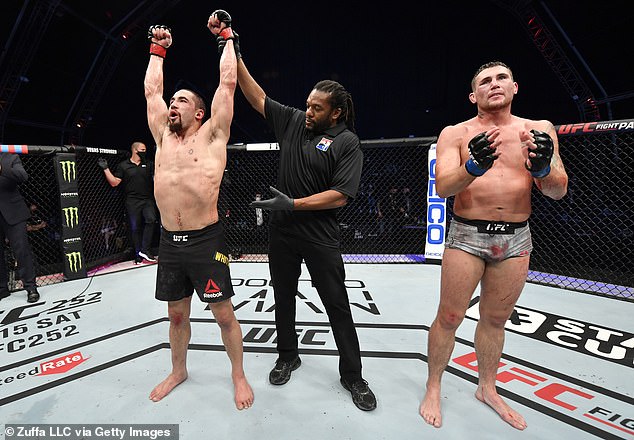 Whittaker landed a pair of early jabs in the first round before the Liverpudlian responded with a left elbow to the chin which dropped the Australian.

But Whittaker responded in the second round, his big right hand knocking the Englishman down before he leaned in to use a clubbing elbow on the man on the canvas.

The third round was a close affair, with Whittaker failing on a takedown but managing to land a left hook on the break. 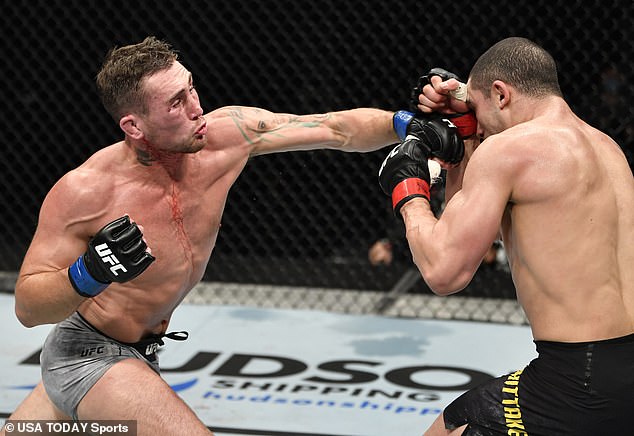 Till struggled to stay as quick on his feet during the final two rounds, with a highlight coming at the end of the fourth when a combination of punches snapped the Australian’s head back.

Whittaker continued to target Till’s lead leg and emerged victorious but not before a slicing elbow in the fifth round opened a huge gash on his head.

Afterwards, Whittaker told ESPN the fight ‘was so stressful’, adding: ‘Honestly, I hope the fans and everybody can appreciate it. Cause that level for me, that was one of the most technical fights I’ve ever had to fight.’

Matt Doherty: 'I wasn't even young, like 12. So it was a bit embarrassing'