Shaky ground. Meghan Markle and Prince Harry‘s relationship with Prince William and Duchess Kate was strained during their final royal engagement, according to the upcoming biography Finding Freedom.

The book — written by royal reporters Omid Scobie and Carolyn Durand — claims that the Suits alum, 38, and Harry, 35, were blindsided at the Commonwealth Service in March when they weren’t included in the procession of senior royals.

“The decision had been made without their consultation, and they were informed long after the 2,000 orders of service had been printed for guests, with their names notably absent,” an excerpt published by The Times on Saturday, July 25, reads. “This year it would just be the Duke and Duchess of Cambridge, the Prince of Wales, and the Duchess of Cornwall walking through the abbey with the Queen. It felt intentional.”

The book added that Meghan and the former military pilot decided to take their seats at the same time as William, 37, and Kate, 38, but the interaction became awkward.

“While Harry and Meghan both greeted William and Kate with smiles, the Cambridges showed little response,” the excerpt continued. “It was the first time the two couples had seen each other since January. ‘Harry,’ William nodded, ignoring Meghan. For the minutes before the Queen’s arrival, William and Kate sat with their backs to the couple, only turning around to chat with Prince Edward and [his wife] Sophie, next to the Sussexes. Although Meghan tried to make eye contact with Kate, the duchess barely acknowledged her.” 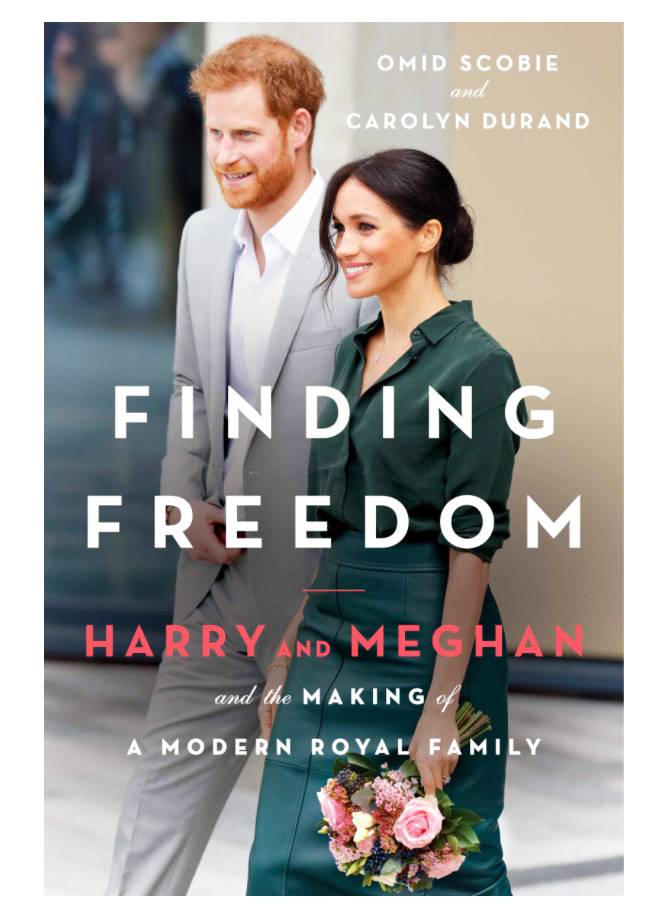 Finding Freedom details the aftermath of Meghan and Harry’s announcement in January that they planned to “step back” from their senior royal duties. The biography — which will be released on August 11 — also asserts that Meghan didn’t want to make the decision but felt she had no choice.

“I gave up my entire life for this family,” the former actress reportedly told a friend in March, according to the book. “I was willing to do whatever it takes. But here we are. It’s very sad.”

A spokesperson for Harry and Meghan told Us Weekly on Saturday that the couple “were not interviewed and did not contribute to Finding Freedom. This book is based on the authors’ own experiences as members of the royal press corps and their own independent reporting.”

Harry and Meghan relocated to Los Angeles with their 14-month-old son, Archie, following their royal exit in March. A source told Us in June that“it breaks William’s heart” to see Harry move so far away.

“William is so tired and done with the drama of it all,” the insider said at the time. “Seeing Harry cut ties with virtually every aspect of his English life and identity is so hard to fathom.”

Da Brat Reveals to Kandi Burruss That She Thinks Allen Iverson Knew She Was Bisexual, “But We Never Talked About It”

Brittany Cartwright And Jax Taylor Expecting Their First Baby – Check Out The Pics!

Mariah Carey and Nick Cannon: The Way They Were