NEW YORK —
Actress Spencer Grammer says she was trying to calm an agitated man when he slashed her in the arm and stabbed her friend in the back Friday outside a New York City restaurant.

Grammer, 36, told US Weekly that she and her friend “did what anyone else would do in the same situation” and were “attempting to prevent the altercation from escalating” when they were attacked.

Grammer and her 32-year-old friend were eating at an outside table at The Black Ant in Manhattan’s East Village neighborhood around 11:30 p.m. Friday when the man ambled up and demanded to be served as the restaurant was closing down.

Grammer and her friend were hurt as they “attempted to break up a dispute between the unidentified male and other patrons at the location,” police said.

The man ranaway after wounding Grammer in the right arm and her friend in the lower back with an unknown sharp object, police said. No arrests have been made.

Grammer, who provides the voice of Summer on “Rick and Morty” and previously starred on the ABC Family series “Greek,” is the daughter of “Frasier” star Kelsey Grammer and actress Doreen Alderman.

Grammer said she and her friend both expect to recover quickly. Neither suffered serious internal injuries, she said.

In her statement to Us Weekly, Grammer thanked the first responders and Bellevue Hospital staff that treated them and noted the “incredible battle” those workers have fought against the coronavirus pandemic.

“It was very moving for us to have the opportunity to thank them in person,” Grammer said. 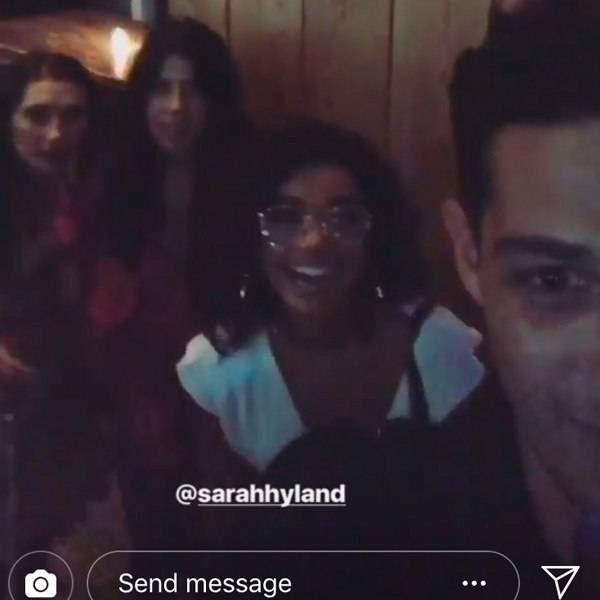 A New York judge has agreed to let a class-action lawsuit proceed with a sex-trafficking claim against disgraced movie producer Harvey Weinstein. […]

Celine Dion is the Queen of the Ballad – which she will prove in her upcoming UK tour. The French-Canadian songstress is […]

Baby Archie will make his first overseas appearance this fall when parents Prince Harry and Meghan, the Duchess of Sussex, take him […]