Home surveillance footage has been released showing three individuals who cops say riddled an Ohio home with bullets, killing a one-year-old boy and injuring his twin brother while they slept.

The Canton Police Department in Ohio said the shooting happened around 2:30am on Wednesday in a residence at 1600 block of Claredon SW.

Ace and Arcel Lucas, both 19-months-old, were fast asleep inside the home when multiple gun shots rang out in the night.

Several bullets shot through the residence and struck both young children.

Fire authorities rushed the twin brothers to a local hospital, where baby Ace died from the gunshot wound and Arcel survived with non-life threatening injuries. 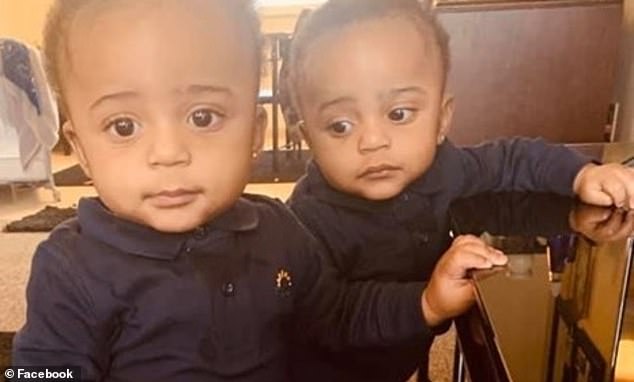 Authorities are looking for three suspects involved in a shooting that killed 19-month-old Ace Lucas and injured his twin brother, Arcel Lucas

Surveillance footage taken outside the home showed  the unidentified suspects who, as of Friday night, are still at large.

Two individuals are seen stalking around the perimeter of the home and both men are carrying a what appears to be a handgun.

The suspects cross back and forth across the yard a few times before walking around to the side of the home. 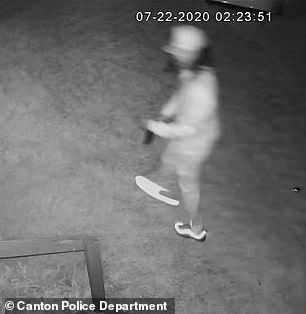 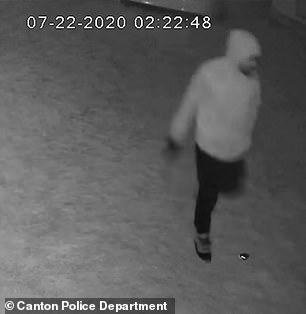 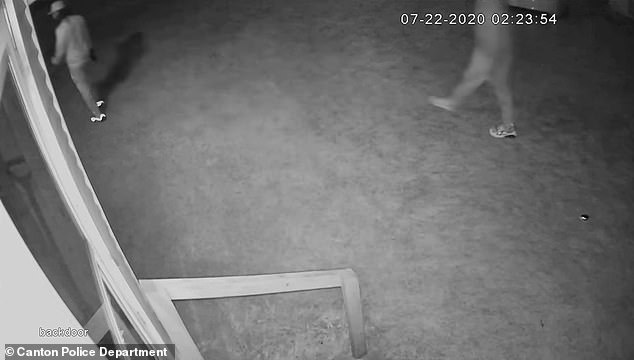 Then, the men walk past a large patio covered in baby toys and a mini basketball for children.

Just as the first suspect walks out of the camera’s view, a number of gun shots can be heard.

The motive for the shooting, as well as the exact relationship between the suspects and victims, are unclear.

It was the third act of gun violence in Canton that occurred within a six-hour span on Wednesday that resulted in two additional murders. 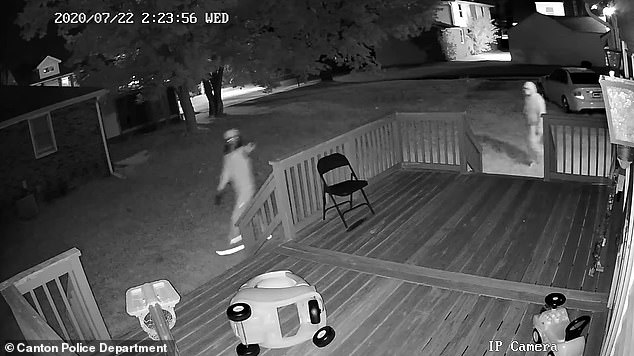 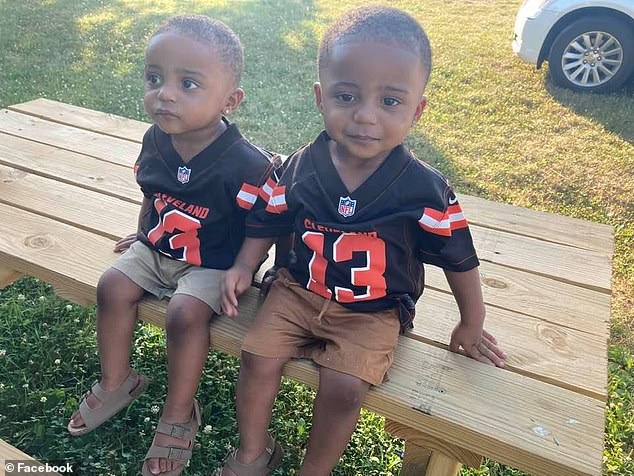 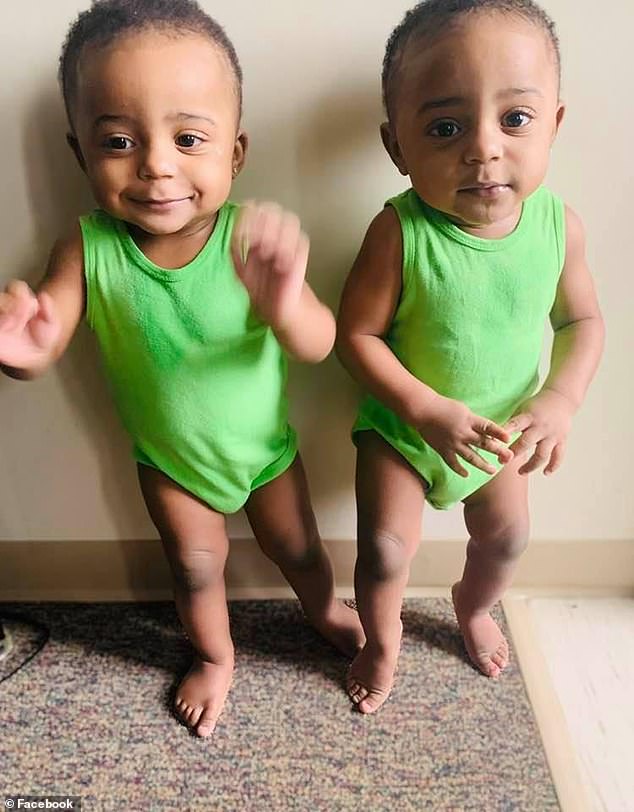 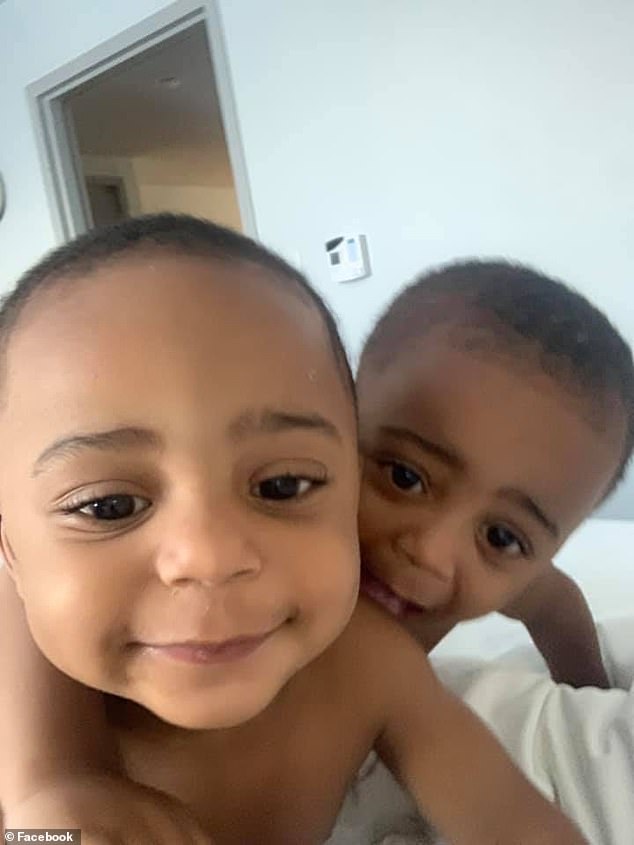 As of Friday evening, the suspected gunmen are still at large and no arrests have been made

Neighbors told 19 news that the children were reportedly at the Canton home that night to visit their father.

They said it sounded like a machine gun going off that night because the gunshots happened in quick succession.

A press release from Canton Police Department revealed that the FBI is offering a $5,000 reward to anyone who has information that will lead to the arrest and conviction of the suspects.

That money is in addition to the $500 being offered by the Stark County Crime Stoppers unit. 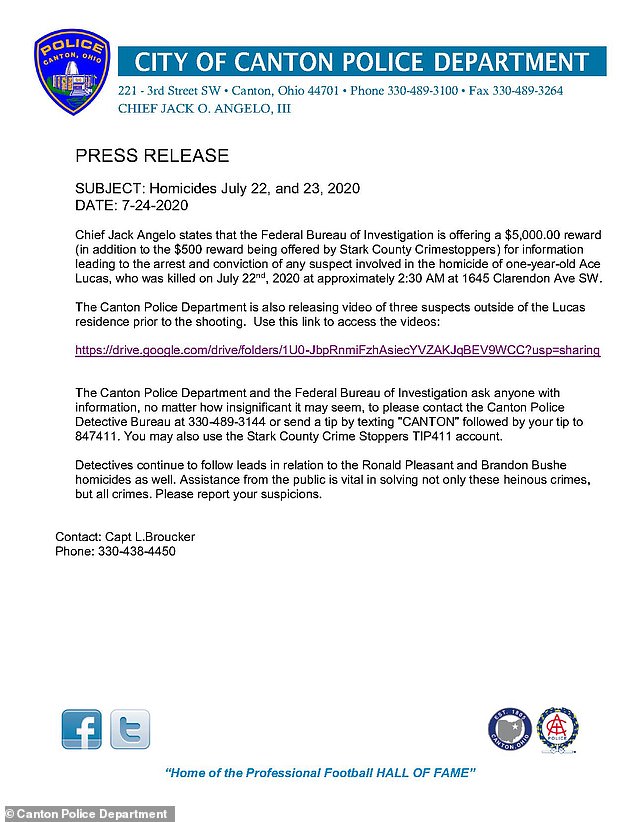 Pictured: a press release from the Canton Police Department that revealed the FBI is offering a $5,000 reward for information in the case 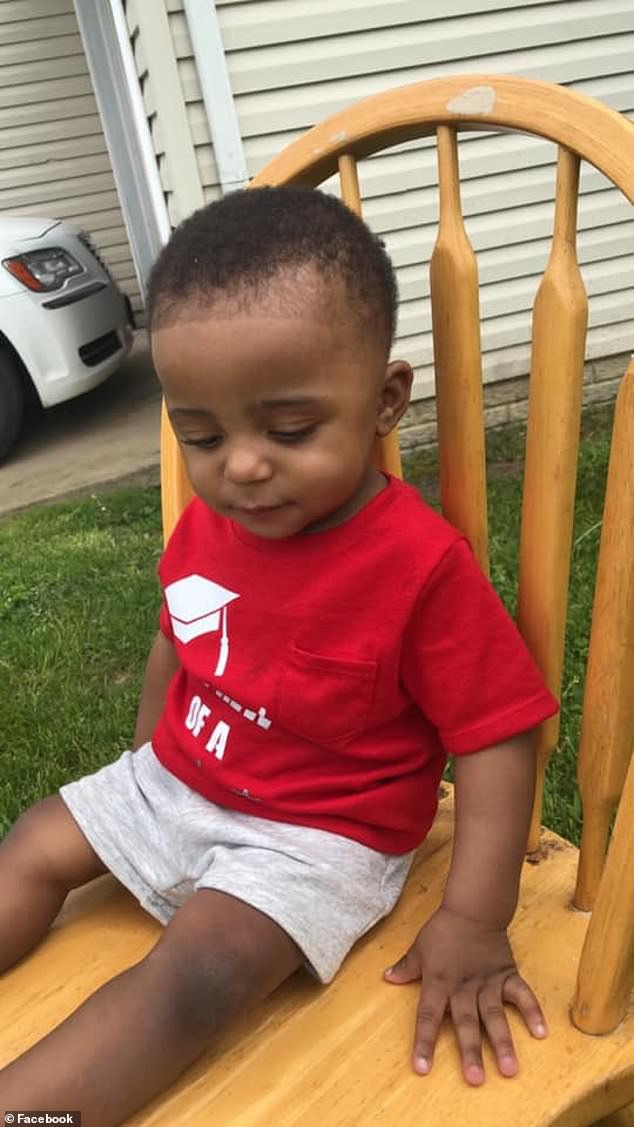 Chief Angelo: ”You shoot into a house not knowing who is in there or anything else and you end up killing one and almost killing a second child.It’s just these people don’t have a conscience’ 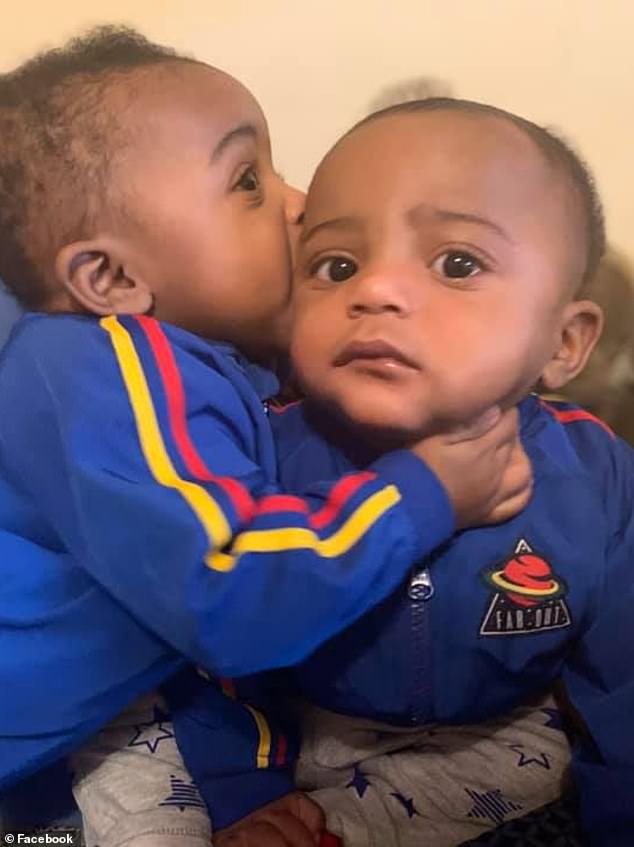 Ohio Rep. Thomas West: ‘To the family and friends, of Ace, I know that no words can comfort you or bring back your son Ace. Although your son was only here on this earth for a short time, I know he left lasting memories and impressions on all those who his life touched’

‘I don’t even have a count exactly on how many of them were fired, but, you know, the house was riddled with bullet holes after the fact,’ he told Fox 8.

‘You shoot into a house not knowing who is in there or anything else and you end up killing one and almost killing a second child,’ said Angelo.

‘It’s just these people don’t have a conscience.’

Rep. Thomas West of Ohio’s 49th District shared a photo of the twin babies on his Facebook page in a message that denounced gun violence.

‘I was deeply saddened to learn that gun violence has once again struck our babies.’ wrote West.

‘This unthinkable act cause an enormous pain and loss to the family and to our community. I pray that no other family has to experience the loss of a child or love one to gun violence.

‘To the family and friends, of Ace, I know that no words can comfort you or bring back your son Ace. Although your son was only here on this earth for a short time, I know he left lasting memories and impressions on all those who his life touched.’ 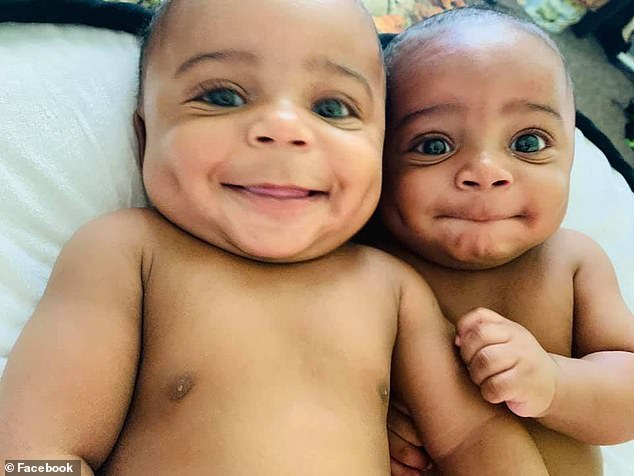 Pictured: Babies Ace and Arcel in an adorable picture taken before the Wednesday morning shooting 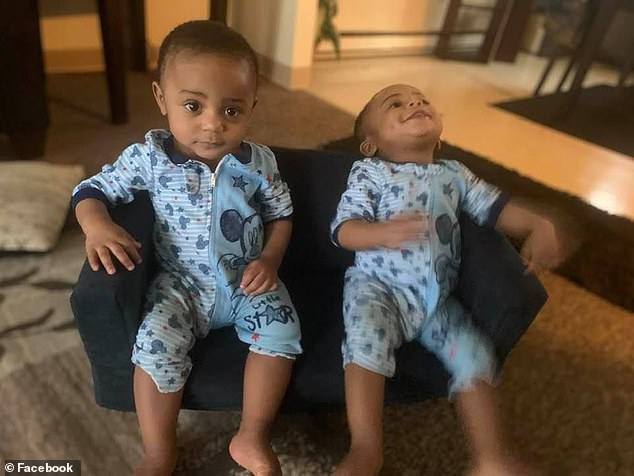 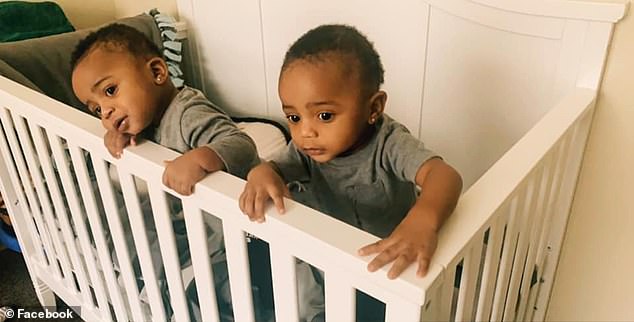 Amber Pryor: ‘His brothers keeper[for real]. He always had his Lil bro’s back now he’s [going to] always watch over him from above’ Pictured: Ace and Arcel Lucas 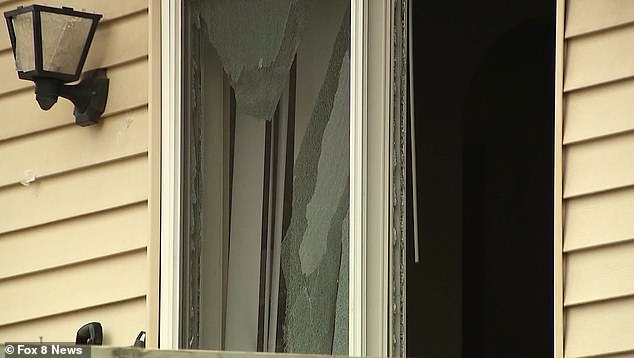 Pictured: Broken glass outside the home where both Ace and Arcel Lucas were shot on Wednesday

A woman close to the family shared a series of photos and tributes to Ace on Facebook.

‘His brothers keeper[for real]. He always had his Lil bro’s back now he’s [going to] always watch over him from above,’ write Amber Pryor.

On Thursday, she wrote: ‘I ain’t never felt a pain like this before but I’m trying to stay strong y’all. It’s a lot of families hurting behind this so please everyone stay strong for us and keep Ace’s spirit alive.’

In another post, she noted that Arcel will now have to grow up without his twin brother.

‘Please if you know something say something,’ she wrote, ‘Ace did not deserve this now his twin brother has to grow up without him.’

At the moment, the family has stressed on Facebook that there are no official GoFundMe pages for Ace and any that are out there are trying to capitalize off the death of a child. 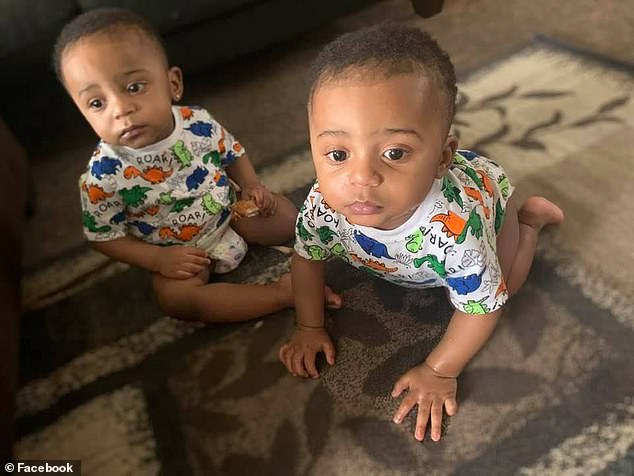 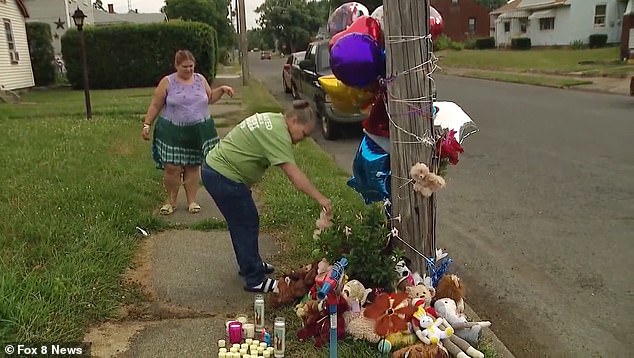 People can also text 847411 by putting “CANTON” and your tip in the message.

Ace’s death was one of three that happened Wednesday in a dangerous series of events.

On Tuesday, 31-year-old Ronald Pleasant and 21-yea-old Khalil Hall were both shot. Pleasant died of his injuries, while Hall was taken to a local hospital to treat non-life threatening wounds.

Later that same day, 20-year-olds Brandon Bush and Marzette Adkins were shot before 11pm. Bush later died in the hospital.

‘We are back out trying to talk to them again. At a time when something like that happens, emotions are pretty high.’ 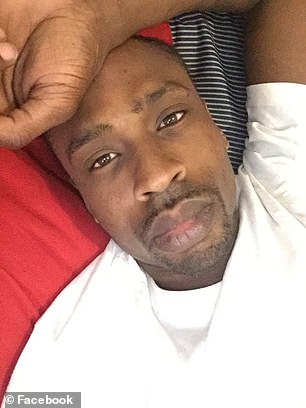 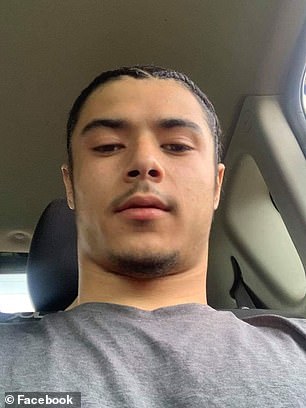 The death of Ace comes amid a surge of gun violence across the nation as law enforcement struggles to regain the public’s trust.

Police said at least 60 bullets were fired in the shootout Tuesday evening, when gunmen in a car opened fire on the funeral party, who then returned fire on the vehicle.

CCTV footage believed to be from the latest incident shows the horrifying moment mourners were shot at while standing outside the funeral home.

A dark car is seen pulling up by the pavement where attendees of the funeral are gathered.

Gunshots can then be heard and the people run for cover from the bullets.

The car pulls forward and more shots can be heard amid the screams, before it reverses out of view. 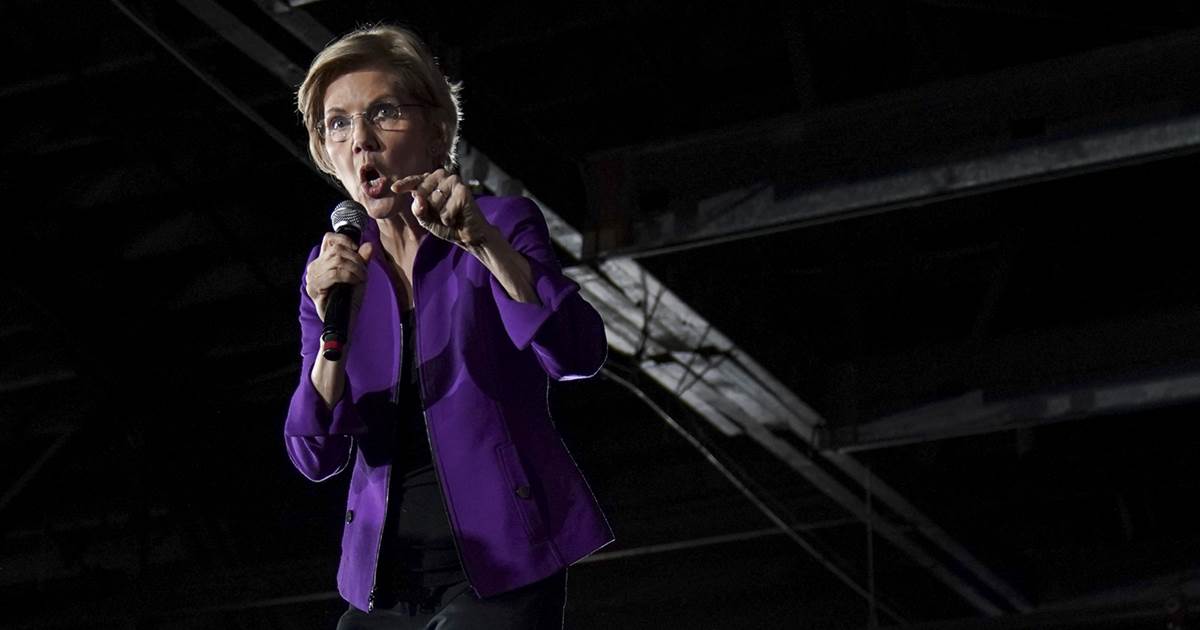 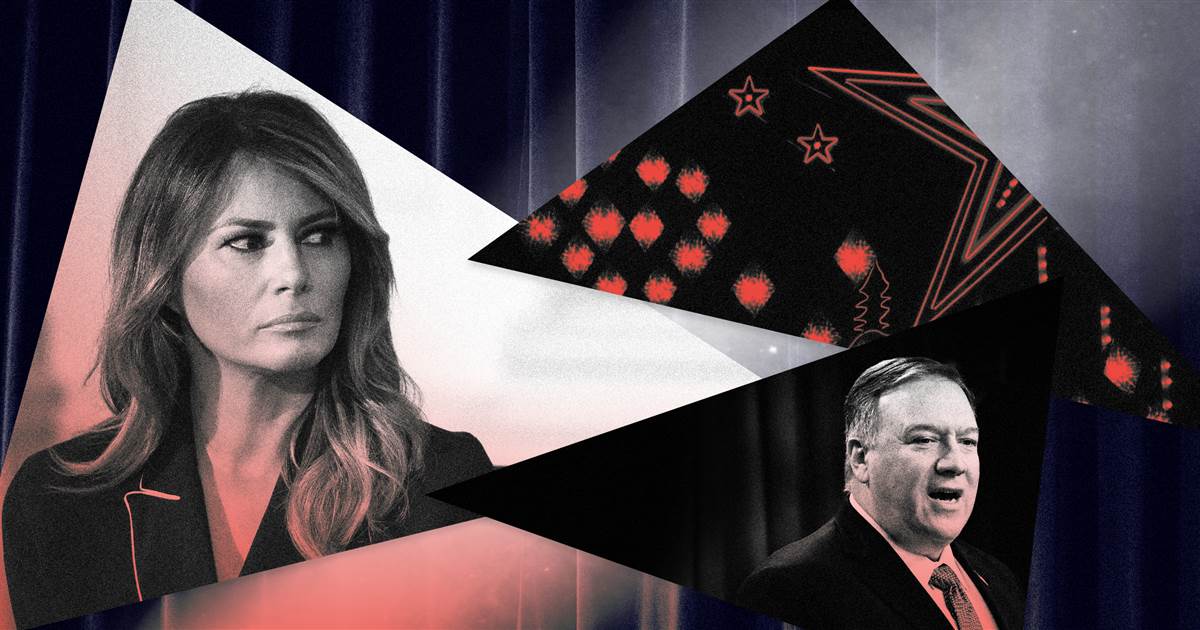 On the second night of the Republican National Convention, several members of the Trump family, including first lady Melania Trump, as well […] 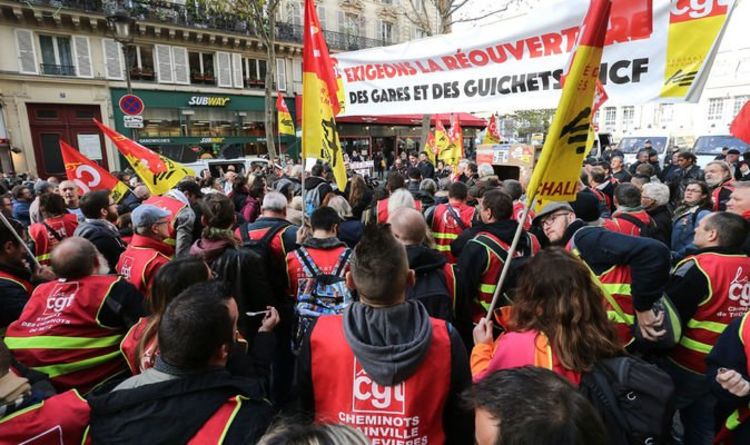 The special pension regimes “made sense in the past but are no longer justified,” M Darmanin told the weekly newspaper the Journal […] 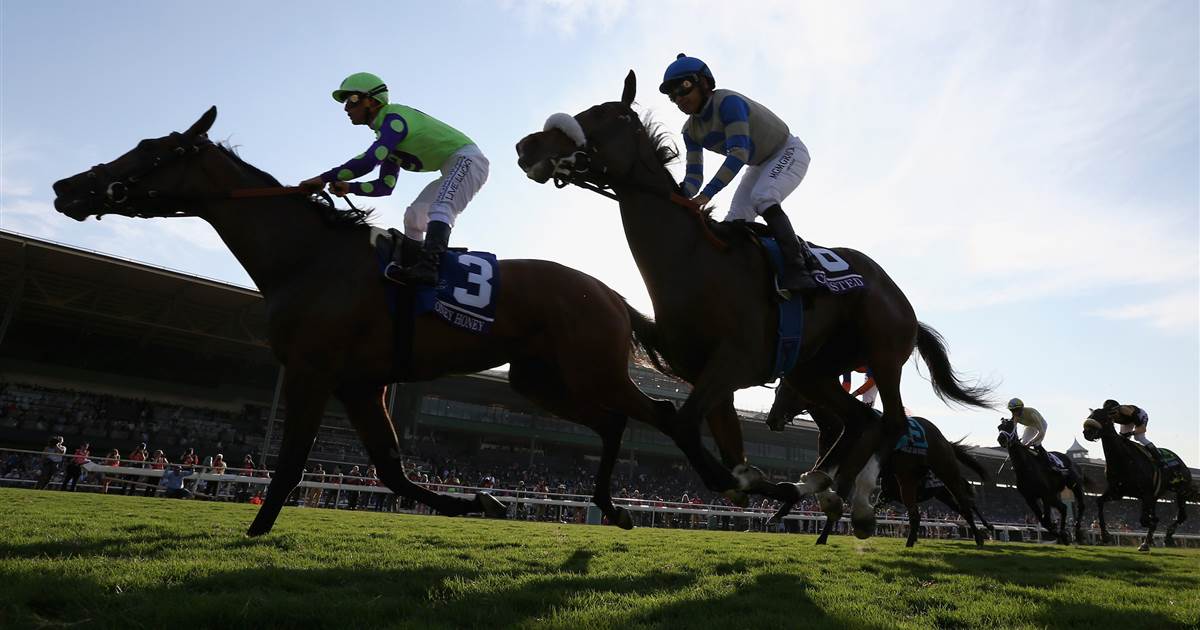