By Alec Fenn For Mailonline

Neymar fired PSG to French Cup glory as they beat Saint Etienne 1-0 on Friday night to secure a league and cup double.

The Brazilian opened the scoring on 14 minutes before Saint Etienne were reduced to 10 men when Loic Perrin was shown a red card on 30 minutes.

Perrin was dismissed on his final appearance for the club at the end of a 17-year stay with Saint Etienne following a VAR review after a poor tackle on Kylian Mbappe. 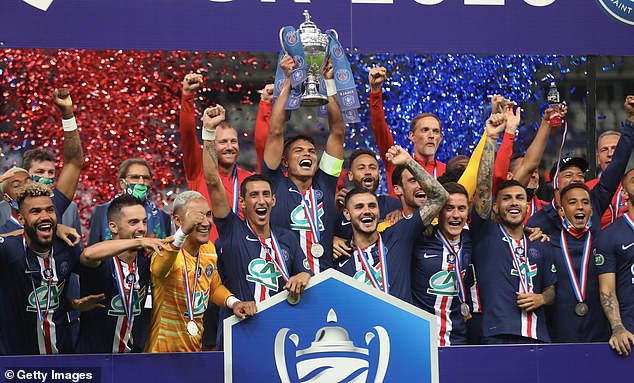 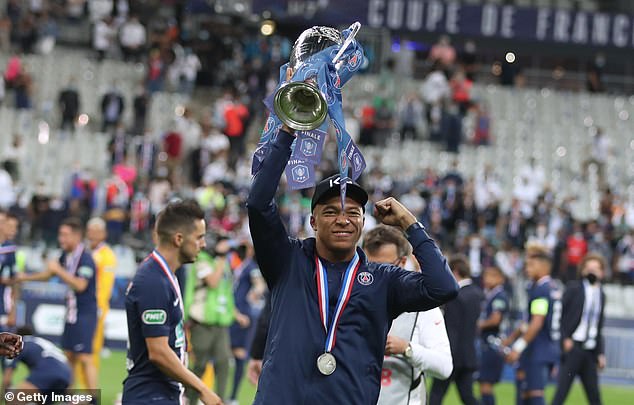 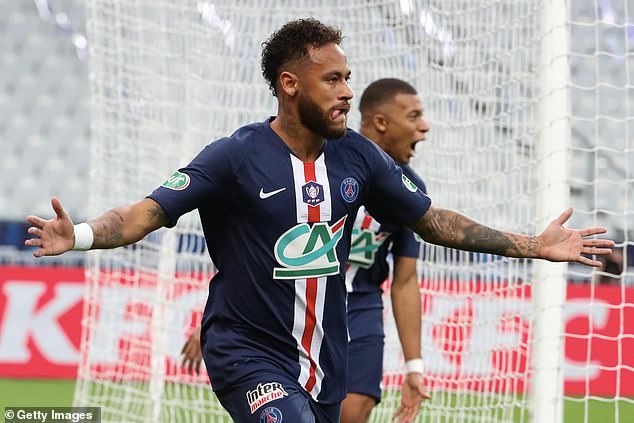 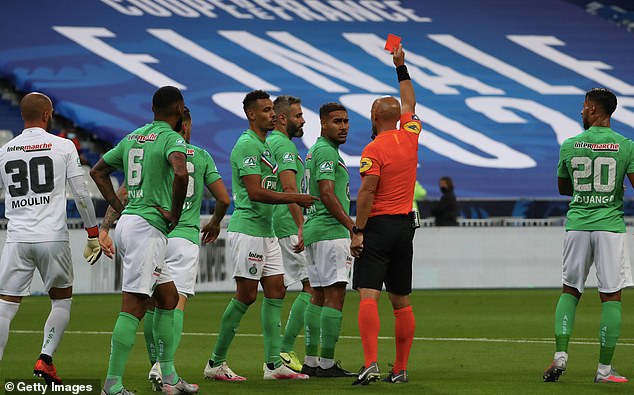 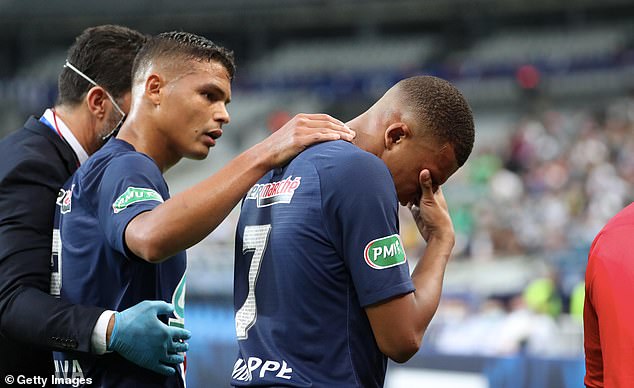 Perrin’s tackle saw the forward’s ankle fold at a worrying angle and ended his night prematurely before sparking a mass brawl between both sets of players.

Mbappe left the field in tears and later returned to the touchline on crutches, which will be a huge concern for PSG ahead of their Champions League quarter-final against Atalanta next month.

Perrin’s tackle sparked a mass brawl between the two sides on a night of bad tempers but little in the way of quality football.

Five thousand fans were allowed inside the 81,000-seater Stade de France, with their chants echoing around the largely empty arena.

It was the first French domestic action in four months after the football season was postponed as a result of the COVID-19 pandemic. 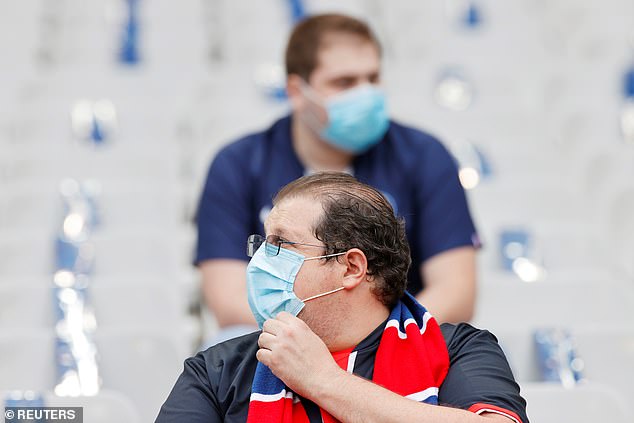 Five thousand supporters were allowed inside the 81,000-seater Stade de France to watch 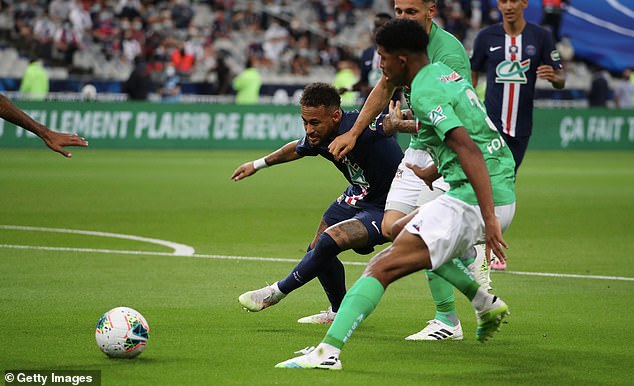 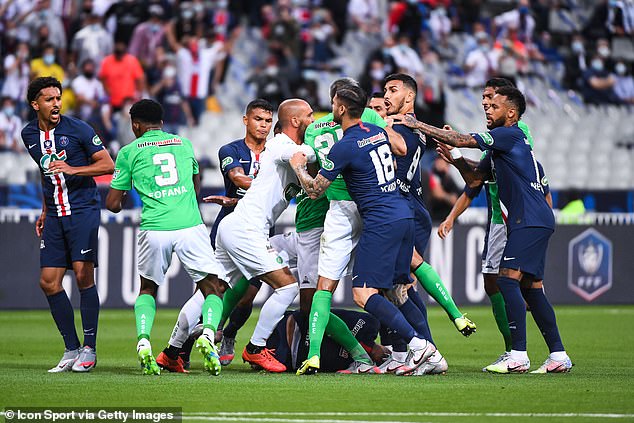 It was hard on Saint-Etienne, which hit the post through striker Denis Bouanga early on. Bouanga had a shot well saved by goalie Keylor Navas later in the first half.

But Moulin also had to make a superb one-handed save to keep out Angel Di Maria’s curling strike.

French President Emmanuel Macron spoke at length with the players before kickoff. A maximum of 5,000 fans were allowed at Stade de France because of coronavirus restrictions, but only 2,805 actually attended.

PSG, which lost last season’s final on penalty kicks, had not played a competitive game since March 11 when it faced Borussia Dortmund in the second leg of the Champions League round of 16.

Saint-Etienne’s previous match was three days earlier in the French league, before it was canceled with 10 rounds remaining on April 30.

Despite having an extra player, PSG hardly threatened in the second half other than a couple of speculative shots well saved by Moulin. 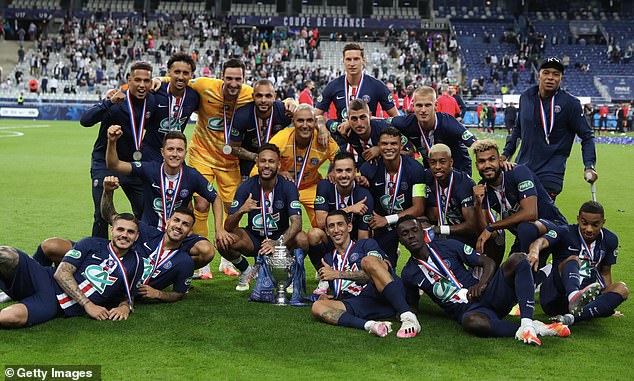 Bizarrely, McIlroy was quizzed on his favoured choice of morning coffee ahead of a best chance of ending a near 12-month winless […] 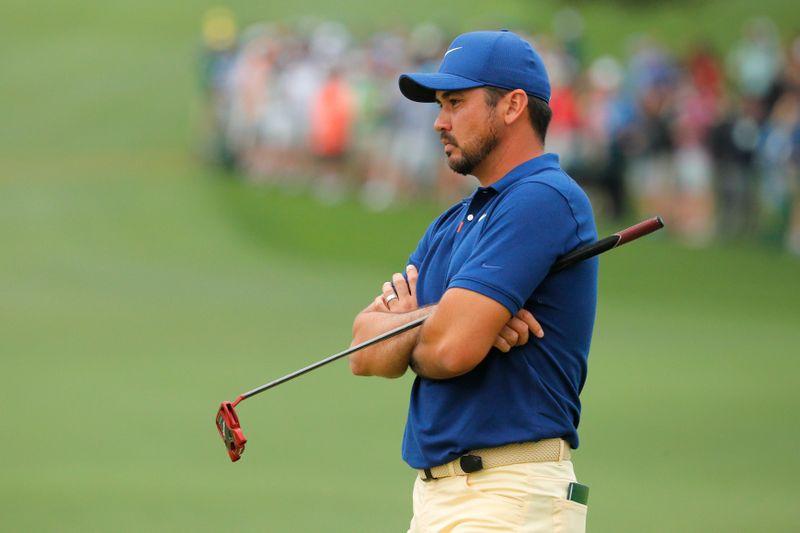 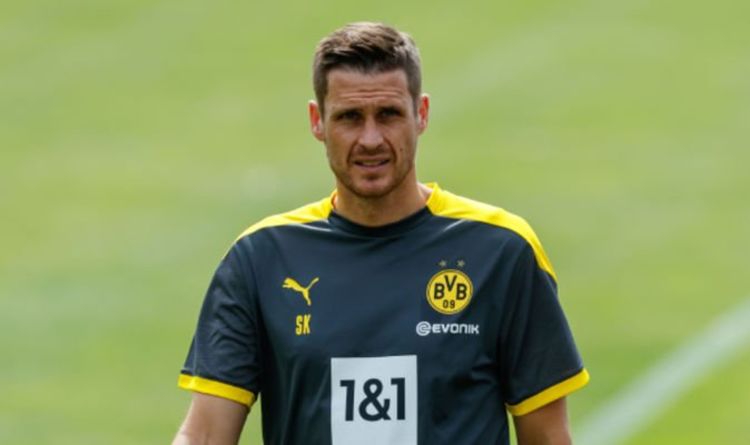