SEOUL, South Korea — When the United Nations imposed its toughest sanctions yet on North Korea in 2017, one of the main targets was squid.

It was one of the country’s top exports, and the Security Council hoped to bring the trade to a halt, as part of the international effort to pressure the North into giving up nuclear weapons.

But squid fishing in North Korean waters has continued on a large scale, a nonprofit group that tracks commercial fishing said Thursday. And the boats bringing in most of the catch are not North Korean, but Chinese — “dark fleets” that defy sanctions enforcement by concealing their locations and identities.

Since the sanctions took effect, Chinese vessels have caught more than half a billion dollars’ worth of squid, says the group, Global Fishing Watch, which advocates for sustainable fishing. That money does not go to North Korea, but the boats pay the North for fishing rights — an arrangement that has been in place for more than 15 years, and which still brings in hard currency for the pariah state, despite the ban.

What is more, the Chinese boats — bigger and better-equipped — have been squeezing North Korean fishermen out of their own waters. That forces them on dangerous voyages to more-distant seas, many of which end in death.

“It is the largest known case of illegal fishing perpetrated by a single industrial fleet operating in another nation’s waters,” said Jaeyoon Park, a senior data scientist at Global Fishing Watch and a lead author of two reports on the subject that the group published Thursday.

A United Nations panel has previously said that Chinese boats were still fishing in the North’s waters, despite the 2017 sanctions — which, besides banning the export of North Korean seafood, coal, iron ore and other resources, specifically prohibit the purchase of fishing rights from the Pyongyang government.

But the Global Fishing Watch reports add considerably to what is known about the Chinese activity, including its connection to the deaths of North Korean fishermen in far-off waters.

Over the past several years, hundreds of small North Korean boats, some so primitive that they used stones for anchors, have washed up on the coasts of Japan and Russia — most empty, but some with hungry survivors aboard, and others containing human remains.

Forty-five such “ghost ships” were found in Japan in 2015, and their numbers have risen dramatically since then. In 2018, 225 North Korean boats were found on Japanese shores. Last year, there were 158. The crews of the boats that turn up empty are believed to have either drowned or been rescued by other North Korean fishermen.

“These incidents often involve starvation and deaths, and many fishing villages on North Korea’s eastern coast have now been coined ‘widows’ villages,’” Global Fishing Watch said in one of its new reports, “Illuminating Dark Fishing Fleets in North Korea,” which was published in the journal Science Advances.

Using satellite technology, and working with researchers from South Korea, Japan, the United States and Australia, Global Fishing Watch determined that more than 900 vessels of Chinese origin had fished in North Korean waters during the 2017 squid season. It counted 700 for 2018. The ships “do not publicly broadcast their locations or appear in public monitoring systems,” the group said.

The Chinese ships were estimated to have caught nearly as much squid in those years as Japan and South Korea combined: more than 160,000 metric tons, worth more than $440 million, the report said.

Fewer squid are now being caught in South Korean and Japanese waters because so many are caught near North Korea before the creatures can migrate south, according to Global Fishing Watch and the South Korean government.

Last year, 800 Chinese vessels in North Korean waters brought in $240 million worth of squid, Global Fishing Watch said. About $560 million worth has been caught by Chinese boats since the United Nations sanctions took effect in September 2017, the group estimated.

“The scale of the fleet involved in this illegal fishing is about one-third the size of China’s entire distant-water fishing fleet,” said Mr. Park, the Global Fishing Watch scientist.

The group did not estimate how much North Korea had been earning from the sale of fishing rights. But the heavy Chinese presence indicates that it remains an important source of illicit income for the North, as the country struggles under the stranglehold of sanctions and the fallout from Covid-19.

A 2016 study by the Korea Maritime Institute, a think tank in South Korea, concluded that Chinese vessels each spent $30,000 to $80,000 for an annual permit to fish in North Korean waters. If the numbers reported by Global Fishing Watch are correct, that would mean tens of millions of dollars per year for the North, if not more.

A more recent estimate came in March, when the United Nations panel studying sanctions compliance said an unidentified member state had reported that North Korea made $120 million in 2018 by selling fishing rights.

The North’s fishing industry has been hobbled for decades by its decrepit fleet and the scarcity of fuel. The country began opening the rich fishing grounds off its east coast to Chinese ships in 2004, choosing to earn foreign currency by selling the rights instead of catching and exporting the squid itself, according to the Korea Maritime Institute report.

For years, squid has been the main catch in the North Korean waters opened to the Chinese, where other fish are less abundant than they once were. The Chinese ships are only given the right to fish for squid, but South Korean officials have said that they bring in other seafood, too.

Even as Chinese boats trawl the North’s waters, its leader, Kim Jong-un, has been urging his people to catch more fish.

State media have often reported Mr. Kim’s visits to fishing towns, where he has been said to marvel at bales of frozen fish stacked like “gold bars” and to claim that “the socialist fragrance of the sea” made his fatigue go away.

“He used to feel like making time to sail out to the sea and fish with the fishermen,” the state-run Korean Central News Agency said in late 2018.

But North Korean fishermen have been unable to compete with the Chinese boats, which are bigger and use more-powerful electric lights to attract squid at night, Daily NK, a Seoul-based website, reported last October, citing an unidentified source on the North’s east coast.

Despite the dangers, many fishermen bribe government officials for permission to make long-distance trips, according to Daily NK. Japan has complained about thousands of North Koreans fishing illegally in its waters, and its Coast Guard has tried to repel them with water cannons.

Squid is popular in South Korea and Japan as well as in China, where North Korean smugglers still bring it in across the border, according to defectors from the North.

The United Nations panel reported cases in which Chinese fishing vessels changed their names, or carried North Korean fishing licenses or flags, to conceal the fact that they were violating the sanctions. China told the panel that while it was committed to enforcing the sanctions, its ability to do so was hampered by such ships’ use of counterfeit identities.

Global Fishing Watch said that although the vessels it identified originated in China and were assumed to be owned and operated by Chinese people, they were likely to be “three no” ships, operating with no legitimate registration, flag or license.

At any rate, their fishing in North Korean waters is “a clear contravention of the core intention” of the 2017 sanctions, Mr. Park said. 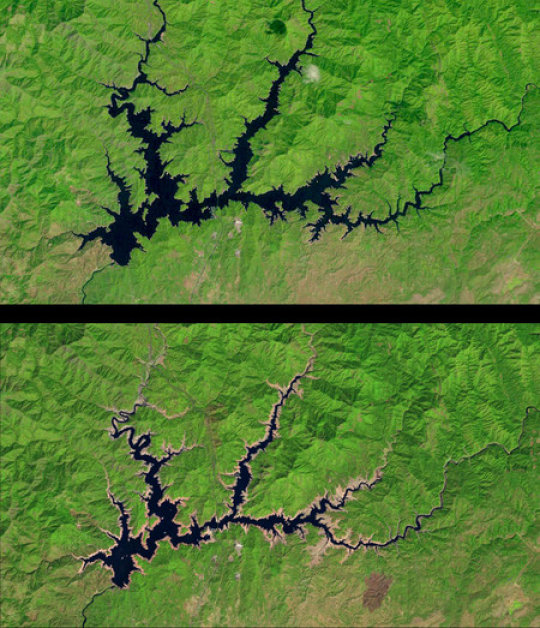 An empirical model of 55 of California’s major reservoirs reveals how they respond to shifting drought conditions and to one another. 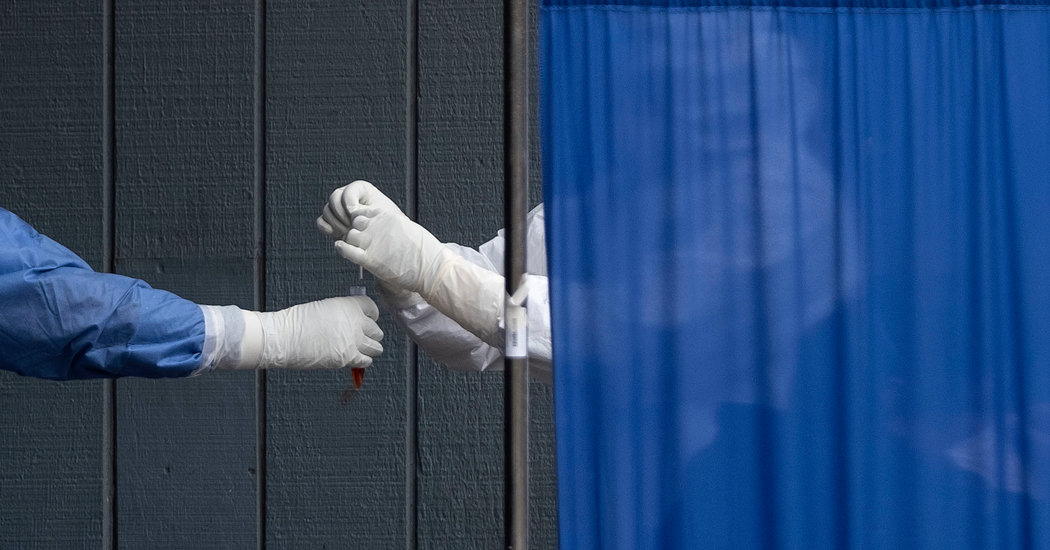 He argues that even if there are plenty of false negatives, if we committed to isolating everyone with a positive test, we […] 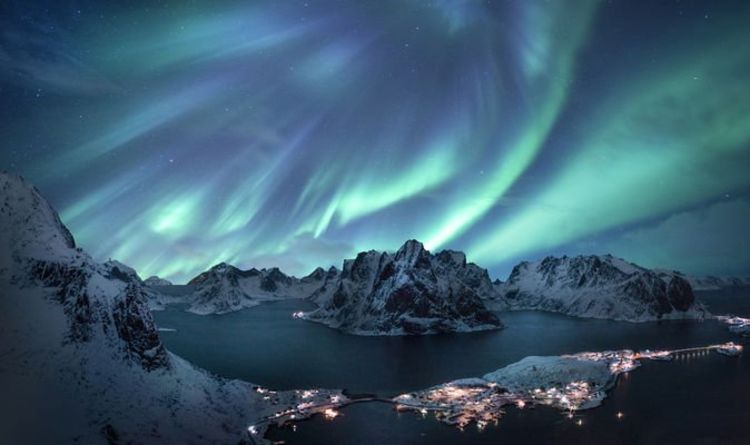 In his ads, Ed Gillespie hit all the same notes as Donald Trump. He argued that his Democratic opponent was soft on […]