(Reuters) – Tesla Inc (TSLA.O) on Wednesday posted a second-quarter profit as cost cuts and strong deliveries helped offset coronavirus-related factory shutdowns, sending its stock up 4.4% in after-hours trading and clearing a hurdle that could lead to the electric carmaker’s inclusion in the S&P 500 index .SPX.

Tesla said it earned net income of $104 million from April to June, or $0.50 per share, marking the first time the company has posted a profit for four straight quarters, a condition for it to be considered for the stock index of the largest U.S. companies. (See graphic: tmsnrt.rs/3hw2RwV)

The performance is a major accomplishment for Chief Executive Elon Musk, whose mission of leading the global auto industry into an electric future has frequently been questioned by investors who doubted Tesla’s viability.

Its shares have gained more than 500% over the past year. Many analysts believe the rally has been fueled in part by expectations of Tesla’s imminent inclusion in the stock index, which would unleash a flood of demand for shares.

Musk said on a conference call on Wednesday that Travis County, Texas, which includes Austin, would be the site of Tesla’s new factory. The area had been competing with Tulsa, Oklahoma, for the new plant, which promises to create at least 5,000 jobs.

Musk said the factory would produce Model 3 and Model Y vehicles for the Eastern United States, as well as a new semi-truck called the Tesla Semi and the carmaker’s futuristic Cybertruck.

“The thing that bugs me most right now is that our cars are not affordable enough, we need to fix that,” Musk said on the call.

Travis County has offered some $65 million in tax rebates to entice the company and Tesla has said it wants to begin building the factory in the third quarter.

Tesla on Wednesday affirmed its goal to deliver at least half a million vehicles by the end of 2020 despite production interruptions, including the shutting of its California factory for nearly six weeks of the quarter on the orders of local authorities.

“While achieving this goal has become more difficult, delivering half a million vehicles in 2020 remains our target,” the company said.

Musk said on Wednesday’s call that the real limitation to Tesla’s growth is battery cell production at an affordable price, and said the company would expand its business with Panasonic Corp (6752.T) and China’s Contemporary Amperex Technology (CATL) (300750.SZ).

Tesla will introduce new low-cost, long-life batteries in its Model 3 sedan in China later this year or early next, Reuters reported previously.

Tesla’s second-quarter revenue fell to $6.04 billion from $6.35 billion a year earlier, but surpassed analyst expectations for revenue of $5.37 billion, according to IBES data from Refinitiv.

Tesla reported $5.18 billion in second-quarter automotive revenue, but its share of income from regulatory credits – payments the company receives from other carmakers to offset emissions – increased to $428 million from $354 million in the first quarter.

That revenue could dry up as more manufacturers develop and sell electric cars, but many rivals are still focused on reaping the high profit margins from fuel-guzzling trucks and SUVs.

“Right now in the EV market, it’s Tesla’s world and everyone else is paying rent, a dynamic shown front and center this quarter,” Dan Ives, a Wedbush analyst, said in a note.

Tesla’s rapid rise to become the world’s most valuable carmaker could mark the start of a new era for the global auto industry, defined by a Silicon Valley approach to software that is overtaking old-school manufacturing know-how.

The company said higher income from those regulatory credits in combination with temporary employee salary cuts during the pandemic and $48 million in deferred revenue from its yet-to-be-released self-driving feature offset the cost of factory shutdowns.

Musk on Tuesday qualified for a payout worth an unprecedented $2.1 billion, his second jackpot since May from the electric car maker following its massive stock surge.

Reporting by Akanksha Rana in Bengaluru and Tina Bellon in New York; Additional reporting by Paul Lienert in Detroit; Editing by Anil D’Silva and Matthew Lewis Since 2017, thousands of Kazakh Muslims have been detained in China’s infamous re-education camps. Survivors who have returned to Kazakhstan, say during […] 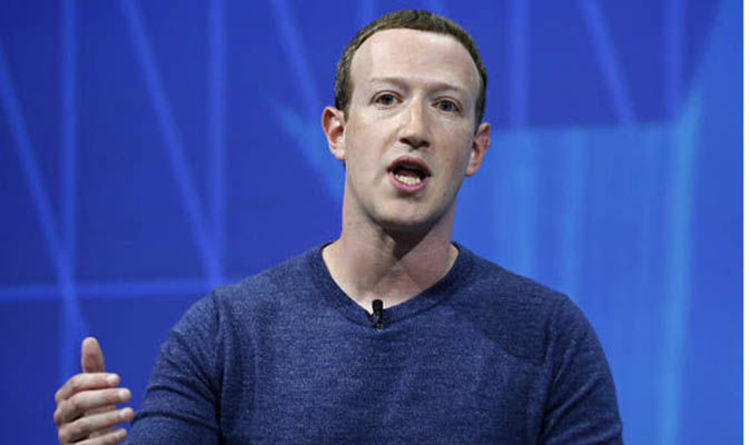 It was accused at the time of allowing itself to be used to incite violence and hatred against the Rohingyas. The report […]

(Reuters) – A Catholic school in Kentucky condemned a group of its students, many of whom wore “Make America Great Again” hats, […]