California scientists are paving the way to extending human life span after discovering the cellular command center for aging, according to a new study.

By studying yeast, the University of California, San Diego (UCSD) scientists discovered that cells take one of two paths as they age.

One of the two paths leads to healthy aging, while cells that go the other route decline much more quickly as their machinery stutters and churns out broken proteins.

And the scientists found the molecular ‘switchboard’ that determines which fate cells will have.

With this newly found information, the team made a computer model for cellular aging – and found DNA tweaks that could make yeast cells live about twice as long, thus extending the organism’s lifespan.

They plan to soon begin testing chemical ‘cocktails’ in more complex organisms and, eventually, in humans, in an effort to stretch longevity. 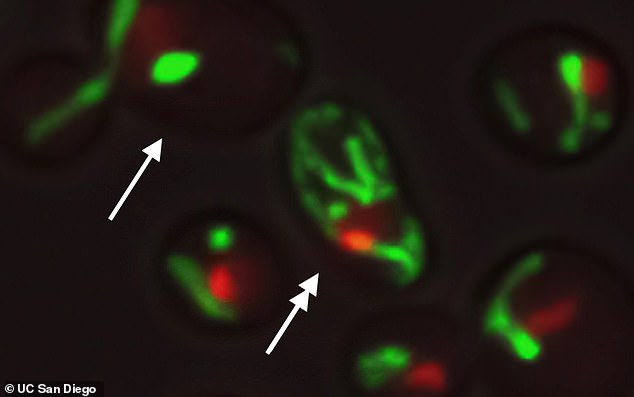 The UC San Diego scientists discovered that about half of yeast cells age as a matter of growing instability in the central part of the cell known as the nucleolus (red) becomes less stable while others age with growing dysfunction in the cells’ energy center, the mitochondria (green). They engineered yeast cells to age along a whole new pathway, extending life

Yeast may seem a far cry from human longevity, but the scientists say their model could pave the way to gene therapies or other drug treatments to reprogram the cellular master circuit and extend human life some day.

The aging of the entire, complex human body is a result of the cumulative aging of all of its composite cells.

Much like organisms lose their ability to reproduce healthy offspring with age, the machinery that makes cells work and be able to replicate themselves degrades over time.

And just as some humans and animals far outlive others of their species, cells can age at dramatically different rates.

In part, cellular and macro-level aging are determined by the environment and changeable factors like diet and how that affects the nutrients that provide energy to cells.

But the UCSD team discovered that these environmental differences alone do not determine the fates of cells in the budding yeast. In fact, when they put the cells in a completely neutral lab environment, they still went one of two aging pathways.

Their study revealed that a ‘circuit’ made up of the interaction between two proteins, called SIR2 and HAP, that determined which aging pathway a cell would take.

If the interaction determined the circuld would flip one way, the cell DNA would stay relatively stable as it aged, and flipped the other way, the mitochondria – cellular powerhouses – would dysfunction.

Researchers had already discovered these two proteins, their involvement in the aging process, and chemicals that can be used to manipulate them.

In fact, we already know that the same proteins are found in humans, and also play a role in how we age. They’re particularly important to the aging of skin and stem cells.

So the UCSD created a computer model of how these proteins might be altered to change their interaction and ‘reprogram’ the molecular circuit.

Not only were they able to tweak DNA to eliminate the faster-aging pathway, they were able to program an entirely new way of aging into the model.

‘In this new aging mode, amazingly, throughout the entire lifespan, the cell cycle remains normal, meaning it’s the same as for a young cell,’ explained senior study author Dr Nan Hao, in an interview with DailyMail.com.

Typically, as an organism ages, its cells become less healthy, and they duration of the cells’ lifespans – the time from inception to the reproductive phase, to death – gets shorter and shorter.

But that didn’t happen to their re-engineered cells. The modified cells did ultimately die, but the lifespan of each remained constant.

‘The cells were very, very healthy throughout their lifespan,’ said Dr Hao.

That could prove important down the line, as it suggests the DNA changes that extend the cell’s lifespan don’t come at the cost of other elements of its health.

All told, the new aging pathway led cells to live twice as long as a typical yeast cell.

The next step in that direction will be to make sure that the same circuit he and his team found in yeast cells is at play in human cells.

That’s the easy part, he says, and scientists could have an answer in the next couple of years.

If that proves to be true, the next step will be to test chemical and DNA modifications in larger animals and, eventually, humans, to see if these can safely extend the lifespans of cells and the organisms they compose.

‘The science part, in several years, we’ll have an answer, but for the real application part, to do it safe safely, it will take a long time,’ said Dr Hao.

‘But I think that’s good, it’s good to be safe, and find out what the side effects are, because aging is related to so many other processes and we have to make sure by extending life, we’re not causing other diseases, like cancer.’ 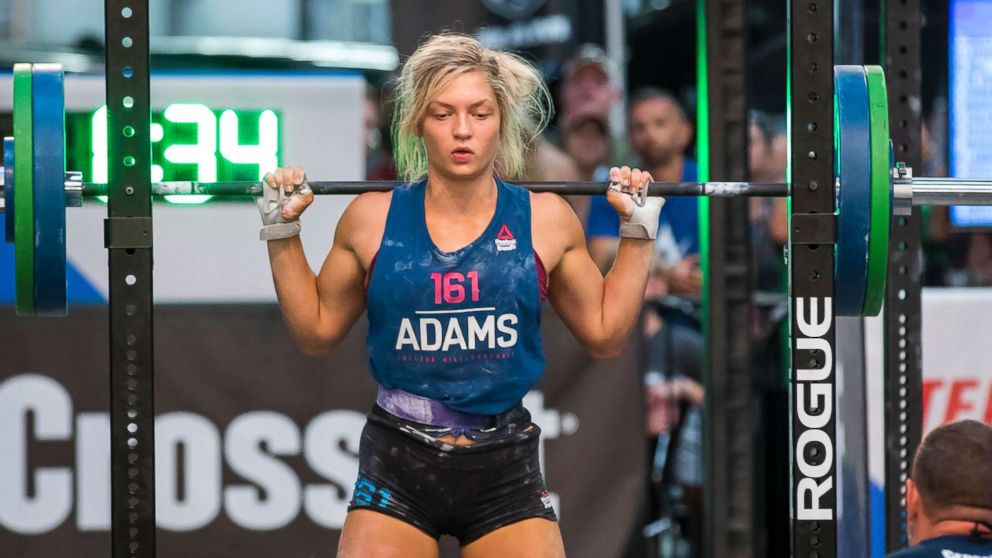 This story originally appeared on espnW.com. This past August, in Madison, Wisconsin, 17-year-old Haley Adams stepped up to a barbell that weighed […] 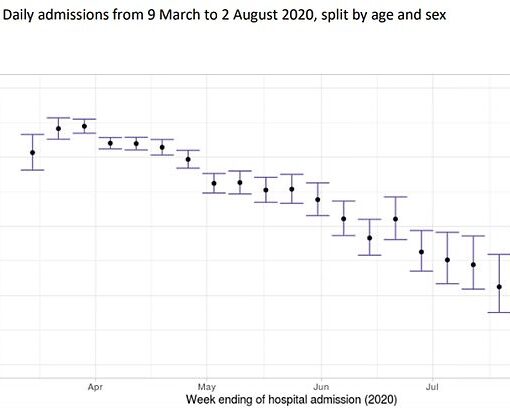 The risk of dying from Covid-19 in British hospitals has halved since the peak of the crisis in spring, according to research […] 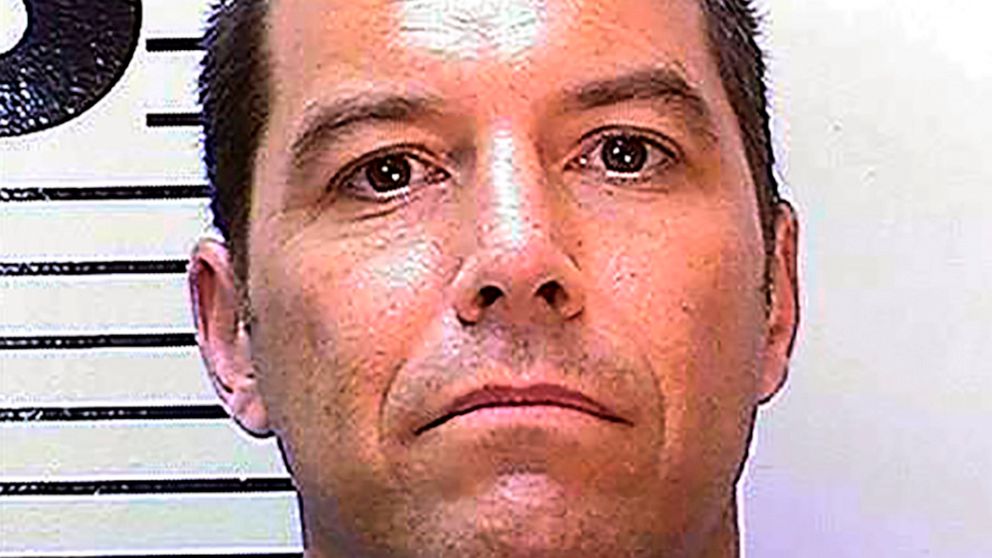