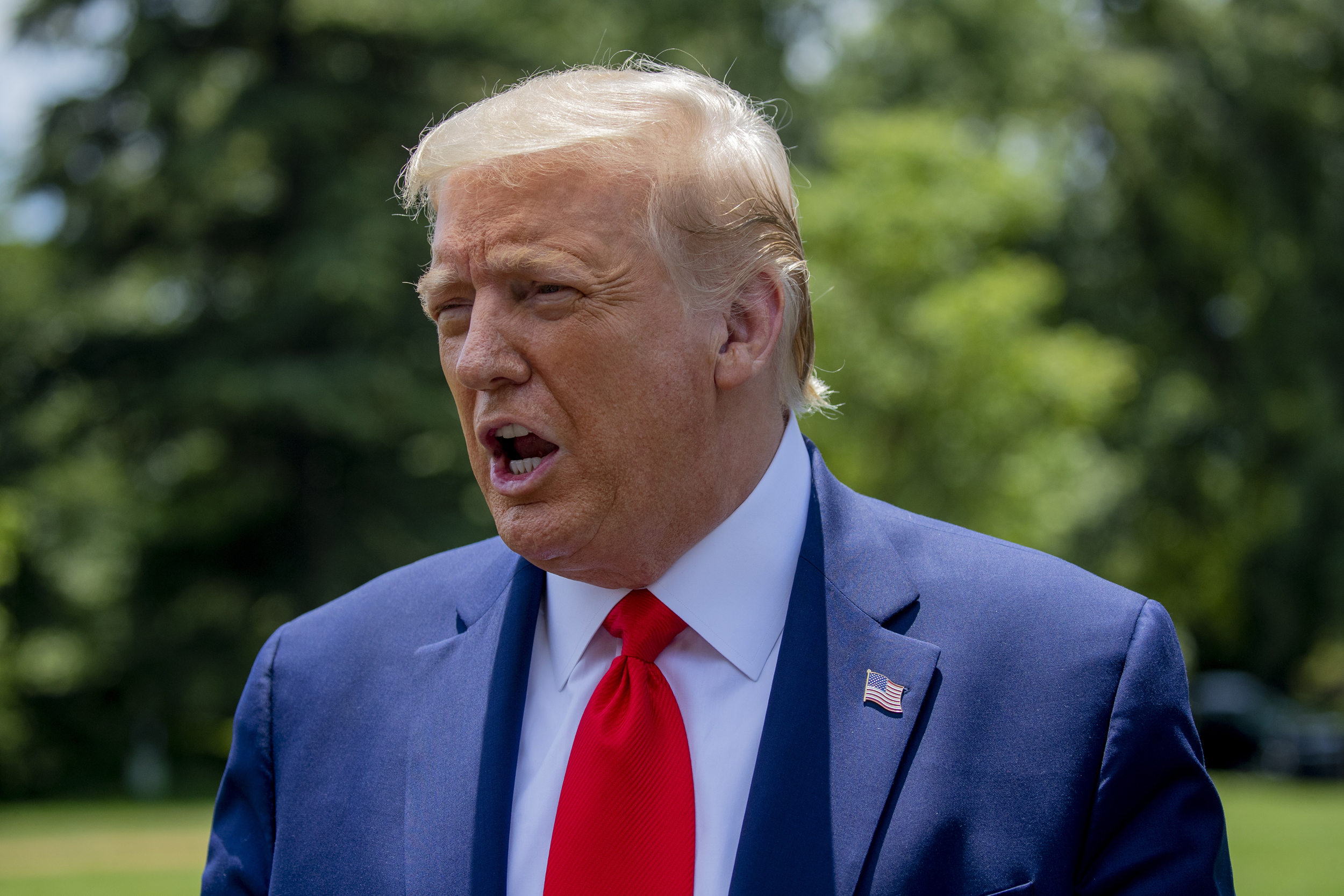 President Donald Trump on Sunday defended his past misstatements on the coronavirus, saying that he ‘will be right eventually,’ in a contentious and freewheeling interview with Fox News’ Chris Wallace.

Wallace went through a number of Trump’s early statements on the coronavirus, including his January remark that the virus amounted to “one person coming in from China, and we have it under control” and his comment in that February that the number of cases would soon be “close to zero.” Wallace also mentioned Trump’s insistence earlier this month that “at some point [the virus is] going to sort of disappear.”

“I will be right eventually,” Trump responded when presented with his comments. “You know I said, It’s going to disappear.’ I’ll say it again.”

Asked if being wrong before discredits him, Trump said, “It’s going to disappear and I’ll be right. I don’t think so.”

He added, “You know why? Because I’ve been right probably more than anybody else.”

Coronavirus cases having spiked throughout the country in recent weeks, reporting a record number of new cases as well as jumps in hospitalizations. Trump downplayed the increases as “embers,” though he acknowledged that Florida has become “more flame-like” and that we are seeing “somewhat of a surge in certain areas.”

The president then claimed without evidence that many of the cases “are young people that would heal in a day” and that “they have the sniffles … many of those cases shouldn’t even be cases.” The president repeated his longstanding frustration with the higher levels of testing, saying, “in a way we’re creating trouble.”

Trump also again threatened to withhold funding from schools if they did not fully open in the fall and said he would consider not signing the next coronavirus relief measure if it does not include a payroll tax cut.

On masks, Trump said he wants “people to have a certain freedom” and that “masks cause problems too,” though it was unclear to what exactly he was referring. Public health experts have said wearing masks in public is one of the best tools people have to cut down on transmission of the virus.

Dr. Francis Collins, the director of the National Institutes of Health, told NBC’s “Meet the Press” on Sunday that he does not believe masks are “optional for people who want to protect themselves and people around them.”

Trump’s exchanges with Wallace on coronavirus were only the tip of the iceberg in the lengthy interview, which featured a number of eyebrow-raising moments.

The president then got into a lengthy exchange with Wallace over his recent claim that he “aced” a cognitive test. After Trump challenged former Vice President Joe Biden, the presumptive 2020 Democratic presidential nominee, to take such an exam, Wallace said he recently took the same exam as Trump and found it to be quite easy.

“They have a picture and it says ‘what’s that’ and it’s an elephant,” Wallace said.

Trump pushed back, saying that was “all misrepresentation.”

Asked about a recent book authored by his niece, Mary Trump, the president said “she was not exactly a family favorite,” saying, “she ought to be ashamed of herself. That book is a lie.”

The interview also touched on the upcoming presidential election. Asked what would happen if he loses to former Vice President Joe Biden, Trump said he’s “not a good loser” and that he would “have to see” before accepting a potential loss.

The president also criticized both Wallace and Fox News, saying he’s “not a big fan of Fox, I’ll be honest with you, they’ve changed a lot,” also hitting Wallace for his interviews with Democrats.

“Let Biden sit through an interview like this,” Trump said, “he’ll be on the ground crying for Mommy.”

Six months into the pandemic, this 128-year old shoe store is still standing

Archaeologists are digging for one of America's first Black churches

It’s (Nearly) Fall: Which Plants Can You Bring Inside?