Receiving death threats from Shiite militias was no surprise to Iraqi security analyst Hisham al-Hashemi, who had long warned of the danger such armed groups posed to rebuilding the Iraqi state after years of war.

But Mr. Hashemi – gunned down on July 6 in front of his Baghdad house – could hardly have predicted his own assassination would become a key episode in the escalating battle between a new Iraqi prime minister and the defiant Iran-backed militias like Kata’ib Hezbollah that reject government control.

“That’s what they want for Iraq, they want an Iraq without a state,” Mr. Hashemi’s friend and colleague Sarmad al-Bayati told Al Jazeera during the funeral march. “We are a country without a state, and this is the victim.”

Once seen as heroes in Iraq for their role in helping defeat Islamic State militants from 2014 to 2018, the Shiite militias were one target of months of nationwide protests that began last October against corruption, lawlessness, and ties to Iran, and led to the formation of a new government.

Analysts say the escalating fight against the militias’ influence – the stakes made all the higher by Mr. Hashemi’s killing – has become an inflection point for the Iraqi state, likely to shape the future quality of governance and sovereignty.

And the picture that is emerging so far, analysts suggest, is a sobering one for the new government in Baghdad. As politically popular as its campaign against the Shiite militias is, it has so far been unable to dent their power.

The attack on Mr. Hashemi, says Belkis Wille, senior crisis and conflict researcher and Iraq specialist at Human Rights Watch, “shows that these groups are absolutely convinced that there won’t ever be a price to be paid or accountability.”

Known collectively as the Popular Mobilization Forces (PMF), the Iran-backed elements among them were widely blamed for spearheading violent crackdowns on the protests that left more than 500 dead.

Under pressure from the street, former Prime Minister Adil Abdul-Mahdi stepped down in November and his successor, Mustafa al-Kadhimi, a former head of intelligence, was sworn in on May 7. He vowed to tackle rogue militias and restore the “prestige of the state.”

Mr. Hashemi, a jocular and generous expert on militant groups such as the Sunni Islamic State and Shiite militias, and a father of four, advised and informed Iraqi leaders in equal measure, repeatedly warning of the home-grown danger.

“They became like the gods of the temple, and see themselves as sacred people” who were enabled by Iran, became corrupt, and who “mistreated” ordinary Iraqis, Mr. Hashemi told The Christian Science Monitor last December, for example.

His views made him a high-value target, analysts now say.

“This is a calculated attack to send a message to the prime minister,” says Renad Mansour, an Iraq expert at the Chatham House think tank in London, who often worked with Mr. Hashemi.

“This is not killing an activist, this is killing a political actor … closely connected to the president, the prime minister, to senior elements of the state,” says Mr. Mansour. “This is not following a protester back home and gunning them down because they made you angry.”

“The fact that [militias] are resorting to this type of violence … shows they feel threatened,” says Mr. Mansour.

Contributing to that perception he says, are the government efforts to rein in the militias and a sharp reduction in cash for Iran-backed groups flowing from Tehran, as U.S. sanctions and low oil prices throttle Iran’s economy.

Indeed, top of the prime minister’s target list has been Kata’ib Hezbollah, which Washington has targeted with strikes, accusing it of mounting multiple attacks against U.S. forces in Iraq, as well as storming the U.S. Embassy last December.

Its leader, Abu Mahdi al-Muhandis – regarded as the PMF commander most capable of bringing all Shiite groups under one roof – was killed in a U.S. drone strike in Baghdad along with Iranian Lt. Gen. Qassem Soleimani.

The early January attack ignited a blaze of anti-U.S. sentiment in Iraq, and rocket attacks on U.S. and NATO forces and embassies have continued. But so has the internal Iraqi strife.

Mr. Kadhimi – whose candidacy was opposed by Kata’ib Hezbollah – has shaken up his top security ministers and officials, and on June 26 took the unprecedented step of ordering the Iraqi counterterrorism unit to arrest 14 militia members, citing an attack plot.

Shortly after the raid, Mr. Hashemi tweeted his support, saying it had “given the necessary message to the security forces and the judiciary to allow them to overcome the barrier of fear made by these armed groups.”

Yet, tellingly, all but one of the Kata’ib Hezbollah men were freed within days after a militia show of force: a heavily armed 30-vehicle column that rolled around the fortified Green Zone demanding their release. When freed, the militants burned U.S. flags and trampled on portraits of the prime minister.

Qais al-Khazali, head of another Iran-backed militia, warned the prime minister that he “could never” curb attacks against U.S. forces in Iraq by “resistance factions” like his.

Mr. Kadhimi could “lose everything” if he tried, said the militia chief, noting that no previous Iraqi government had attempted such action. “Instead, they were all ignoring this issue because they knew they couldn’t touch it,” boasted Mr. Khazali.

But striking at Shiite militias is popular politics for a prime minister tied to no political party, whose leadership is a result of widespread protests that called for change – including imposing state control over rogue militias and ending Iranian influence in Iraq.

“One thing we’ve seen consistently is popular sentiment toward the [PMF] has declined,” while the raid on Kata’ib Hezbollah was “extremely popular,” says an Iraqi government adviser in Baghdad who asked not to be named.

Despite the setbacks, the adviser voiced confidence that Mr. Kadhimi had a winning strategy, noting that new appointments, from the ministers of defense and interior, to counterterror and police force chiefs, are based on his experience leading Iraqi intelligence for four years.

“We are seeing some positive changes, but it will take time for those changes to be felt. He’s playing the long game,” says the adviser.

Since the last major battles against the Islamic State in Mosul in 2018, the dozens of PMF brigades were meant to have been integrated into the Iraqi military and receive salaries from government coffers.

But some, often those with the closest ties to Iran, have eschewed Baghdad’s control. They instead exert influence on the ground and have learned to finance themselves by skimming money at checkpoints, border posts and ports, and even oil fields.

“What I think we are watching – and have been watching for the last couple years – is this level of autonomy and empowerment of these groups … at the very local level,” says Ms. Wille at Human Rights Watch.

She points to PMF influence especially in Iraq’s eastern Diyala province, areas around Kirkuk, and in the south of the country.

“From every account that I have, the PMF, in their view, are becoming stronger and stronger, to the point that they are becoming in many areas the sole security apparatus that is functional,” says Ms. Wille.

Even in Baghdad, the release of the Kata’ib Hezbollah detainees, coupled with the murder of Mr. Hashemi, “paints the picture that the prime minister tried to draw a line in the sand,” but was met with defiance, she says.

Indeed, even inside the Green Zone – the heart of the Iraqi government – Kata’ib Hezbollah and other militias occupy 22 buildings and field from 2,000 to 5,000 armed men, making both the prime minister’s headquarters and Republican Palace “unsafe” for officials, according to an analysis this week by Michael Knights and Alex Almeida for the Washington Institute for Near East Policy.

That reality will make the task of exerting control even more difficult.

To play Latino characters who just happen to be Latino — without the plot resorting to Hispanic stereotypes — is rare, says […] 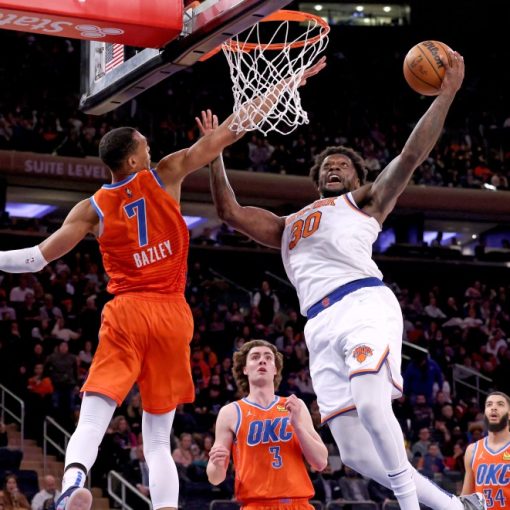 The Knicks returned home on Monday night, fresh off a rough road trip but welcomed by the prospect of a soft landing. […] 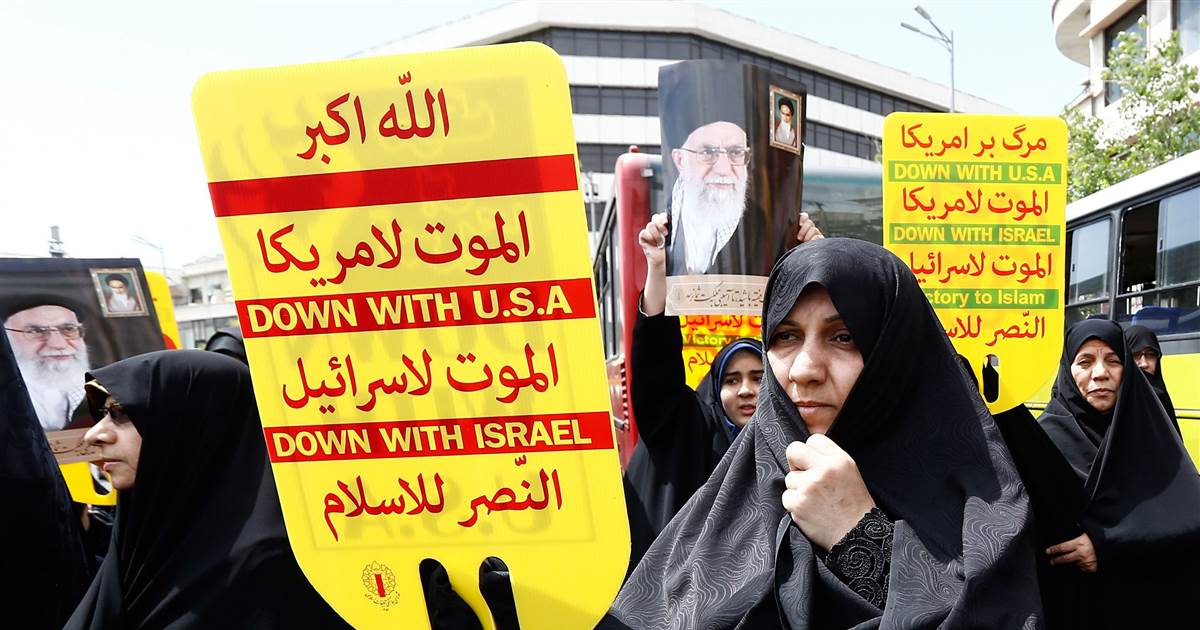 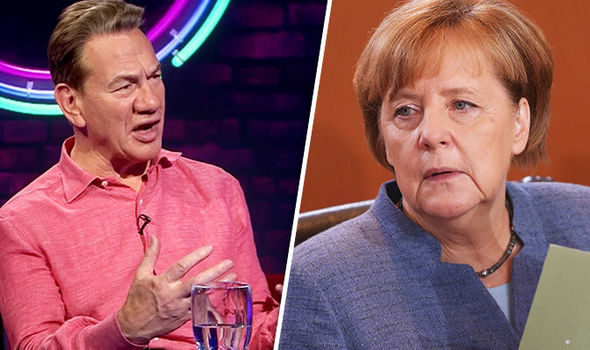