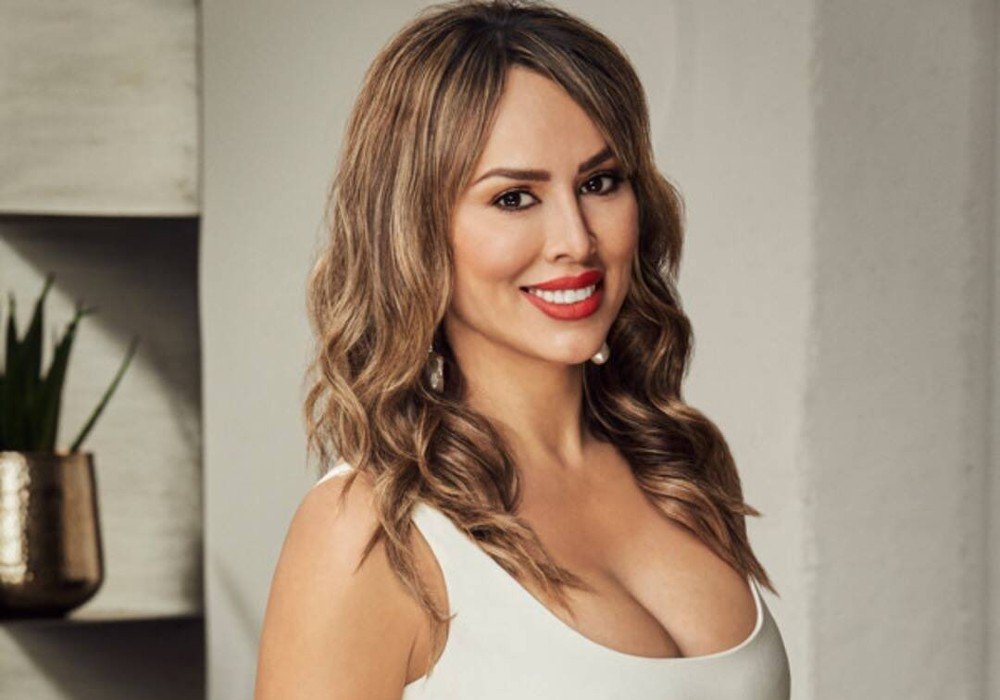 Real Housewives of Orange County star Kelly Dodd has really enjoyed the month of July, so far. On July 2, Dodd revealed in an Instagram post that her fiance – Fox News reporter Rick Leventhal – was packing up his New York apartment and moving to Orange County to begin his new life with Dodd.

The Bravolebrity also noted in the post that Leventhal was saying goodbye to New York City exactly one year to the day that they met.

“One year ago to this day.. I met @rickleventhal the love of my life ❤️❤️,” wrote Dodd in the caption. “He’s saying good by [sic] to his NYC apt (let’s pray he sells it)packing up and starting a new life with me here in California officially..I’m so excited for our future together !! Bye bye NYC! 🎉🎊🎈❤️”

Two days later, Dodd posted pics from a 4th of July get together with friends at a beach house in Southern California. In the caption of that post, Dodd wished her fans a “Happy 4th,” and she added that Leventhal was “loving California.”

In the comments section, Real Housewives of New York star Ramona Singer – who introduced Dodd and Leventhal last summer – replied to Dodd by writing: “Of course he does, he’s with you!”

Then, on July 6, Dodd posted a pic of a bouquet of “beautiful flowers” that Leventhal had sent her to celebrate their first anniversary.

Despite Dodd’s recent happy posts, she has still found herself in the middle of controversy during the COVID-19 pandemic because she has shared some unpopular opinions. On Thursday, it happened once again when Dodd reposted a list of things that have happened so far in 2020.

The post pointed out that this year has featured WW3 Scares, Kobe & Gigi’s death, Australia burning, UFO sightings, a global pandemic, all sports cancelled, riots across the US, parallel universe, anonymous returned, murder hornets, and Kanye West is running for President. And, it’s only July.

With all of the craziness that has happened so far this year, Dodd’s list left out a lot of things that many fans thought she shouldn’t. And, they let her know all about it in the comments section.

“Glee star Naya Rivera is missing! Don’t forget her!” wrote one fan. “Naya Rivera is gone, Kelly. You left her off your little list,” added another. “How you going to add Kobe and Gigi but leave all the other deaths off?” asked a third follower.

Other fans noted that Kelly Dodd mentioned the riots, but didn’t include the Black Lives Matter movement. However, many fans defended Dodd and pointed out that she didn’t write the list. Instead, it was just something she reposted to show how insane 2020 has been so far.

Debra Messing: I Was 'Too Skinny' on ‘Will & Grace’