About 3,000 years ago, people on the eastern edge of Asia began sailing east, crossing thousands of miles of ocean to reach uninhabited islands. Their descendants, some 2,000 years later, invented the double-hulled canoe to travel even farther east, reaching places like Hawaii and Rapa Nui.

Archaeologists and anthropologists have long debated: Just how far did the Polynesians’ canoes take them? Did they make it all the way to the Americas?

The results of a new study suggest that they did. Today, people on Rapa Nui, also known as Easter Island, and four other Polynesian islands carry small amounts of DNA inherited from people who lived in Colombia about 800 years ago. One explanation: Polynesians came to South America, and then took South Americans onto their boats to voyage back out to sea.

This new report bolsters work that archaeologists and anthropologists have been doing for years. Previous genetic studies had also hinted that people on Rapa Nui had some ancient South American ancestry. But the new study offers a more compelling case because the researchers looked at more than 800 people using a number of sophisticated new statistical tools.

“This is the most convincing evidence I’ve seen,” said Lars Fehren-Schmitz, an anthropological geneticist at the University of California, Santa Cruz, who was not involved in the study.

The new study emerged from a decade-long project to create a map of the genetic diversity in modern Latin Americans. After Asians crossed the Bering Land Bridge 16,000 years ago, they spread across the Americas, reaching the southern tip of South America by 14,000 years ago.

Since then, the populations of Latin America have gained unique genetic mutations, which have gotten mixed as they interbred. When European colonists brought African slaves to the region, the genetic landscape of Latin America changed yet again.

Andrés Moreno Estrada, a geneticist, and his wife, Karla Sandoval, an anthropologist, have worked with Indigenous populations in Latin America to understand their genetic make-up. Because most genetic studies are based on people of European ancestry, variants that could be medically important to other populations are often overlooked.

Last year, for example, Dr. Estrada, Dr. Sandoval and their colleagues published a study on asthma. They discovered mutations in a gene that put certain groups of Latin Americans at greater risk of developing the disease.

In 2013, Dr. Estrada and Dr. Sandoval started collaborating with Chilean scientists to study Rapa Nui. The island, which lies more than 2,100 miles west of Chile, was annexed by the country in 1888.

Dr. Estrada and Dr. Sandoval traveled to Rapa Nui and met with residents to describe their project. Eighty islanders eventually joined the research, curious to learn about their ancestry.

“They were interested to know if they really belonged to the Polynesian islands,” said Dr. Sandoval, who now works with Dr. Estrada at the National Laboratory of Genomics for Biodiversity in Irapuato, Mexico.

In an earlier study on Rapa Nui, led by Anna-Sapfo Malaspinas of the University of Lausanne, researchers analyzed DNA from 27 islanders. They found evidence that the participants had a mixture of Polynesian and Native American ancestry.

Some of their Native American DNA appeared to have been inherited by recent immigrants from Chile. But other pieces were different, suggesting they originated from Native Americans many generations earlier.

To test that finding, Dr. Estrada, Dr. Sandoval and their colleagues compared the DNA of 809 people from Rapa Nui and other Polynesian islands, as well as in countries along the Pacific coast from Mexico to Chile.

The researchers found that most of the people on Rapa Nui had some recent Chilean forebears. From them, they inherited both Native American and European DNA.

But six people had no European ancestry at all. Their Native American ancestry had a different source: the Zenu population of Colombia. The scientists then found some of the same pieces of DNA in people on four other islands in eastern Polynesia.

“When I first saw that, I thought there was something going wrong and we needed to fix what we were doing,” said Alexander Ioannidis, a postdoctoral researcher at Stanford University and a co-author of the study. “So then we dove in deeper. It took awhile to really realize that this was real.”

The researchers were then able to estimate how long ago these Native American ancestors lived by measuring the size of the DNA fragments. Stretches of shared DNA get smaller with each passing generation.

The researchers found that all of the Zenu-like stretches of DNA in the Polynesians were roughly the same size. They estimated that they came from Zenu relatives who lived about eight centuries ago.

“It’s quite amazing that they can come up with this evidence for contact between these populations,” Dr. Malaspinas said.

Lisa Matisoo-Smith, a biological anthropologist at the University of Otago in New Zealand who was not involved in the new study, cautioned that the history of Polynesia is so complex that the new results might not reflect it accurately.

Dr. Matisoo-Smith said the study would have been stronger had the researchers compared the Polynesians with other populations, such as people in mainland China. That would help rule out the possibility that what looks like Native American ancestry in Polynesia is actually just DNA inherited from the common ancestors of the two groups in Asia.

If the research holds up to further scrutiny, many experts said the best explanation would be that Polynesians came to South America and then took South Americans onto their boats to voyage back out to sea.

Dr. Malaspinas said that since Polynesians had already traveled so far across the Pacific, there was no reason to think they couldn’t go to South America. “This last step would have been easy for them,” she said.

Patrick Kirch, a University of Hawaii archaeologist, said that this scenario fit with other lines of evidence, including the food that Polynesians eat.

One important staple across Polynesia is the sweet potato, which originated in South America. Dr. Kirch and his colleagues have found remains of sweet potatoes centuries before Europeans arrived in the Pacific.

But the authors of the new paper emphasize another possibility: South Americans traveled on their own to a Polynesian island, where Polynesians sailing from the east encountered them.

Dr. Estrada argued the South Equatorial Current could easily carry boats away from the Pacific Coast of Colombia.

“It happens today,” he said. “We have many stories of fishermen in Mexico who have to get rescued by Japanese fishing boats.”

In their paper, Dr. Estrada and his colleagues draw parallels between this scenario and the claims of Thor Heyerdahl, the Norwegian explorer who sailed on a raft in 1947 from South America to Polynesia. Mr. Heyerdahl championed the idea that Polynesia was settled by South Americans.

In an email, Haunani Kane, a postdoctoral research fellow at the University of Hawaii, criticized the scientists for championing such “outdated” ideas.

Dr. Kane has sailed thousands of miles in double-hulled canoes as the scientific coordinator of the Polynesian Navigation Society. She took issue with “the author’s assumption of the capabilities or lack thereof, of Pacific Island peoples to purposely migrate across the Pacific.”

Dr. Kirch also dismissed the castaway scenario. If South Americans wound up on the Marquesas Islands, they would have brought some things with them that archaeologists could have later uncovered. “There’s no evidence of that,” he said.

One way to settle this dispute might be to find DNA in the earliest human remains on islands in eastern Polynesia. A child of Polynesian and South American parents would have a clear genetic signature.

Ancient DNA from South America might help, too. Dr. Fehren-Schmitz has looked for Polynesian DNA in the ancient human remains in the Andes he has studied. “But I’ve never seen any trace,” he said.

It’s possible, Dr. Fehren-Schmitz said, that other places in South America would be better to look for lost Polynesians. It’s conceivable, for example, that some Polynesians who reached South America may have opted to live on the islands just off the coast.

One such place is Mocha Island, just off the coast of Chile. In 2010, Dr. Matisoo-Smith and Jose-Miguel Ramirez of the University of Valparaíso published a study on skulls that were unearthed on the island.

The skulls, she said, “looked very Polynesian in shape and form.” 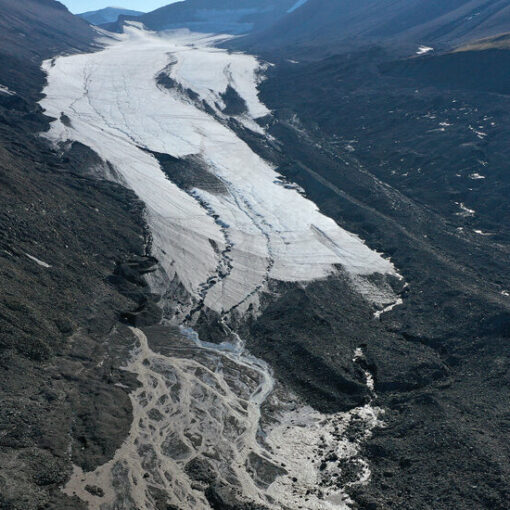 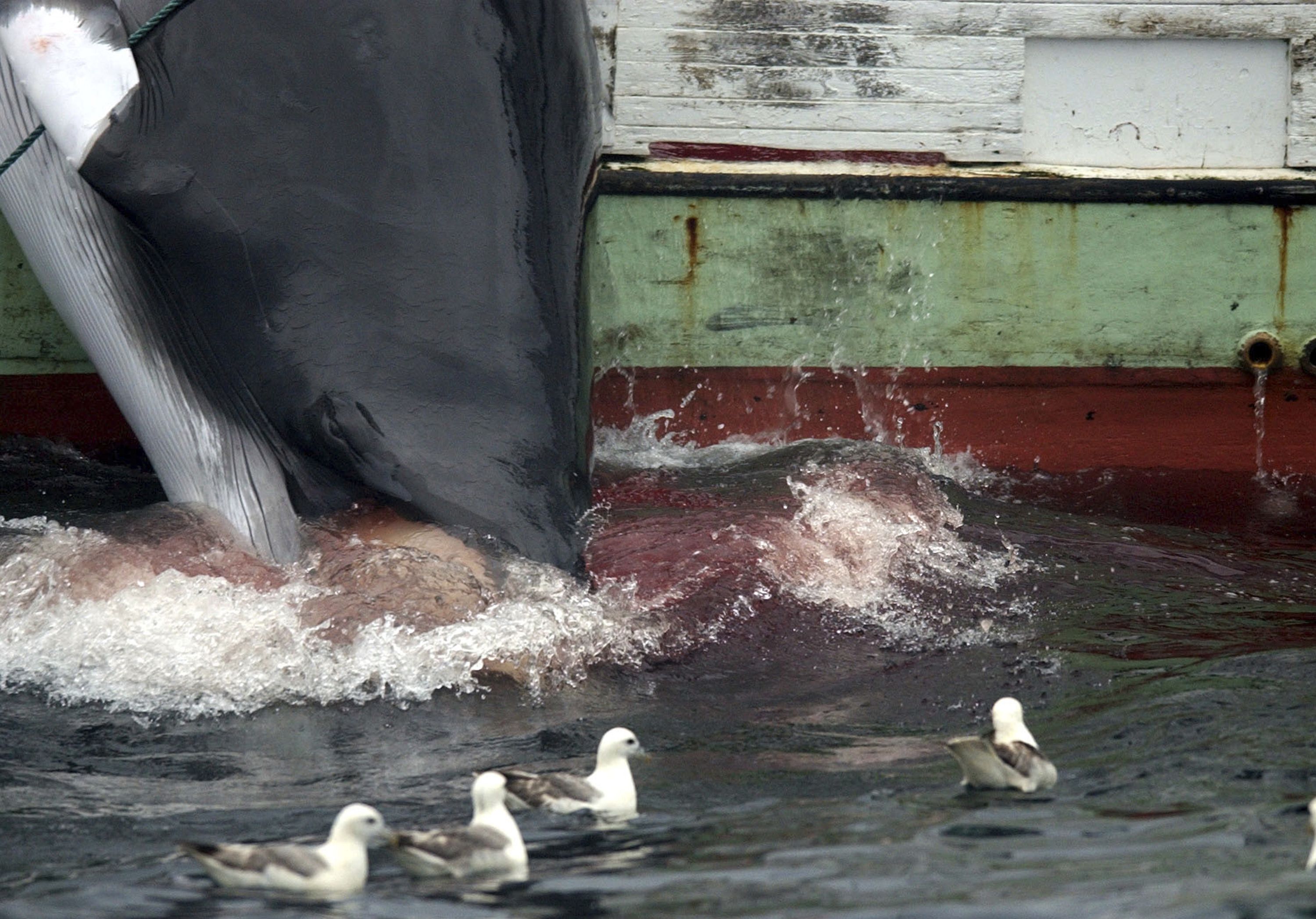 REYKJAVIK, Iceland (AP) — Iceland’s whaling industry will be allowed to keep hunting whales for at least another five years, killing up […]

Our regular column sorting the week’s supernovae from the absolute zeros source: newscientist.com 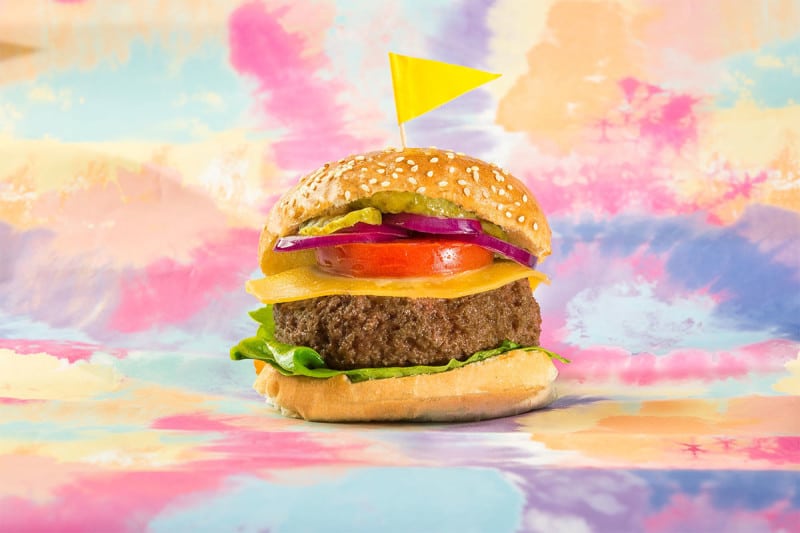 Cattle ranchers in the US say beef must come from a slaughtered cow and not cells grown in a lab. The battle […]