Kulkarni had an active social life but, after several years of being single, the 68-year-old divorcee felt she needed someone at home.

“As evening fell, I’d get worried about my health and being alone at home and my safety,” said the former insurance agent.

So, she joined Happy Seniors dating agency and began meeting Yardi, also 68, for nights out to the theater and cinema. Ten months later, they’re living together.

Kulkarni and Yardi’s romance might not seem odd in many countries, but in India late-life relationships are generally frowned upon by a society that places a high value on marriage and disapproves of cohabitation outside wedlock.

While there is no particular law regarding the status of live-in relationships in India, in 2015 India’s Supreme Court ruled that living together out of wedlock was an acceptable custom in Indian society.

But the social stigma remains and, in some cases, is perpetuated by adult children who fear their parents will be ostracized by their communities, and worry over complicating inheritance issues.

And while seniors dating agencies are making matches, some say it’s still difficult to sign people up, especially women — even when they’re offered financial incentives.

A partner for life

This generation of elderly Indians grew up in a time when marriage was for life. Many married young to partners chosen by their parents and were expected to fulfill the duties of a traditional wife and husband — she managed the family, he earned the money.

In traditional Indian society, older people have always occupied a position of reverence. They, in turn, are expected to lead a life that’s centered around spirituality and family — often helping to care for grandchildren, for example. Dating or finding a partner in later life, after a spouse has passed away, isn’t the cultural norm.

But times are changing. Adult children in urban India no longer automatically invite their parents to live with them, leaving many without a support network they may have expected when they were younger.

There is no shortage of older, single Indians. According to the 2011 Census data, almost 15 million elderly Indians live alone and three-quarters of them are women. There are signs that some are interested in recoupling.

In 2012, Madhav Damle, an-ex publisher in the Indian city of Pune, Maharashtra, conducted a survey of 400 senior citizens in that city about their attitudes towards finding a companion. More than 70% of respondents thought live-in relationships were an ideal solution for lonely senior citizens looking for companionship.

Saroj Ghatani, a 52-year-old widow from Pune, has been seeking a partner to live with for the past year. Her children don’t like the idea, but she’s prepared to go against their wishes.

“They feel at 50 I have lived my life and shouldn’t really think of finding a partner,” she said, adding that her children worry she may not be available to help raise her grandchildren if she finds a new partner.

“All my life I have worked to raise them and support them and the family. Now I want to think only about myself and live the life I want to,” she says.

Someone in the kitchen

Men and women typically want different things from live-in relationships, according to Natubhai Patel, 71. He started his non-profit dating service, Anubandh Foundation, after the 2001 earthquake in Gujarat. Around 25,000 people were killed in the quake and many survivors were left without a spouse.

Patel says while many older Indian women want companionship, many potential male partners are looking for someone to manage the kitchen.

Savita Desai, 69 is happy to do that. She makes lunch every day for her live-in companion Hiten Parekh, 70, to take when he goes to work in Ahmedabad, Gujarat. Those aren’t their real names. The couple requested to use aliases to avoid any “social embarrassment.” They say they’re happy for their friends to assume they’re married.

Parekh has a wheat allergy and says, in the past eight years, Desai has taken care of him like his “own mother.”

Parekh and Desai initially faced opposition from his sons, who live in the same city. “Gradually, they realized I needed someone to take care of me and came around, as did hers,” he said.

Desai’s children live in the US and she said life with Parekh is comfortable and easy. “You need a support structure in your old age and I have it now. I don’t mind taking care of him in return,” she said.

Some women say their days of running a household are over and believe that India needs to move on from its traditional, patriarchal system.

Jayashri M has thought about looking for a partner through organizations in her home town Bangalore, in southern India, but the 62-year-old, who has never married, says the “expectations involved” stopped her from signing up.

“Companionship is much needed, but I’m afraid many older men were so used to being taken care of by their now deceased wives that they are looking for someone to run their house and take care of them in old age. That’s not my idea of having a companion. I don’t want additional responsibility,” said the former schoolteacher.

Patel and Damle agreed it’s harder to attract women to their dating services. They offer discounts and other incentives, but Patel said there are still far fewer women on his books than men.

“I have the details of 12,000 men over 55 across India from the get-togethers we have held so far. Unfortunately, I have the details of only 1,000 women,” he said. It’s still culturally taboo to look for a partner at an older age, especially in more conservative smaller cities of India, he added.

As an extra incentive to women, Patel’s foundation invites men who enter a new live-in relationship to put money into their partner’s account each month or to invest in an apartment in the woman’s name, so that she has financial security in case of a break-up.

“I do this as most women who come forward for companionship are more vulnerable than men,” he said.

Women in traditional Indian households often depend on men to take care of their finances, including handing over any money they make to their husband. Family funds are often controlled by the eldest son after the father’s death and many older women in middle-class families may have no savings in their names if they’ve never worked.

Damle, from Happy Seniors, said he doesn’t believe in offering financial benefits to women signing up to this agency, because “we want companionship to be the main reason women say yes, not money.”

But he does make it easier for them to join. While men have to pay Rs 5000 ($65) to join, women can do so for free. “Because it is a massive step for many older women to even think of approaching the organization,” he explained.

Relationship counselor Hema Yadav-Kadam thinks that many senior citizens and their children are confused about what constitutes a live-in relationship.

“Many older people would like to get into it but hesitate because of society looking at living together as something immoral,” said Yadav-Kadam, who works with Damle to speak with children who oppose their parent’s decision.

“Fear of losing out on their inheritance, having a new contender in their parent’s will and the inability to deal with the social disapproval — that is inevitable and common — is what makes most children oppose (a new relationship),” said Yadav-Kadam.

Damle believes a live-in arrangement is ideal for older couples as it gives them a sense of independence within the relationship and avoids the paperwork and legal complexities of marriage.

Often people receive retirement pensions in their deceased spouse’s name or are entitled to a share in the property their husband owned. The right to those assets may end when a woman remarries, making it preferable to live with a new partner rather than getting wed.

Before ruling on the social aspect of living together in 2015, India’s Supreme Court ruled in 2013 that that living together was similar to marriage and that women had the right to inherit their partner’s property.

Before they begin dating or living together, Damle invites potential couples to sign an agreement spelling out everything from cooking responsibilities to joint finances. They draw up a will and even note down their expectations about sexual relations.

NM Rajeswari, 72, of Hyderabad in Southern India, and B Damodar Rao, 74, met eight years ago when Rao, a widower, registered with Thodu Needa, a non-profit Rajeswari runs to find companions for older adults.

They didn’t tie the knot. Instead, they exchanged garlands in front of their supportive children — an important step in a Hindu wedding ceremony. For many couples planning to live together, it symbolizes not just social validation, but is an acknowledgment of their partnership.

“Our society needs to understand and accept the need for emotional and even physical support at any age. This stigma (of late life companionship) has been running in the society for so long but with time it will hopefully change,” Rajeswari said.

Rajeswari’s daughter, Radhika Lakshmi, said social disapproval didn’t cross her or her siblings’ minds when her mother started looking for a new companion.

“We didn’t want to restrict her life or happiness because of what society thinks. Why should anybody have that right?” she asked.

Meena Lambe, 61, married her live-in partner, Arun Deo, 72, because his children were keen for their relationship to get the social stamp of approval. She would have been happy to remain as live-in partners, she said.

“My advice to all those who wish to find a companion later in life would be first to weigh the pros and cons and preferably be in a live-in relationship rather than marry, as one’s habits are less alterable by this age.”

When Kulkarni and Yardi decided to move in together, it wasn’t without opposition, but they did it anyway.

Yardi’s daughter initially wasn’t in favor of their decision, though she visits the couple regularly now. She changed her mind after several interactions with Kulkarni. “She was assured I would take care of her father,” Kulkarni said.

They are often asked by neighbors and friends if they wish to marry but the couple say they have no such plans.

“We are happy and want to keep things as they are,” Kulkarni said. 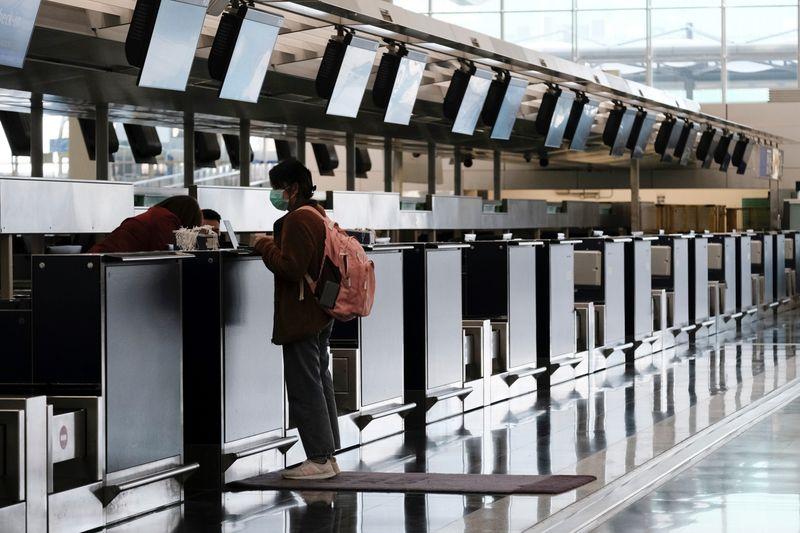 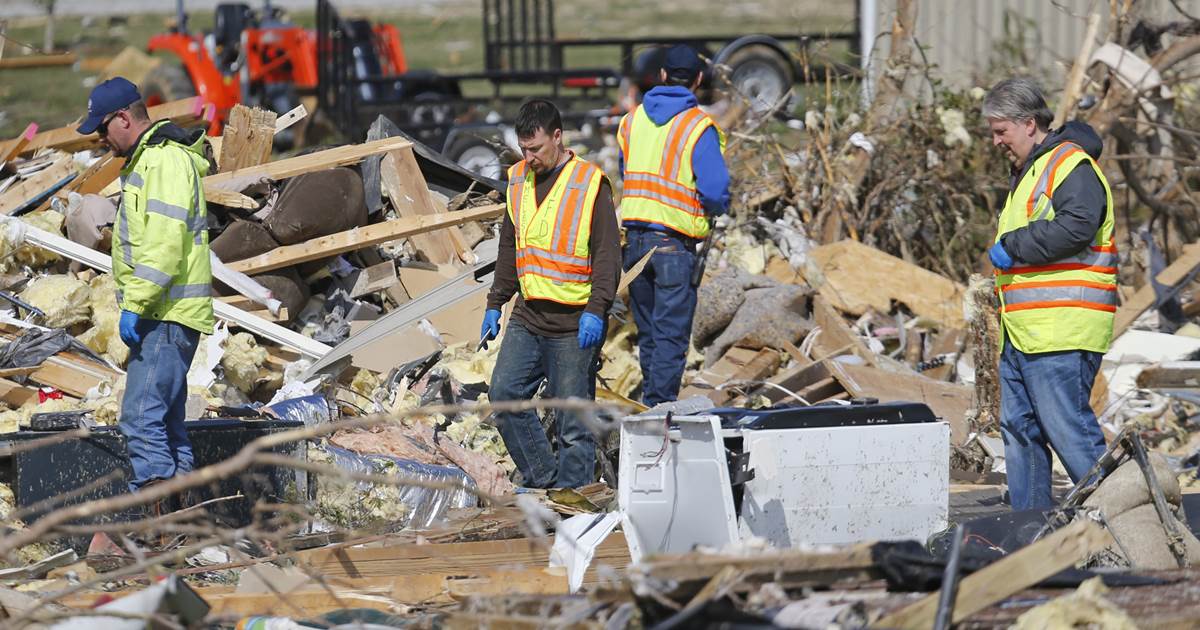 Dozens of people are still missing in Tennessee after the second deadliest tornado in state history ripped through Nashville and nearby areas, […] 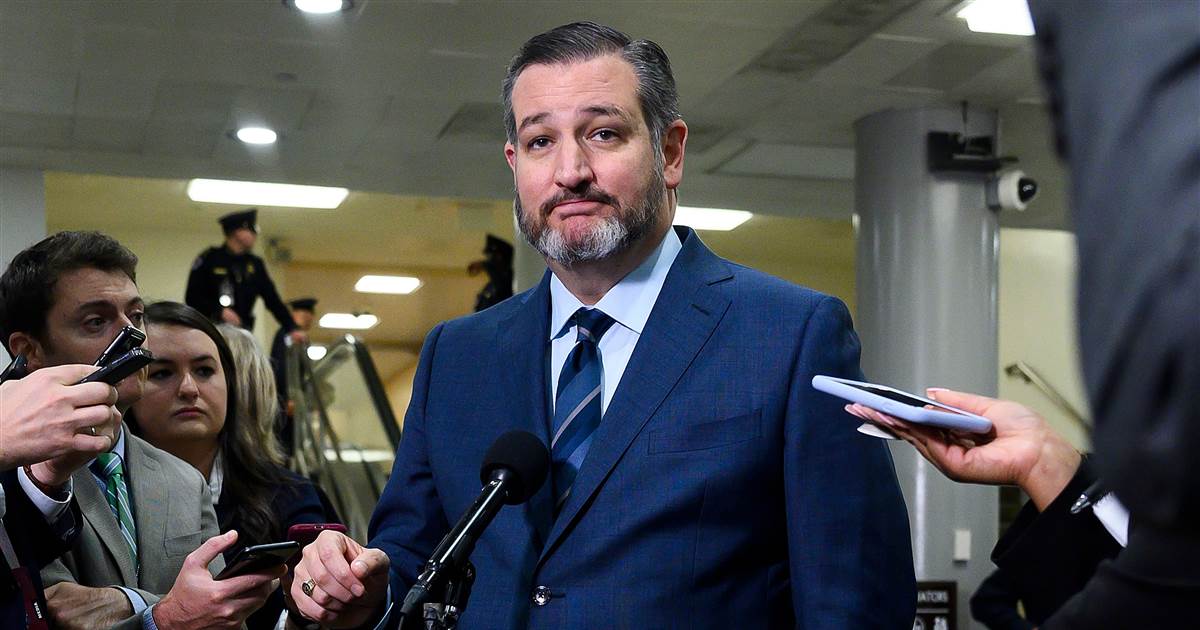 WASHINGTON — Members of Congress are becoming increasingly anxious about coronavirus, and there is growing pressure on leadership to take steps to […] 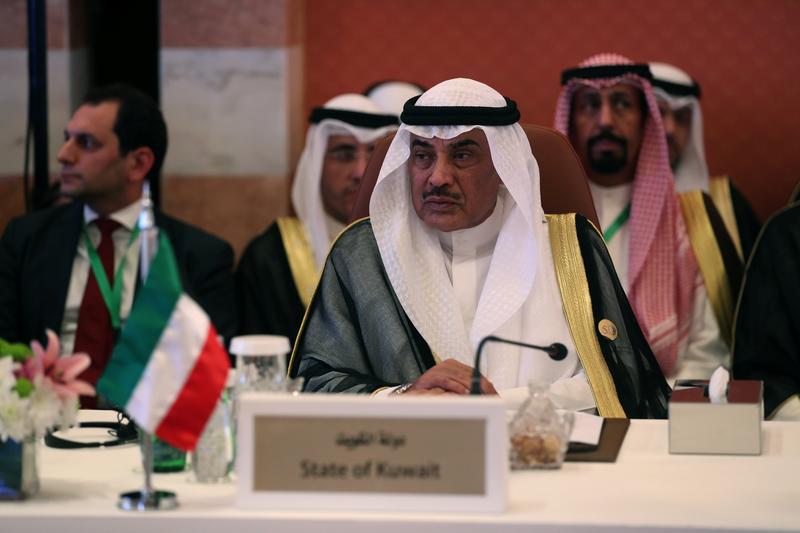