WASHINGTON — Two governors from opposite parties issued warnings Sunday to Americans celebrating the Independence Day holiday as the coronavirus pandemic continues to rage across the country, stressing the importance of wearing masks to curb the spread.

In an interview with “Meet the Press,” Gov. Phil Murphy, D-N.J., whose state saw one of the earlier coronavirus spikes, recounted the “enormous price” the state has already paid — more than 13,000 dead from the virus.

Murphy said Americans should continue to follow public health guidelines but also called for a national strategy that he said is imperative to controlling the virus’ spread. The White House has repeatedly deferred to state and local officials, instead offering unenforced guidelines and sending mixed messages on things like masks.

“We are only as strong as our weakest link,” Murphy said of the state-by-state strategy.

“We went through hell. We cannot afford to go through hell again. We need a national strategy, I think, right now, and masking has to be at the core of that.”

There have now been more than 2.8 million coronavirus cases and over 130,000 deaths attributable to the virus, according to an NBC News analysis. Nine of the worst days for new cases in the U.S. came in the past 10 days, and 17 states reported single-day highs in cases last week alone.

President Donald Trump has repeatedly said that the rise in infections is a result of an increase in testing. It’s true that America has ramped up its testing capacity in recent months, now testing at least 600,000 people in each of the last five days, according to The COVID Tracking Project. But health experts tell NBC News that an increase in cases can’t solely be explained by testing, and that decreased social distancing has also played a significant role.

“We’ve done this natural experiment a couple of times now. We know that when we go back to living like we we’re not living in a pandemic, we end up with more cases. And those end up in more hospitalizations, which lead to more deaths,” said Dr. Nahid Bhadelia, the medical director of Special Pathogens Unit at Boston University School of Medicine.

“Testing allows us to find more people in the community. More people lead to more cases, it’s as simple as that. Finding those cases allows us to break those chains of transmission.”

Over the weekend, Trump traveled to South Dakota for an Independence Day celebration. While masks were available to attendees, neither masks nor social distancing were required, something Gov. Asa Hutchinson, R-Ark., lamented on “Meet the Press.”

“When you look at a national level, it is good that we celebrate our independence. That was a controlled environment, it was outside at Mount Rushmore, I think it inspired many,” he said.

“There should have been face coverings, they should have followed guidelines there. I know that it’s a controlled environment, so it’s really more about setting an example.”

Hutchinson said that he is “leading by example” and wearing a mask when he’s out in public, calling masks an important way to slow the virus to help jumpstart economic activity.

But while pointing to his executive order that allows localities to mandate face-coverings, he noted that measure stopped short of a statewide order. And he stressed the importance of a “balance” as many Americans suffer from “virus fatigue.”

“You have to live life, you can’t stop every activity, but you have to be in a controlled environment in which you do protect yourself and others and take it seriously,” he said.

“There’s this balance of reflecting to America how serious this is and how a big a fight we’re in but at the same time, let’s manage our way through this so that we can continue to live life, even though we are all very very tired of this virus.” The novel coronavirus outbreak A Mass in Rio de Janeiro honors coronavirus victims around the world on Wednesday, March 18. The novel […] 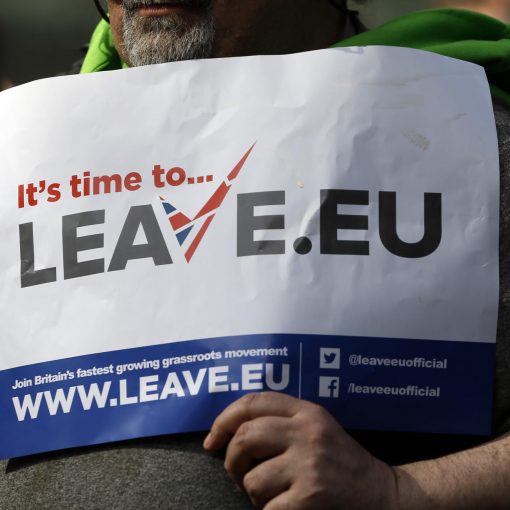 LONDON (AP) — Five years ago Wednesday, Britons voted in a referendum that was meant to bring certainty to the U.K.’s unsettled […] 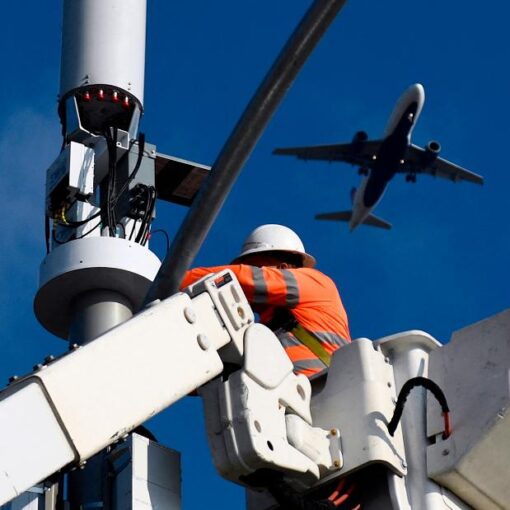 Warnings of mass flight cancellations came as AT&T, Verizon and the airline industry hashed out a deal to delay 5G deployment around […]