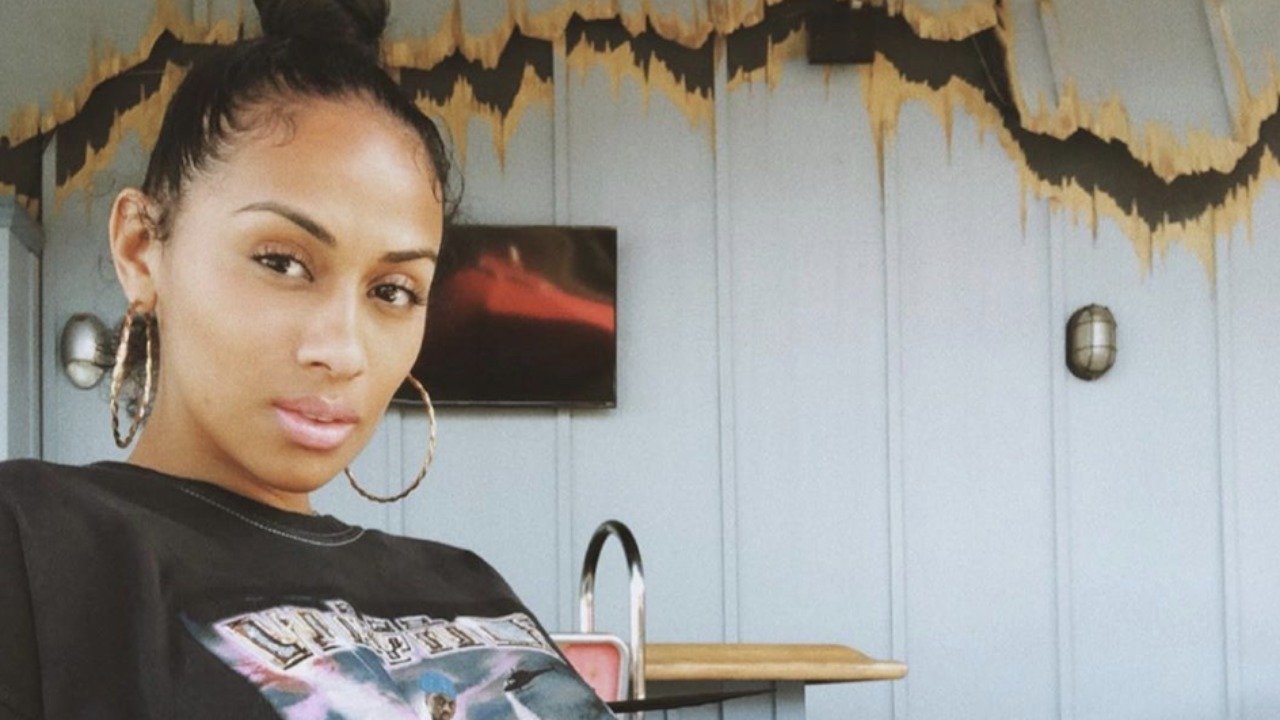 Carmelo Anthony’s alleged baby mama is sick of having to watch the basketball star pretend to be someone he’s not on social media. She took to Twitter where she aired her grievances.

Mia Burks is the mother of Carmelo’s toddler daughter that looks exactly like him. The child was conceived while he was allegedly on the outs with Lala Anthony but the couple were and are still married.

Recently, Melo and his son covered an issue of Slam magazine where he also served as a guest editor.

He captioned the father-son photo with: ‘Drawing strength from the past. Fighting for justice in the present. Demanding equality for the future. Honored to serve as guest Editor in Chief, to share my perspective and help amplify the voices of so many others in this fight for social justice through this special issue of Slam. Link in bio.’

‘the same justice system Carmelo Anthony is exposing, he is using his ‘celebrity status’ to manipulate beyond the law.’

She went on to say: ‘you can speak the truth until you’re blue in the face and people will still try to change it to a narrative that is suitable for them.’

‘basically, i guess we just have to let people cap in peace,’ Burks added.

This comes after the second Mother’s Day in a row that Carmelo shouted out Lala and not Mia.

While some feel that the model deserves the treatment she is receiving because she hooked up with a married guy, others want both Carmelo and Lala to be mature about the situation and acknowledge his alleged child.

‘Finding Freedom’ Book Has Made William and Harry’s Relationship ‘Worse’

Stacey Solomon: Loose Women star ‘runs off’ as she opens up on worries 'So nervous'

Chris Evans blames wife for eventful weekend: 'The fact we both recovered is a miracle!'